Rare documentation in the steppe: a hyena carnivores a young Ofer, and everything was recorded on camera - voila! tourism

In the photos captured by the lens of the "Hamarg" cameras near the settlement of Zofar in the Arava, a hyena was seen preying on a Negev deer. Details here! tourism

Rare documentation in the steppe: a hyena carnivores a young Ofer, and everything was recorded on camera

In the photos captured by the lens of the "Hamarg" cameras near the village of Zofar in the Arava, the predator was seen on a hunting mission.

Dotan Rotem, open areas ecologist at the Nature and Parks Authority: "The spectacular scene shows a healthy ecosystem where the predators feed on the prey and not on human products"

A female deer brings a deer to her home in the Jerusalem mountains (Photo: Amir Laban, Society for the Protection of Nature)

In rare documentation from the weekend, a striped hyena, the largest of Israel's predators, was seen on the lens of the "Hamarg" cameras near the settlement of Zvi.

The striped hyena is found all over Israel, and in the pictures we witness documentation from the desert, which is very encouraging in relation to the ecological life of the animals in the area.

Dotan Rotem, an open areas ecologist at the Nature and Parks Authority, said, "This is a rare event that was caught on camera, an ofer that may have been hiding in the area as part of an attempt to disguise its presence in the area. The hyena located it and preyed on it. Hyenas live all over the country, and are considered omnivores, meaning they also feed on vegetarian agricultural produce And unfortunately also from garbage and food scraps. Hyenas are considered sanitary by nature, similar to eagles, they feed on carcasses and sometimes know how to digest the bones as well. Probably due to their proximity to humans, there are areas in the country whose density is relatively high compared to what we would expect, relative to the amount of food that a natural area can provide. In other words, the hyena population may have increased due to excess food and garbage left in open areas, which always brings us back to the importance of maintaining sanitation. Recently, we see quite a few hyenas run over, unfortunately, this indicates their large range of wandering, which forces them to cross many roads. The hyena is not dangerous to my children. Adam, and is considered the biggest predator in Israel."

"This is a rare event caught on camera."

The hyena with the lead between its teeth (photo: Nature and Parks Authority)

"The Negev deer, which in the current scene is used as prey for hyenas, is a species that feeds and lives in areas of acacia trees which are key species in the Negev, meaning that without the acacia trees the ecosystem will change radically. The Negev deer is found in Israel in the arid areas of the Negev and the Arava. The spectacular documentation shows a healthy ecosystem where The predators feed on the prey and not on human products," adds Rotem.

The hyena is considered the largest predator in Israel (Photo: Israel Nature and Parks Authority)

The organization's activities include: the centralization of the national program for monitoring continental biological diversity;

The State of Nature report; development and updating of the national index for biological diversity and the project for the national assessment of ecosystems and human well-being. The partners in the organization are the Steinhardt Museum of Nature, Tel Aviv University, the Ministry of Environmental Protection, the Nature and Parks Authority and the National Fund for Israel.

Rare documentation in the steppe: a hyena carnivores a young Ofer, and everything was recorded on camera - voila! tourism

Rare documentation: the Rams drank water in the steppe, but then a wolf came - voila! tourism

Watch a rare record of a white violin dotted in the Gulf of Eilat - Walla! Tourism

Documentation from the helmet camera: this is what the sinkhole that opened at the pool party looks like - voila! news 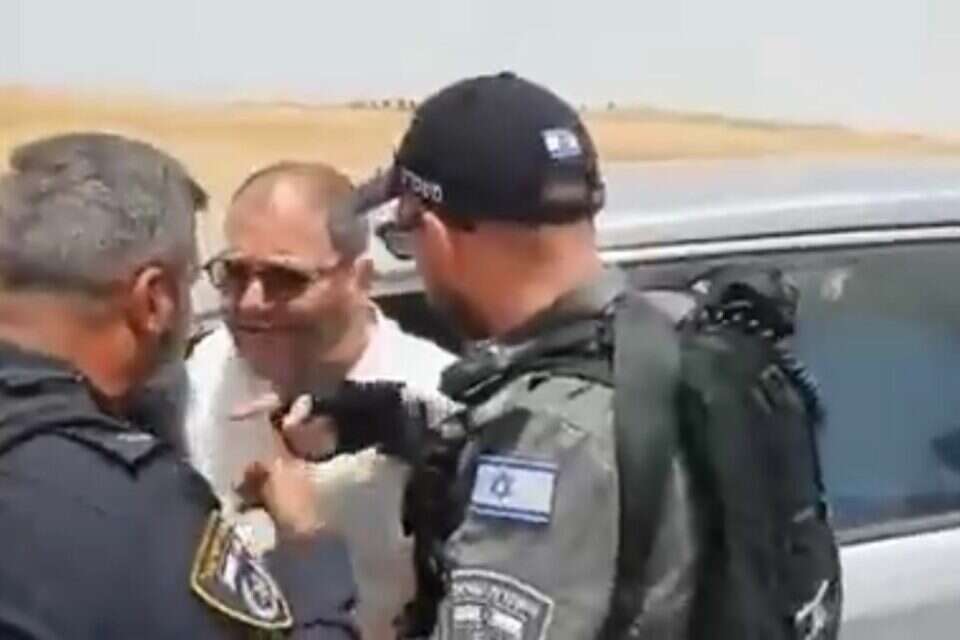 Entered through the window, trampled the furniture and ran away: a wild boar broke into an apartment in Haifa - voila! news

Coming to the bankers: a bull entered a Leumi branch in Lod and started rioting on the spot - voila! news

There are no such cuties: Ofer Schechter and Ksenia got married! - Walla! celebs