To the south of Los Angeles, one of the most imposing buildings in the city has been rising for five years.

The building is built right in front of the Natural History Museum, one of the essential stops for visitors.

In that same place, the Exposition park, you can see the space shuttle Endeavor.

The great attraction of the area promises to be, from 2025, the Lucas Museum of Narrative Art.

It is perhaps after hearing the name of George Lucas, the creator of

who has become a patron of art along with his wife, the financier Mellody Hobson, that one begins to find form in the work.

This is made up of a flattened sphere that is joined by a bridge to a huge oval that overlooks the University of Southern California, which is across the street and where the

The museum area occupies almost four and a half hectares.

And it seems that in the middle of the place a spaceship landed.

The museum team is quick to refute the popular impression.

"It's the foliage of a tree," said Sandra Jackson-Dumont, director and president of the institution, a few days ago to a group of journalists who visited the work, including EL PAÍS.

Ma Yansong, the architect responsible for the design, was reportedly inspired by the tall trees in the Exhibition Park.

So his office, MAD Architects, proposed a huge pavilion that serves as a welcome to what is a space designed to unite the community in a lower-middle-class residential area where 70% of the inhabitants are black or Latino.

To underline the botanical wink, the project foresees the planting of 200 trees throughout the land.

The center lobby, dedicated to narrative art, in an illustration by the architects.

This week, workers were putting up the panels, which will give the building a futuristic look.

They are more than 1,500 light colored and curved.

They have been specially manufactured in northern California with fiberglass by robots.

15% of the façade is also occupied by solar panels, which will help reduce the center's environmental impact.

Jackson-Dumont, who worked at the Met in New York for five years before coming to the West Coast, proudly says that there is no single straight line inside the Lucas Museum.

He shows it off during a tour of the fourth floor, where the vast 7,600-square-meter main exhibition space is located.

The idea of ​​the museum was born in 2014, when Lucas and Hobson launched a competition to design a center that would be located in Chicago, a city where Hobson has great power thanks to the investment fund he chairs, Ariel, which has a budget of 16,000 millions of dollars.

But a problem with the land forced the couple, who married in 2013, to look for a new location.

They found her a few meters from the Coliseum, which has been the home of two Olympic Games and two Superbowls.

After five years under construction and an investment of 1,000 million dollars, the center has begun an aggressive public relations campaign to remind that the project did not go out with the pandemic, but has only been delayed once again.

The opening date has been pushed back from 2022 to 2023 and now from 2023 to 2025. The team has held press events and conferences in New York this week with art people to raise expectations.

The board of directors of the institution is made up, in addition to the founders: Henry Bienen, president emeritus of Northwestern University;

sociologist Arne Duncan, who was Secretary of Education during the Obama Administration;

Recently, they have revealed some of the works that have been added to the catalogue.

Among which is a painting by Robert Colescott, a painter considered subversive with a work full of sarcasm and irreverence.

The canvas bought by Lucas and Hobson shows a black George Washington crossing the Delaware.

All those who appear in the painting are African American, a comment by Colescott on the absence of the black race in the historical landmarks of the United States.

The director of the museum believes that there will be no permanent collection once the museum opens its doors.

Her idea, she confided as she showed the progress in the exhibition spaces, is that the works be rotated within the museum.

Before their marriage, Lucas and Hobson were already art collectors.

She was mainly interested in works by African-American artists such as Norman Lewis or Kara Walker.

After their union, they have looked for pieces that interest them both, such as canvases of the New York phenomenon of the 80s and 90s, Jean-Michel Basquiat or the photorealistic works of Chuck Close.

A space dedicated to narrative art can sound confusing.

The treasures of the art gallery include objects as disparate as pieces made 2,200 years ago in Egypt, mosaics from the Roman Empire, the post-war works of Normal Rockwell, African art, a replica of Las Meninas made 200 years after Velásquez by John Singer Sargent , photojournalism by Dorothea Lange, a self-portrait by Frida Kahlo, a mural by Judith Baca, art designs from the

"Our intention is to erase the borders between cultured and popular art," says the director.

The Museum will also have two exhibition halls with capacity for 300 people.

“Can you imagine seeing a movie with George Lucas?

He has such an obsession with sound that you have to hear a pin drop to the floor,” Jackson-Dumont said at one of the theaters.

The acoustics were already impressive and not even the soundproofing panels have been put in place.

At one end of the building there will be a library open to the public with the entire Lucasfilm archive, the production company that the filmmaker sold to Disney in 2012 for $4 billion.

Lucas and Hobson bought the Separate Cinema archive two years ago, which includes 37,000 objects linked to the history of film noir ranging from 1904 to 2019.

Painting by Ralph McQuarrie for the production of Episode IV of 'Star Wars: A New Hope', 1975. Lucas Museum 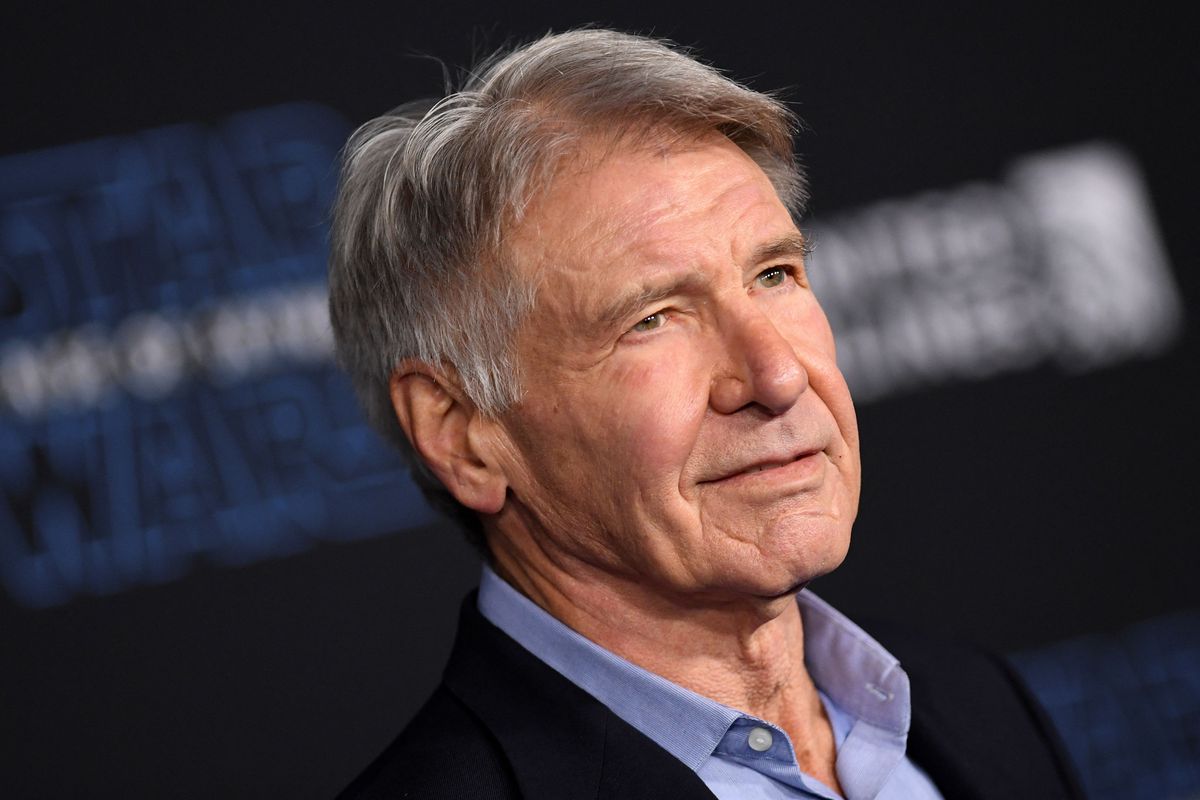 Eight iconic roles of Harrison Ford on his 80th birthday 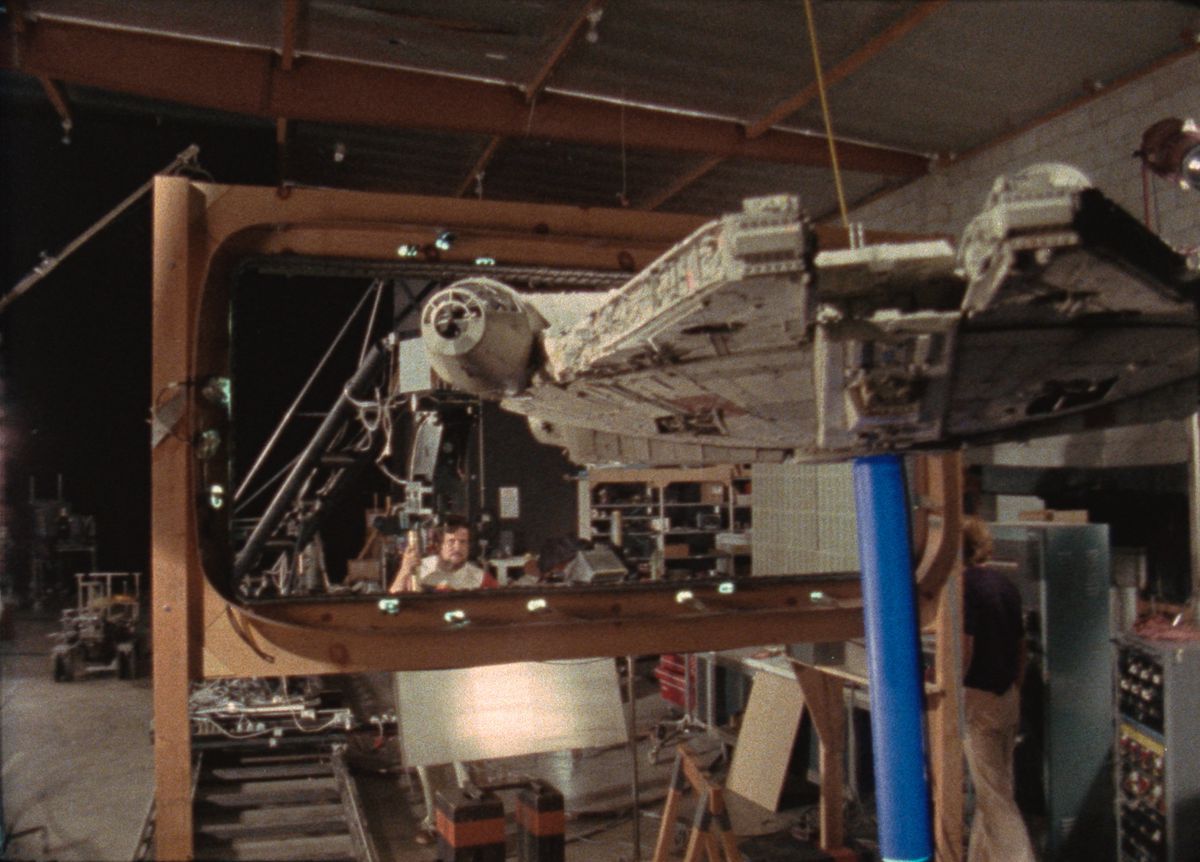 The reason for building Noah's ark was found: the first fake news in history - voila! news 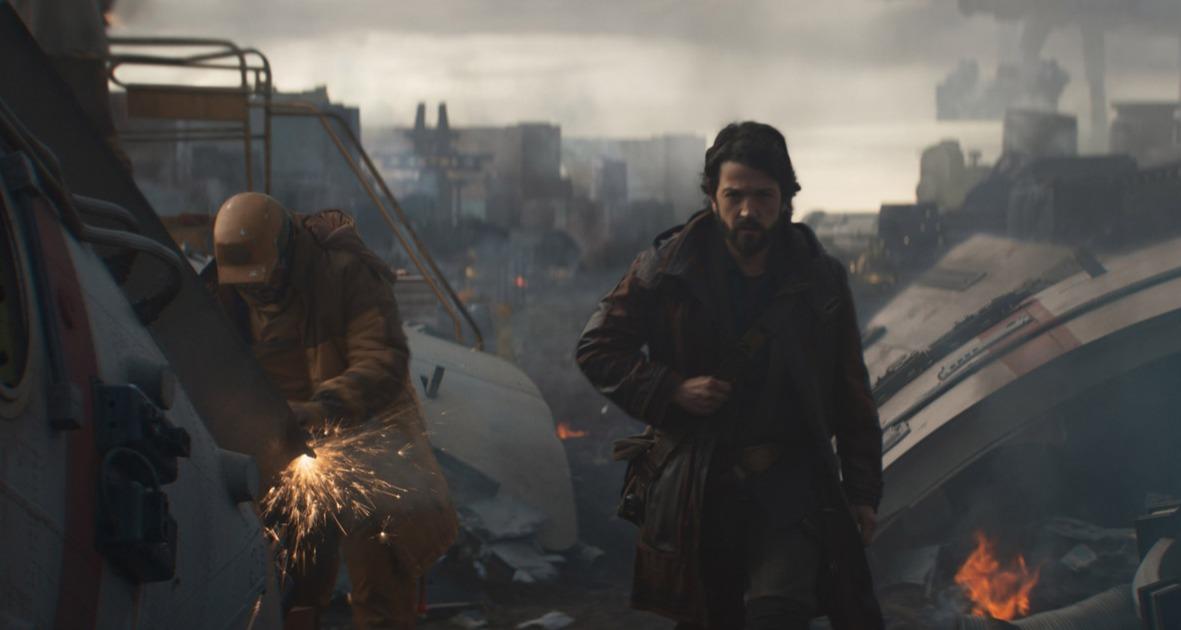 The trailer for Andor, the new Star Wars series, criticized because of an assault rifle 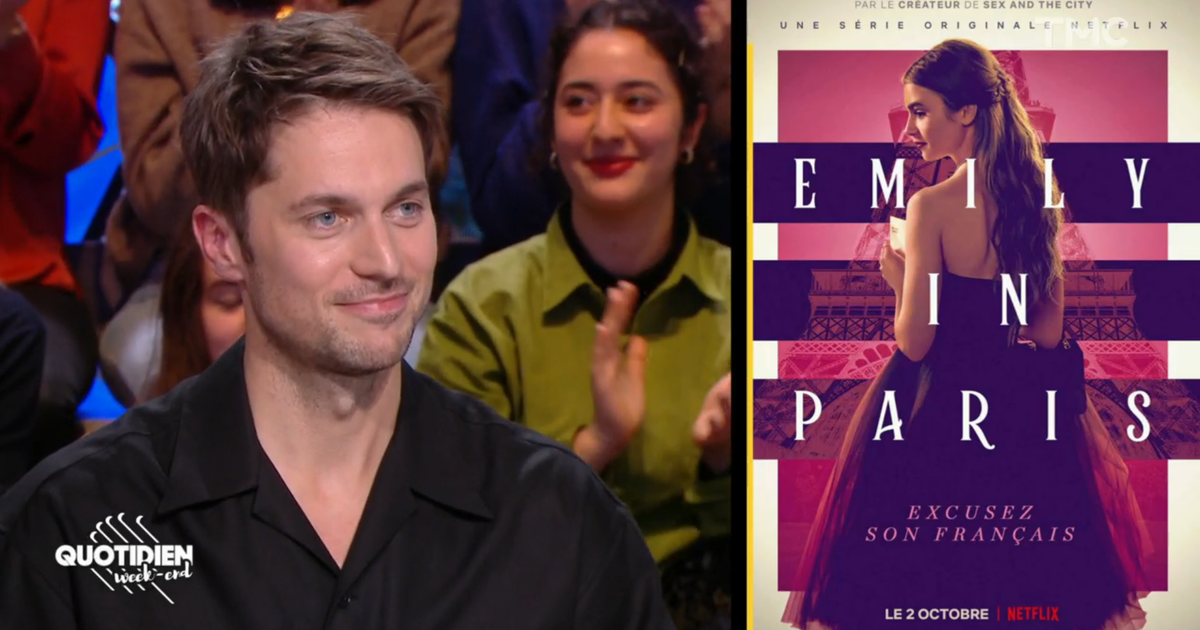 "The Frenchie is the fashionable handbag in the USA": Lucas Bravo is amused by his success in "Quotidien"