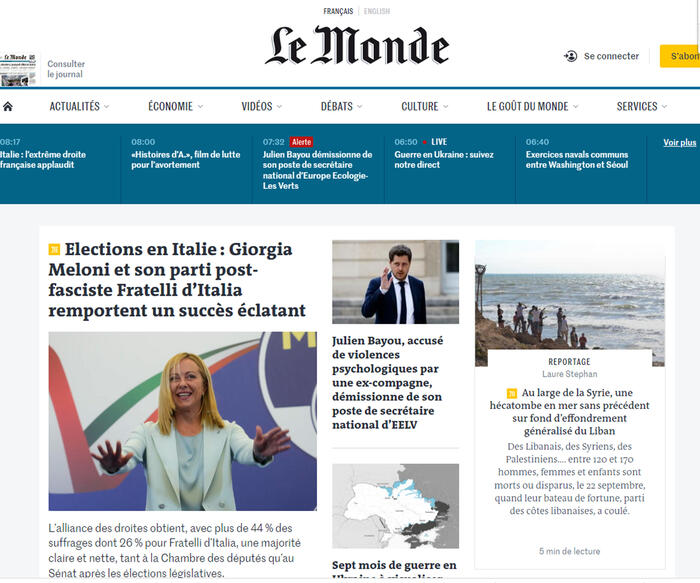 In Germany, the B

underlines, "The right is making itself felt in Rome! Meloni clearly in the lead, probable alliance with Berlusconi and Salvini".

opens with "The extreme right wins the elections in Italy for the first time", "The coalition of conservatives, post-fascists and populists, led by Giorgia Meloni, won 44% of the votes in both the House and the Senate ".

For the British Guardian "Giorgia Meloni greets the 'night of pride' while the exit polls indicate the victory of the far-right coalition", underlining that "The leader of Fratelli d'Italia seems destined to become the country's first female prime minister" .

The BBC in the opening, "Giorgia Meloni: the Italian far right is about to win the elections".

From the Russian Federation

he comments: "The elections to the Italian parliament can lead to a political restructuring of Europe", quoting André Ventura, leader of the Portuguese far-right party Chega.

Italian vote also for the first news of the French

, "Elections in Italy: with over 26% of the votes Giorgia Meloni's Brothers of Italy achieves a historic success".

: "Legislative in Italy: Meloni claims the leadership of the next government".

dedicates the first news to the Italian elections and comments: "Meloni towards victory in Italy: 'Clear message'." It is difficult for the government to last more than two years ". 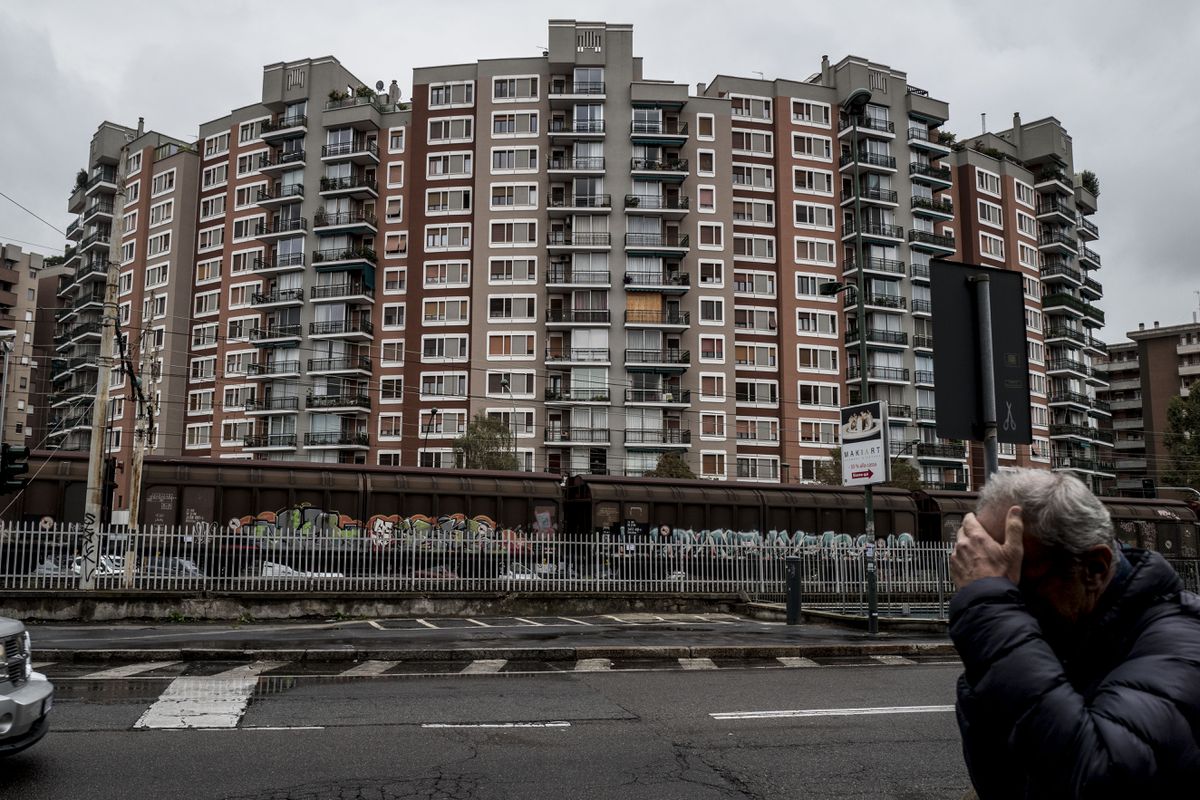 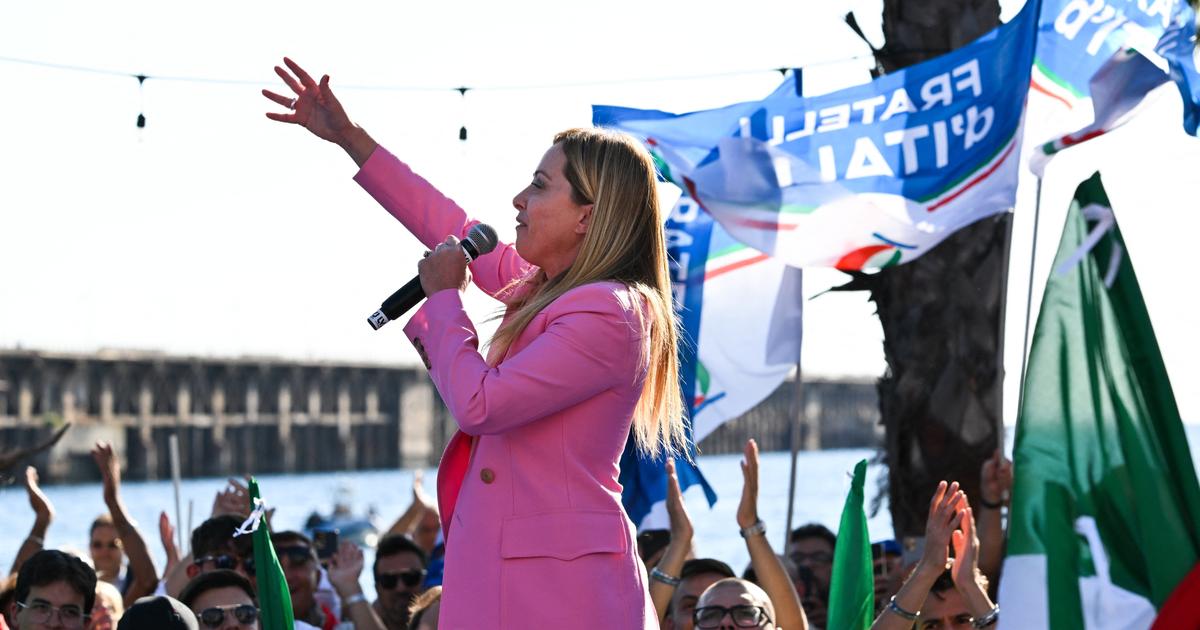 "When opposition to the 'extreme right' is a moral posture" 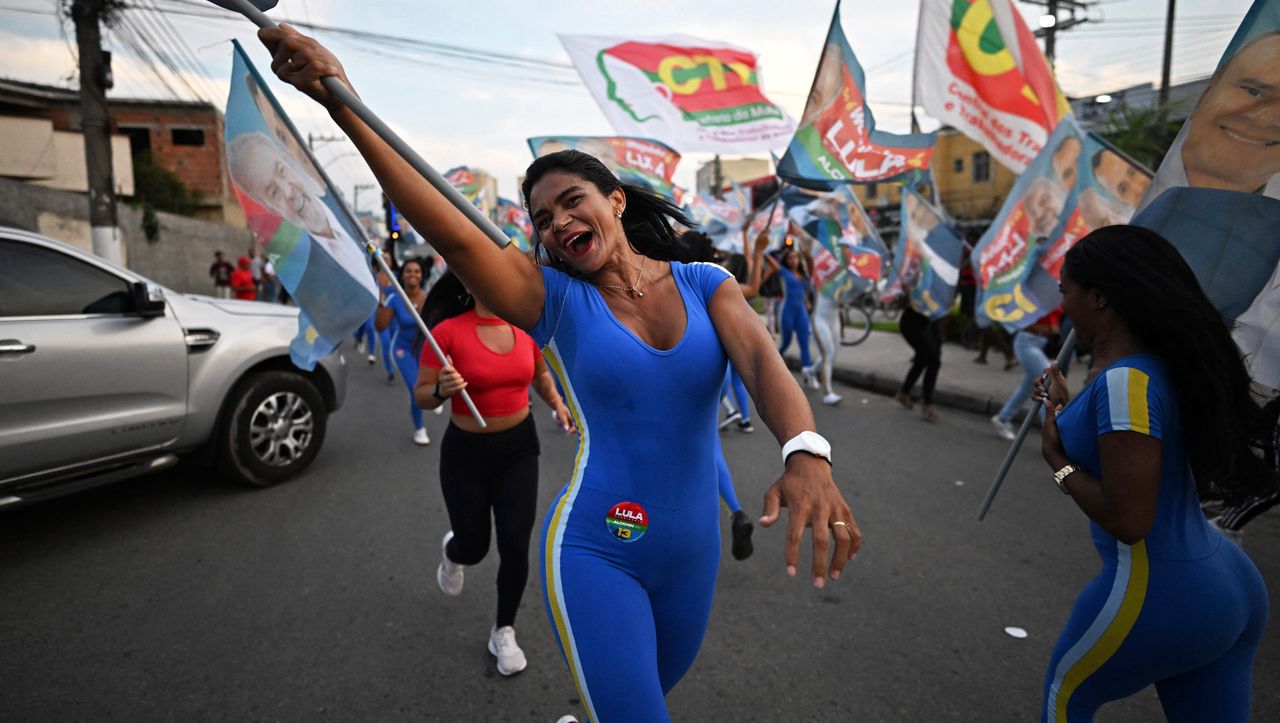 Presidential elections in Brazil: the poor will prevent Jair Bolsonaro 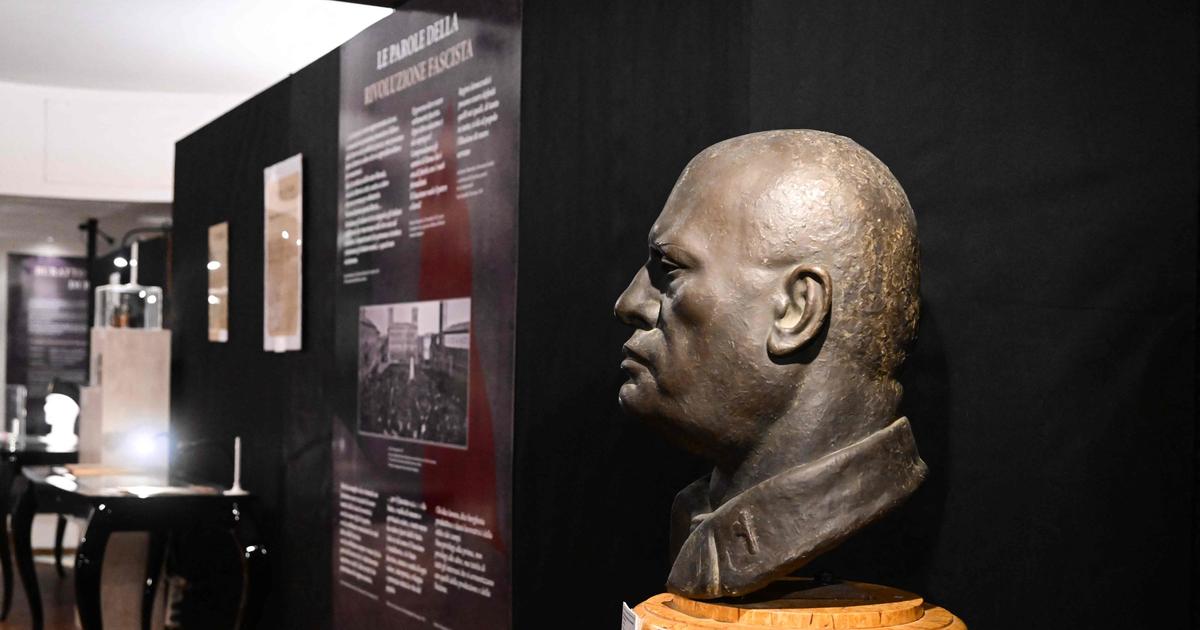 Exhibition: one hundred years after his death, Predappio in Italy perpetuates the cult of Mussolini 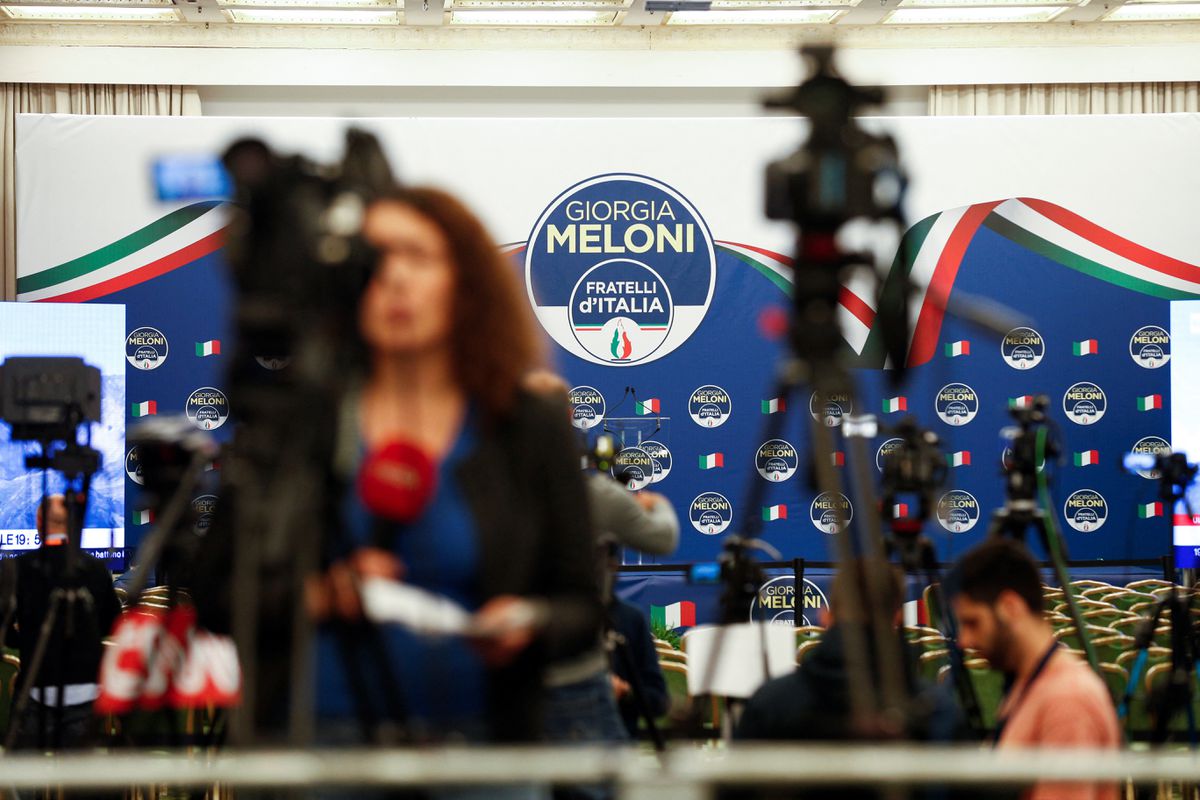 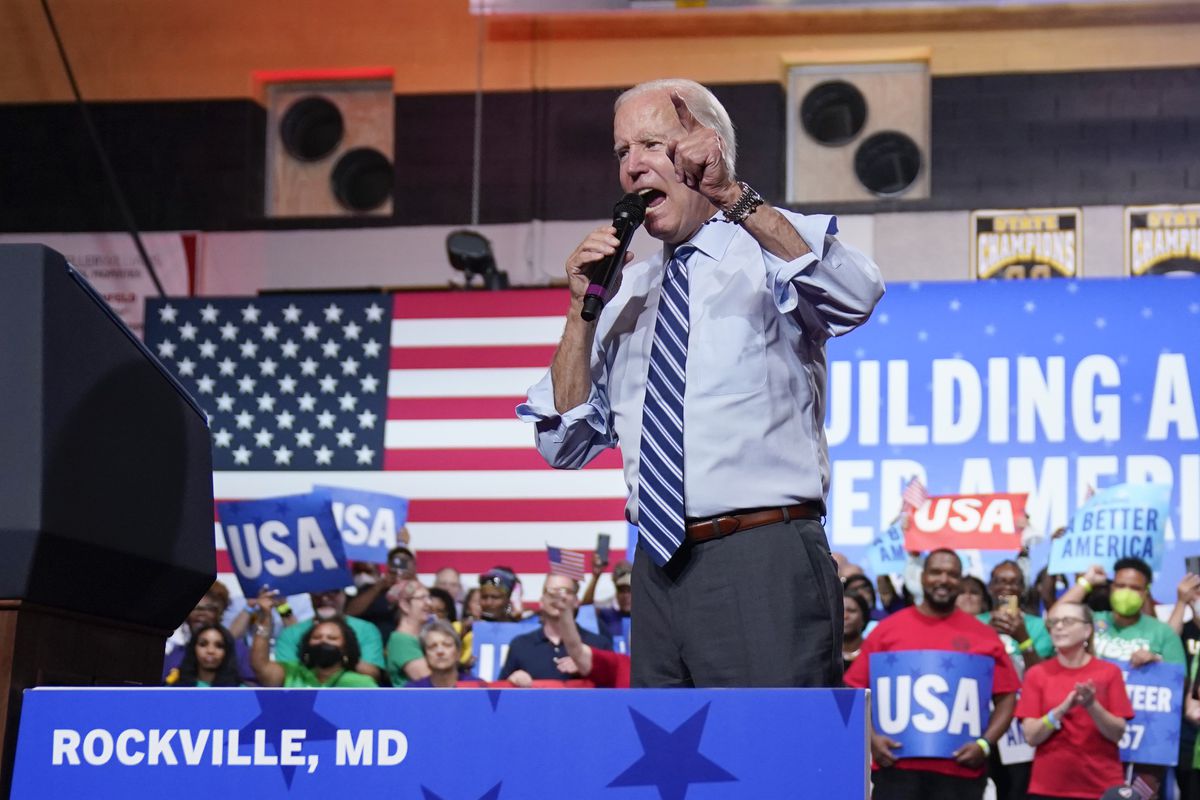 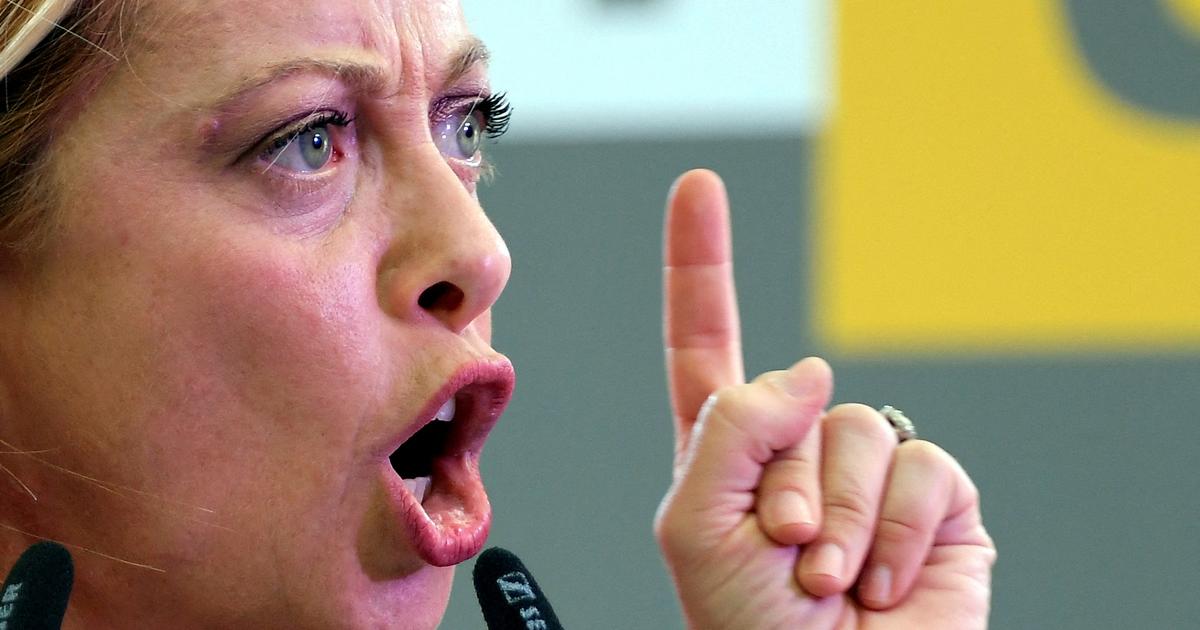 Italy: "fascism belongs to history", according to Giorgia Meloni