In her fourth solo work, the artist takes a leap in her career with a work centered on the soleá Can a show be built with a single dance? Certainly yes, as the Cádiz-born bailaora has come to show us at Seville's Bienal de Flamenco, where she has premiered her new show this Sunday, which bears the curious title of o../o../.o/o ./either. (soleá) .The style could not be other than that of the soleá, the favorite of so many women and, very specifically, of María, who received the Giraldillo al M 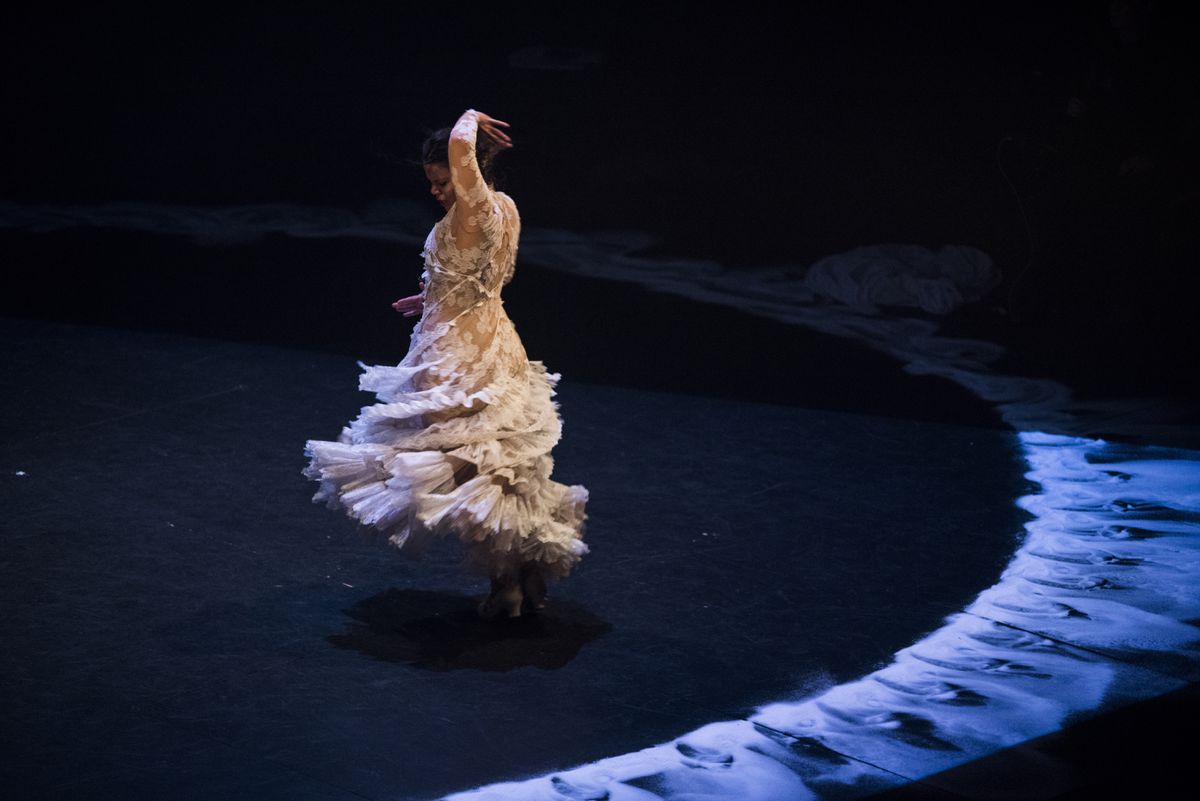 Can a show be built with a single dance?

Certainly yes, as the Cádiz-born bailaora has come to show us at Seville's Bienal de Flamenco, where she has premiered her new show this Sunday, which bears the curious title of

The style could not be other than that of the soleá, the favorite of so many women and, very specifically, of María, who received the Giraldillo al Momento Mágico in the last edition of the Sevillian event "for the start of her baile por soleá ».

Two years later, Moreno has returned to her, but in a very different way.

Her work is an unprecedented study exercise, a dance, musical and rhythmic investigation that is the vehicle on which a great dance work is developed.

It contains all the elements of the style with all its complexity, a special universe within flamenco art.

The playbill itself anticipates that the show is based on the traditional structure of the soleá: “Guitar introduction, exit ayeo, preparation cante, falseta, brave cante, escobilla and soleá por bulería”.

And it's true, during the development of the work all those phases of a dance that is demanding like few others are traversed.

An illuminated white chalk circle dominates the scene as a metaphor for the canon, which seems to contain a character of exclusivity that is not easily accessible.

Once inside, the first thing that is tackled is the rhythm, the difficult 12-beat beat, which persistently exerts its dictatorship (one, two, one two, three, four, five, six…).

The bailaora battles with the percussion and she submits to him, displaying the strength of her feet, until she ends up bending him,

The arrival of the guitar with its chromatism and musicality blurs the iron lines of the circle.

It's not, moreover, a common falseta, it's a very personal touch por soleá with the rank of a concert.

The dancer's movements, released by the blessing of the music, become slow and drawn.

The wardrobe contributes to the purpose.

Cante with all its truth will finally arrive and you have to receive it head-on to soak up it.

The hurdy-gurdy with its ancient and buzzing sound arrives to set the contrast and precede the guitar, which returns in a more classical key and ushers in brave cante.

María is composing with him beautiful and slow dance figures.

She and she again she the hurdy-gurdy, adding density in the final stretch.

Concentration or doubt within a certain self-absorption that gives rise to the brush, which reinforces the guitar.

At the end, with all the musicians inside her, the bailaora finally leaves the circle.

There is something of a rebellion in the movement, a bit of comedy in her gestures.

But chaos arrives and the artist faces her fate of her solitude / her soleá, under the Vivaldi song sung by the cantaora.

In her fourth solo album, María Moreno has taken a qualitative leap in her career, escaping from the parameters by which she is known and valued and facing a complex challenge.

For him, she has once again counted on the operatic director Rafael R. Villalobos, with whom she seems to have found a more than positive understanding.

He also repeats with the costumes of Palomo Spain, it can be said that with better results than in the previous work, and renews the entire musical facet composing a fundamental sound tapestry —singing, guitar, percussion and hurdy-gurdy—, which wraps up and reinforces his intentions.

The musical direction of Pablo Martín Caminero is essential in this unusual work, which has so much to do with an analysis of such an iconic dance as the soleá.

Its apparent destructuring, far from denaturalizing it,

creates parallel universes for each of its elements.

The succession of them transmits a beauty that pinches and excites. 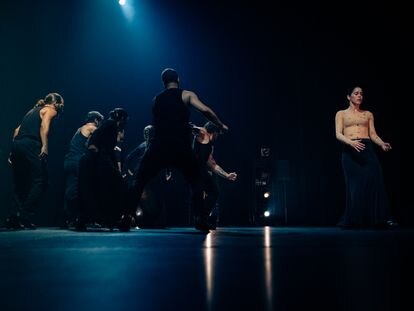 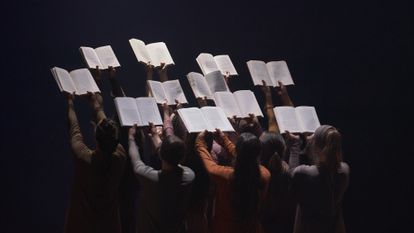 María Pagés: “You will continue to go to nearby places, but to distant ones… who is going to be able to buy tickets” 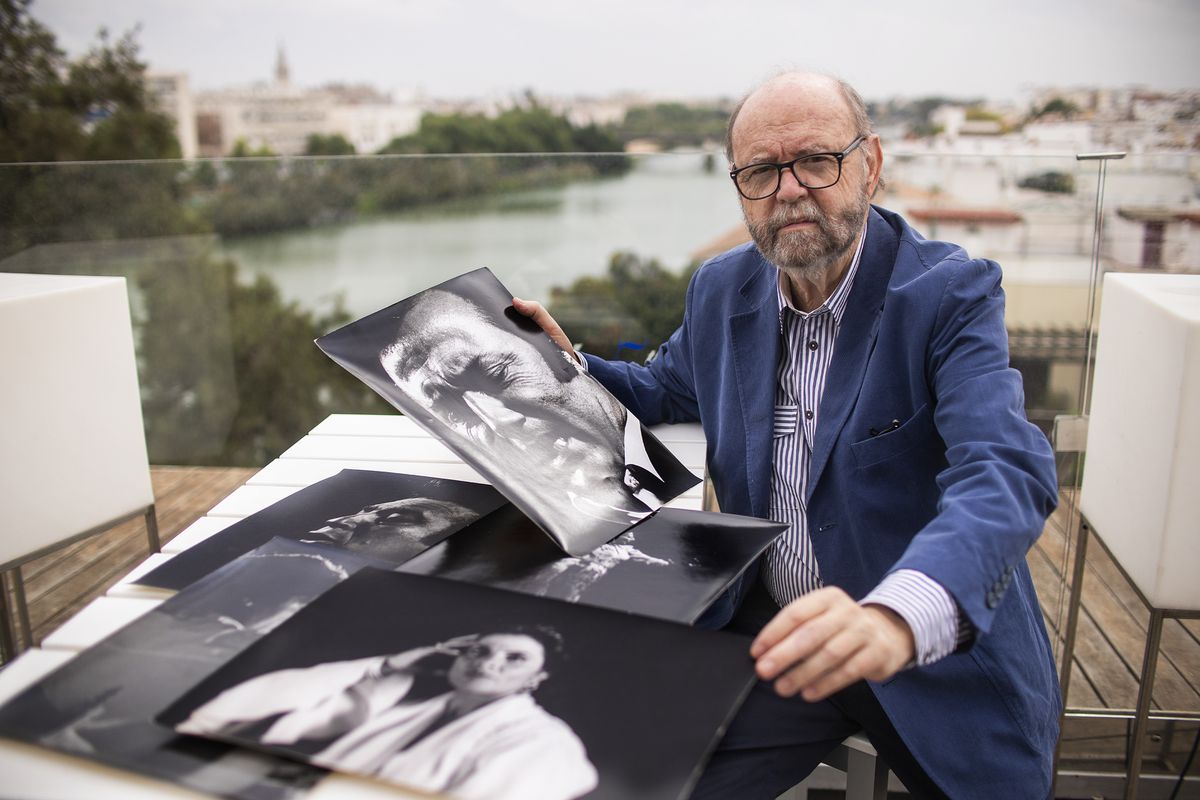 Nobody wants half a million photos recounting 50 years of flamenco 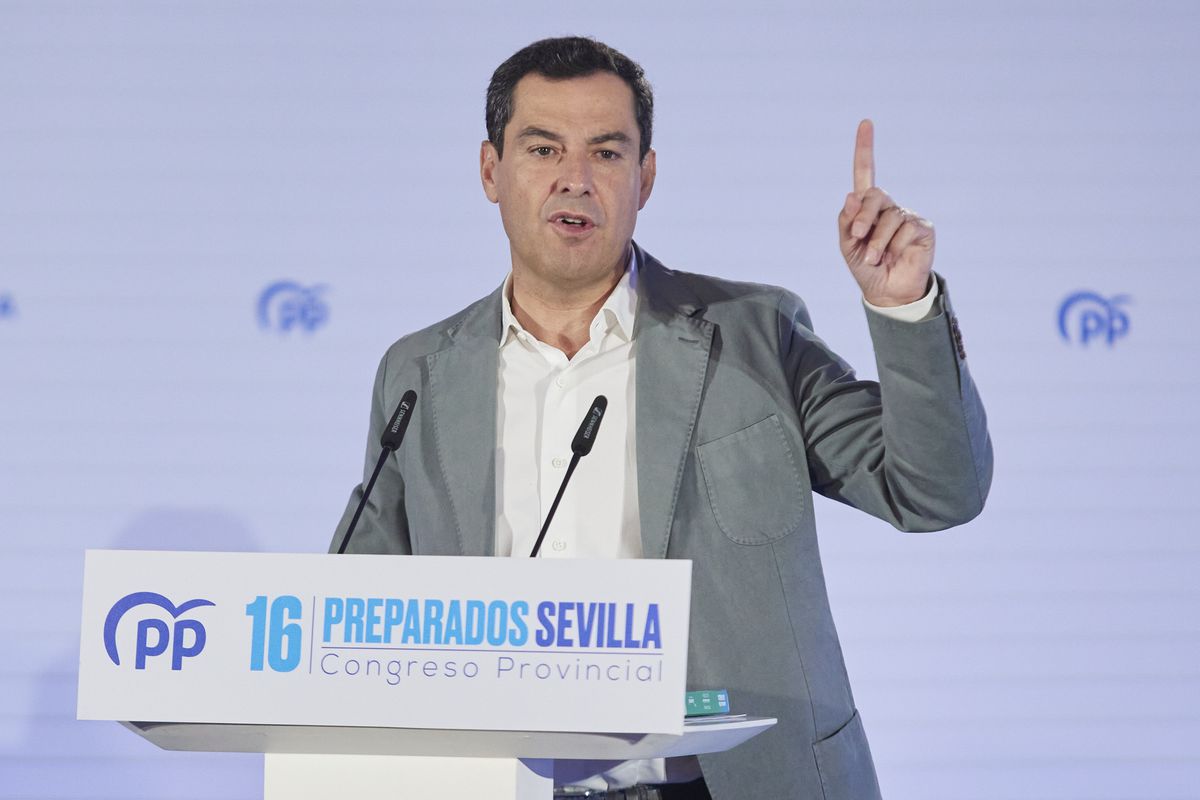 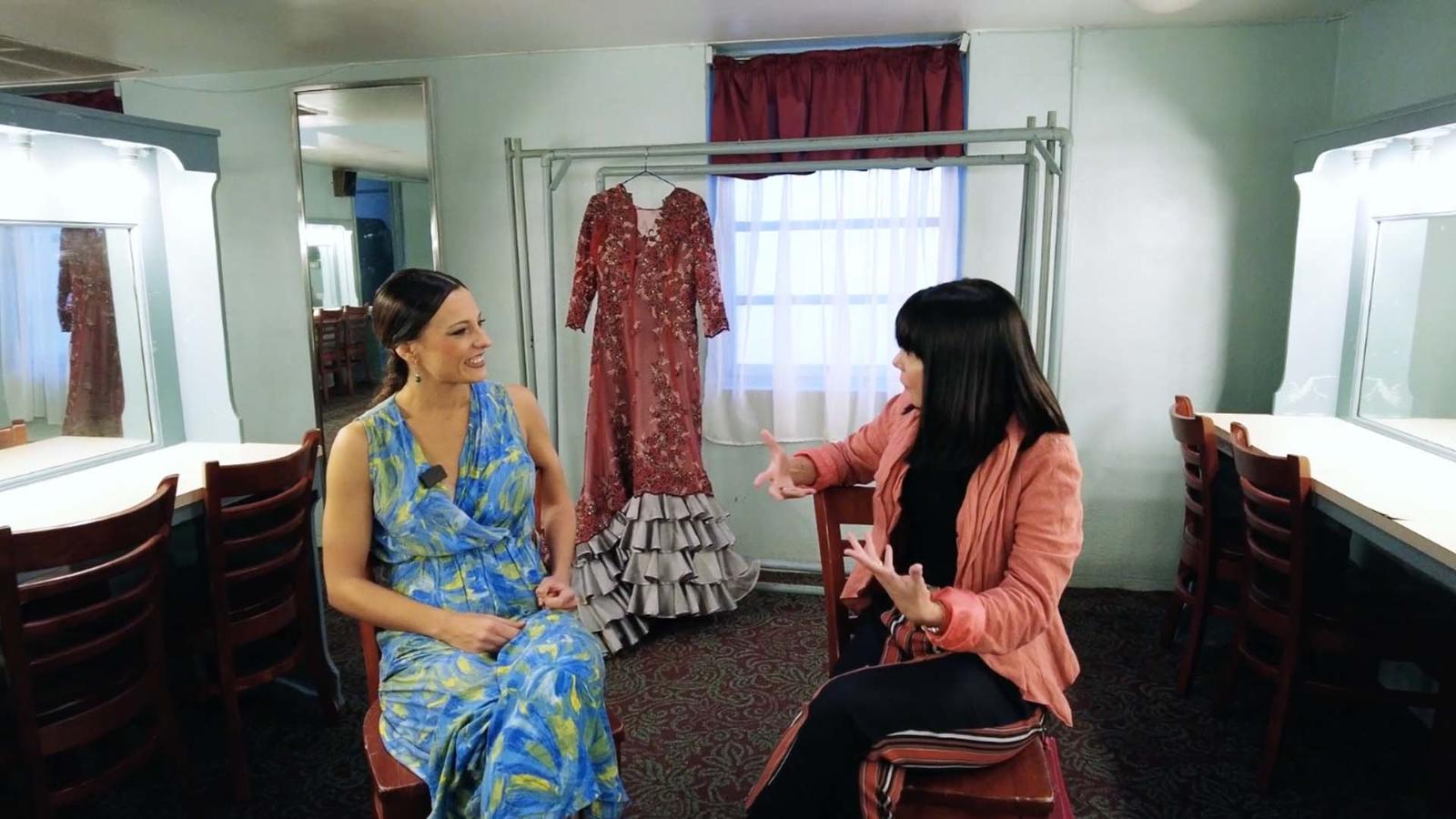 To be flamenco or not 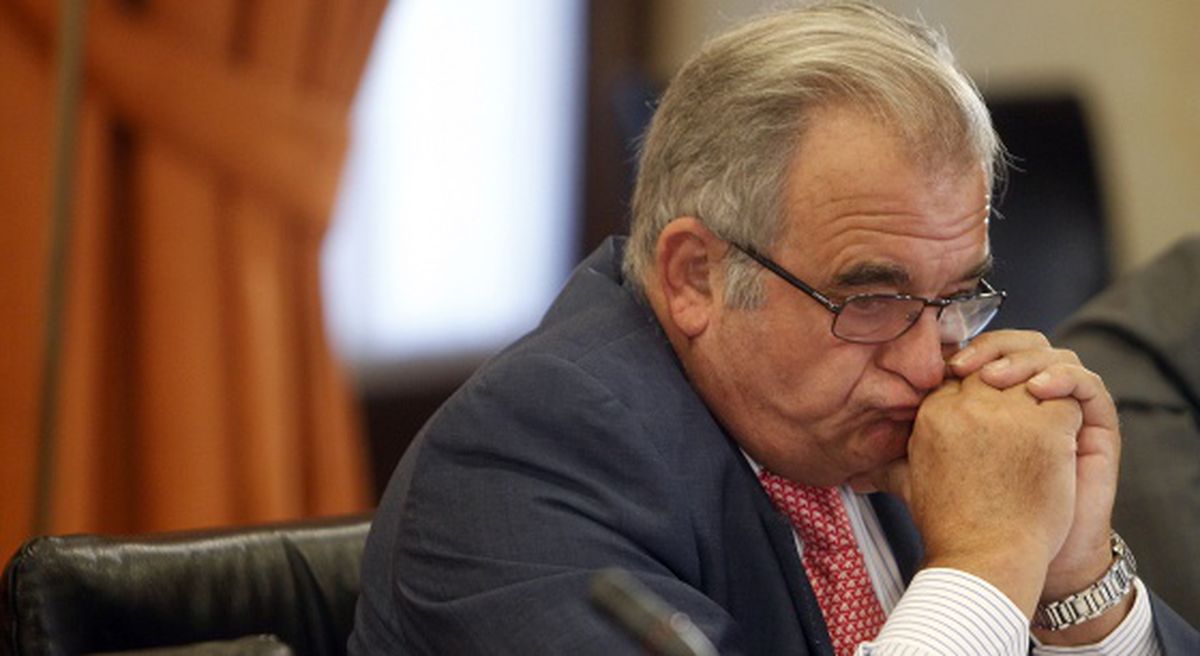 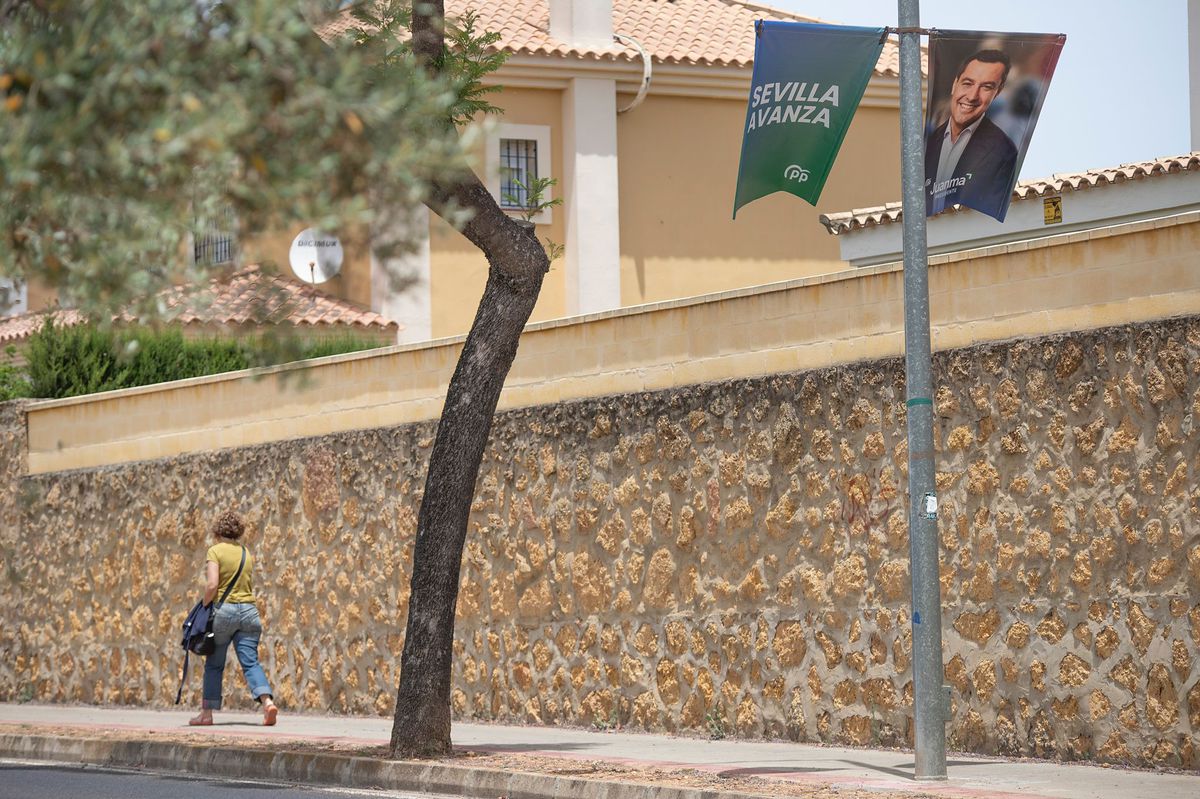 The fall of Seville, the symbol of Andalusian socialism 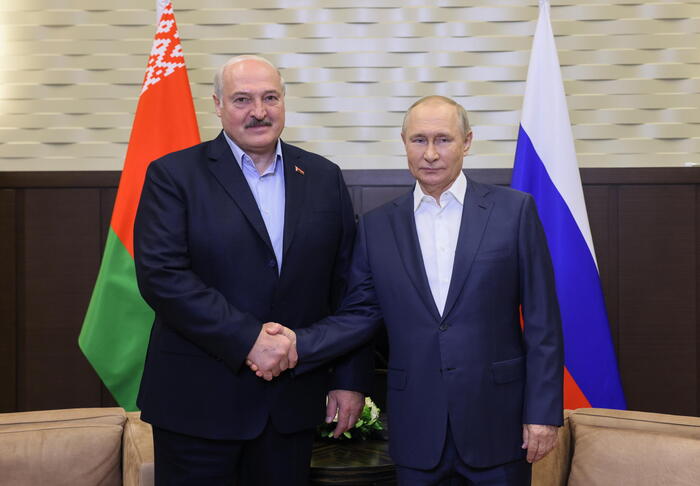