Hugo Sélignac, producer: "I need to be sure of myself when I go to war"

This audacious embodies the new French cinema. Its last production, November, confirms it. He entrusts us with his trade secrets and his poker tricks. 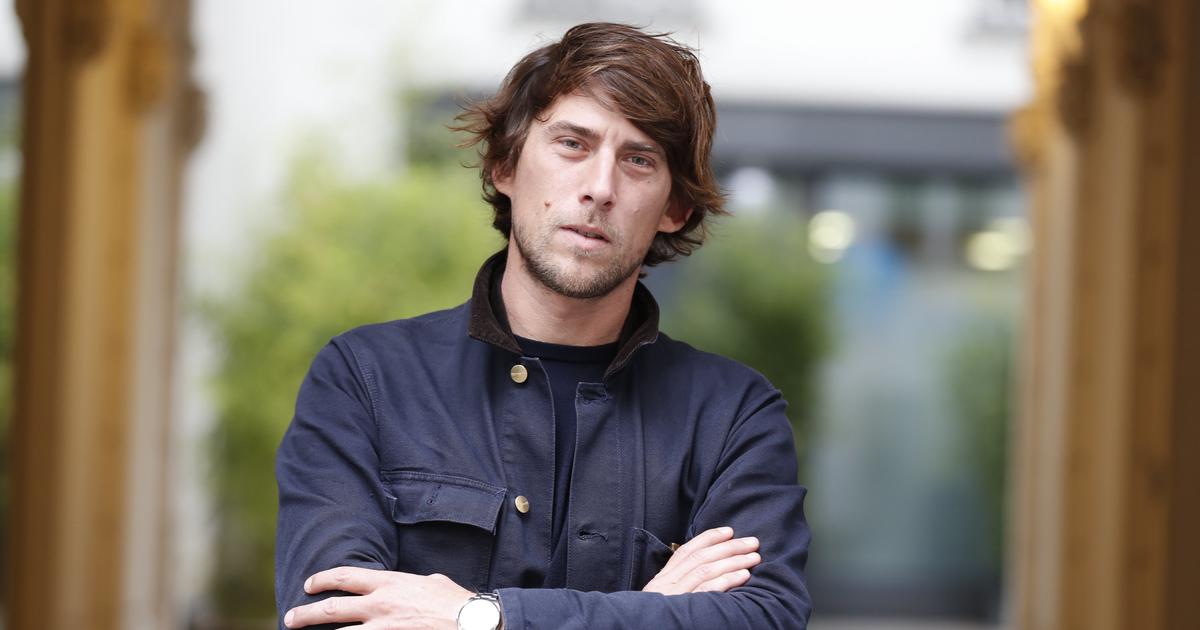 Producing a film means feeling the potential of a story and a filmmaker, anticipating trends and the desires of viewers.

To be one step ahead.

It is a profession of flair, vision and challenges.

This is Hugo Sélignac's job.

Read alsoLouis Garrel: "When my mother got married in prison, I was not allowed to attend"

The general public knows almost nothing about this man in the shadows who looks like an eternal student.

However, at 37, this golden-boy of French cinema manages to reboost a sector in crisis.

Since 2018, he has accumulated successes in theaters: 4.5 million admissions for

Everything he touches turns to gold.

, a thriller on the hunt for terrorists after the 2015 attacks, could soon complete this honor roll.

But he knows it, the bet is risky.

“When the director Cédric Jimenez spoke to me about the project, I was initially hesitant: the trauma of the attacks is still very vivid.

But after having discovered the axis chosen to tell the events, a real desire to embark on the adventure was born in me, ”explains Hugo Sélignac.

With this film, as with

(by the same Jimenez), he explores a playground that we thought was reserved for Hollywood: the ambitious, epic blockbuster, but not devoid of emotions.

“When people say to me: “Finally French cinema that looks like American cinema”, I take it as a compliment.

Being in Cannes with

, Quentin Dupieux's comedy about vigilantes in tights, that's all I dreamed of.

I always wanted to be a producer capable of moving from one universe to another.

Not having a precise editorial line, but producing films that I would like to see in theatres.

His thrillers, very popular with young audiences, will have established his status as a 2.0 mogul, but it is the diversity and quality of his work that place him today as a figurehead of the next generation.

Among the authors he has produced: Sara Forestier (for

, a complicated project on which he says he has earned his stripes as a producer), Jeanne Herry, Louis Garrel (for his next feature film) or the young Nathan Ambrosioni (23 year !).

A castle in Italy

, Hugo Sélignac does not belong to any chapel, does not practice any snobbery.

Better: he asserts his desire to accompany a "popular cinema of quality".

He knows this type of film well and has always known it: his father-in-law, Étienne Chatiliez, was its champion with his sociological comedies (

Life is a long quiet river

Happiness is in the meadow

His father is also a film and television director, his mother an editor, while his uncles are set designers.

Cinema did not happen by chance.

And when I failed my baccalaureate, this environment seemed more accessible to me than another.

Thanks to my family, I was lucky enough to be able to do a series of internships, and even if cinema wasn't exactly a childhood dream, I understood very quickly that my sensitivity could help me one day become a good producer.

, I combed through the box office figures and interviews to try to understand this universe... Observing Charles Gassot, my father-in-law's producer, I discovered what I liked in this profession: being alongside directors from A to Z, helping them carry their vision through to the end, believing in themselves, never setting limits to ambition.”

I understood very quickly that my sensitivity could help me to become a good producer one day.

A meeting will change the course of his life.

Hugo Sélignac was 19 when he found himself a trainee at Productions du Trésor, which then only offered one film,

Won over by his thirst for learning and his energy, Alain Attal, the boss, took him under his wing.

For eight years, the young man rose through the ranks as society prospered (

Supported by his mentor, he became executive producer of Les

, then his ambition pushes him to test his skills in solo.

“With my friends, in boarding school, everything was negotiated with chifoumi.

There is a player side in this name which also corresponds to this profession, built around luck and bets.

For him, unfortunately, the first will be a loser… but formative:

, a film with Jamel Debbouze to which he devoted himself non-stop, was a bitter failure.

“It was difficult to get up.

I almost lost everything and I doubted my ability to bounce back.

Maybe I wasn't cut out for this?

Or was I just not strong enough without Alain?

But I hung on, telling myself that the work would eventually pay off.

Jeanne Herry then asked him for the screenplay of

: she only had one short film to her credit, but he detected the spark, the talent, the intelligence.

“Hugo has a lot of ambition, appetite and taste, testifies the director.

He's all about numbers and letters: he's a very good script reader, but he also knows the film financing system perfectly.

I don't know anyone who, on a simple idea, knows better how to tell what the promise of a film is.

He also has an incredible listening ear, strong and relevant opinions.

, it is also Sélignac who, remembering a Swedish documentary, thinks of synchronized swimming.

“Each producer has a different approach to the profession.

Some have an industrial approach, but Hugo is a true artistic collaborator, believes the actor-director whose next film,

, is produced by his friend.

He has character, a certain impatience (the counterpart of his enthusiasm), but he doesn't overflow, doesn't suffocate anyone.

He lifts you up and cannot separate work from the pleasure he has in being with people.

The two accomplices have known each other for eighteen years: the actor was developing his first feature film,

, at Productions du Trésor, Hugo was a trainee.

“Despite our age difference, we grew up together, I saw him assert himself.

A "cinema family" has indeed been built around the 30-year-old, who counts many influential personalities among his relatives: Leïla Bekhti, Tahar Rahim or Adèle Exarchopoulos who, thanks to the audacity of his friend, has passed a milestone in his career by revealing his comic temperament in

This UFO-like comedy about two losers who tame a giant fly would have chilled more than one.

But, the man of cinema and business does not forbid himself anything, even in this disaster period for culture.

“There will always be room for good projects.

But perhaps it is necessary today to look more for the eventful nature of a subject, a casting, a genre... Moreover, even if I feel an unconditional love for the room to which I intend most of my films, certain productions, such as the comedy

could not find a better place than Netflix to exist.

Working with his time is essential to last and succeed in the game. Also, he produces today

When he talks about his projects, it's hard to stop his machine-gun flow – an obvious manifestation of his bubbling spirit.

The eye is laughing and the man mischievous, if we are to believe his Instagram, full of jokes that he addresses to his friends, to his daughter and son aged 8 and 4, or to his wife, Emma Reynaud , his “pillar” for fourteen years.

The in-house authors know it: at Chi-Fou-Mi, nothing escapes his watchful eye.

“Emma was my first point of contact for a long time: she helped me a lot to clarify my thoughts.

His opinion matters a lot.

I am extremely proud and happy for her, but, although she remains very present, I have lost on a daily basis a privileged adviser who knew how to find the words to reassure me,

challenge me, convince me.

Producing a film is a game of poker, and I need to be sure of myself when I go to war..." Once on the battlefield, however, nothing seems to be able to stop him, according to Jeanne Herry, editing her third film produced by the house.

“Hugo is a bulldozer, he can move mountains.

Paradoxically, he's the one who cries the most in front of my rushes.

he's the one who cries the most in front of my rushes.

he's the one who cries the most in front of my rushes.

Hugo Sélignac, producer: "I need to be sure of myself when I go to war" 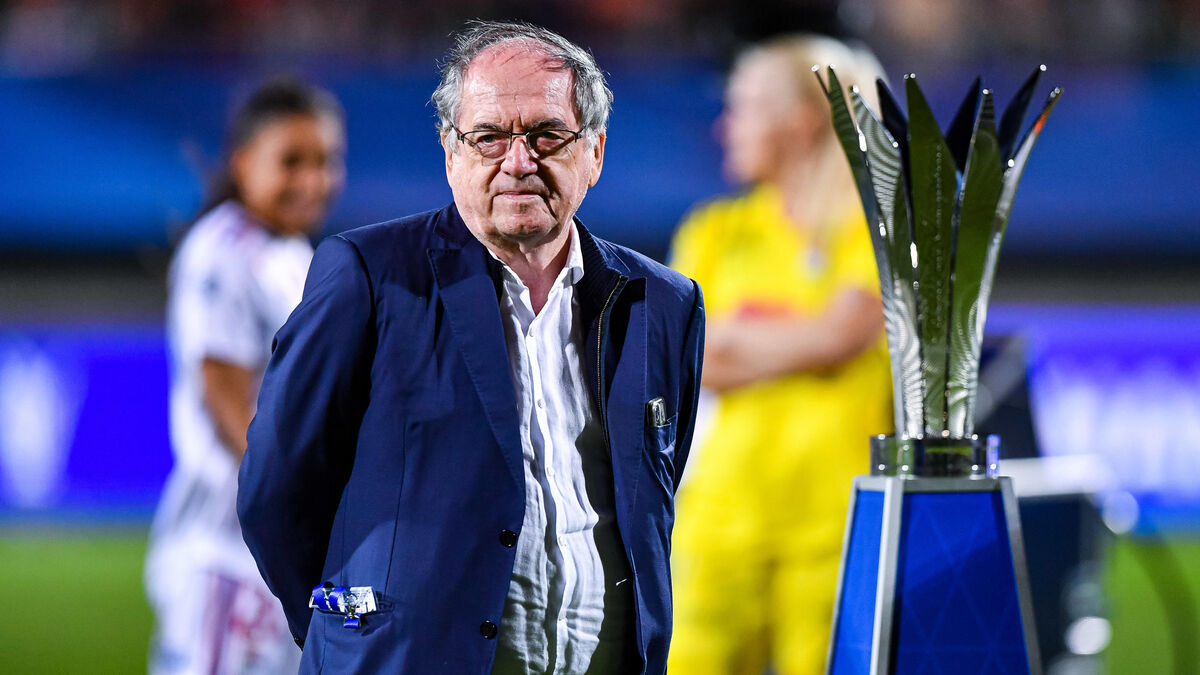 "I like it as much as he doesn't": Le Graët does not want Lloris to wear the "One Love" armband at the World Cup 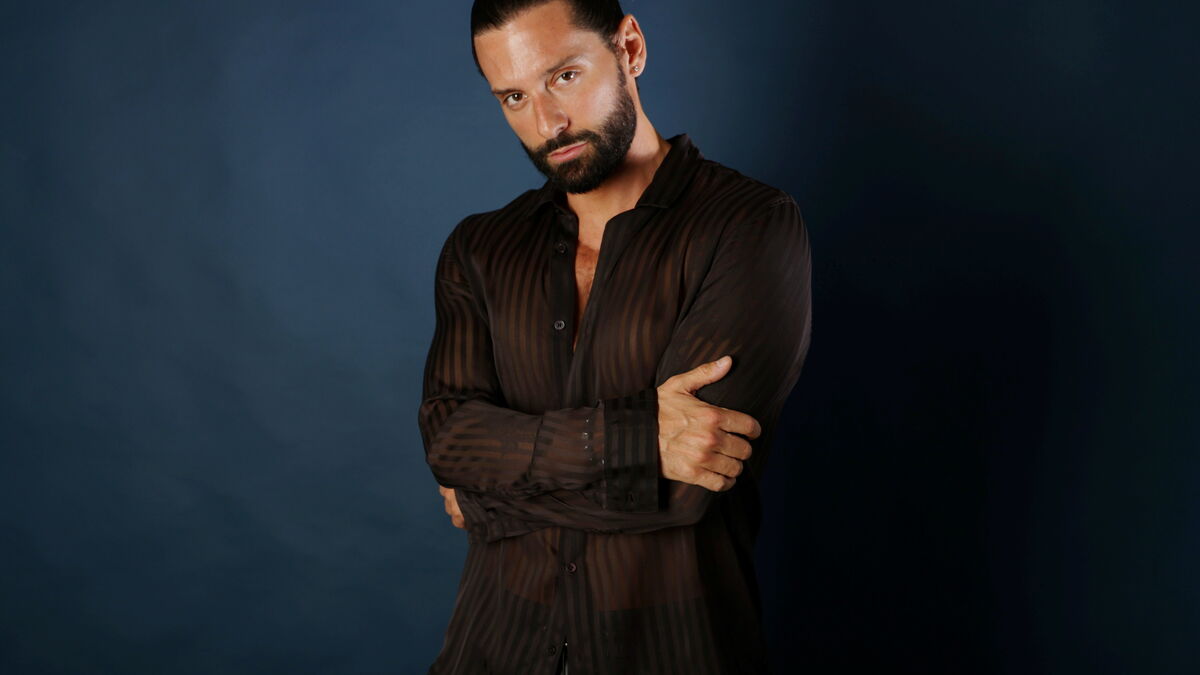 "Fort Boyard", "TPMP", Instagram ... Hugo Manos wants to make a name for himself 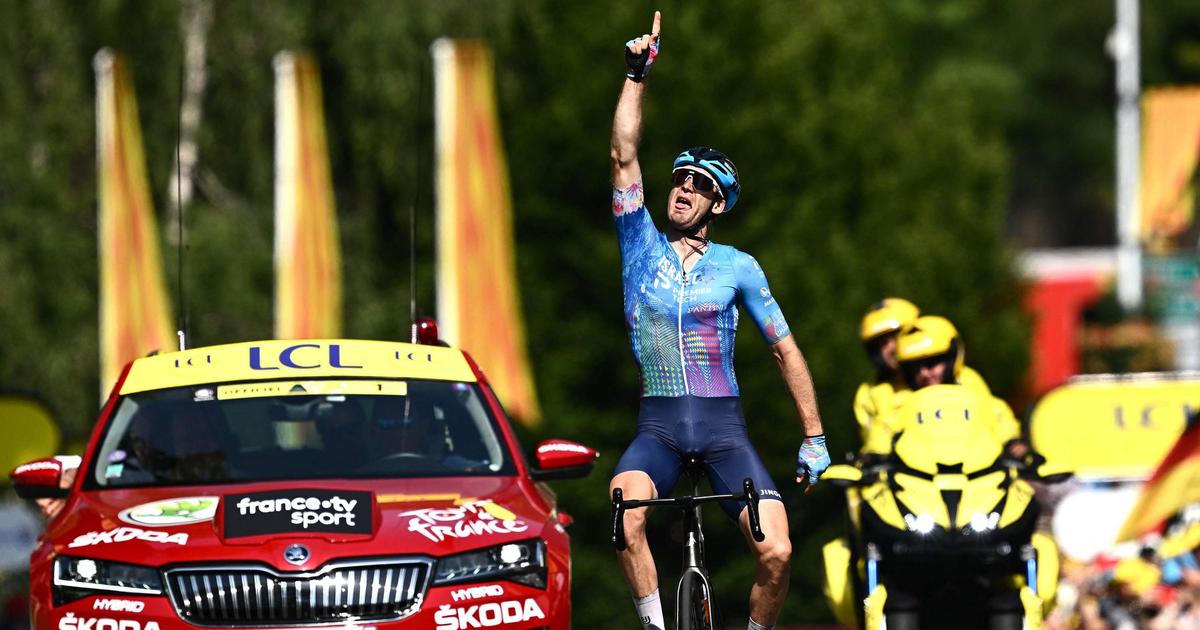 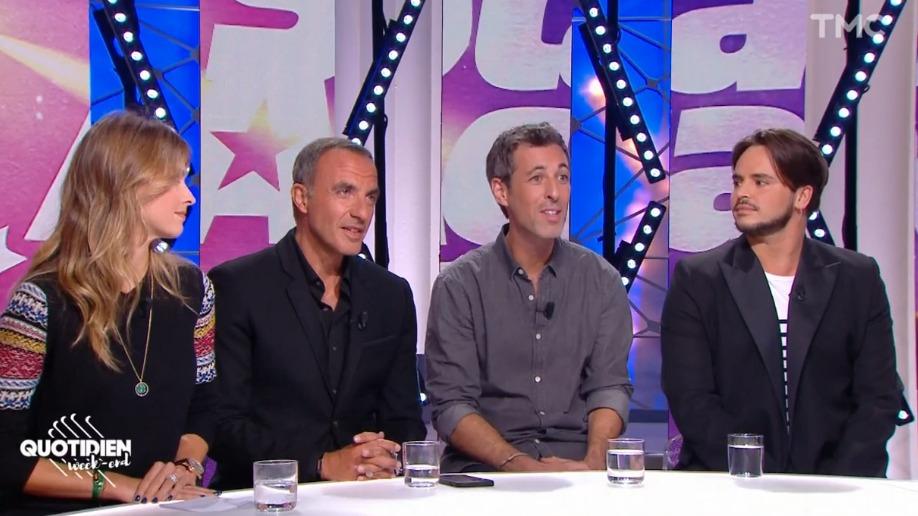 "I did not completely remain Yann": the intervention of Michaël Goldman in "Daily"

"I'm aware of the criticism that I don't do hip-hop, it doesn't interest me": Mookie releases a new album | Israel today 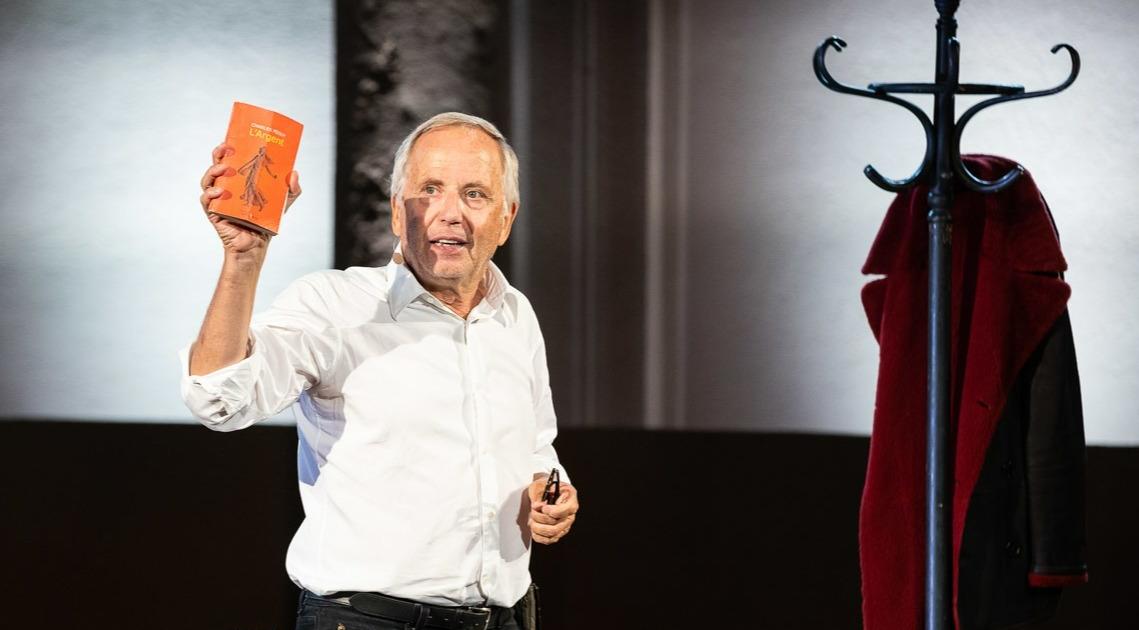 Fabrice Luchini: "The biggest disaster after the war is the mobile phone!" 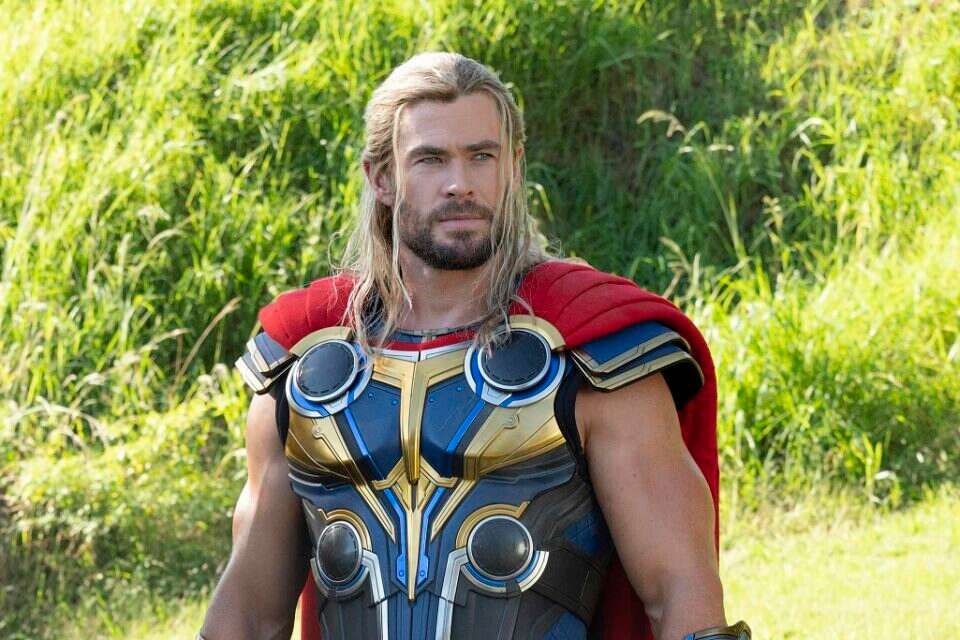 Chris Hamsworth: "Being Thor is a great blessing for me" | Israel today 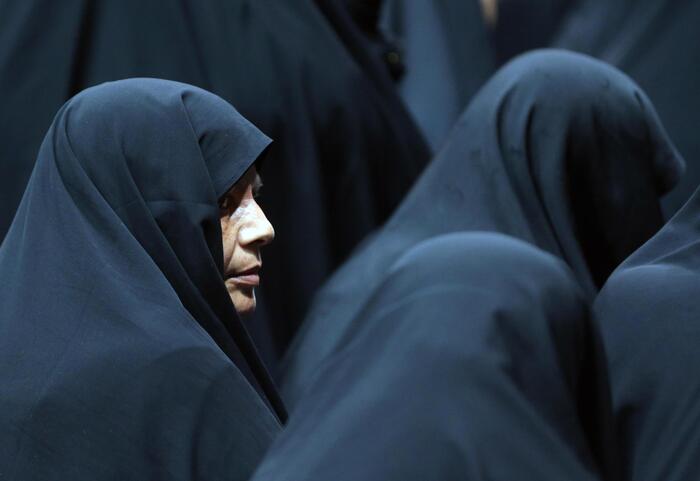 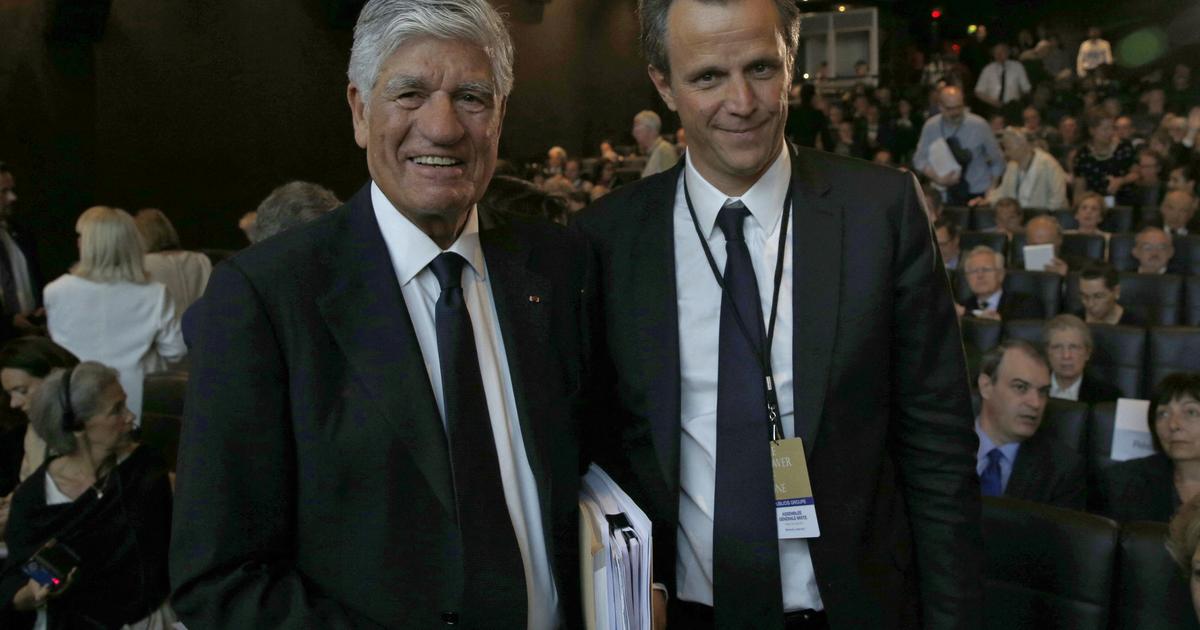 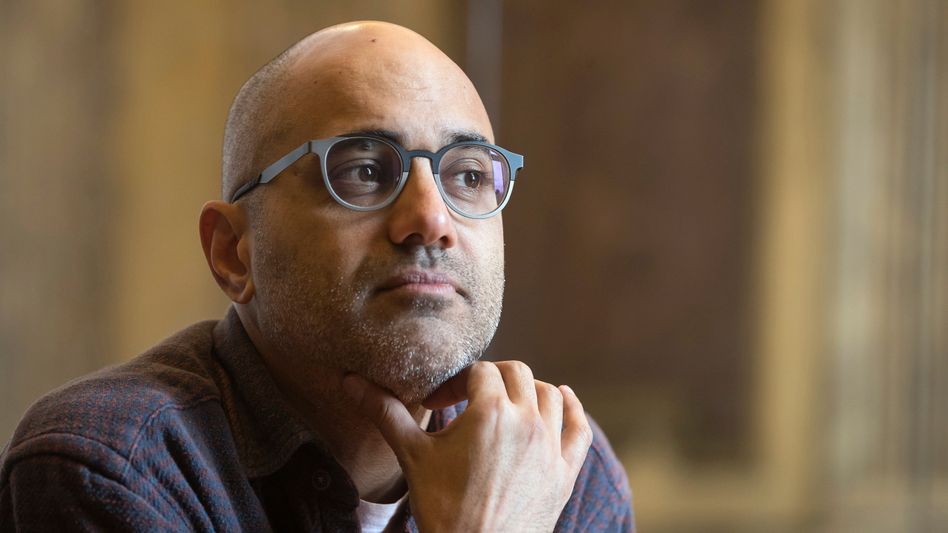