Millions of people are without power, thousands may not be able to return to their homes: Storm "Ian" has caused great damage in Florida. The full extent is not yet foreseeable. 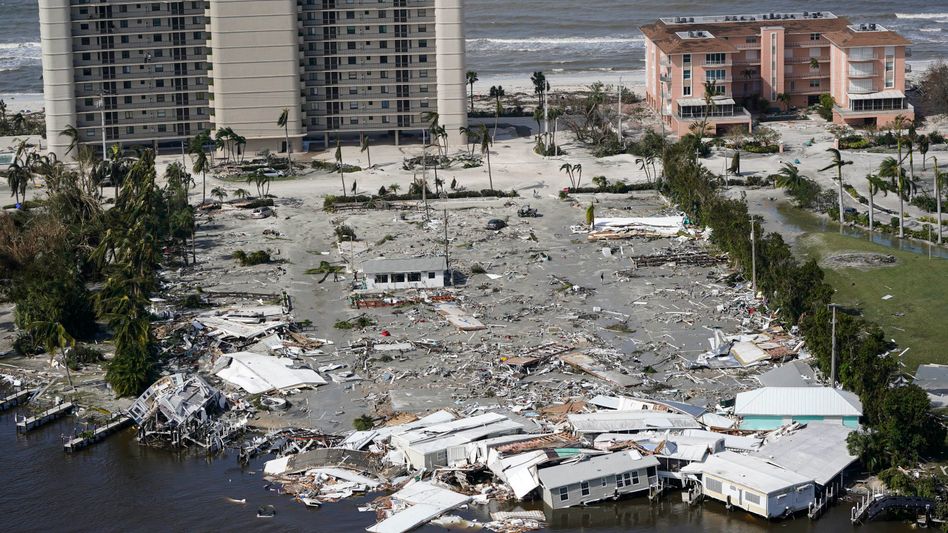 Hurricane "Ian" is moving further north towards the Atlantic, in the state of Florida clean-up and salvage work must now begin.

"The impact of this storm is historic," said Southern state Gov. Ron DeSantis.

“And the damage that has been caused is historic.”

He restricted that this was only based on initial assessments.

The full extent will only be foreseeable in the coming days.

"We have never seen a storm surge of this magnitude." So far, however, there have been no confirmed deaths from the storm.

"Ian" made landfall on Wednesday as one of the strongest hurricanes in Florida history, causing violent winds, heavy rain, storm surges and flooding.

According to the US Coast Guard, emergency services swarmed out with helicopters to rescue people from rooftops.

The storm reached wind speeds of up to 240 kilometers per hour.

It was just below the threshold for the highest hurricane category, as the hurricane center announced.

During the night, violent storms raged on a strip of land more than a hundred kilometers wide.

As the storm weakened as it made its way inland, meteorologists downgraded it to a tropical storm.

However, the experts continued to warn of catastrophic, even life-threatening flooding in parts of Florida.

On Thursday, after sunrise, the extent of the devastation left behind by "Ian" was only beginning to be appreciated: flooded roads, uprooted trees, downed traffic lights and power poles, strewn debris.

Officials from different parts of the state said they are just beginning to move into more severely affected areas and get a picture of the situation.

Carmine Marceno, the sheriff of Lee County, one of the hardest-hit regions on Florida's southwest coast, told CNN that thousands of emergency calls were received in the county overnight.

However, some areas are not yet accessible to rescue workers.

"We were hit very, very hard."

FEMA director Deanne Criswell told CNN her agency is preparing for thousands of families unable to return to their homes and needing temporary shelter.

Governor DeSantis said there would be more clarity about the damage in the coming days, but also about possible deaths.

Only two deaths are currently known, and it is not yet clear whether they are directly related to the storm.

According to DeSantis, "Ian" could be on the list of the five worst hurricanes in Florida.

As of Thursday morning, around two million households were without power, the Republican said.

The two districts of Lee County and Charlotte on the southwest coast of Florida are currently almost completely cut off from the power grid.

The infrastructure there must be rebuilt, emphasized DeSantis.

It's about much more than just reconnecting a line to a mast.

Tens of thousands of fitters had previously been activated to repair power lines as quickly as possible.

100 engineers are already on their way to inspect bridges that have sustained storm damage, DeSantis said.

In some places, it will take years to rebuild what the storm destroyed or damaged.

On Tuesday, "Ian" was a category three out of five hurricane that made landfall in Cuba and also caused extensive damage there.

The National Hurricane Center warned of strong winds and flooding in neighboring states of Georgia, South Carolina and North Carolina.

The hurricane center expects that "Ian" could then grow back into a hurricane. 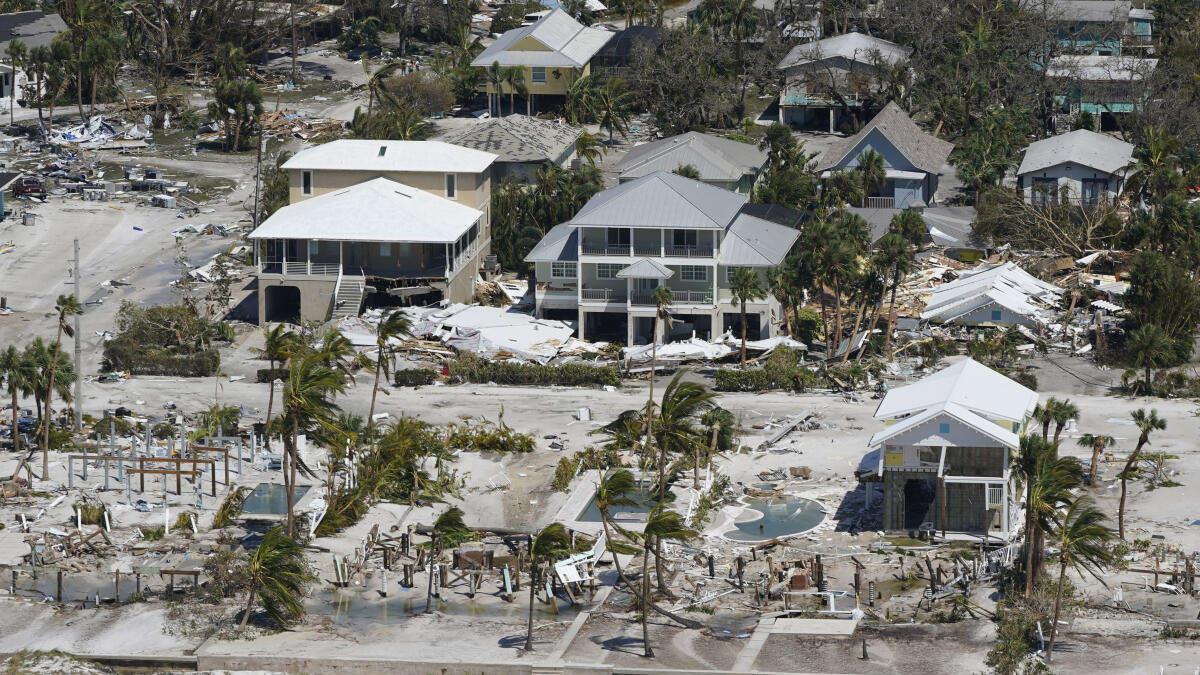