What do the veteran Ozzy Osbourne and the newcomer Gloosito have in common? Who have released good works in recent weeks 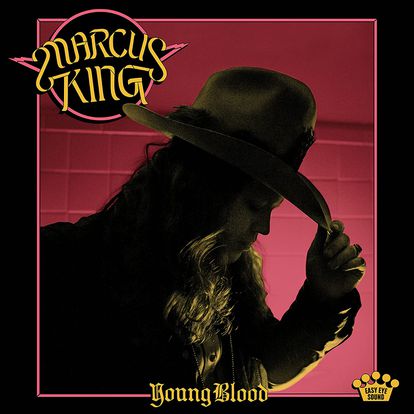 The 15 pop and rock albums you have to listen to today (September 2022) The open-air festivals close and the season of record releases begins.

And it arrives with a clean guitar, with two good albums by veterans like Ozzy Osbourne and Megadeth.

And in Spain quality and variety continue to prevail: the pop rock of Sidecars, the hip hop of Natos and Waor and the new figure of urban music, Gloosito.

At just 26 years old, this young man from South Carolina has already released three albums as The Marcus King Band and this is his second as Marcus King.

One of the best rock albums of the year.

as a guitarist he is technical and dirty at the same time and reminds of Johnny Winter;

and, most importantly, he has tremendous songs.

The album is composed after a turbulent period that led him to give up drugs and alcohol.

It is perceived in some crude lyrics that speak of rescues, pain and dark wells.

Melissa Viviane Jefferson, Lizzo for the world of music, born in Michigan 34 years ago and with a stratospheric voice.

It's basically a remarkable party record with funk, disco and playful pop.

Lizzo is managing to succeed against it, proudly displaying her plump body in the foreground despite the digital harassment she is subjected to.

Her answer to the chumps who criticize her is this album where she keeps saying how "special" she feels.

Good for her and her music.

Not all musical phenomena on TikTok are starring

She now publishes the second album of her group, Beach Bunny.

Exciting guitar pop songs, one anthem after another.

Impossible not to make them sound again.

You can remember those girl bands from the nineties, like Belly, The Muffs or Juliana Hatfield, and that's good news.

Do yourself a favor: play this album once and you'll have a good season with you.

- Diesel Park West, 'Not Quite the American Dream'

A veteran British band (formed in the 1980s) that looked like they were going to make it (their splendid debut, from 1989, is called

but were swept away by

Since then they have continued to release interesting albums (ten), but without a commercial run.

Not Quite the American Dream that good?

And among so many references, a recognizable personality emerges.

Brilliant songs come out of them with apparent simplicity.

Something that every demanding musician should envy.

A 31-year-old Brazilian musician who formed a rock band called O Terno (four albums) and who now travels as a soloist.

This is his second work under his name.

Caetano Veloso inevitably comes to mind when listening to Tim Bernardes, especially because of that delicate and beautiful voice.

Bernades is a magnificent composer who stitches his pieces with violins, pianos or guitars.

It is worth dwelling on the lyrics (in Portuguese), odes to emotional precipices, and enjoying the music, refined compositions that will appeal to exquisite pop palates.

Dave Mustaine's band, which has recently overcome an operation on his vertebrae (caused by so many years shaking his head like crazy at concerts) and throat cancer.

There is no one to knock him down.

The Sick, The Dying… And The Dead! so good?

This is his best album in years.

It's funny, because now that he has to moderate his vocal expressiveness due to the consequences of cancer, it sounds wonderful, less aggressive, but more real.

The album, however, is wonderfully violent, with a remarkable level of songs.

Of course, superior to the latest works of his former colleagues from Metallica.

Canadian Ben Cook's band, who was part of the punk group Fucked Up, and who has been recording less furious music for a few years now, like Young Guv.

To say that among the 24 songs on this work there is not a single downturn.

An hour and 20 minutes that pop fans of exquisite harmonies like The Beatles, The Byrds, Big Star or Teenage Fanclub will fall for.

To listen over and over again.

If Ozzy Osbourne is still among us, it is due to a phenomenon that escapes medical science.

In addition to saying it, we were commented by his primary care physician.

The leash that this man has given to his body would have knocked down an elephant.

He is still standing.

With 73 years and it seems that he will go on tour soon.

In the song that opens the album, the one that gives the work its title, Ozzy howls: “If there is a god, tell me what I am doing here”.

Even he jokes about his survival.

The British artist surrounds himself with stars to shape a top hard rock album, with good songs and a devastating sound.

He is clothed in classic rock electric guitar royalty, two of the greatest of all time, Eric Clapton and Jeff Beck.

And there are a few more surprises: the presence of Foo Fighters drummer Taylor Hawkins, who passed away in March of this year.

Together they put together a long piece of work (one hour), solid,

with Iommi that sounds like Black Sabbath) and some mid-tempo that works as a tribute to his favorite band of all time: the Beatles.

A 25-year-old from Madrid, he is one of the great future strengths of Spanish urban music.

He has already collaborated with the pioneers of the genre, Yung Beef and Kaydy Cain, who have given him their blessing.

It is a five-piece EP, with the producer Baby Pantera, and that points out the personal style of Collado Villalba's: narcotic atmospheres, street lyrics that avoid commonplaces ("everyone sells love and I poison") and music that they are based on a piano as well as powerful bass.

There is a lot of future there.

One of the new stars of black music.

Born 27 years ago in Texas, this is her second long work.

One more chapter of music as therapy.

Since she was young Megan has suffered harassment for her status as a woman, black and proudly exhibiting her body and her sexuality.

The singer opens with some openwork lyrics that she inserts into music such as hip hop, soul or electronic music.

There are variety of styles and reflection.

The best line-up of Kiss (Gene Simmons, Paul Stanley, Peter Criss and Ace Frehley) and probably their great time, when they released

the 1977 tour. Never before or since were they so wild.

Off the Soundboard: Live In Des Moines 1977 that good?

and the tallus will understand this concept), Paul Stanley goes out of tune quite a few times and lazy guitar solos and especially drums burst in (as limited as Peter Criss is).

But it doesn't matter: this long hour is a joy, raw, partying, rocker.

Many times they sound so punk that they seem to be spending the night with the New York Dolls at New York's CBGB.

Here they download all those songs that get us off the couch:

And Simmons's makeup, explosions and tongue we imagined.

Who was going to tell them in 1977, 45 years ago, that they were still going to be doing the goat on stage.

Surely the Spanish hip hop group that fills the most.

Not bad for a duo that from the Madrid neighborhood of Aluche has won over a young audience from all walks of life.

The eighth album by Natos and Waor, who continue to expand their musical offer.

Although the soul continues to be street hip hop, in

they move wonderfully through other styles.

Until the sun rises

is another noisy dance anthem in the style of

(both with Recycled J);

it's almost rock… The lyrics are a fundamental part of his proposal, many of them with that point of sadness that catches you at six in the morning when a night has been consumed without precautions.

One of the best Spanish pop-rock bands of recent years.

Fifteen years since its creation in the prolific Alameda de Osuna (Madrid) and this is already its sixth album.

One day we will stop saying that it is the band of Leiva's brother, Juancho.

He suits the trio stupendously in the half time that leads to magical choruses.

, composed in a state of grace.

Lyrically, Juancho evokes feelings in continuous anxiety in tune with these times with the catastrophe just around the corner.

but the general tone is leisurely.

And he appreciates it, because it's a fable for them.

The Afghan Whigs were born at the wrong time: before

and too tough for

They put out records that still sound vigorous, like 1993's

. And they're still here, and in good shape, which few back then can say.

How Do You Burn that good?

The great Greg Dulli is still pulled by the Ohio band, which has recorded a brilliant album with that psychedelic rock that is not at all rare and always prioritizing the song.

where Dulli shares a microphone with Marcy Mays, and it's the song that U2 have been looking for for years.

The album includes some voices by Mark Lanegan, who died last February, who give the work that sonic eruption that Dulli dominates so much.

Neil Young is still out of Spotify, but that doesn't mean he doesn't release albums anymore.

Nobody is going to stop the Canadian.

Is it interesting then to do with him?

Only if you are a big fan of the Canadian.

(seven and a half minutes), a song that is not usually played live;

a pissed-off rendition of

Throw Your Hatred Down

or the country rescue of

The rest is business as usual:

Rockin' in the Free World, Alabama, Mr Soul, Fuckin' Up

… All recorded on the 2019 European tour, where he was accompanied by Lukas Nelson's band (Willie Nelson's son), Promise of the Real, some thirtysomethings who hit it as hard as Crazy Horse. 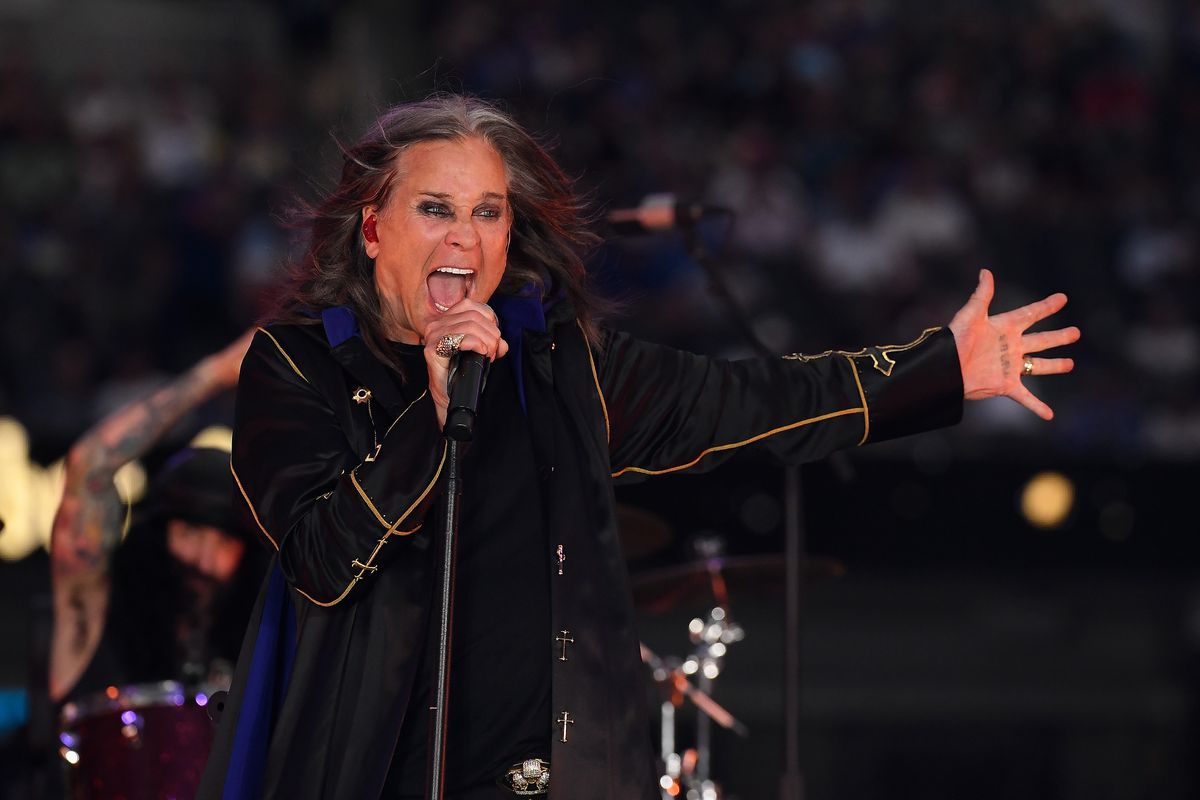 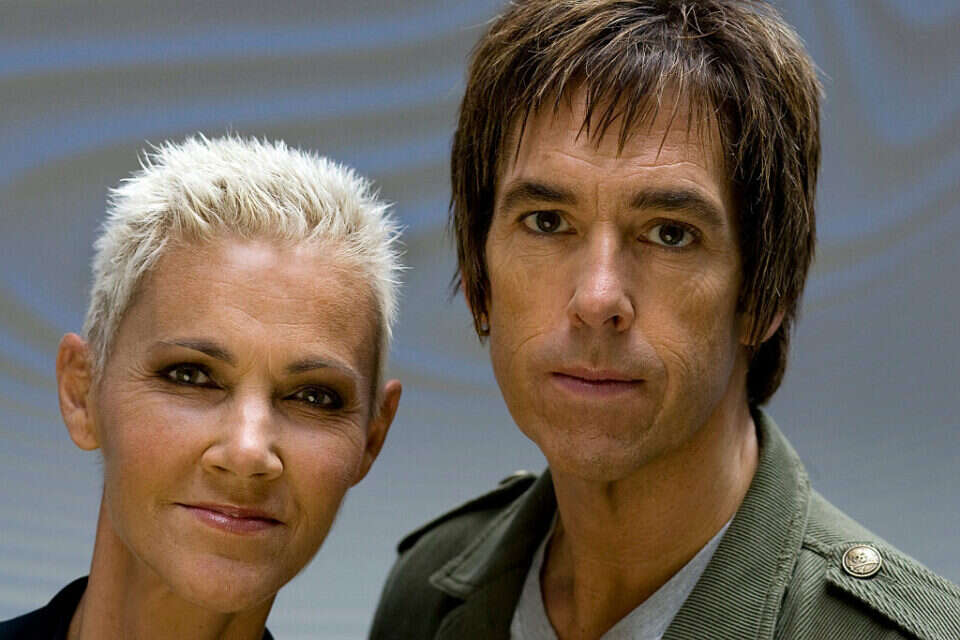 Mourning Marie: Rockest on their first album since the singer's death Israel today 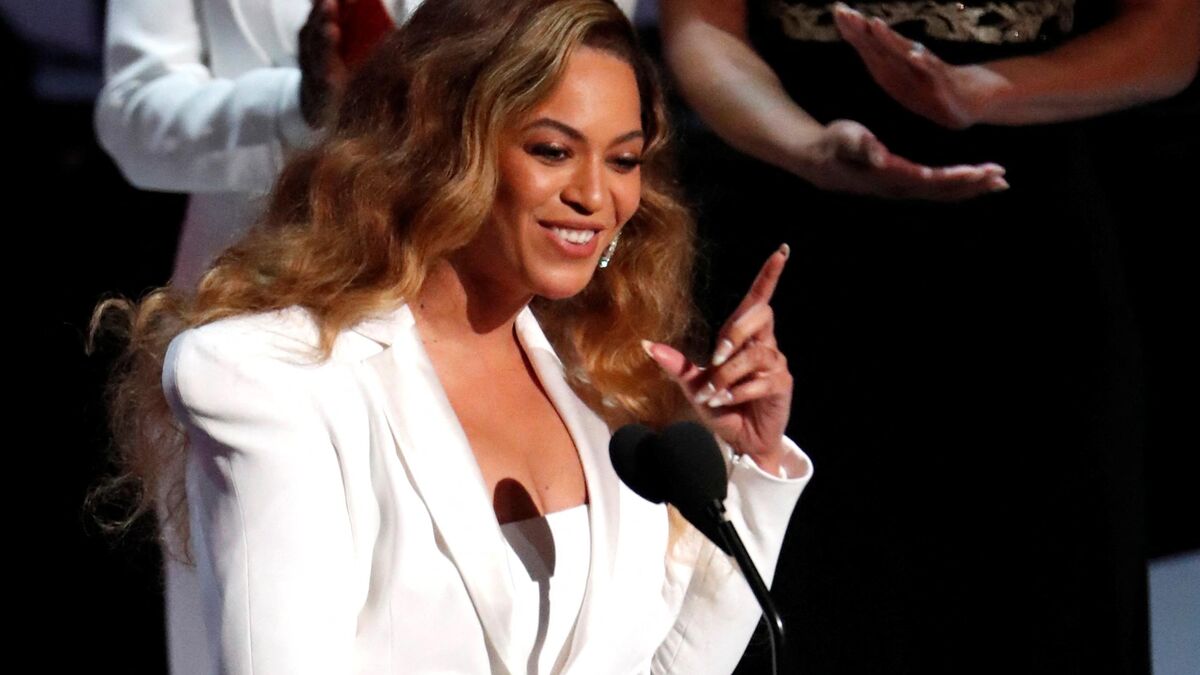 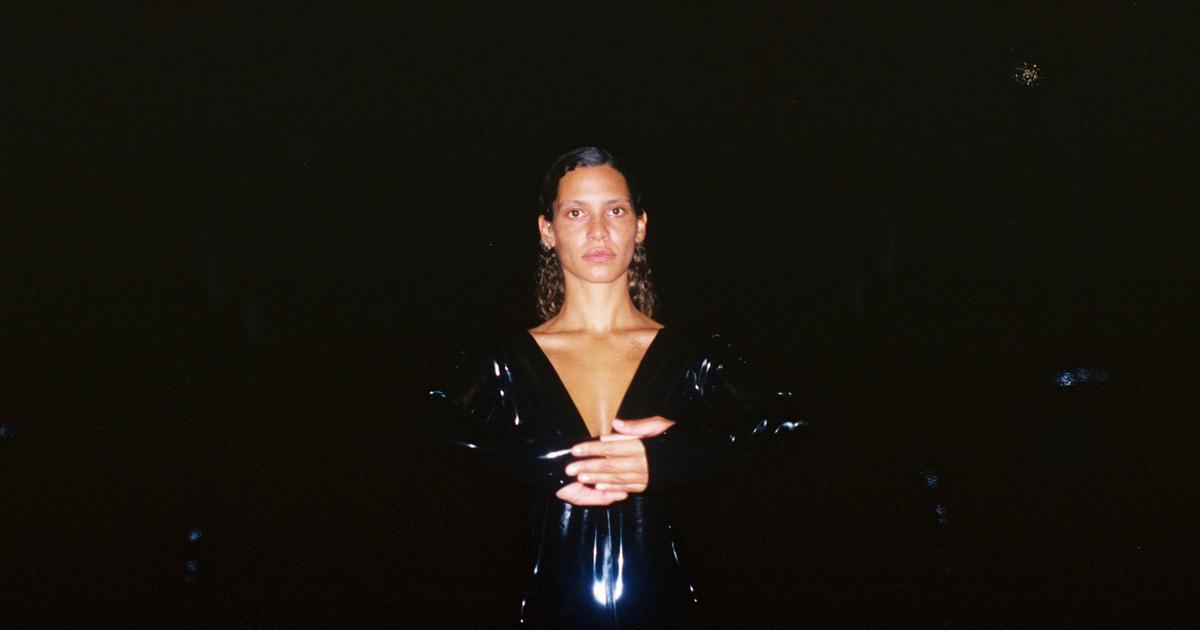 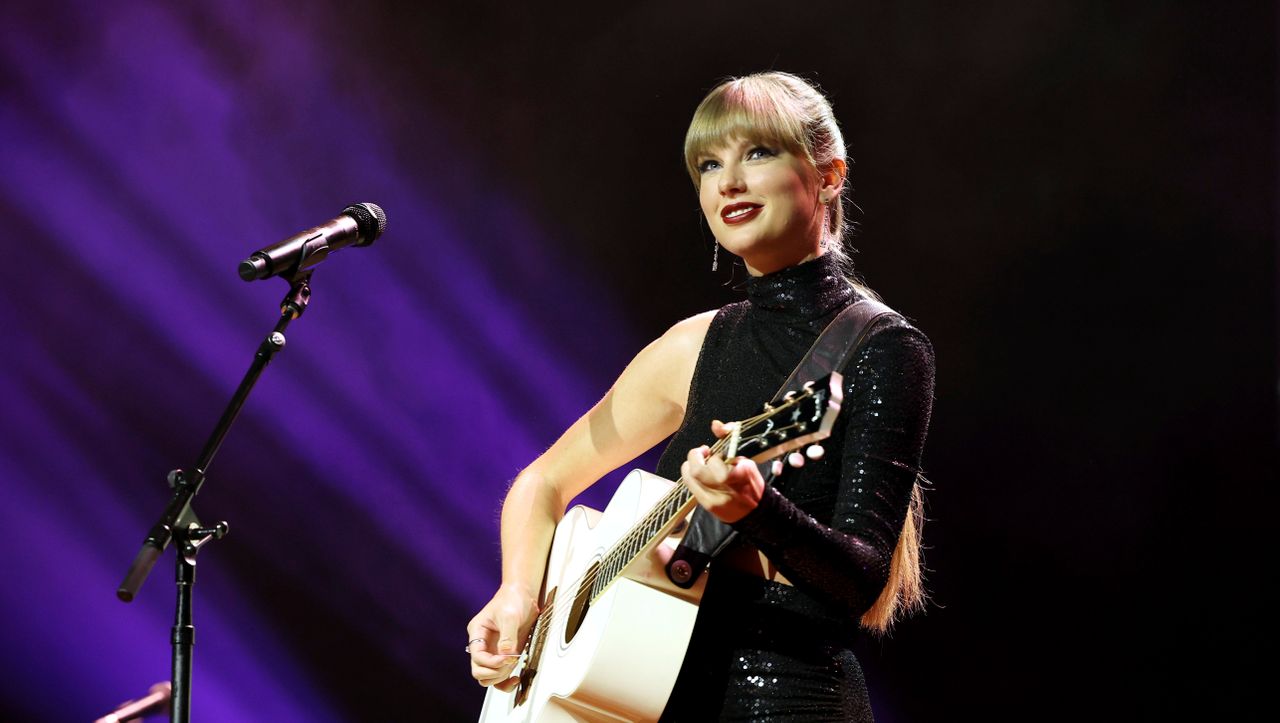 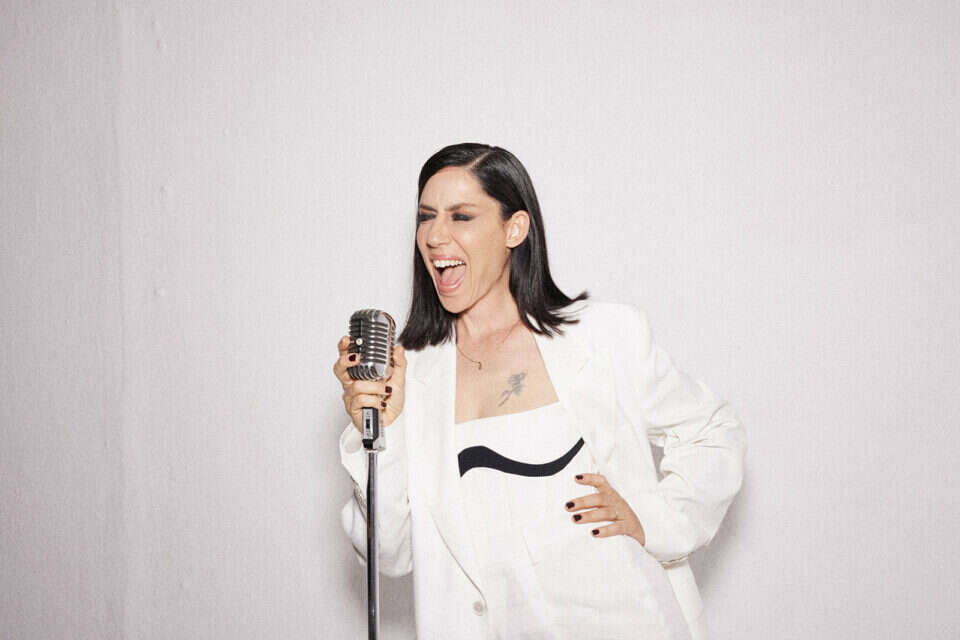