The human and the sacred: Carrère publishes in French 'V13′, the book on the trial of the 2015 attacks

"We don't leave the process the same way we entered it," says the writer after covering it for ten months for EL PAÍS and 'L'Obs' No one among those present will ever forget that night at the Brasserie les Deux Palais.

More than a hundred people filled the premises and the terrace in front of the old Palace of Justice in Paris.

There was relief and euphoria.

Judge Jean-Louis Périès had just read the sentence for the Islamist attacks of November 13, 2015 in Paris and Saint-Denis.

In the Deux Palais there were survivors of the attacks and fathers and mothers who lost their children.

There were the lawyers who had defended the terrorists, and the stern prosecutors, relaxed after ten months of trial, though discreetly watched by bodyguards on the sidewalk.

Small groups were formed standing, gatherings between the tables.

There were also the three defendants who were released and who, during the trial, had fraternized with some of the attendees, victims included.

Now some congratulated them and took selfies with them.

A famous writer who, religiously, had covered the entire trial moved through the huddles and tables, and who, unwittingly, had before them the ideal ending to the non-fiction novel that he had been writing during those months.

“What a night!” said Emmanuel Carrère, between drinks, when he came across this correspondent at that strange party in which the most human was mixed with something different.

In the courtroom, which the writer compares to a church, "something sacred had developed."

The trial for the Paris attacks, told by Emmanuel Carrère

It was last June 29, around midnight, and, for the author of

he was finishing his latest literary project.

The readers of EL PAÍS were able to read, throughout the past year, the weekly chronicles that Carrère (Paris, 64 years old) was sending, commissioned by the French weekly

and also published in other European newspapers,

about the macro trial for the attacks, in which a jihadist commando killed 130 people.

Now the chronicles, enlarged and some retouched, are published as a book in French under the title

V13 is the name that the regulars gave to the trial, because the attacks occurred on Friday the 13th. The Anagrama publishing house plans to release

in Spanish and Catalan in the spring of 2023.

coincides with the premiere, in October, of

, the film about the search for the terrorists in the days after the attacks.

It is directed by Cédric Jimenez, director of

He arrives with controversy for the portrait he makes of Sonia, the woman who pointed out the place on the outskirts of Paris where Abdelhamid Abaaoud, head of the commando, was hiding.

Sonia, who thus avoided further attacks and has lived with a false identity ever since, appears in the film covered with an Islamic veil, a garment that the real Sonia does not wear (a note at the beginning of the film will specify that Sonia's veil is fictitious and not reflects their convictions).

also coincides with the publication of another book on the process:

(And we talk to each other), written by the survivor of the Bataclan Arthur Dénouveaux, the lawyer Xavier Nogueras and the journalist Charlotte Piret.

When in September he began to cover the trial, Carrère was not sure if he would continue until the end.

"Not much was expected," he commented a few days ago while he was having tea in his apartment in Paris with the correspondents of the network of European newspapers LENA.

“It was said that it was a process in which nothing was really at stake from a criminal point of view: those who were on the bench were not the ones who had killed.

There were so many civil parts, that it was thought that his word would be diluted.

And there was a declared will that it be an exemplary process, for history, a kind of publicity for justice and democracy”.

“All of us”, he continues, referring to the tribe of journalists in court, but also to the victims who attended the trial, “we were surprised by the interest we ended up feeling: for some,

Carrère was also unclear what the process would give of itself literarily.

"Around Easter, I thought about doing something huge about jihadism," he reveals.

Jesse Hughes, member of Eagles of Death Metal, the band that played on November 13, 2015 when the attack took place, visiting the tribute to the deceased at the entrance of the room.

There were no moments of doubt.

Not even when, in February, the Russian invasion of Ukraine began, which caught him in Moscow.

He stayed there for more than a week to write a report also published in this newspaper.

“At that time,” he recalls, “we all had the impression that the process was no longer topical and that everyone didn't care.

But after a few days we realized that our job was to be there, and that we were going to continue”.

The experience of the anti-terrorist macro-process transformed him: him and those who, from the first to the last day, were in the room expressly built inside the Hall of Lost Steps of the Palace of Justice.

"Listening to that chorus of extreme human experiences, of suffering, of pity, of terror changes something in your sensitivity," he says.

“I think it makes you vulnerable rather than strong.

We didn't get out of that box the same way we entered it."

Carrère objects to the irreducible life sentence for the main defendant, Salah Abdeslam, the only survivor of the commando.

After all, Abdeslam did not activate his explosive belt.

Due to a mechanical failure, as the judges consider, out of fear or, as he alleged, out of humanity.

“I think that the desire to be exemplary prevailed over that of proportionality”, says the author.

“I find that the verdict and the penalties are questionable, but this does not prevent me from thinking that the process went very well.

I don't really know how to deal with this."

Furthermore, he shamelessly exposes his doubts and contradictions.

During the arguments of the prosecutors and defense attorneys, he admits that he allows himself to be convinced as he listens to each other.

And he writes: “I enter easily into the reasons of the other, which is at the same time a quality –absence of prejudice– and a defect –the risk of being a weathervane, always of the opinion of the last to speak–.

My intimate conviction is floating, indecisive”.

is pure Carrère: the frenetic pace, the expository clarity, the netless exploration of human recesses.

It is not, however, the introspective Carrère of his latest book in Spanish,

, an account of his deep depression and admission to a psychiatric hospital, nor that of

, where he recounted a year in his tormented sentimental and family life.

After that book he published

, where instead of looking at himself he turned his eyes away.

he does the same after the autobiographical

There is little "I" and a lot of "we", "a collective and magnificent story", he says in the conversation.

There is little narcissism and there is a notorious effort to put oneself in the place of the other.

Despite the drama of the process, there are few sinister feelings and much humanity.

, his book on the origins of Christianity, this is nothing new.

A woman is evacuated from the Bataclan after the bombing.

The night at the Brasserie des Deux Palais was a concentration of all this, a catharsis in which almost all the

of the show was present.

That this party was precisely in a Parisian cafe could be interpreted as a symbol: the terrorists had attacked the terraces and cafes like La Belle Équipe and others, a symbol of the city's hedonism;

Some, however, were disturbed by the presence in the Deux Palais of convicts with relatively low sentences who had been released.

They disliked the atmosphere of fraternization.

Explains Carrère: “Many accepted to live this kind of very strange euphoria that dragged us to the end for having gone through all that together.

So many feelings were mixed that night.

It was an ending that resembled the process, in a way, the community that had been created.”

But he clarifies: “There was also a young woman who came with her partner, seriously injured in La Belle Équipe.

It seemed horrible to them and they left.

And they are right too.” 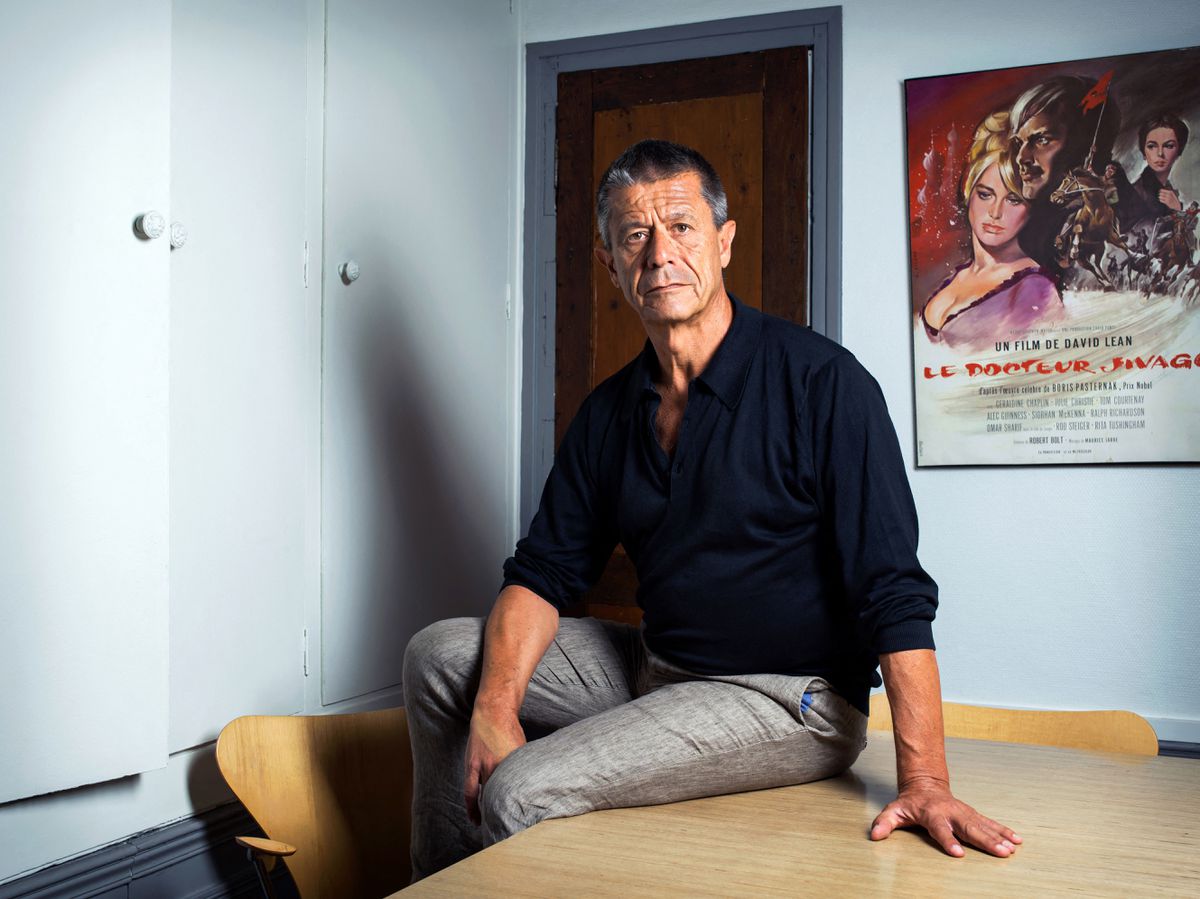 The human and the sacred: Carrère publishes in French 'V13′, the book on the trial of the 2015 attacks 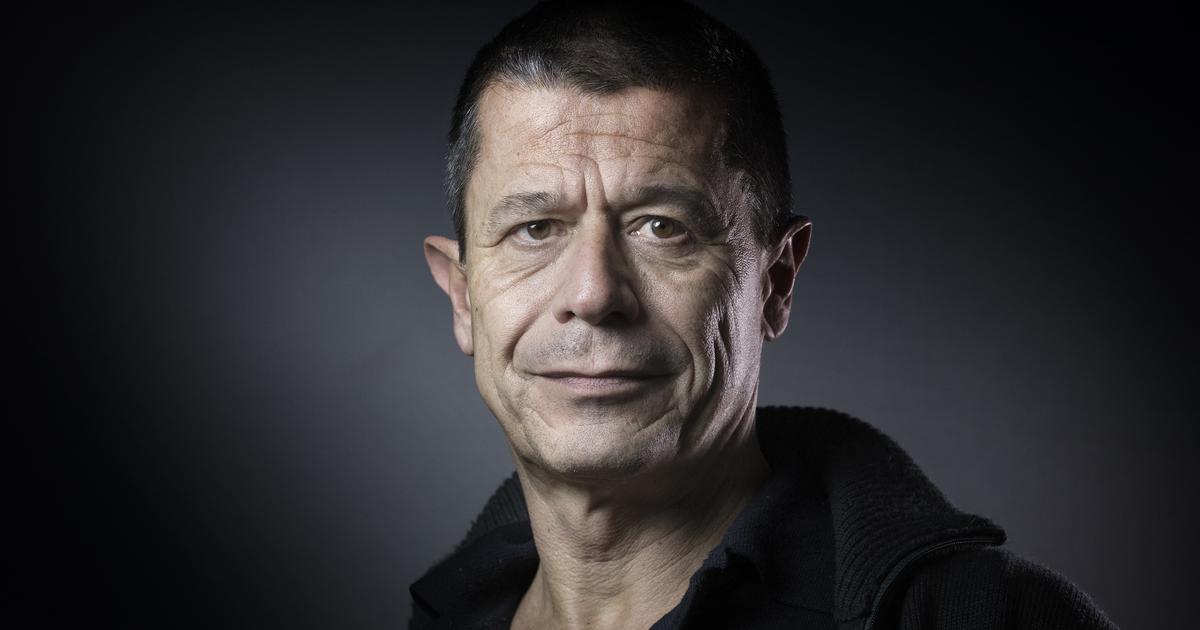 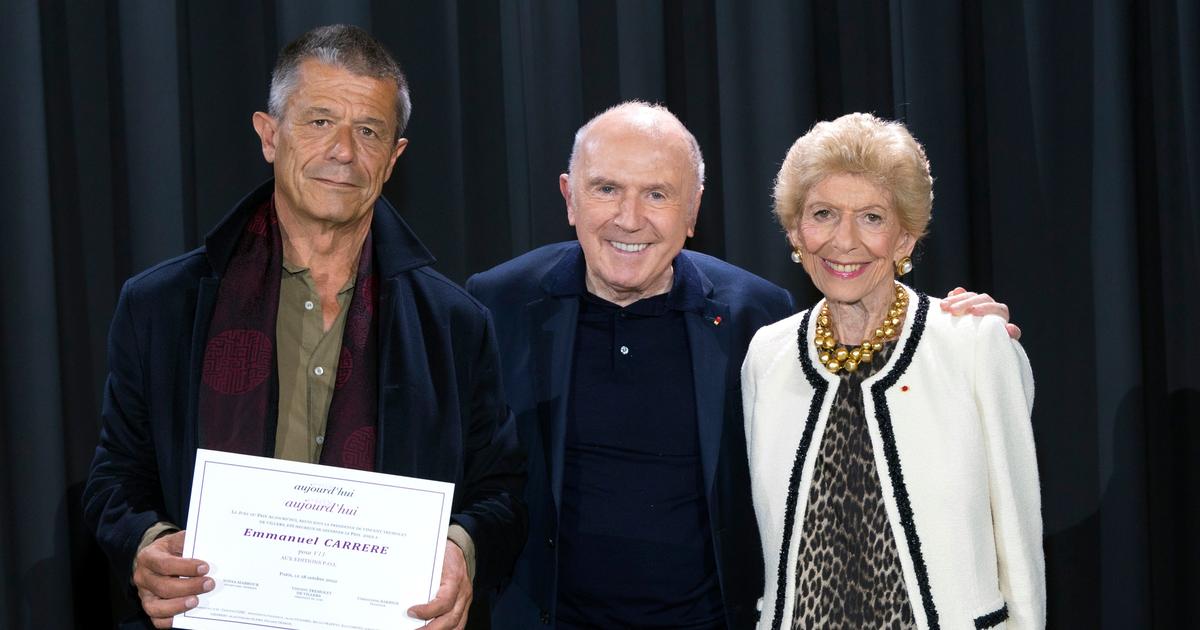 At the Bourse du commerce, Emmanuel Carrère receives the Today prize for his V13 essay 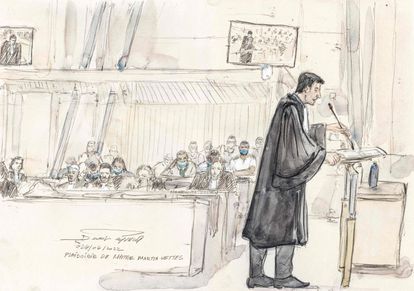 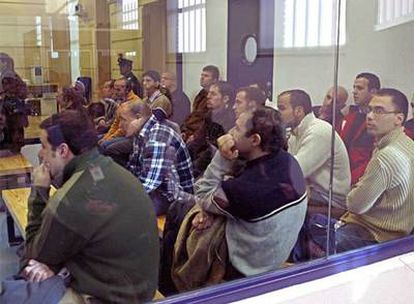 The banality of drama: the literature that emerges from the great historical trials 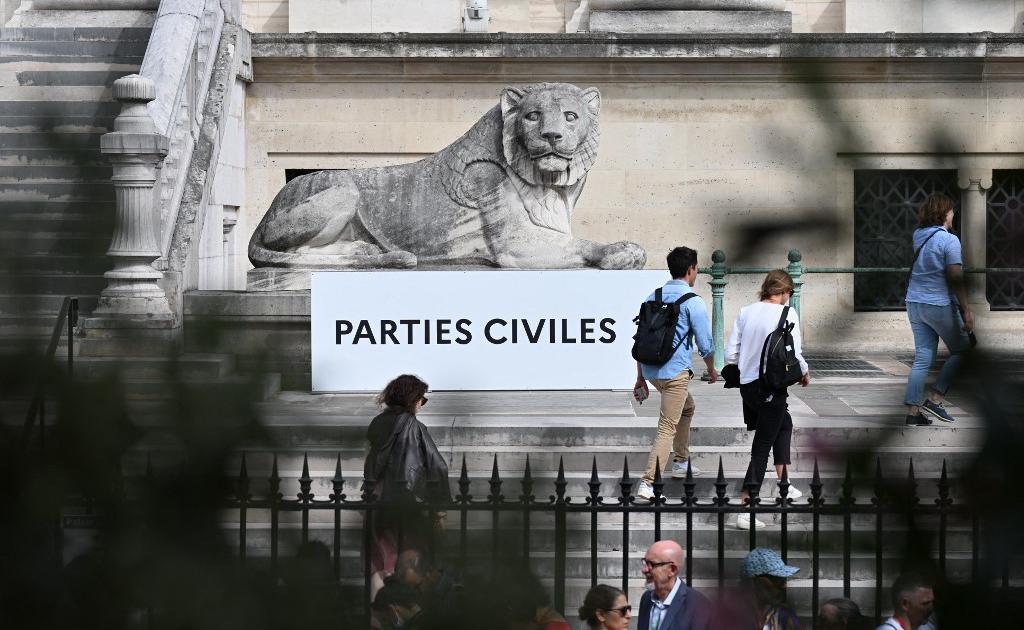 After the trial of the November 13 attacks, the civil parties fixed on their fate 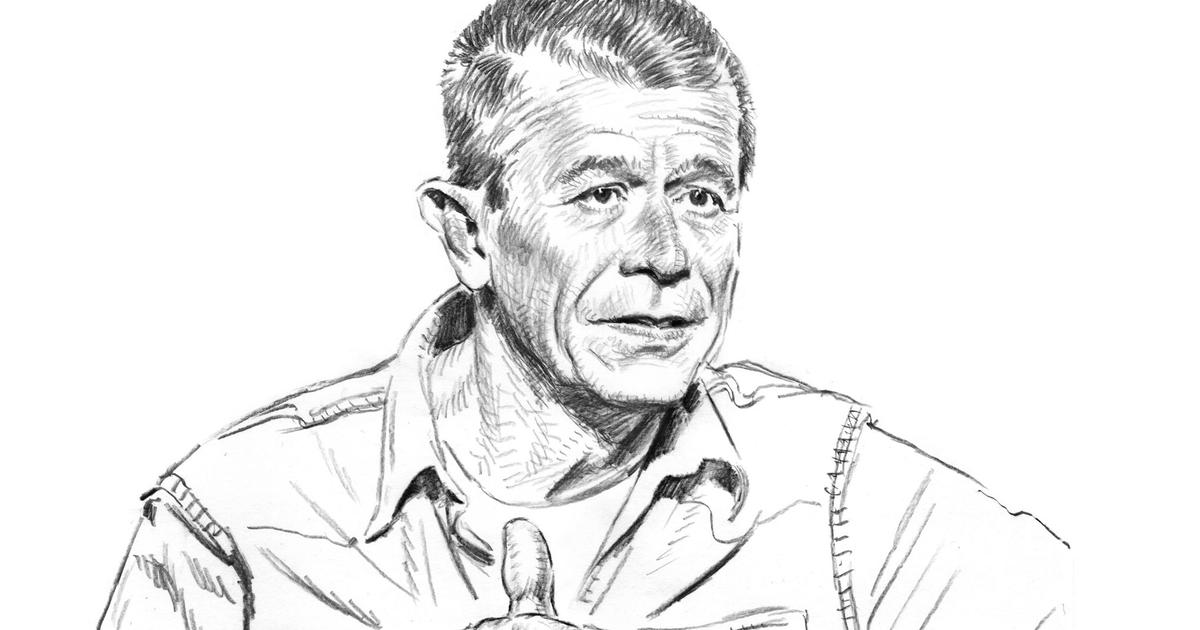 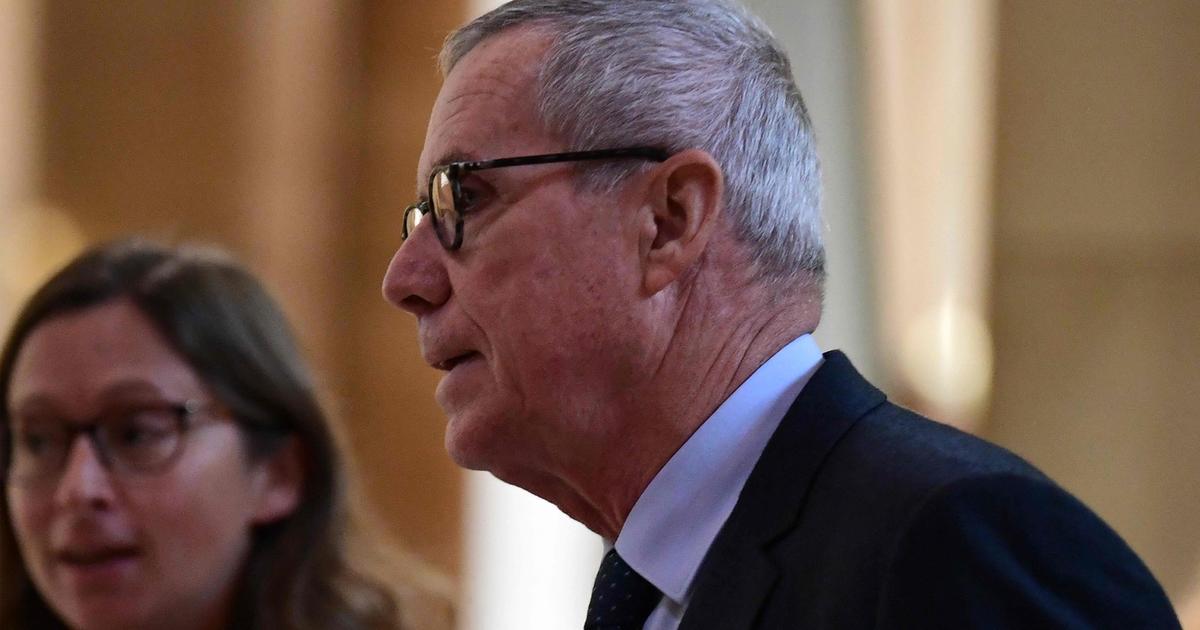 “To err is human”: François Molins concedes dysfunctions during the autopsies of the Nice attack