Comic strip: the bloody fate of Countess Báthory, woman of power at the origin of the Dracula myth

INTERVIEW - Legend has it that this Hungarian countess would have tortured and murdered hundreds of women between the end of the 16th and the beginning of the 17th century... A black myth widely questioned by historians, as Anne-Perrine explains to us Couët, author of her biography in comics. 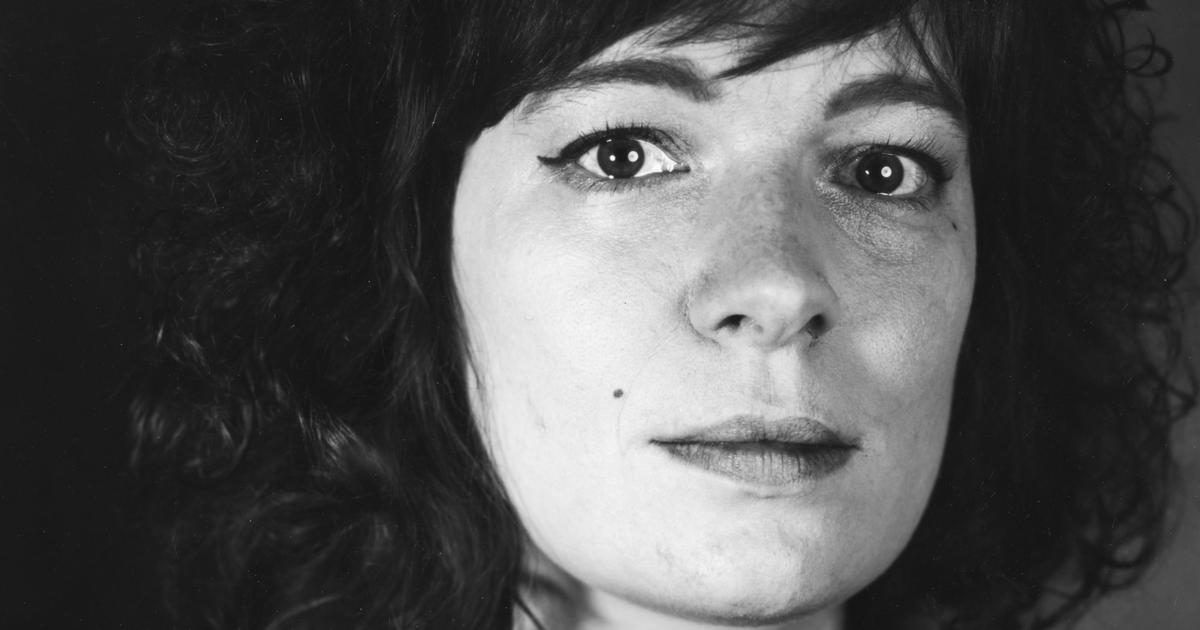 Its menacing shadow hangs over our popular culture.

Elisabeth Báthory (1560-1614) known as the "bloody countess" has inspired a multitude of books, films, songs, comics, video games... It is true that her supposed murderous record - up to 650 victims - makes her the most prolific serial killer of all time!

But if the Hungarian countess is today inseparable from the myth of the vampire – it is said that she bathed in the blood of a virgin to preserve eternal youth – what about historical reality?

Read alsoJulie Delpy in the footsteps of the bloody countess

The cartoonist Anne-Perrine Couët has endeavored to disentangle the truth from the legend.

The result is a biographical comic,

published in September by Steinkis (1).

The author and illustrator paints a nuanced portrait of the countess, a powerful woman of character, probably the victim of a conspiracy to oust her from power.

To support this theory, Anne-Perrine Couët collaborated with the Hungarian historian Gábor Várkonyi, who details in the afterword the lack of value of the hundreds of testimonies presented at the trial brought against the countess.

With particular care given to the clothes and the decor, Anne-Perrine Couët retraces the destiny of this woman of power and brings an entire era to life.

Drawn in pencil and then soberly colored digitally with shades of digital ocher, his comic strip ensures an admirable immersion

Meeting at the sources of the myth.

How did you discover Elisabeth Báthory and why did you want to tell her story in comics?

When we are interested in the figure of the vampire, Élisabeth Báthory enters the spectrum of what we know, because legend has it that this countess inspired the myth of Dracula.

When I started to think about a comic strip around a female historical character, I said to myself that I was interested in it.

I did some research and, fairly quickly, I came across an article that said that, possibly, the whole legend was false!

It made me want to know more.

Triple portrait of Elisabeth Báthory as a spider, puppet and "vampire" bathing in the blood of her victims.

Accused of the murder of tens or even hundreds of young women, Báthory is in your comic completely innocent and the victim of a conspiracy.

Is it a belief based on your research or a subjective bias intended to counterbalance the now widely held dark legend?

I worked with a Hungarian researcher from the University of Budapest, Gábor Várkonyi, consultant on several projects that talk about the countess.

In the works in which he participated – and on which I based myself to write my comic strip – there is no doubt about the fact that at the time, in Hungary, there was a form of violence that the powerful could wield over their servants or people of "lower" class.

So there could be beaten servants, mistreated people... and that didn't pose any particular issue of conscience.

The relationship of domination was present.

There has been a huge amount of research showing that most of the accusations against her were most likely false.

, numerous researches show that most of the accusations against her were very probably false, that the deaths described by the witnesses were almost impossible.

In my opinion, Báthory was not decorrelated from her time – she wielded the same power, the same oppression as her contemporaries –, but from there to making her a bloodthirsty killer, no.

Your story opens and revolves around the trial, where the witnesses were visibly tortured to overwhelm Élisabeth Báthory.

What do historians say about this trial?

The trial was mounted by the palatine György Thurzó, accompanied by other personalities.

As the countess was imprisoned without being able to attend, the people who were heard were her close servants.

They were subjected to several weeks of torture, according to precise codes and manuals of the time to make them confess and go in this or that direction.

Moreover, the trial was rewritten afterwards, with approximations of translation (some Hungarian pronouns are complicated to understand), so the testimonies are really very little credible and questioned by historians.

Blood above all!” recalls Anne-Perrine Couët.

While her husband Ferenc Nadasdy fought against the Ottomans, Elisabeth Báthory took care of the stewardship of their domains.

Responsibilities that increase further with the death of her husband.

Was this a rare situation in the late 16th and early 17th centuries?

Historian Gábor Várkonyi explains that at the time it was very common for women – not necessarily widows – to take over the management of certain day-to-day affairs, estates, taxes, etc.

Their family was so powerful that it wouldn't have occurred to anyone to question the exercise of their power because of their gender.

I have a university education so the question of sources and documentary resources was important to me.

At the end of the book, you offer a full page to this historian, Gábor Várkonyi, to summarize "the story behind the legend", complete with a chronology, additional notes, a bibliography and iconographic sources.

Is it a way to legitimize your point and anticipate critics accusing your comic of an ideological reading of history?

I have a university education, so the question of sources and documentary resources was very important to me.

Beyond protecting ourselves from criticism, it was a way of respecting the work of Gábor Várkonyi and the hyper-rich exchanges that we were able to have.

He also sent me photos when he visited churches or monuments, to show me carved wood, for example.

He has been digging into the subject for years and is preparing an exhibition with the Hungarian National Museum;

he also suggested that I take part in it by working on the graphics.

How did you work to find the right representation of Báthory's physique and personality?

I based myself on a painting, a portrait, appropriating it a little bit.

I also undertook research on the level of clothing.

Báthory… I was inspired by it.

In several fictions, Élisabeth Báthory is in confrontation with her husband or in love with someone else, but when we read their letters, we see that they were ultimately very much in love.

Every time he went to war somewhere, they were eager to meet again, and they made sure to see each other between each period of conflict.

In the descriptions that I was able to read, he was also and above all someone very proud of his rank, of his family.

Tell us about the character of the “enchantress” Anna Darvulia… What do we really know about this person and her influence on Elisabeth Báthory?

His name appears in some correspondence but there are questions as to his very existence.

Darvulia is the contraction of two terms (2), so one can wonder if this character was not invented from scratch to justify the additional accusations against the countess (her abusive behavior, her cruelty, etc.).

It made me want to make her a magician but also a storyteller.

In the letters it says that the Countess keeps protecting Darvulia, so I imagined her as a friend, someone from her inner circle.

Very many works take up the black legend of Báthory, which dates from the 18th century, sometimes adorning it with a historical varnish.

How to explain this success?

It is true that even today, Élisabeth Báthory continues to appear in fiction, video games, comic strips... under this legendary aspect that we defined a posteriori.

The character has completely returned to this yoke.

I remember that, during my first research, I had listened to a historical podcast in which the person recounted with real delight the murders, the violence, the tempting woman... It made me ask myself questions about what the history retains us or a phenomenon, several centuries later.

Are there nuanced representations of Báthory, far from the erotic-vampiric myth?

There is the very good film by Juraj Jakubisko,

en France, NDLR), which I discovered when I was finishing the cutting of my comic strip.

Luckily I haven't seen it before because it basically says what I wanted to say in the book.

The costumes and sets are magnificent, the director has found the right tone… and there's a sense of humour, too!

(2) “Even the name Darvulia, a nickname transcribed in various forms, is mysterious: it is not Hungarian, it does not seem to be Slovak, unless, as may have been suggested, it is the assemblage words "dar" ("to give", or "the gift") and "bol" ("the disease", or "the pain"), which are found rather in Croatian or Serbian languages.

Comic strip: the bloody fate of Countess Báthory, woman of power at the origin of the Dracula myth 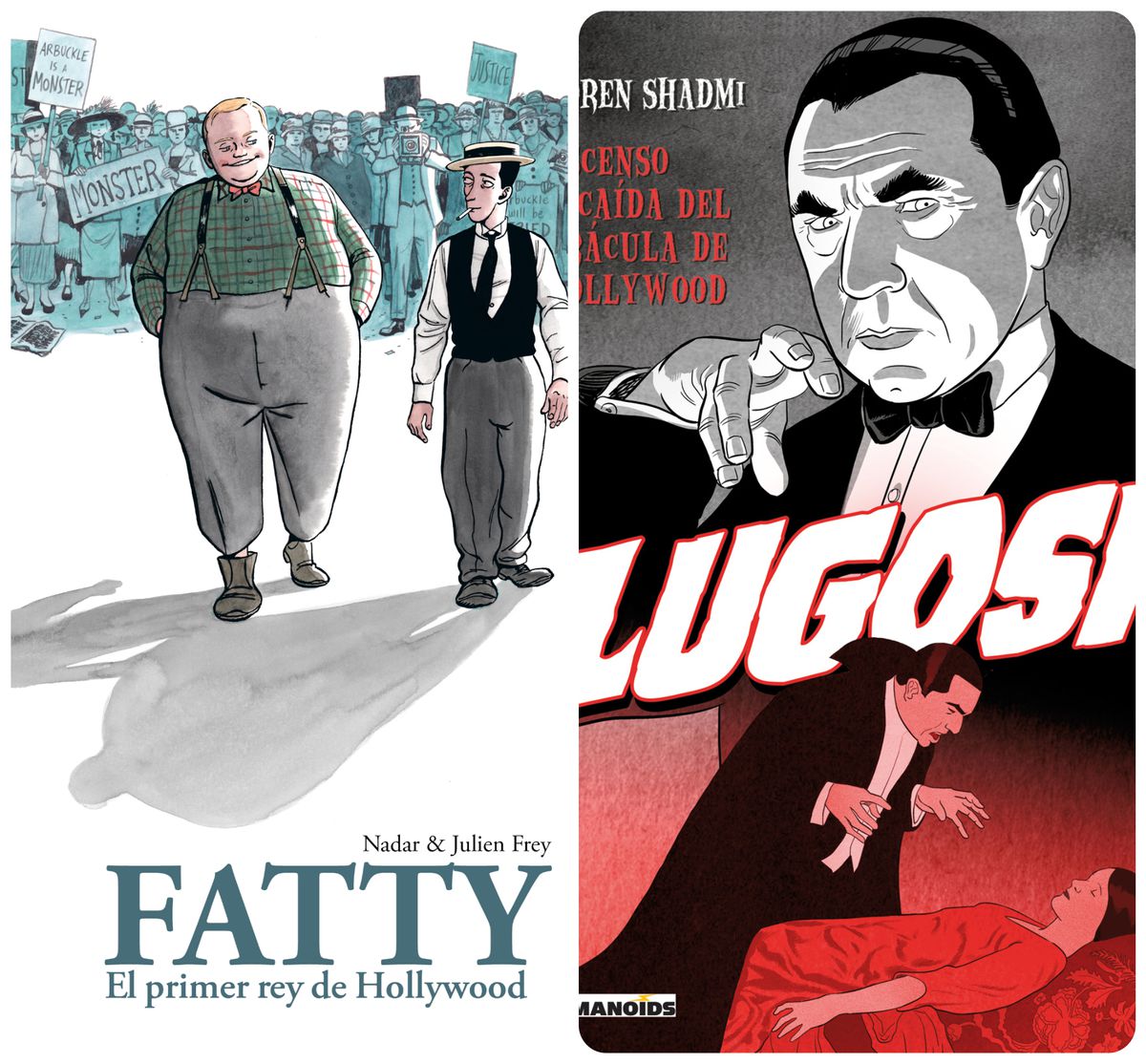 Fatty and Bela Lugosi: The Rise and Fall of Two Legends of Hollywood's Effervescent Beginnings 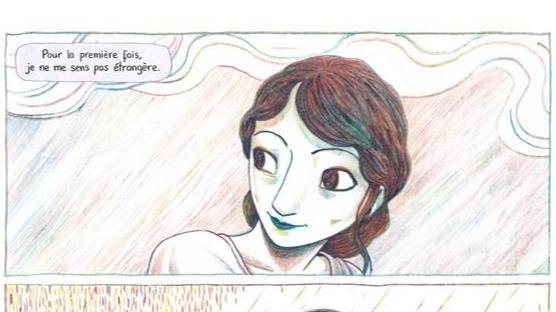 In love, creative and free: Anaïs Nin told in comics by the designer Léonie Bischoff 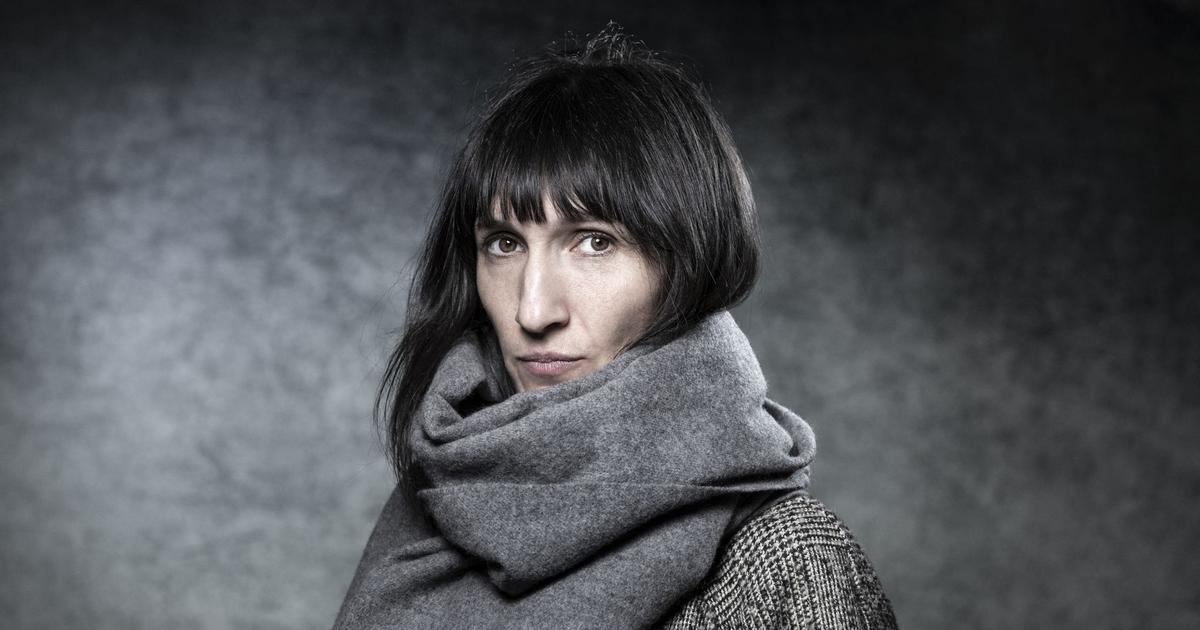 Catherine Meurisse, the comic strip spirit at the Academy 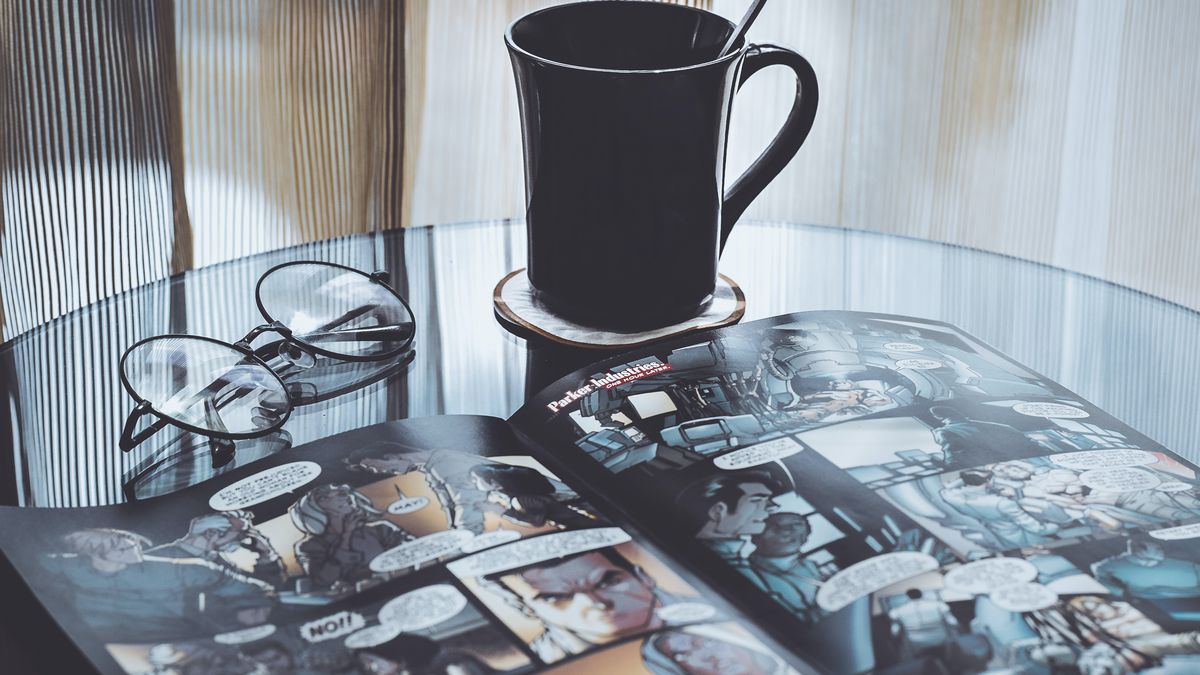 The best comics to read in a weekend 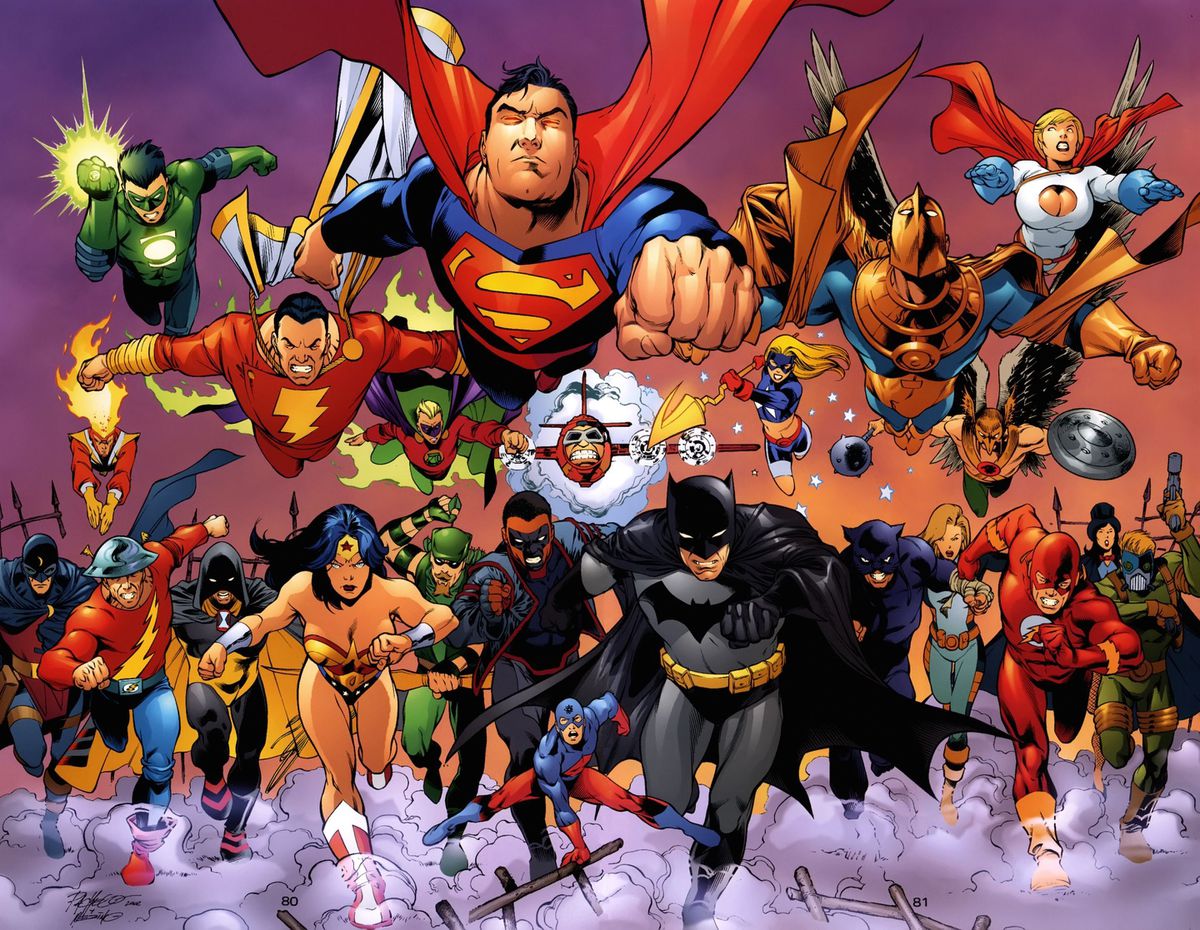 Seven comics to summarize the unforgettable career of Carlos Pacheco 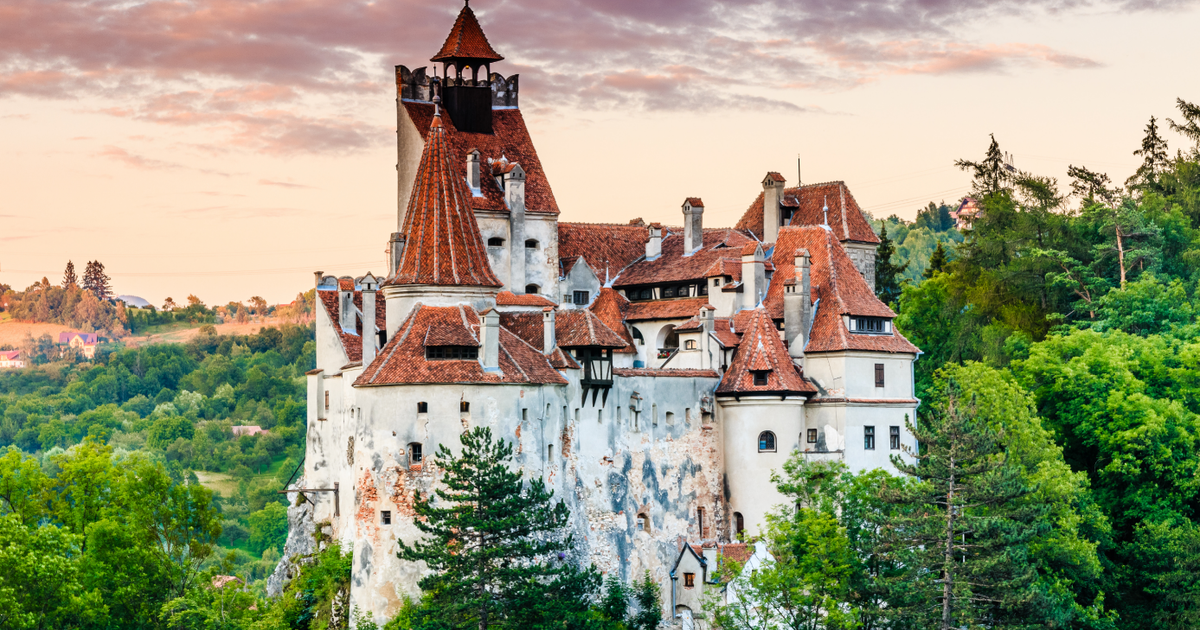 How about celebrating Halloween in Dracula's castle? There are still some places ! 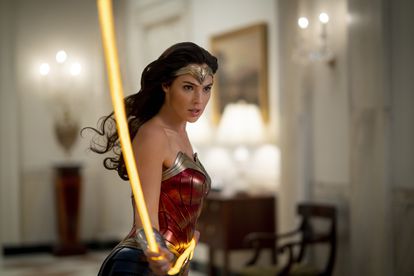