The Danish queen has underestimated her family's reaction: she apologized for her decision to strip four of her grandchildren of the title of prince and hopes the family can handle the situation.

After Queen Margrethe II of Denmark announced that four of her grandchildren would be deprived of the title of prince or princess, the monarch apologized for her decision.

However, she did not withdraw it.

Margrethe II said she wanted the monarchy "to move with the times."

The decision was not made overnight.

They will make the institution "future-proof," as the BBC reports.

The Queen also said she "underestimated" her family's reaction and was sorry.

From January 1, the four children of her younger son Joachim will only bear the titles of Count and Countess of Monpezat.

Affected are two sons from Prince Joachim's first marriage to Countess Alexandra and a son and a daughter with his current wife, Princess Marie.

The palace said it was a "natural extension" of the Danish queen's desire to slim down the monarchy.

Margrethe said: »No one should doubt that my children, daughters-in-law and grandchildren are my great joy and pride.

I hope now that as a family we can find the calm to deal with this situation," she said.

Prince Joachim was upset about his mother's decision.

It's not funny to see your own children being treated so badly, he told the newspaper Ekstra Bladet.

»You are in a situation that you do not understand«.

His wife, Princess Marie, said their youngest child was bullied at school after describing the announcement as "short notice".

In an interview, the couple also said that Margrethe hasn't spoken to them since the changes were announced.

One grandchild, Prince Nikolai, said his family was "shocked" by the decision.

His wife, Crown Princess Mary, defended the Queen's decision: "Change can be difficult and really hurt.

But that doesn't mean the decision isn't right." 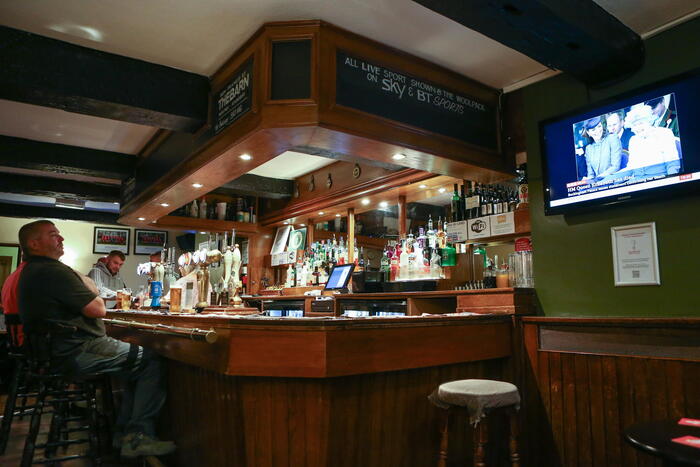