Almodóvar, in reading the work of Paco Bezerra: "I never imagined that I would attend an act against censorship today" 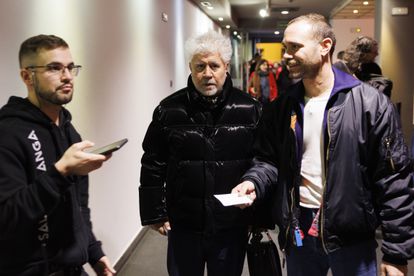 An imposing, long and emotional ovation, the public standing up, bravos and applause, embraced tonight the dramatized reading of

I die because I don't die

, the work of the playwright Paco Bezerra vetoed by the Community of Madrid.

The event, held in a packed Sala Berlanga in Madrid, was attended by representatives from the world of culture and politics, thus demonstrating their determined support for the author after the withdrawal of the work from the Teatros del Canal programming by the Ministry of Culture of the Community of Madrid.

The show, with original music by Luis Miguel Cobo, was directed by Matías Umpierrez.

Paco Bezerra gets involved with Vox in the Madrid Assembly: "You judge with your morality, which is not that of all Madrid residents"

The meeting was attended by, among others, Pedro Almodóvar, the actor Asier Etxeandia, the actresses Marisa Paredes, Elena Anaya, Macarena García, Goya Toledo and María Adánez.

Luis Luque, attached to the direction of the Spanish Theater;

From the political world of Madrid, Manuela Villa, from the PSOE, as well as Mónica García, Jazmín Beirak and Rita Maestre from Más Madrid were present.

Tickets for the event, with a capacity of 200 people, sold out within hours of going on sale.

At the entrance of the meeting, Luis García Montero described the work of

I die because I don't die

“Bezerra is an author of great interest.

I never understand censorship and even less with a work that does not offend anything and creates a lot, ”he added.

Pedro Almodóvar pointed out: “I am here because I am absolutely against any type of censorship and this takes us back to the worst times.

I never imagined that he was going to intervene today in an act against censorship.

Forty years ago we demonstrated for this”.

Along with him, Marisa Paredes also showed her rejection of censorship.

“It is essential that the work be seen and have the possibility of saying that the Community of Madrid is wrong.

It is an assault on culture that must be answered," said the actress.

In the discussion with the public that Bezerra and Umpierrez held with the public, Almodóvar again lamented the setback and recalled that when he premiered his film in 1983

starring nuns, was not censored.

In addition, he encouraged Bezerra to go out himself as an interpreter on stage: "If you want, I'll direct you."

Pedro Almodóvar, upon his arrival at the dramatized reading of 'I die because I don't die'. Sergio Pérez (EFE)

Paco Bezerra confessed his nerves, but also his happiness.

“I am facing the best dream cast for one of my works.

These five actresses are the best”, said Paco Bezerra.

The function was much more than a dramatized reading.

It was a whole acting lesson offered by the five interpreters, all of them dressed in black.

Sitting in a row in front of the public, with a lectern and each one illuminated with a white light, they were interspersed in the narration in the different scenes and, in some cases, generating encounters within the text.

Umpierrez wanted to play, on the screen behind the scenes, with the color blue as a "symbol of freedom and truth" and red "as a texture of passion and power."

The performance ends with a quote from Teresa de Jesús: "He who wants to get everything, must give up everything."

The dramatized reading of

I'm dying because I don't die

is part of a cycle organized every year by the General Society of Authors of Spain (SGAE) with the aim of taking the pulse of contemporary dramaturgy and which includes works awarded by the institution .

was awarded by the SGAE with the Jardiel Poncela prize, an award that also includes the edition of the work.

The first is more orthodox and clearly attached to the life of the saint, a kind of

faithful to the true biography, while in the second, imagined and unreal, the protagonist is resurrected in today's Spain and begins the search for her scattered body. around the world to compose herself, while discovering the image that current society has of her.

The work by Paco Bezerra, National Award for Dramatic Literature in 2009 for

, was scheduled for January 2023 by the artistic director of the Teatros del Canal, Blanca Li, a decision that was later annulled by the Community of Madrid, alleging “economic imbalances and artistic opportunity”, despite the fact that the production was closed and approved.

The performance had the budgetary support of Prospero Extended Theatre, an ambitious project that brings together nine of the most important theaters in Europe (Odeon in Paris, Schaubülhne in Berlin, the Belgian theater in Liege and the Canal Theatres, among others), that he had selected Bezerra's work, at the proposal of Blanca Li herself, for a European tour.

The playwright Paco Bezerra's voice does not tremble and he says what Santa Teresa would think today: "If Santa Teresa were here today, she would spit in your face, all of Vox, one by one" pic.twitter. com/2BexA0RFhx

Paco Bezerra, whose participation in a library dependent on the Community of Madrid within the Eñe Festival acts was also annulled, has been denouncing the "censorship" against his work since July.

The controversy has reached the Madrid Assembly, in which both the Community's Culture Minister, Marta Rivera de la Cruz, and the channel's artistic manager, Blanca Li, have declined to appear and answer questions from the opposition.

Yes, Bezerra himself did it on Tuesday of last week, who appeared, at the request of the Mas Madrid parliamentary group, in the Culture Commission.

The playwright clashed with the Vox deputy, Gonzalo Babé, who described the play

as Muero porque no muero

of “harmful and grotesque”.

I respect Santa Teresa much more than you.

You have to read before you speak.

I advise you to read the work of Teresa de Jesús and the one written by me before giving your opinion”, answered Paco Bezerra, whose speech went viral on social networks. 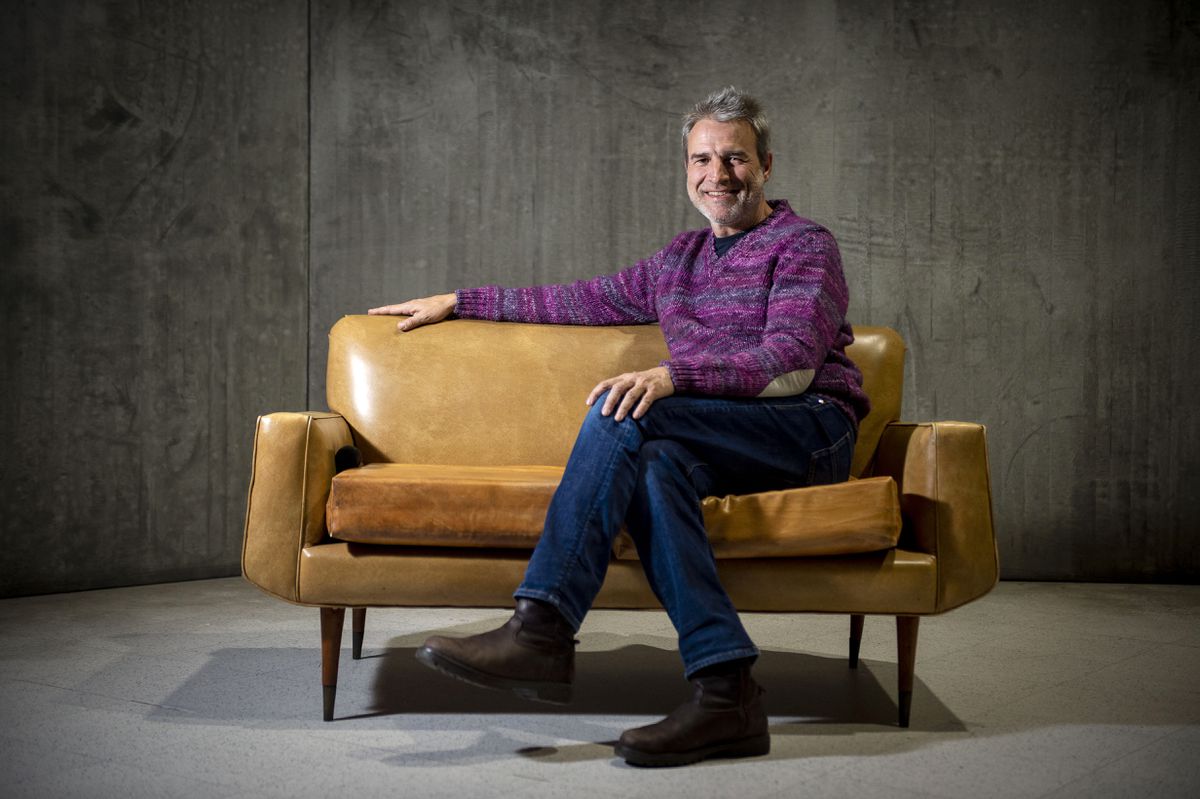 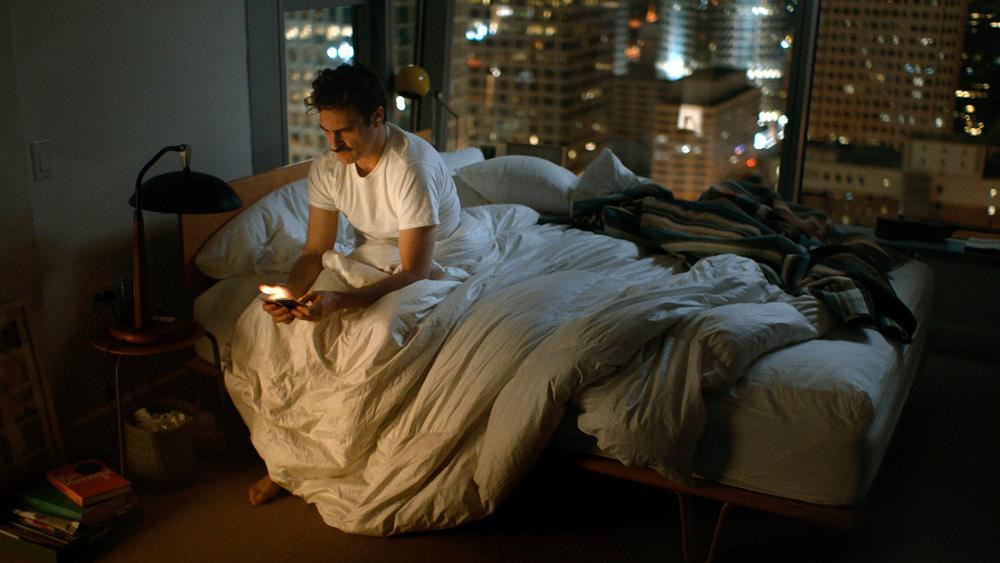 Faced with the new demands of women or out of a thirst for freedom: the boom of single men 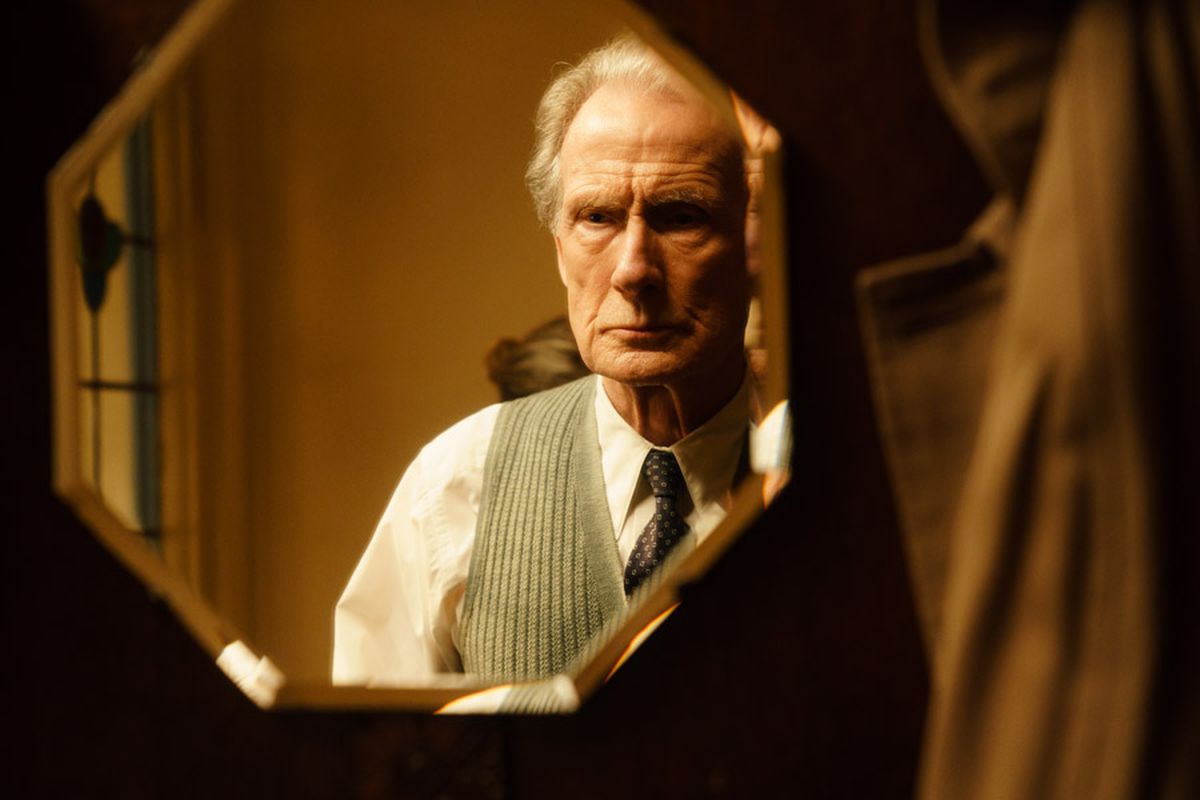 'Living': the writer is the alleged star 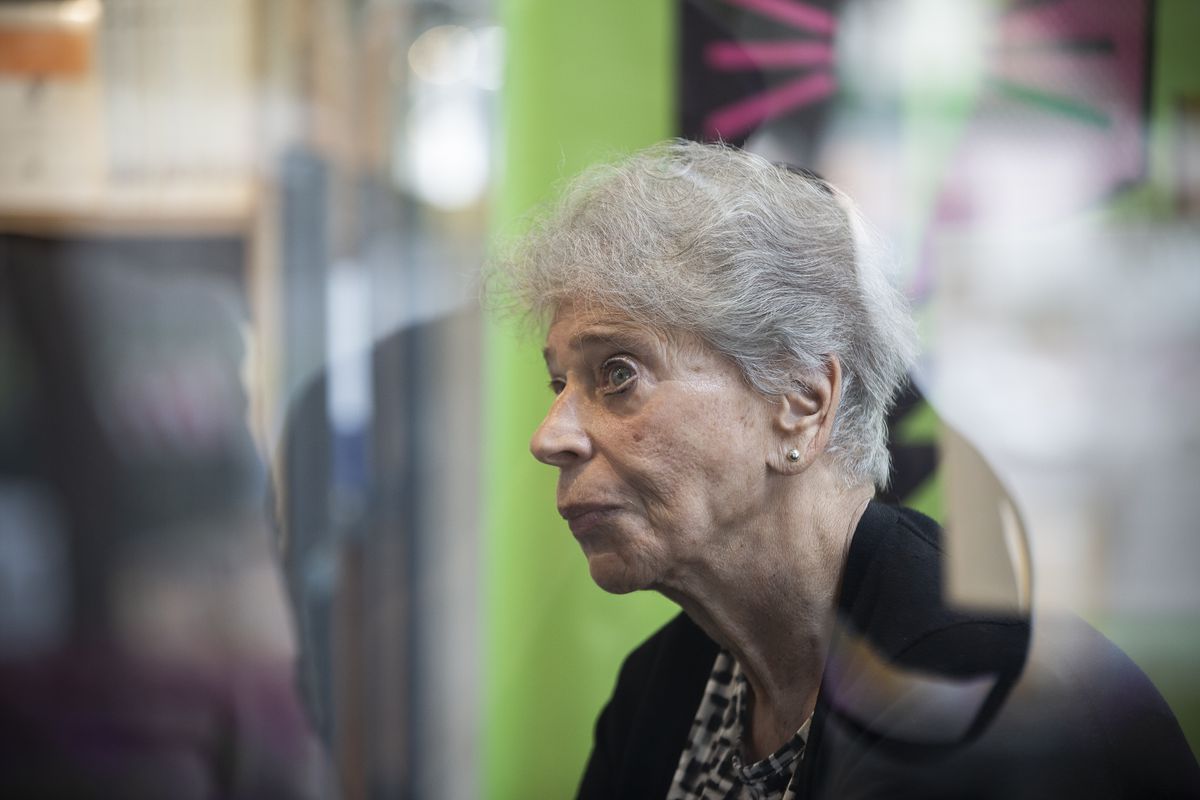 Vivian Gornick, writer: "I don't know what would have happened to me without feminism" 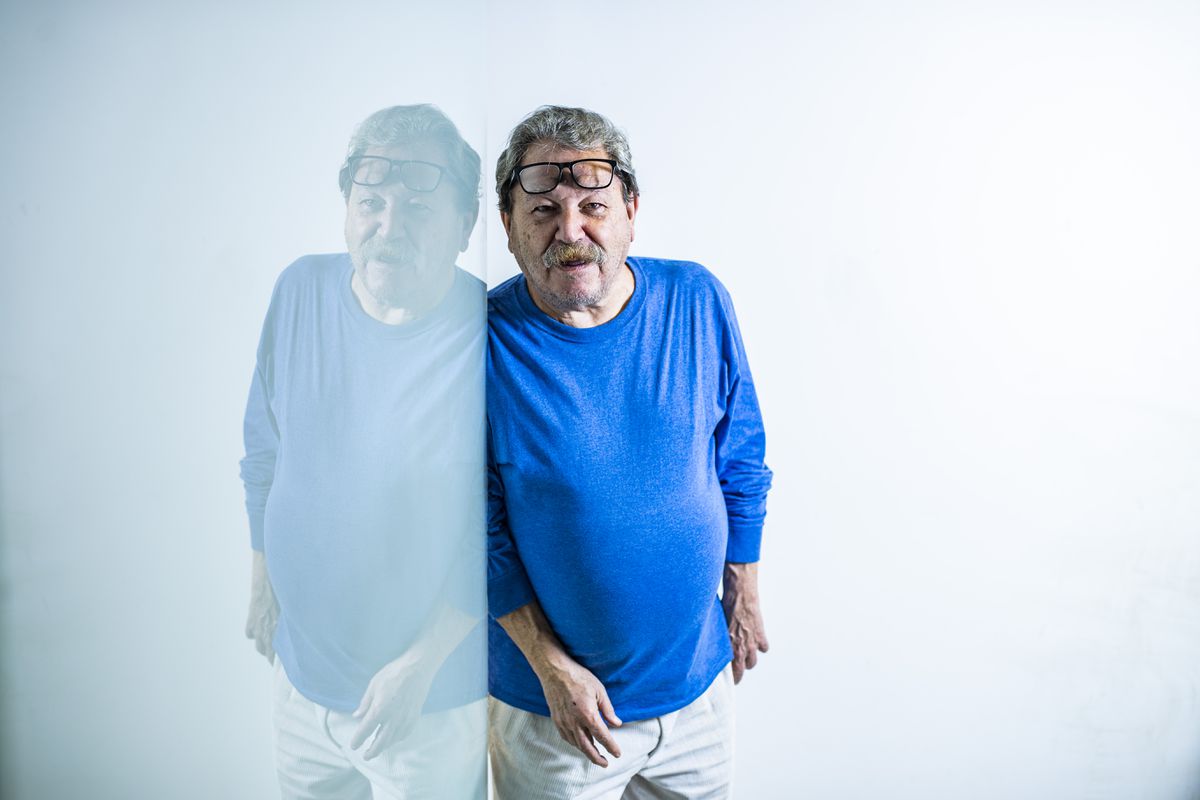 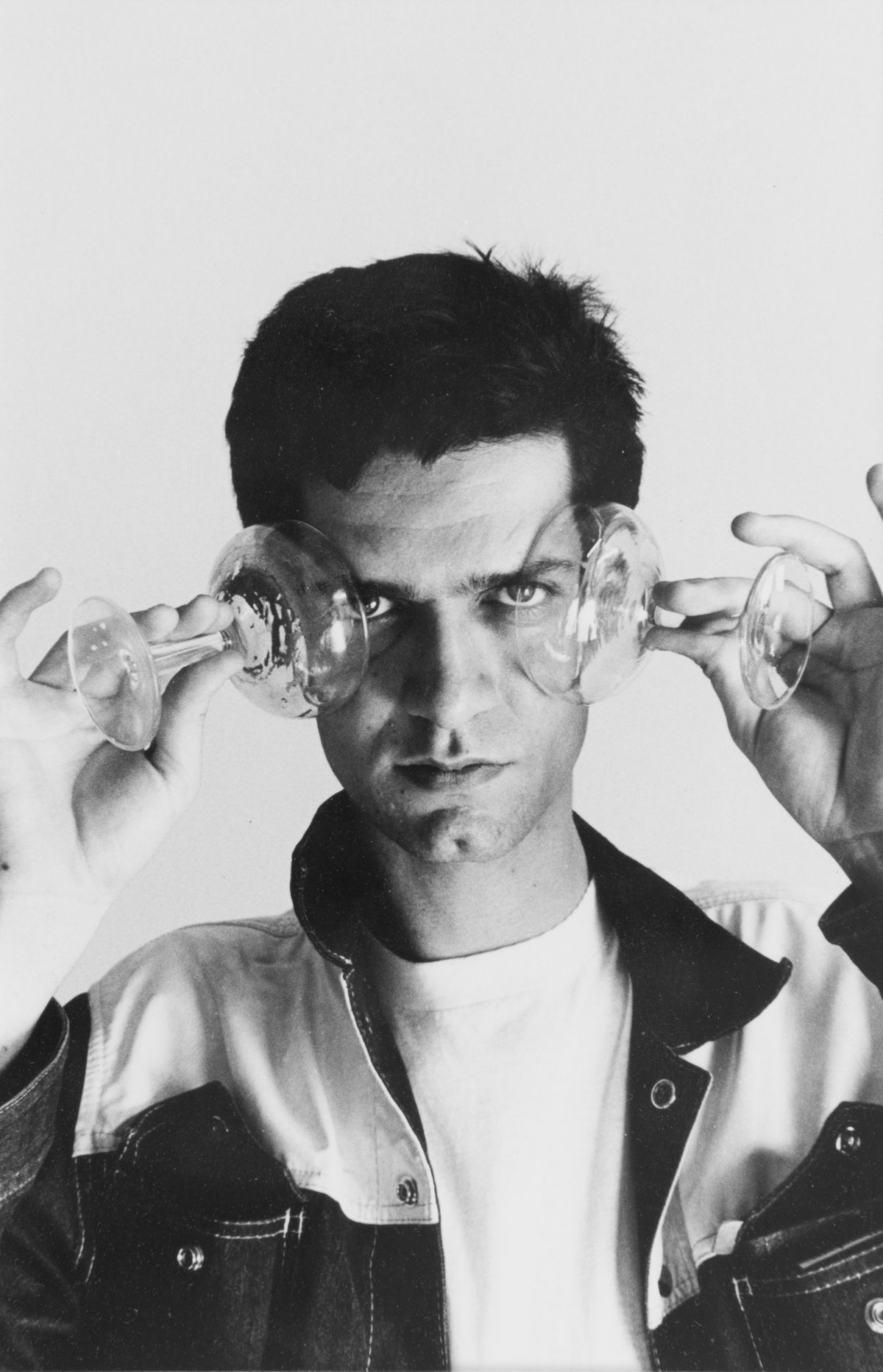 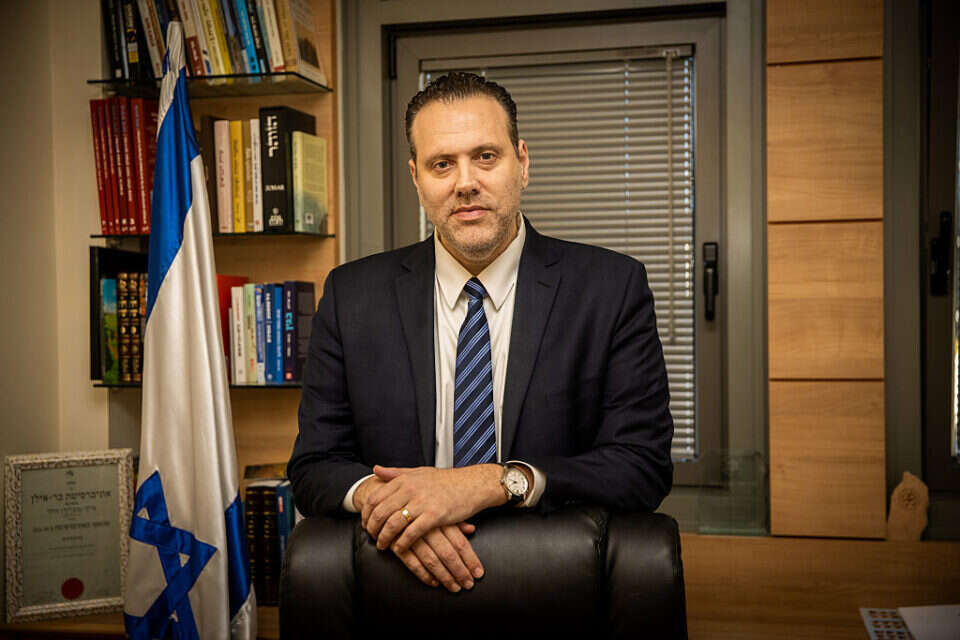 Miki Zohar clarifies: "I will not interfere in the holding of football games on Shabbat" | Israel today

After he supported blocking roads - the statement of the new Ben Gvir: "Those who block should be arrested" - voila! news