Ukraine: 'Russians riddle Kherson art museum with bullets, 80% of collection stolen'. New director in Zaporizhzhia. Moscow: 'We're not leaving'. Zelensky: 'Russia will lose one hundred thousand of her soldiers this year and God knows how many mercenaries' (ANSA) 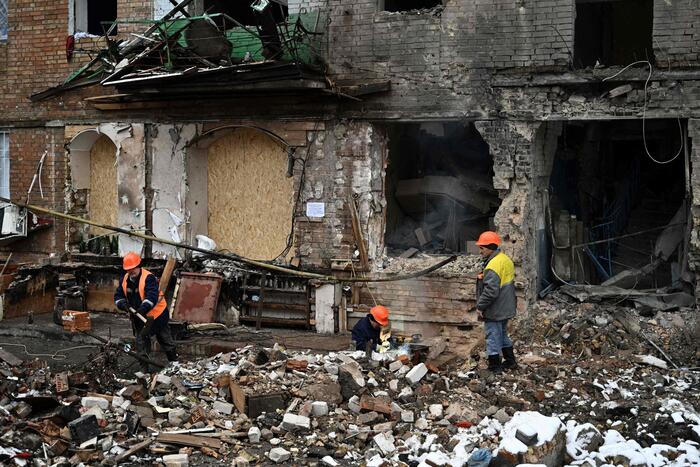 The Russian army bombed the Belopolye hospital in the north-eastern region of Sumy this morning, killing a teenager: reports Kyrylo Tymoshenko from the Ukrainian presidential office.

"Sumy region, November 30, in the morning the Russian Federation bombed a hospital in Belopolye. A teenager died. Nearby houses and cars were damaged."

Tymoshenko added that in the last 24 hours, Russian troops have launched 158 artillery and 28 mortar attacks in the border areas of the Sumy region: power lines, private houses, grain warehouses, buildings have been damaged.

Moscow: 'We are not leaving' -

Yury Chernichuk, a former chief engineer of the Ukrainian atomic agency Energoatom, has been appointed as the new director of the Zaporizhzhia nuclear power plant by the Russian authorities who control the plant, located in the town of Energodar.

This was announced by Renat Karchaa, adviser to Rosenergoatom, the Moscow agency that manages nuclear power plants.

"There are no signs of our withdrawal from the Zaporizhzhia power plant or from Energodar," Karchaa said in an interview with Rossiya 24 television broadcast by the Interfax agency.

- In the morning, Russian troops riddled the Kherson Regional Art Museum with bullets, reported the deputy chairman of the regional council Yuriy Sobolevskyi, quoted by Ukrinform.

"The Kherson Regional Art Museum Oleksiy Shovkunenko was hit this morning. The building was damaged: the windows were broken, the walls were riddled," he said.

Previously from the museums of the southern Ukrainian city - the regional administrators revealed - the most precious finds had been stolen.

In particular, about 80% of its collection was stolen from the art museum.

Russia will lose 100,000 of its soldiers this year and "God only knows how many mercenaries"

Despite the losses, Russian forces are still trying to advance into the Donbass (east) and want to move to the south.

"But we keep the defenses and, most importantly, we don't let the enemy realize his intentions - he continued -. They said they would capture Donetsk: in spring, summer, autumn. Winter is starting ... every lose hundreds of mobilized soldiers and mercenaries a day". 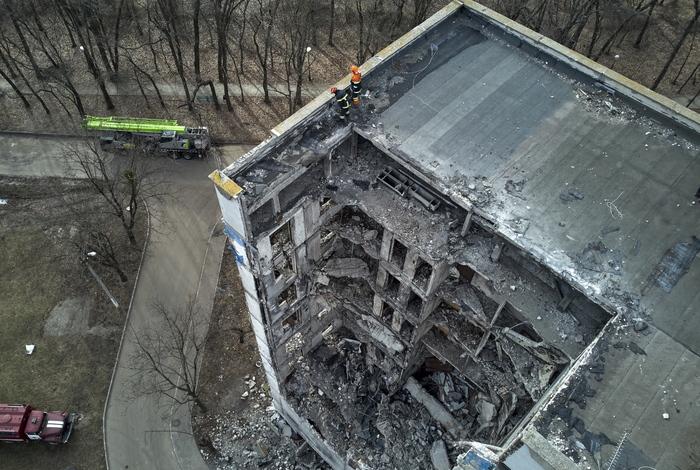 Kharkiv, Russian missile on condominium, at least one dead 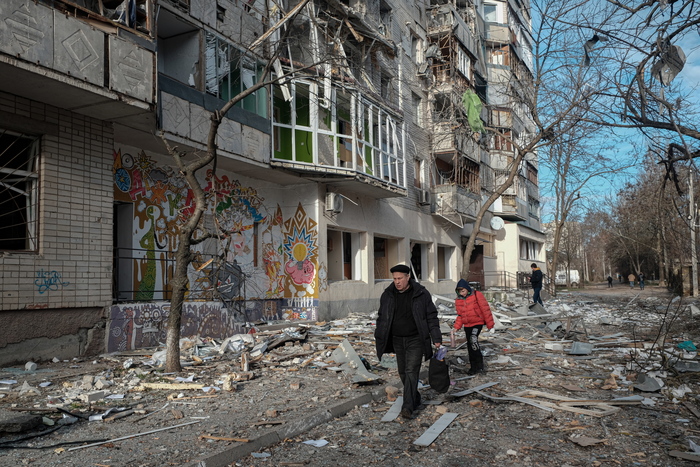 Zelensky, raid on Kherson is Russian 'terrorism' to 'intimidate us' 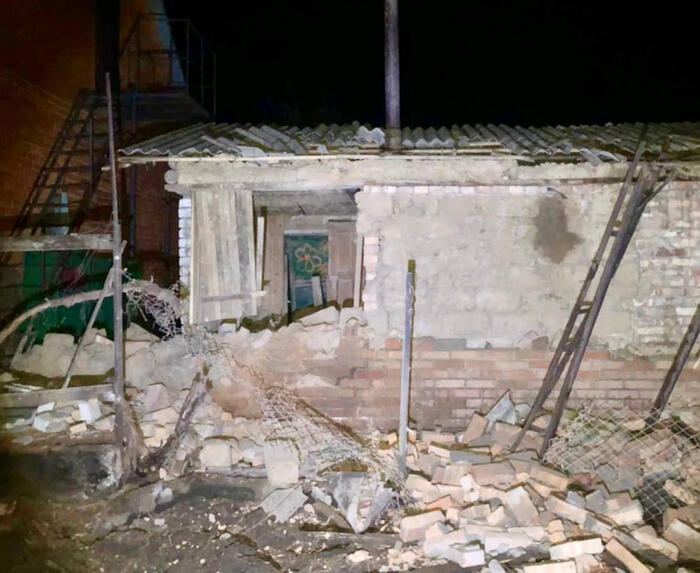 Ukrainian forces bombed the city of Donetsk with Grad missiles 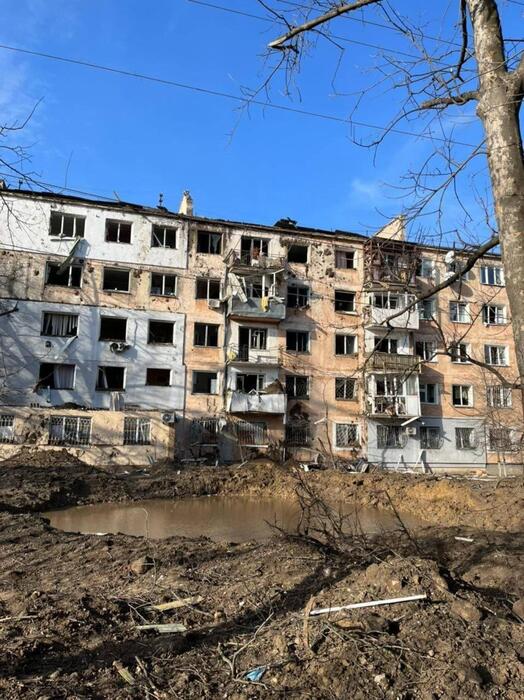 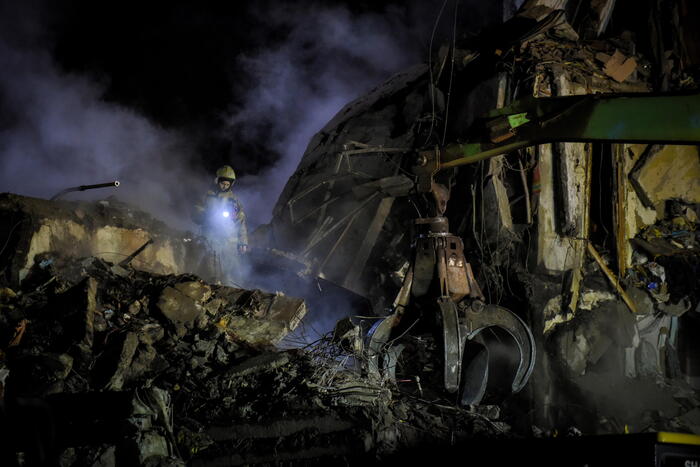 Ukraine: Russian 'decisive action' in sight in the next 6 months 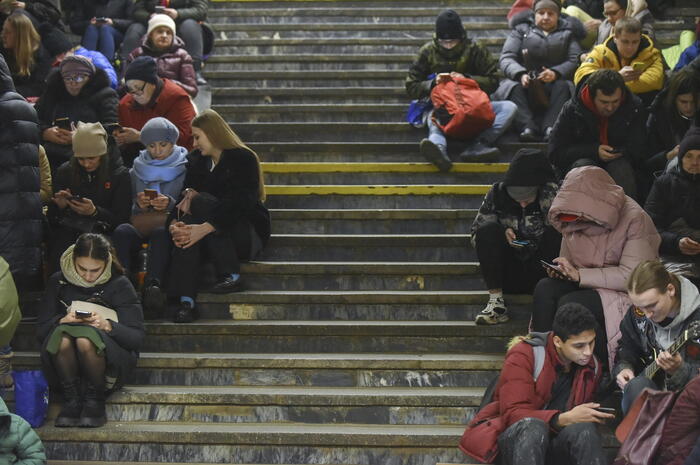 Ukraine: mayor of Kiev, one dead and several injured in raid