Sergio Hernández and the fable of the anteater

The Oaxacan painter exhibits for the first time, and after 40 years of experience, in the United States 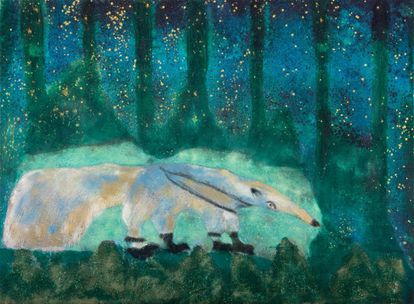 Sergio Hernández's world is full of bugs and imaginary creatures.

The Oaxacan artist extracts them from their dreams and nightmares and exorcises them on canvases with sand, lead and even gold.

Among the fantastic catalog of Hernández, one of the most important artists in Latin America, there is an animal that stands out from the rest.

It does not belong to the chimerical world, but to the most earthly: the anteater.

"In the zoo of my Oaxacan soul, among insects and axolotls, I bring back an anteater that has frequently visited my dreams since I visited it one day in a Berlin zoo," the artist confessed to this newspaper.

The anteater occupies a prominent place in

The work is at the center of the exhibition that recently opened its doors at the San Diego Museum of Art and that takes a tour of the more than four decades of the artist's career.

The Mexican tamandúa, the species that Hernández portrays in large volume, is made with pigments and sand.

It is a work of gratitude to what he considers his nahual, the protective spirit of Mesoamerican pre-Hispanic societies.

protector [a concept similar to the totem] in transit through this underworld that is sometimes the 21st century,” says Hernández.

In exchange for protection, the painter dressed it in “mineral blue” and “barite green”, two colors that he believes the mammal has among his favorites.

The spell of the nahual has been favorable for Hernández, who at 65 has lived several lives.

The animal is also a remnant of the stories with which her grandmother sweetened a hard childhood in her native Santa María Xochistlapilco, a region located in the Mixteca sierra of Oaxaca, in the northwest of the state.

“It's a live ember from her kitchen in my memory,” she adds.

The anteater, she adds, comes to her call when she invokes it and always accompanies it.

Hernández has painted anteaters since the 1990s. 'Oso homiguero' is part of the exhibition.

is a sign of the good fortune that its protective spirit has provided it.

The milestone is surprising when talking about one of the most recognized pictorial exponents in Mexico, a graduate of the prestigious La Esmeralda school and whose first works were selected for the Salón de Artes Plásticas de Bellas Artes for the first time in 1977. In 1984 he was part of the first Biennial from Havana.

It was in France where he met Francisco Toledo, an artist with whom he shared not only his homeland but also a fertile imaginary world.

Teresa del Conde, one of the most influential Mexican art critics of the late 20th century, maintained that, much to the chagrin of Rufino Tamayo and Francisco Toledo, there was no Oaxacan school of art.

However, Hernández, above all, represented the "essence" of what is Oaxacan through "the iconography of various motifs, the grids that govern the compositions, and the color."

The 33 works that make up

are a brief summary of 40 years.

There are the most characteristic works of Hernández, canvases of great proportions of sulfur, cinnabar and lapis lazuli, like the one used by Fra Angelico during the Renaissance.

These are the ones that welcome visitors.

There are also paintings specially made for this show.

Among these are five oil paintings covered with gold leaf, on which the artist's magical fauna is drawn.

It is the first time that Hernández uses this element in his art.

Also noteworthy is the selection of the work that Hernández made seven years ago, using lead plates as the base of the works.

, due to the process that was necessary to follow in order to mark the metal with the dreamlike and apocalyptic landscapes.

These works underscore Hernández's role as an alchemist, who pours acids, vinegar, malachite, turquoise, and other pigments to stain the plates and reveal figures that are initially only obvious to the artist.

The use of liquids, however, creates toxic vapors that can affect the lungs by accumulating silicon.

To avoid this, the painter worked with a mask to prevent these gases from reaching his nose.

It was Roxana Velásquez, director of the San Diego Museum of Art for 12 years, who opened the door to Hernández's worldview.

The cultural promoter and the artist met in 2019 at the Marco Fair in Mexico City, where they promised to hold the show in this city in the southern United States, which borders the intense experience that is Tijuana.

California was an optimal destination for Hernández's first exhibition.

The constant migratory flow of Oaxacans to the State of the West —a relationship that has generated the fictitious territory of Oaxacalifornia— has especially benefited cities like Los Angeles, where the linguistic, clothing and, above all, culinary traditions of the peoples of the Mexican entity.

Hernández agreed to the exhibition in San Diego for different reasons.

The first, because crossing the border would allow the ideas of an artist who is also a prominent activist to be taken to new territories.

And the other, perhaps more important, is that he would feel sheltered next to the art gallery that today highlights his work.

The San Diego Museum of Art has a small but powerful selection of master artists such as Zurbarán, José Ribera, El Greco, Murillo, Sorolla, Juan Sánchez Cotán and Giorgione, a fifteenth-century genius whose existence is doubted by some. .

The artist from Oaxaca liked to think that he belongs there, along with the European figures who influenced him and whom he considers his true school.

Belonging is one of the main themes of

Hernández uses materials from his land: sand, cochineals (a red pigment) and local insects, to generate art with the environment that has surrounded him.

His paintings reflect the hidden wonders of the natural world and indigenous wildlife.

Perhaps this is why the artist wanted to leave a valuable memory on this side of the border.

Hernández has donated the anteater canvas to the museum.

The artist is released from the protective spirit of him. 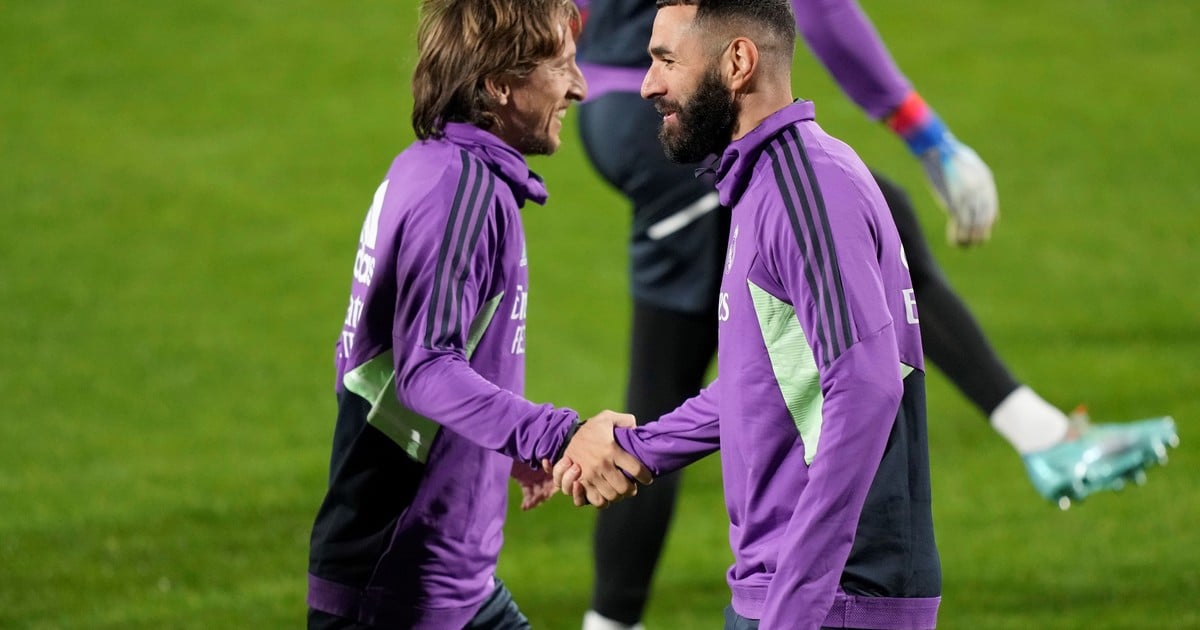 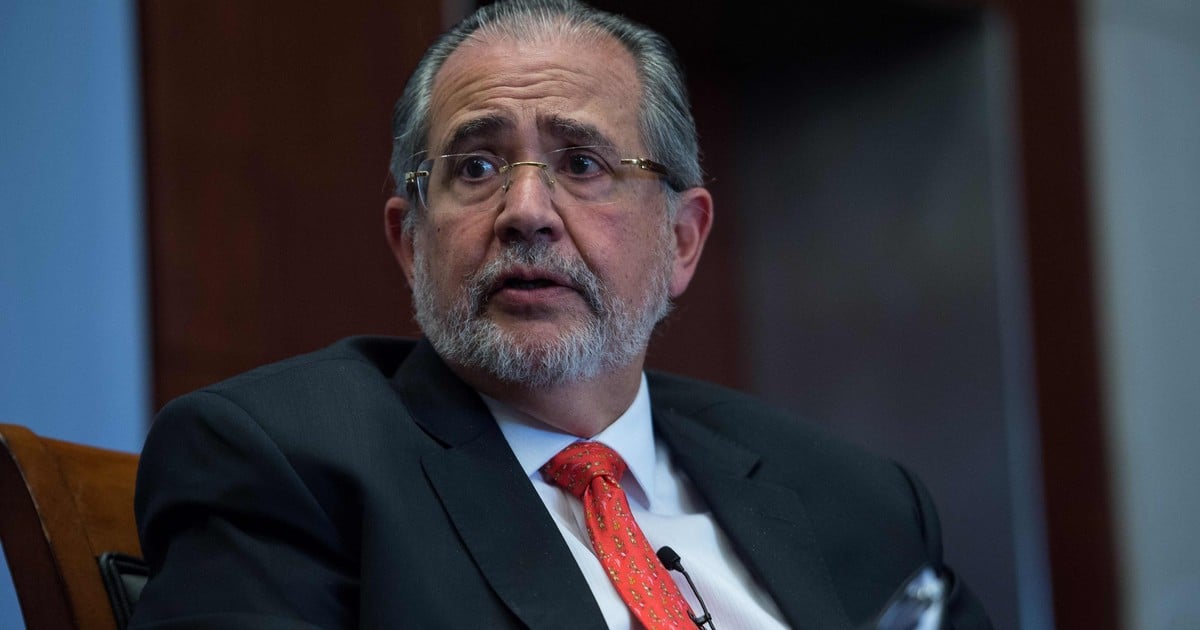 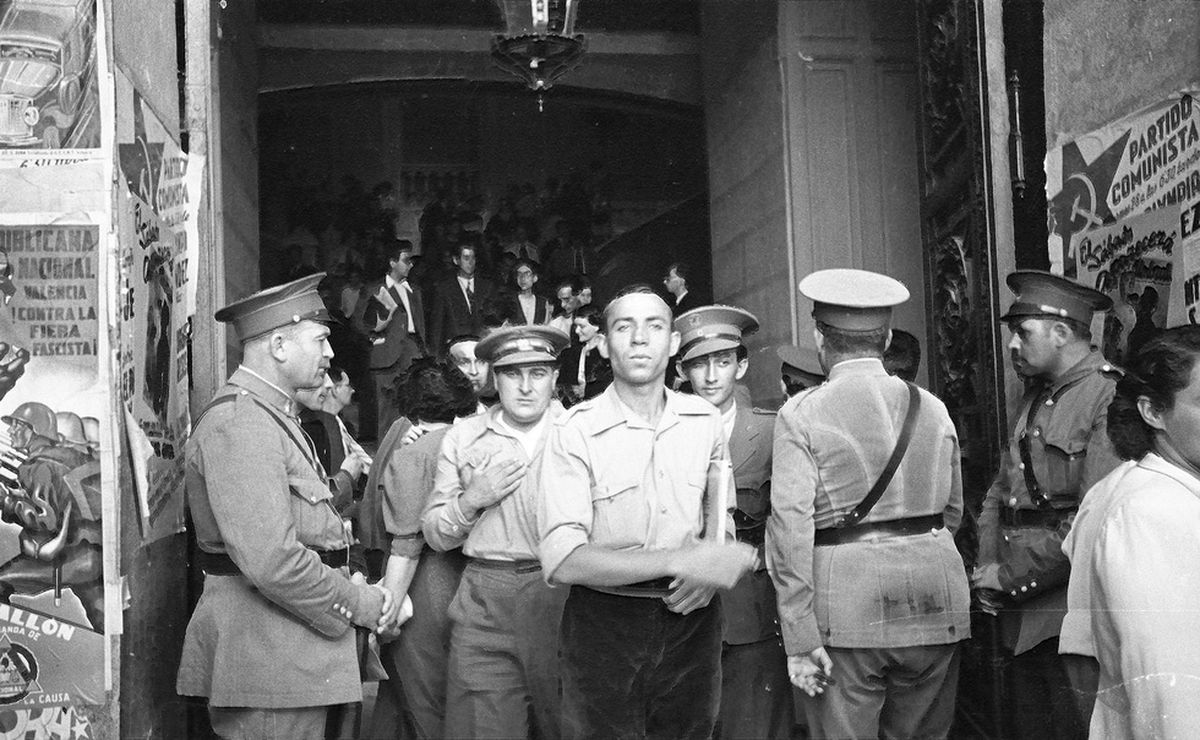 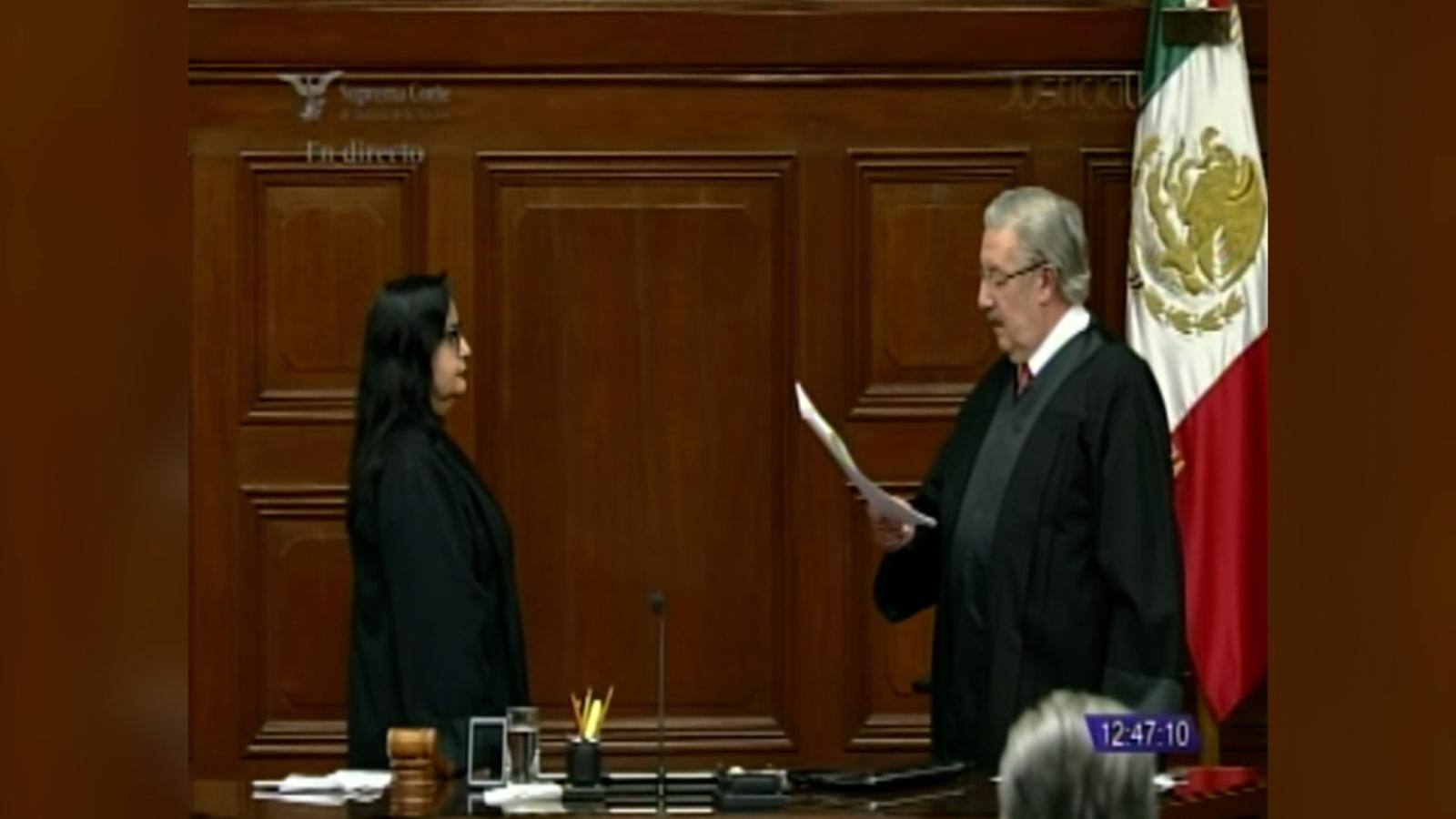 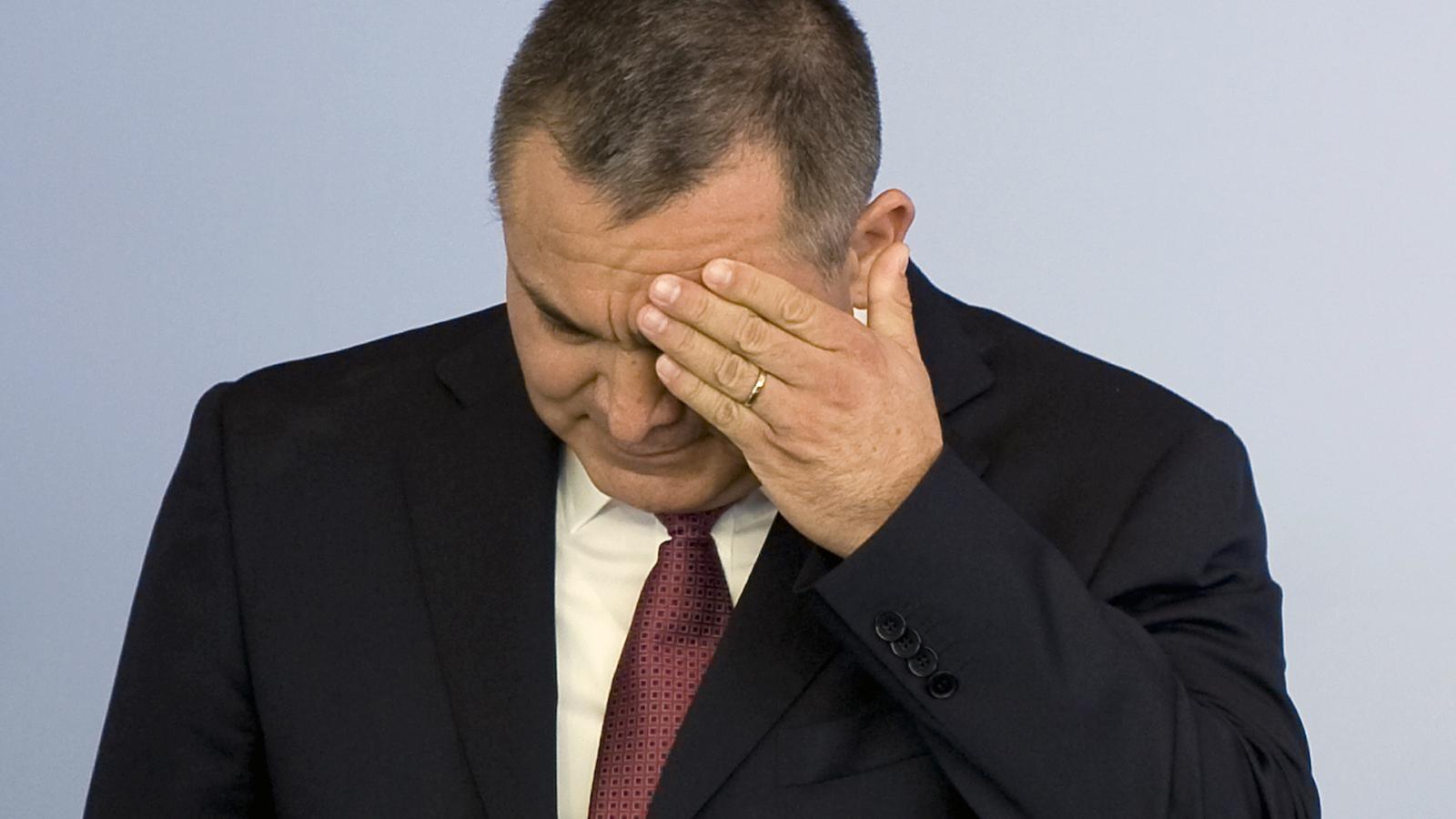 OPINION | Why is the trial against Genaro García Luna more important than that of El Chapo? 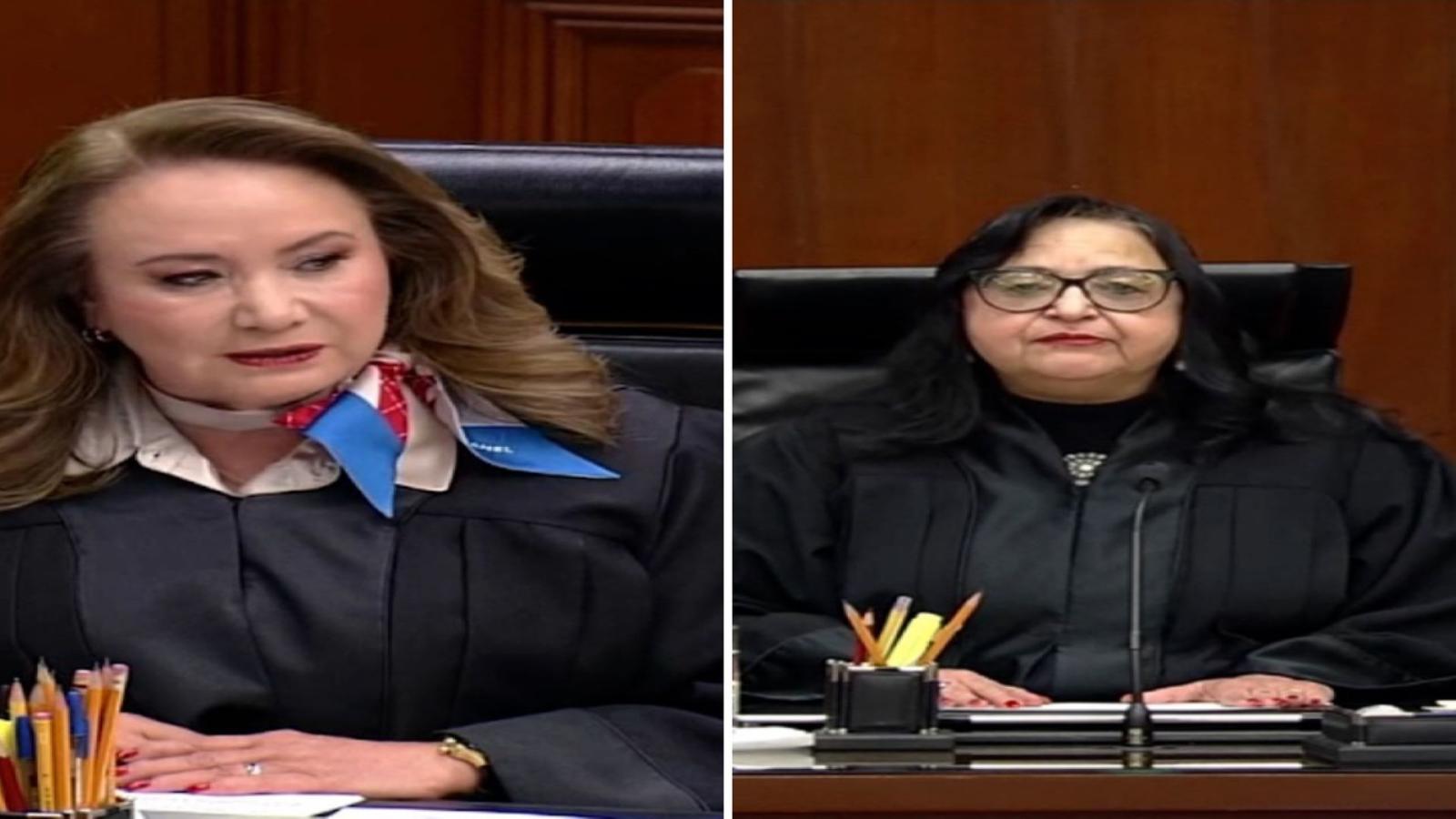 Mexico: this is how Yazmín Esquivel defended herself during the election of Norma Piña as president of the Supreme Court of Justice