Legendary Edward's crown must for Charles III. be "reworked".

Try it, don't fit: in time for the coronation in May, the royal goldsmiths have to change the headdress, which weighs two kilograms and that Charles III wears. will wear. 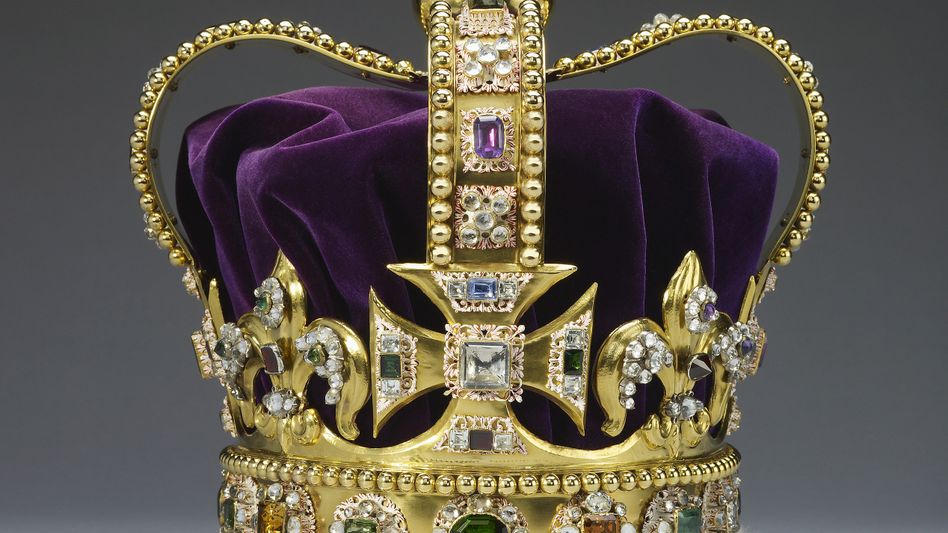 Made of pure gold, set with rubies, amethysts and sapphires: the Edwardian crown that Charles III.

will wear at his coronation

It's never too early to start with important preparations: The British royal crown is ready for the coronation of Charles III.

been taken from the Tower in London, as announced by Buckingham Palace.

The so-called Edward's crown has to be reworked for the ceremony on May 6, 2023.

As the dpa news agency was able to find out, the size of the headdress has to be changed – Charles probably has a larger skull than his mother.

The crown, made of pure gold and set with precious stones such as rubies, amethysts and sapphires, is considered the centerpiece of the British crown jewels in the Tower.

It was made in 1661 to replace the original crown of the last Anglo-Saxon king, Edward the Confessor (died 1066), which had been melted down shortly before during the English Civil War.

The Edwardian crown, which weighs more than two kilograms, is traditionally used to crown British monarchs.

It was also worn by Queen Elizabeth II, who died in September, at her coronation in 1953.

Charles will also wear the Imperial State Crown at the ceremony, the palace said.

This crown was placed on the coffin of the Queen at her funeral.

Does this also need to be changed?

There is still no information from the palace.

It was initially unclear whether King's wife Camilla, who is also to be crowned at the ceremony, will wear a crown last worn by Queen Mum.

The world-famous diamond Kohinoor from India is worked into the crown of Queen Elizabeth II's mother.

According to a media report, representatives of the Indian governing party BJP were critical of the possible use of the crown.

The British newspaper The Telegraph recently reported that this could bring back memories of the colonial era.

The palace announced on request at the weekend that a decision was still pending.