The return of revenge: on video, the new trailer for the documentary Harry &amp; Meghan

Lambasting the “royal family hierarchy” and declaring themselves victims of “hate and racism”, the Sussexes unveiled an explosive new trailer for their upcoming documentary on Netflix on Monday, December 5. 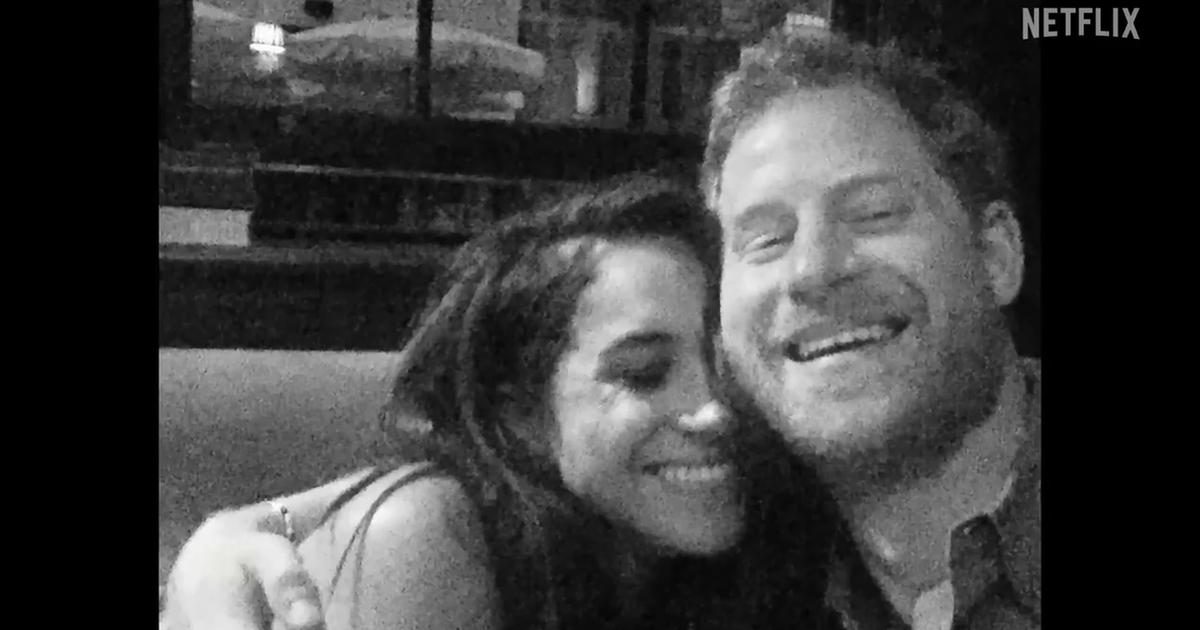 "What more could they possibly have to say?"

This is the question posed by Dickie Arbiter, a former press secretary to Queen Elizabeth, in the columns of the Daily Mail, on December 5.

unveiled on December 5, a feeling of weariness is confirmed both in royal circles and in British public opinion.

After a few jubilant crowd sequences recalling the enchanted beginnings and the dazzling popularity of Meghan Markle, the tone suddenly becomes more serious.

“There is a hierarchy in the family,” Prince Harry says in voiceover.

Who continues, about the revelations that are frequently made about the couple in the media: “There are leaks, but also purely invented stories.”

Read also“Repugnant”, “ingrate”, “a pair of hypocrites”… Even before its broadcast, the Netflix documentary on Meghan and Harry is already annoying

In this more fleshed-out trailer than the one revealed on December 1, never-before-seen footage shows a desperate Harry holding a hand to his face as Meghan Markle walks past him, then pregnant with their daughter Lilibet.

In addition, Prince Harry speaks of "the pain and suffering of women who marry within this institution".

All against the backdrop of a horde of paparazzi surrounding Lady Di – thus comparing her late mother to her wife, Meghan Markle.

In video, Meghan Markle and Prince Harry compete in ping-pong in the Invictus Games trailer

Royal life is 'a dirty game'

The younger brother of King Charles III and Princess Diana continues his parallel.

I didn't want history to repeat itself,” he says, making a clear allusion to his mother's tragic fate.

The one who occupies the 5th place in the order of succession to the British throne summarizes: "It's a dirty game".

And concludes facing the camera, a few seconds later: “Nobody knows the whole truth.

Between support from friends and weariness of the palate

"There was a war against Meghan to serve the ends of certain people," said Jenny Afia, the couple's lawyer, in the video.

What a friend, facing the camera, adds: "It's a story of hatred, of race".

Allegations joining the confessions delivered by the couple at the microphone of Oprah Winfrey, more than a year and a half ago.

In this interview, which had the effect of a thunderclap, the ex-actress of

(2011) had revealed that members of the royal family would have cared to know “how much [the skin of his son Archie] would be dark”.

The Duchess of Sussex had also described her psychological distress going as far as suicidal thoughts, and the indifference of the palace in this regard.

King Charles III and Queen Consort Camillane are 'not worried but weary' of Harry and Meghan's continued exuberance and complaints, sources close to the

The art of timing

The trailer finally reveals that the documentary will be released in two parts: a first will see the light of day on December 8, and a second on December 15 - the same day when Kate Middleton plans to hold her traditional Christmas concert, at the abbey. of Westminster.

What confirm the art of the timing of the Sussexes, who had released the first teaser, in full official visit of prince William and Kate Middleton in the United States, after eight years of absence.