The Pope's prayer, "May peace win over war" 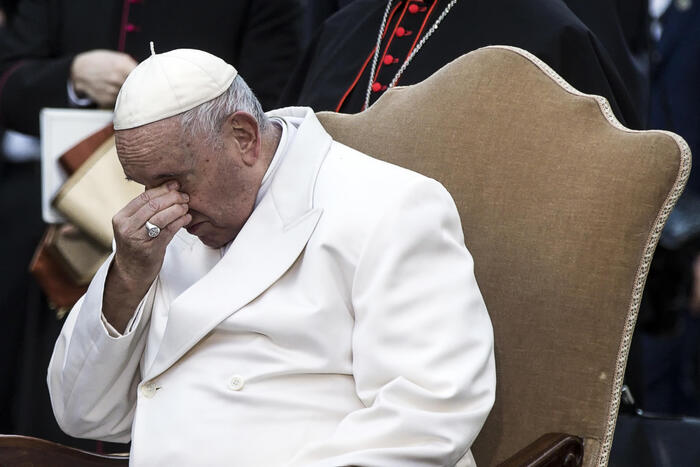 "Immaculate Virgin, today I would have liked to bring you the thanksgiving of the Ukrainian people...". The Pope's voice breaks with emotion, stops, almost unable to go on any longer.

The crowd of faithful in Piazza di Spagna applauds, seems to want to encourage the Pope, sharing the same emotion as him.

They are endless moments, of a lacerating intensity, with Francis who seems to carry all the pain and impotence in front of the war that does not end, the suffering of the population.

Then he resumes, still moved: "... for the peace that we have been asking the Lord for a long time. Instead I still have to present to you the supplication of the children, the elderly, the fathers and mothers, the young people of that martyred land, which suffers so much".

"But in reality - continues the Pontiff - we all know that you are with them and with all the suffering, just as you were at the cross of your Son. Thank you, our Mother! Looking at you, who are without sin, we can continue to believe and hope that love wins over hate, truth wins over lies, forgiveness wins over offense, peace wins over war. So be it!".

It is the final moment of the prayer pronounced by Francis in the Act of veneration at the Statue of the Immaculate Conception in Piazza di Spagna, who returned this afternoon with the public of the faithful after two years of detention due to Covid.

The Pope, welcomed by the cardinal vicar Angelo De Donatis and by the mayor of Rome Roberto Gualtieri in a tricolor sash, arrives there after a visit to the Basilica of Santa Maria Maggiore to pray in front of the image of the 'Salus Populi Romani'.

He also has a basket of white roses placed at the base of the Monument.

And before leaving for the Vatican, greeting some journalists, he explains the reasons for his emotion: "Yes, it's a great pain. Great ... A defeat for humanity. Let's pray, eh?".

That the end of the war in Ukraine would be at the center of the Pope's invocation was understood today also from the Angelus in St. Peter's Square, in which Francis asked the faithful to unite spiritually with him in the afternoon homage of "devotion filial to our Mother, to whose intercession we entrust the universal desire for peace, especially for the tormented Ukraine which suffers so much".

"I think of the Angel's words to the Virgin: 'nothing is impossible for God' - he said again -. With God's help, peace is possible; disarmament is possible. But God wants our good will. Help us Our Lady to convert us to God's designs".

But there is not only Ukraine in the Pope's prayer in Piazza di Spagna.

There are also concerns about the many social emergencies.

"After two years in which I came alone to pay homage at daybreak, today I return to you together with the people of this Church and of this City. And I bring you the thanks and pleas of all your children, near and far ", says Francis.

"I bring you the concerns of families, fathers and mothers who often struggle to make ends meet at home, and face small and big challenges day by day to move forward. In particular, I entrust young couples to you, because by looking at you and to St. Joseph may they meet life with courage trusting in the Providence of God".

"I bring you the dreams and anxieties of young people - he continues -, open to the future but held back by a culture full of things and poor in values, saturated with information and lacking in educating, persuasive in deceiving and ruthless in disappointing".

"I especially recommend to you the kids who have been most affected by the pandemic - adds the Pope -, so that they may slowly resume shaking and spreading their wings and rediscover the pleasure of flying high". 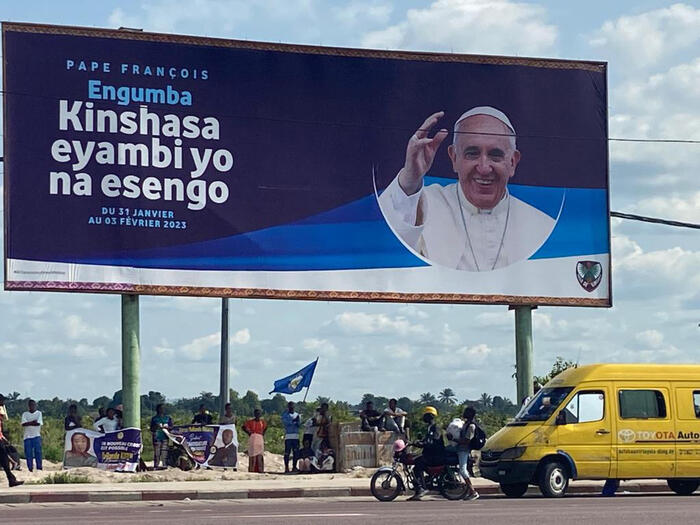 The Pope arrives in Kinshasa, 'in Africa with a message of peace'

The Pope arrives in Kinshasa, 'A message of peace in Africa' 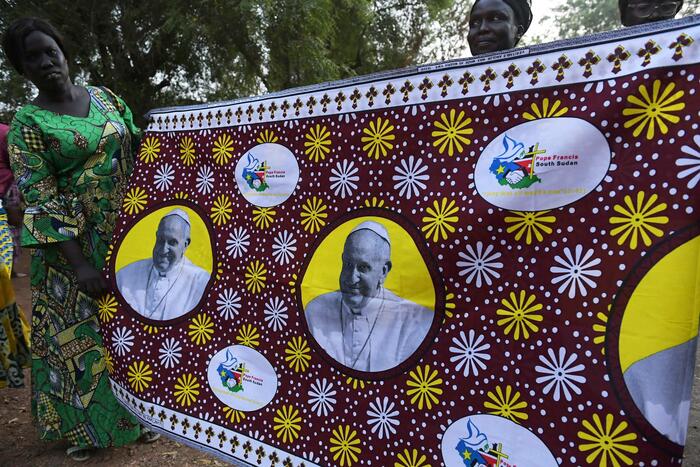 The Pope flies to Kinshasa, 'in Africa with a message of peace' 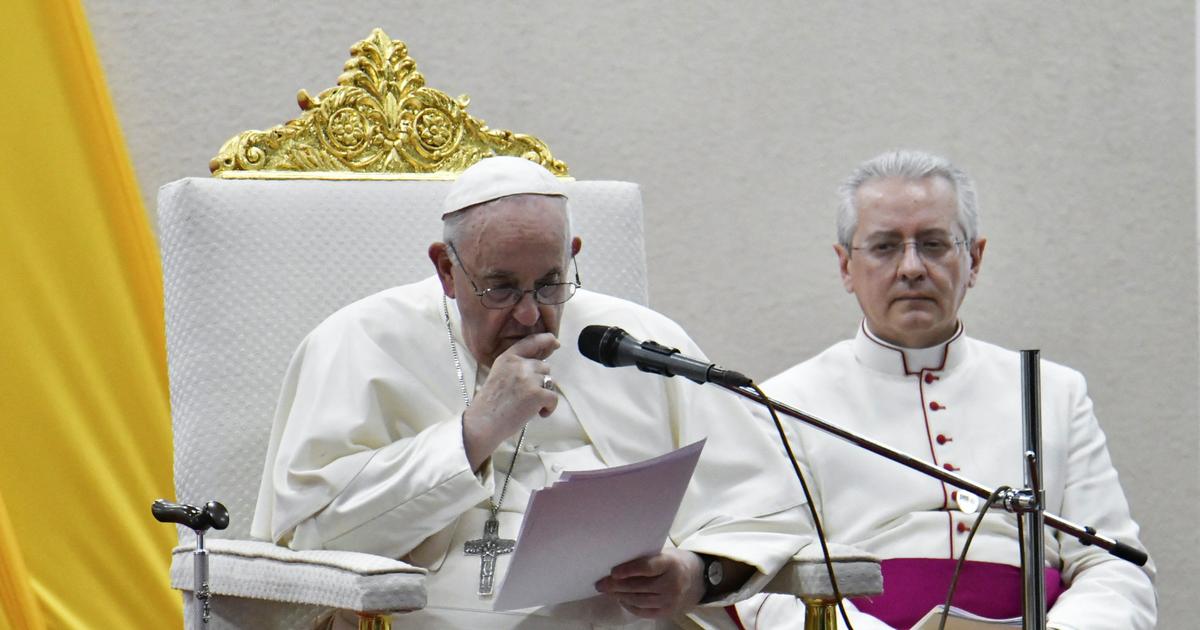 South Sudan: the pope issues a cry of alarm to restore "dignity" to the displaced 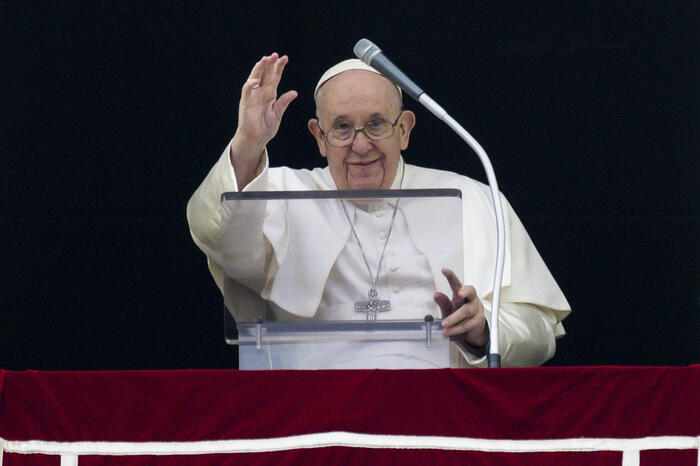 The Pope: "Serve and step aside, never cling to roles and positions" 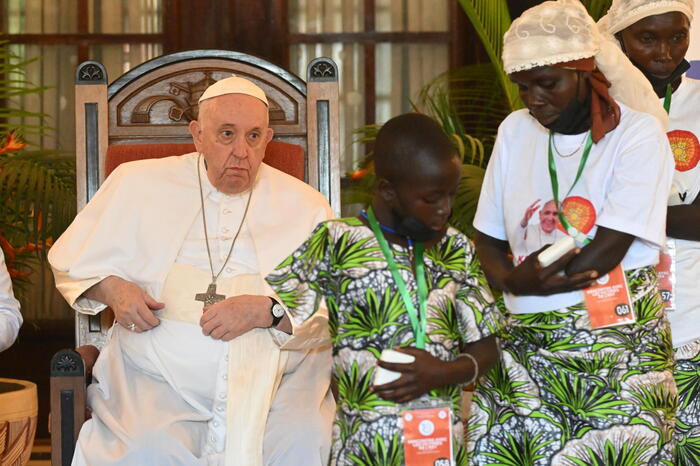 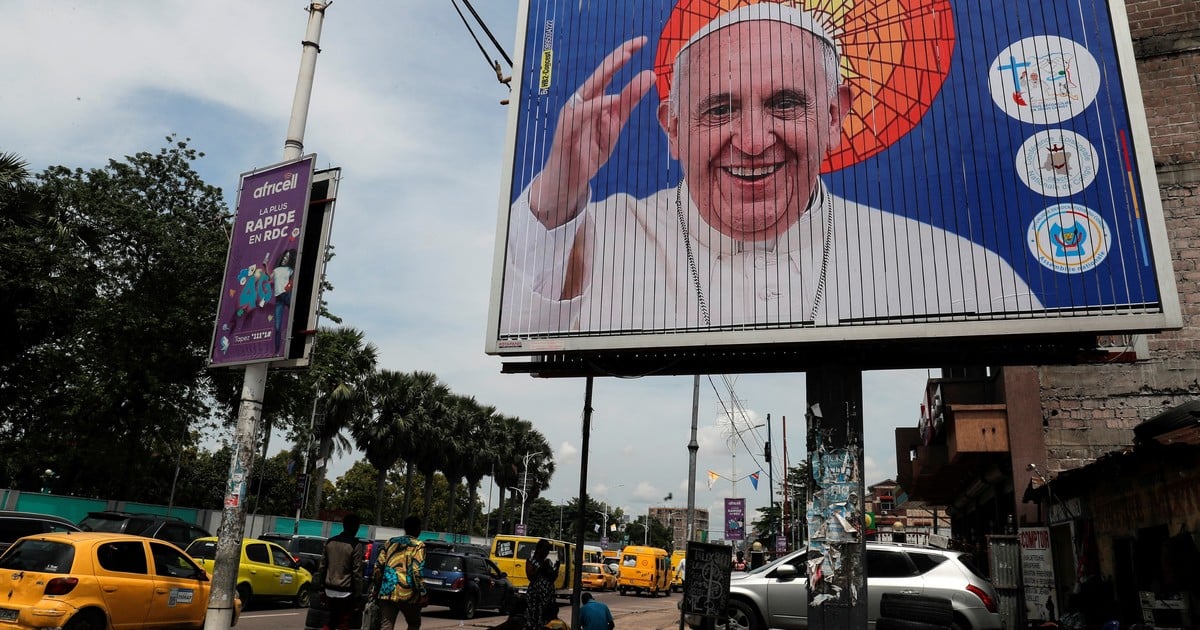 The Pope begins his postponed trip to Africa, bled dry by hunger and wars 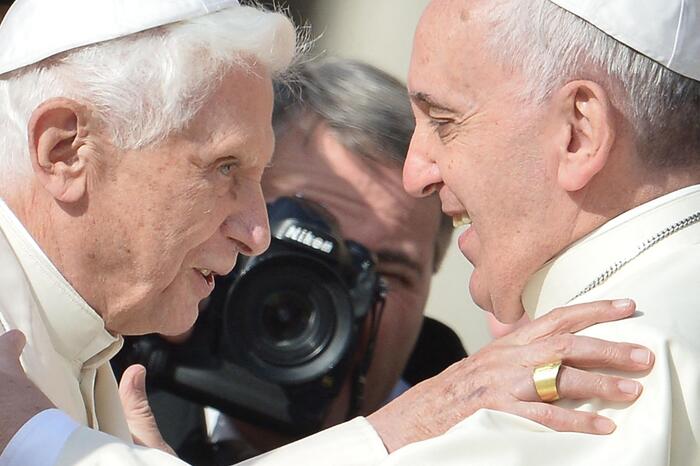