What's on in the cinema? She Said, White Noise, On a Fine Morning, Wisp, Guillermo del Toro's Pinocchio

Maria Schrader's film about the Weinstein revelations opens. Netflix offers »White Noise« in the cinema and »Pinocchio« in the stream, Mia Hansen-Løve surpasses herself – these are the film starts of the week.

Scene from »She Said« with Zoe Kazan (1st from left) and Carey Mulligan (2nd from left): It can be so gripping to listen to people talking

In cinemas from December 8th

Actually, in this film there is almost only talk, for more than two hours.

Often quietly and slowly, mostly about things that happened years ago.

That could be pretty tough.

But Maria Schrader has succeeded in creating a gripping journalistic thriller with "She Said" precisely because she trusts in the power of the spoken word.

Calmly, concentrated and moving, she tells how the sexual assaults of the producer Harvey Weinstein were uncovered and what wounds they left in the women concerned.

You can see them making phone calls, which they often hardly get anywhere, and if they do, then only by the millimeter.

Doors are slammed in their face.

Again and again, the two encounter barriers of fear and shame.

How they overcome them and get more and more of those affected to trust them gives the film its very own drama.

In one sequence, the camera glides across a hotel corridor.

Weinstein's original voice can also be heard speaking to model Ambra Battilana Gutierrez, who secretly recorded a conversation with him with the help of the police.

Then the camera explores the suite of a luxury hotel.

It's just one of many crime scenes.

The film by Noah Baumbach takes place in a past that only seems to be decades away and is about an American teacher (Greta Gerwig with absurd permed hair) and a university professor (Adam Driver with a cozy plauze), whose blended family is being shaken up.

Firstly by a chemical accident near where she lives and secondly by the appearance of a curious rival played by Lars Eidinger.

It is based on a novel by Don DeLillo that was published in 1985.

The film is screamingly colourful, intelligent, funny - and seriously over the top.

At the beginning, for example, Don Cheadle, in the role of a crazy film professor, explains how viewers enjoy the bloody terror.

and just such a particularly bizarre and particularly horrible car accident can also be seen later in the film.

Baumbach tells of the courage to joke as a survival strategy.

The children make wonderfully precocious speeches when a mass exodus ensues after a tanker truck and a freight train carrying chemicals collide.

The parents perform breakneck feats to save the family.

More than DeLillo's novel, "White Noise" is a strident satire.

It deals with serious contemporary issues.

From the destruction of the environment.

On people's susceptibility to conspiracy theories.

About the death fixation not only of western civilization.

But amidst the horror and apocalypse, Driver's professor, a specialist in Hitler research, and his loved ones are having a surprising amount of fun.

"On a beautiful morning"

Not because they have become estranged, but because Georg suffers from a special neurodegenerative disease that attacks his long-term memory instead of short-term memory.

The consequences for his family are almost more shocking than with Alzheimer's: Georg only remembers his current girlfriend.

The memories of his first wife, their two daughters, of family life as a whole are fading more and more.

It's only a matter of time before he forgets Sandra, who selflessly takes care of him even though she's a single parent.

But as Sandra's father steps out of her life, another man walks in.

Clément (Melvil Poupaud), an old friend of her husband who died young, is only someone who is good to have a glass of wine with.

Then you can also kiss him well, although he is married and also has a child.

And suddenly Sandra is faced with the question of whether, for a change, she should not take care of the father, the child and the job, but rather take care of herself, her own needs - whether she should ask Clément to leave his family for her.

The French author and director Mia Hansen-Løve is in top form in what is already her eighth film.

After the meta-fictional excursion to »Bergman Island« in Sweden, she has returned to the bourgeois apartments of Paris with »On a Beautiful Morning«, where the majority of her autobiographically influenced works are set.

But her view of the tragedies of everyday life has become more circumspect.

The efforts of Sandra and her sister to find a suitable nursing home for father Georg not only tell of the emotional burden between the generations, but also of the nursing misery in France.

At the same time, there is the passionate affair between Sandra and Clément, which fills not only Sandra's life but the entire film with light and warmth.

Bitter endings and promising beginnings intertwine in »On a Beautiful Morning« and result in a film whose tenderness lingers for a long time.

"On a fine morning."

Synopsis of the films of the Portuguese director João Pedro Rodrigues is usually not worthwhile, because anything imaginable can happen in them without there being a compelling reason for it.

It just happens - and is usually great fun.

This is also the case in »Irrlicht«, Rodrigues' first feature film since his multiple award-winning festival success »The Ornithologist«.

Therefore, instead of a synopsis, simply a list of the things that can be seen in "Irrlicht": a monarch who farts on his deathbed;

singing children in the forest;

Greta Thunberg's "How dare you" speech;

the fetishization of blacks as a result of Portuguese colonialism;

trial assignments with the fire brigade;

dance routines at the fire brigade;

gay sex at the fire department;

Does this all make sense?

The films of the Mexican Guillermo del Toro are dark and violent, even when they are about children.

The director, who received two Oscars for »Shape of Water« in 2018, makes us feel the nearness of death.

No wonder he moved his adaptation of Carlo Collodi's 1883 novel Pinocchio to Fascist Italy.

In his great animated film »Guillermo del Toros Pinocchio«, a wood carver loses his son in a bomb attack and creates a wooden puppet out of grief at the loss.

Then it suddenly comes to life.

Since Disney's 1940 classic cartoon, Collodi's work has been filmed time and time again, most recently with Tom Hanks in the role of the father.

But del Toro has made the material completely his own and enriched it with a lot of imagination, poetry and abysmal wit.

He celebrates his title character as a carefree hero who seems much freer than those around him.

His Pinocchio likes to step out of line, which causes quite a bit of trouble in fascist Italy.

One could criticize del Toro for not combining politics and fantasy as compellingly as in his masterpiece »Pan's Labyrinth« (2006).

He's a director who sometimes doesn't know where to go with all his ideas, but who always inspires with his exuberant ingenuity. 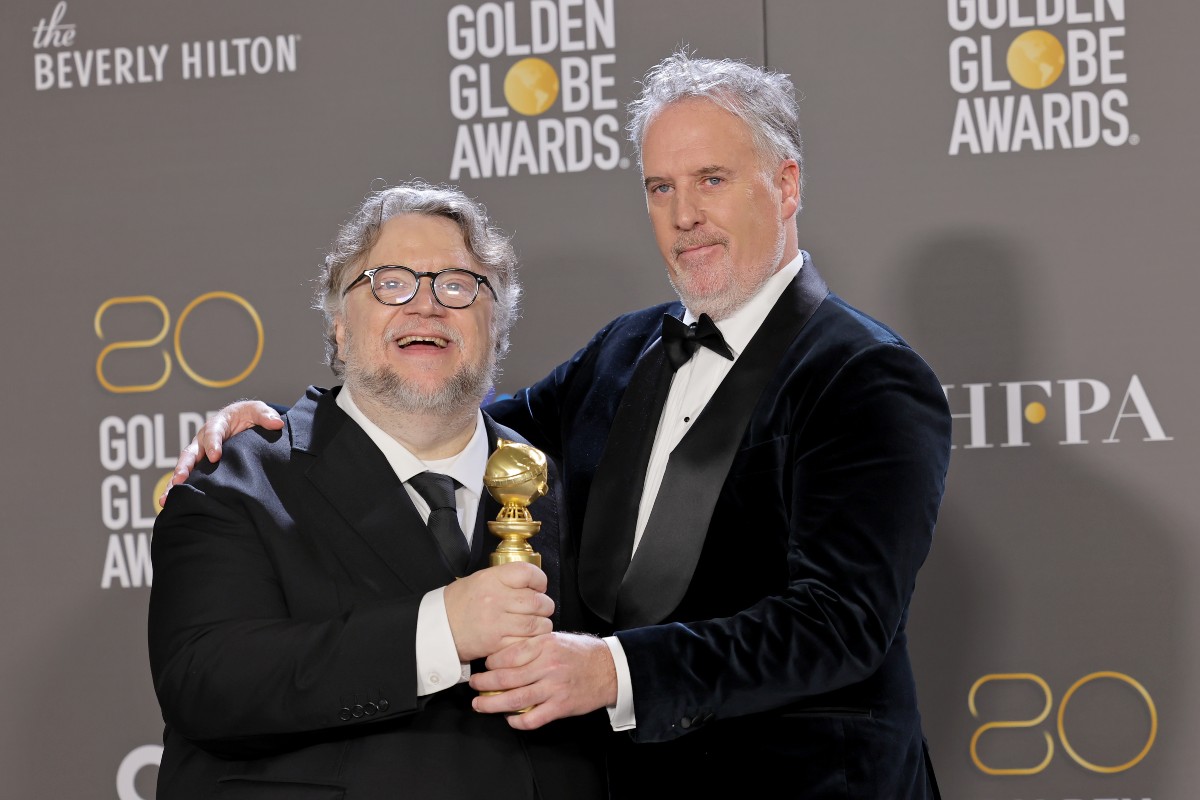 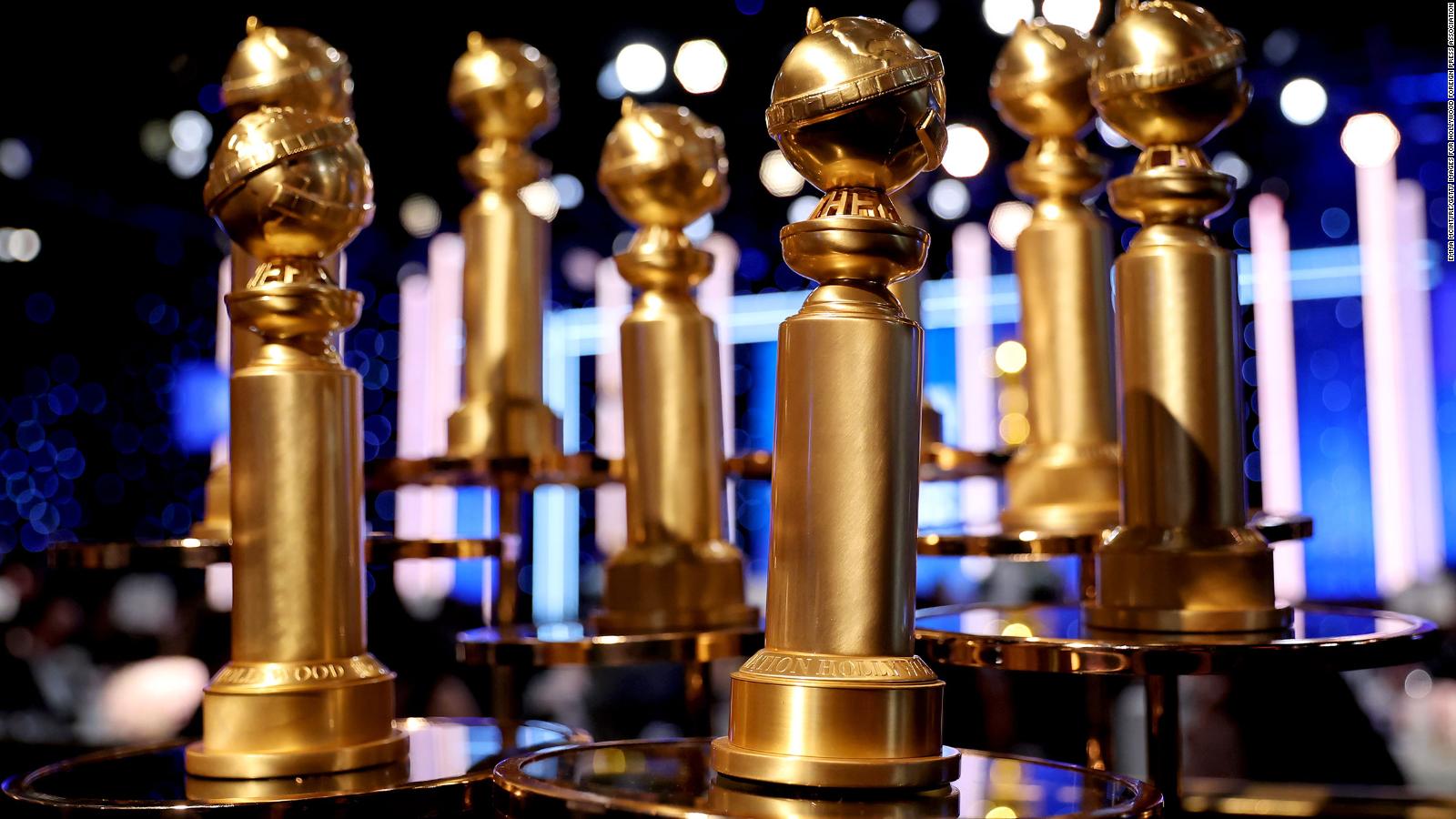 All the winners of the 2023 Golden Globe Awards by category 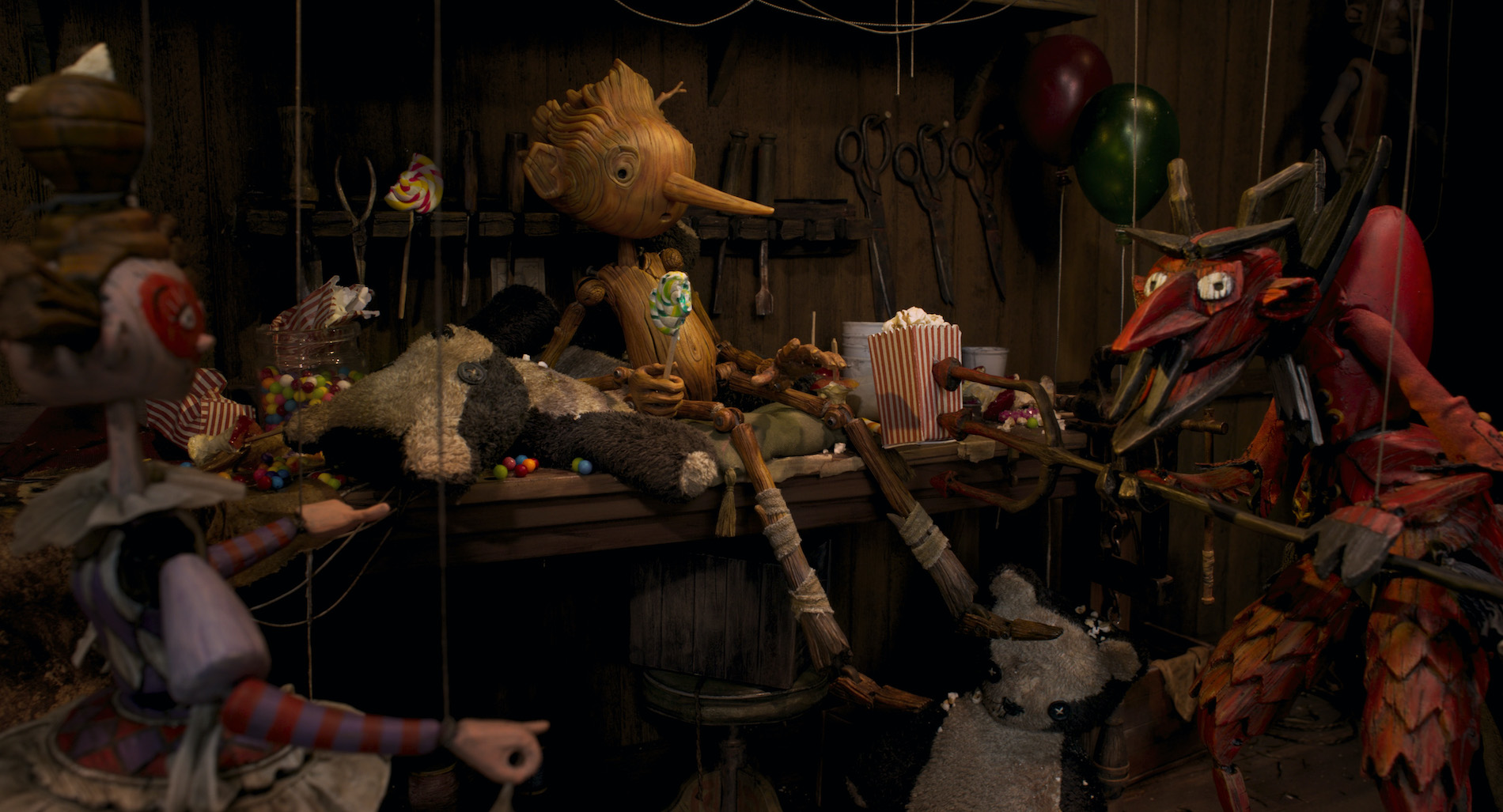 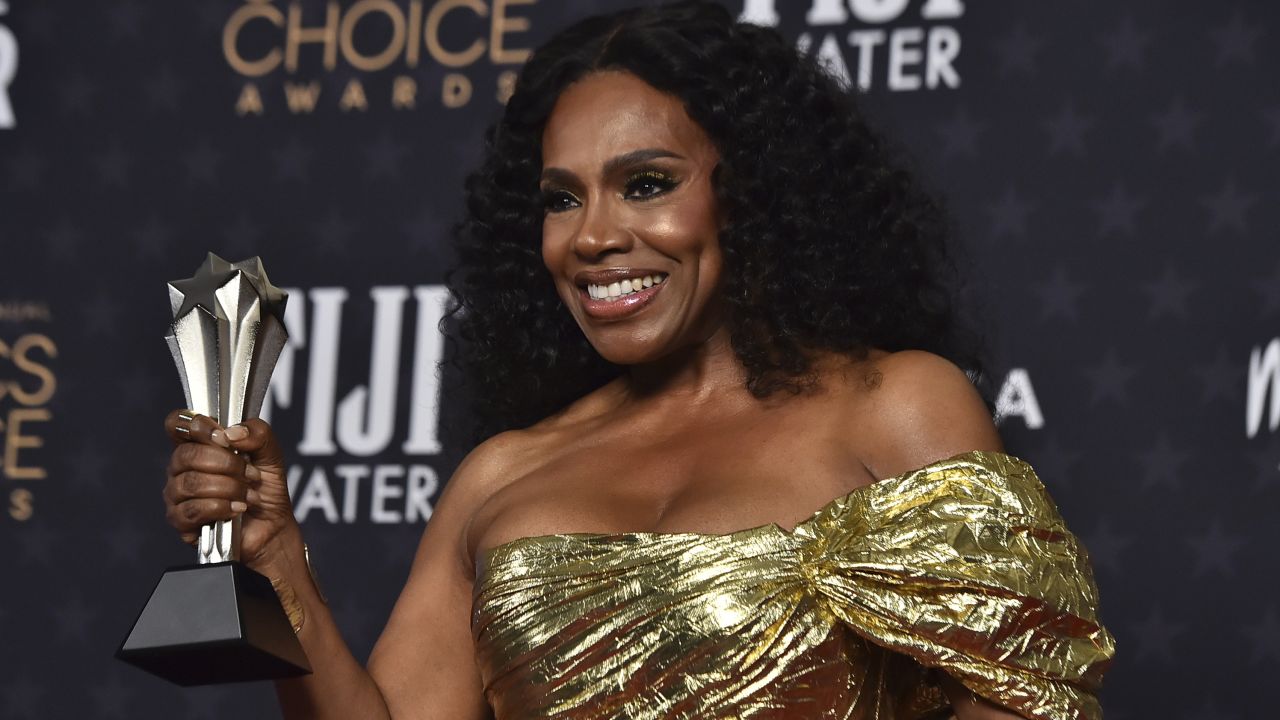 All the 2023 Critics Choice Awards winners by category 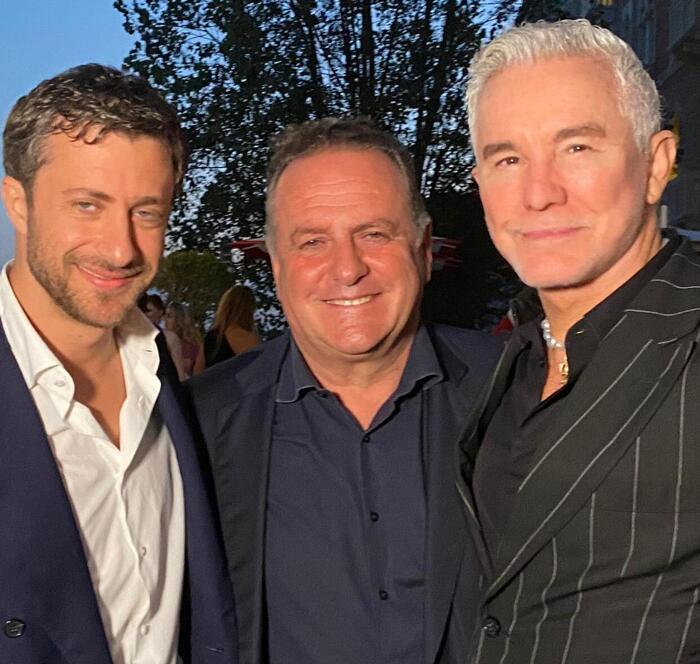 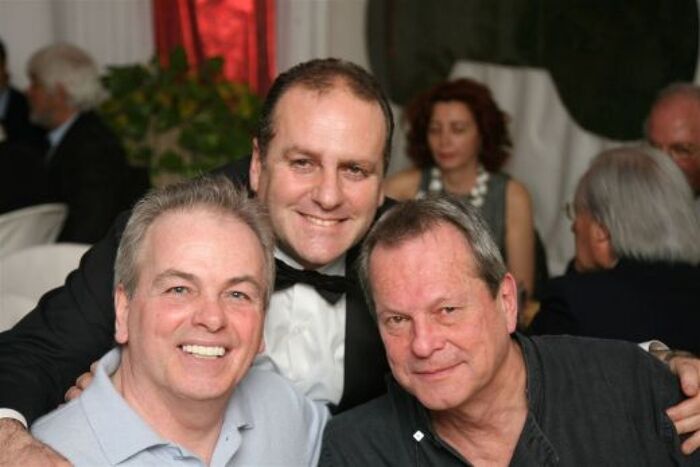 Capri-Hollywood, the island of cinema lights up

'Pinocchio', by Guillermo del Toro, will compete for the Oscar for best animated film