The Sex and The City heroine is back and with her her bag, the Fendi Baguette. For the 25th anniversary of the accessory, the actress and the Roman house are revisiting it.

On social networks, three hashtags would be enough to sum up Sarah Jessica Parker: #SexAndTheCity, #IcôneMode and #NewYorkaise.

A popularity that the interpreter of Carrie Bradshaw dared not imagine when she landed her first TV series at the age of 8 or walked the boards of Broadway at 11. Adult, the consecration was slow in coming, despite some notable appearances in the cinema in the 1980s-1990s (

and Mars Attacks!, by Tim Burton).

The role of his life finally falls on him, as if by miracle, in 1998: that of the journalist Carrie Bradshaw in

, a trendy single from New York's Upper East Side, crazy about designer stilettos and dedicated to evenings of confidences between girlfriends, washed down with Cosmopolitans.

A heroine was born, completely new at the time, modern, free, sassy, ​​materialistic, romantic too.

We owe in large part to Miss Parker the global success of the series, adapted from the bestseller of the same name by Candace Bushnell.

Season after season (six in all, plus two films), very involved in the production and the "look" of the series - with costume designer Patricia Field (

) – the actress has managed to attract the greatest designers, earning her stripes as a fashion icon.

From her Met Gala outfits to the paparazzi scrutinizing her street style, she has established herself as a widely followed fashion influencer (nearly 9 million followers on Instagram).

On occasion, this popess of style has also gone on the other side of the mirror, creating perfume (Covet) or a line of shoes (SJP).

In the game of resemblances with her cult character, the passion for fashion comes in number 1, tied with an attachment to Manhattan, where she lives with her husband, actor Matthew Broderick, and their children James Wilkie (20), Tabitha and Marion (13 years old).

… last year, Sarah Jessica Parker is writing a new chapter in her life.

That of a fifty-year-old who gracefully assumes wrinkles and gray hair on screen and encourages a whole generation of women to do the same.

While waiting for season 2, scheduled for 2023, the actress-producer confided in Madame Figaro, on the occasion of her new collaboration with the Fendi house.

In video, Sarah Jessica Parker announces the return of the series

How was this SJP × Fendi capsule born?

I would have accepted the slightest opportunity to work alongside the brilliant Silvia Venturini Fendi.

When the Roman house invites you to collaborate in the celebration of the 25th anniversary of its legendary Baguette bag, how can you refuse?

The design team then sent me samples of gorgeous glittery, tie-dye fabric sheets, which they were crazy about.

And I totally cracked up.

We held the basis of our inspiration for the models.

Then, one of the challenges was to choose the famous perfect loop.

A real dilemma that we swept away by opting for very clever interchangeable buckles.

What was the imprint of the character of Carrie Bradshaw on your style and yours on hers?

It's no secret: I've always appreciated fashion and designers.

But Carrie has always been much more reckless than me in her clothing choices and in her life too.

That being said, our shared tastes spilled over into

, and it did again with

… For example, Fendi was the first luxury house to lend us pieces to dress the heroines of the series.

A generosity that was the gateway and the fashion guarantee that our series needed at the beginning in order to access other brands from prestigious designers.

Carrie wore the Baguette in season 3 of Sex and the City, we reworked a reissue of a model for episode 9 of And Just Like That… Here, the fashion serves as a bridge between two eras in the character's life.

Revisiting Carrie through her relationship to fashion, in collaboration with costume designer Molly Rogers (following Patricia Field, historical stylist of Sex and the City, editor's note) was an immense source of satisfaction and the opportunity to create noticed fashion moments.

Absolutely all those that we were not asked to return!

In the series and the two films, Carrie was never supposed to wear the same outfit twice.

And she always mixed, like me, designer pieces with those she hunted in vintage shops.

That's thousands of items, but each one, from clothes to pairs of shoes to silk flowers, is indexed and kept in archives, stored in a purified air and temperature controlled place.

… They constitute a reference, an inspiration and a journey through time.

Women have identified with it and, it seems to me, we have paved the way for targeted programs for a female audience.

The characters of the series have contributed to changing mentalities around celibacy and women's sexuality.

What progress made by the series are you most proud of?

I am thinking of the unfiltered, very personal conversations, often around sexuality, that the screenwriters have imagined for us.

It was innovative at the time, and this intimate territory – seen in the cinema in the 1970s – was relatively new on television, in any case, it had not been explored in such a raw way.

Women have identified with it and, it seems to me, we have paved the way for targeted programs for a female audience, featuring women who are interesting, complex, endearing, funny too, and exciting to play for actresses.

Read alsoAge, sex … and fun: the recovery operation of the “Sex and the City” trio

Revelations on season 2 of And Just Like That…, expected in 2023?

There will be a lot more about joy, the newfound joy of Carrie, who is writing a new book about her grief experience and will further explore the new friendships she has made in Season 1.

One last thing: are your children keen on style and what would you like to pass on to them?

They cultivate a style all their own and I love their freedom to experiment.

I try not to interfere too much, but they know I'm always available for emergencies, adjustments or advice… The girls have already started borrowing my low-heeled shoes, which I really like, but I only grant them this permission for special occasions.

My son only asks me if he needs me to adjust his tie.

What am I going to pass on to them? 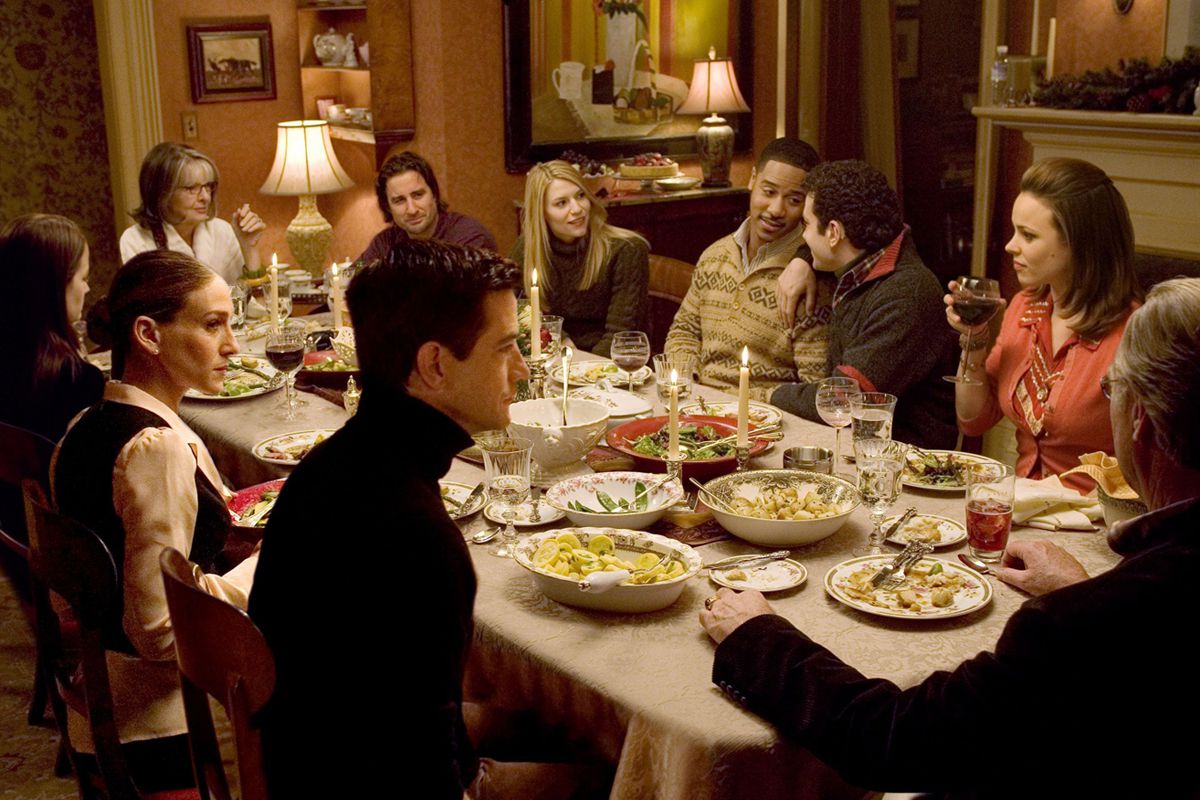 Alone at the house of in-laws: 'The family jewel', the alternative of Christmas cinema 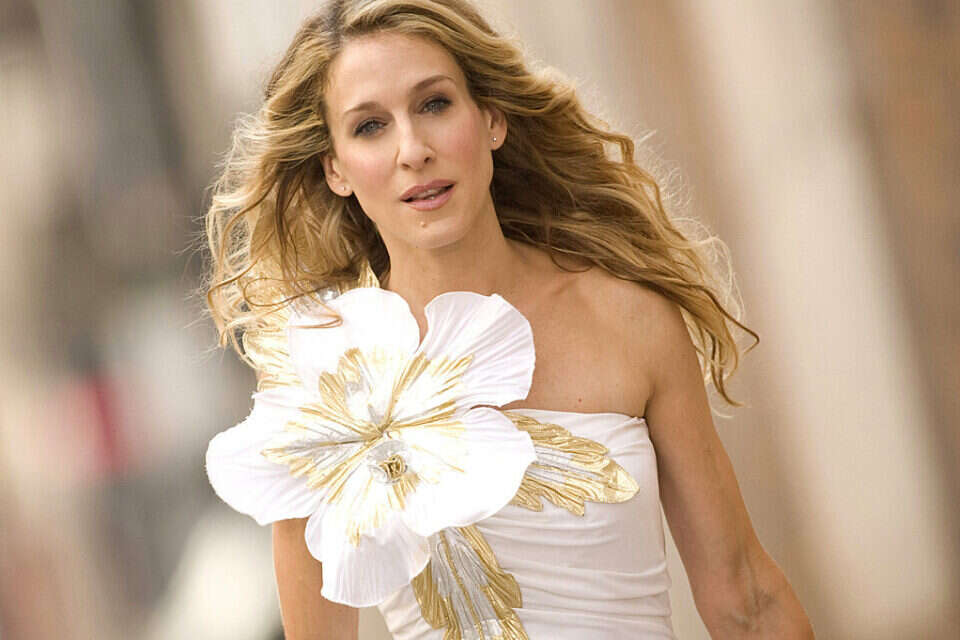 "A great honor": the star of "Sex and the City" poses in an Israeli design Israel today 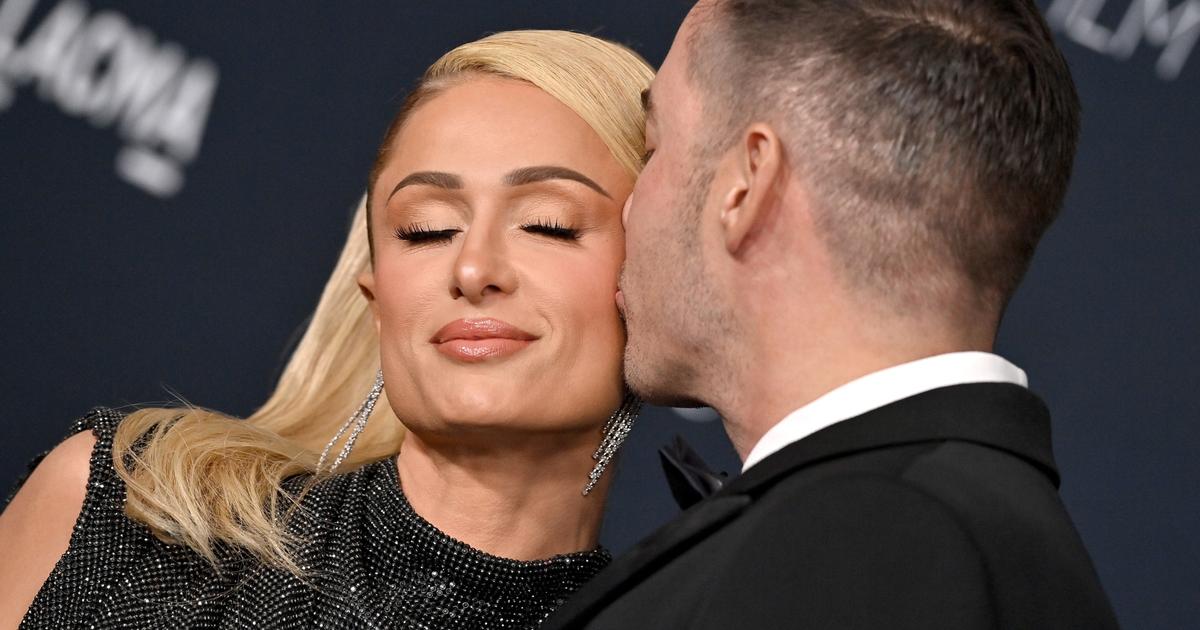 At 41, Paris Hilton becomes a mother for the first time by GPA 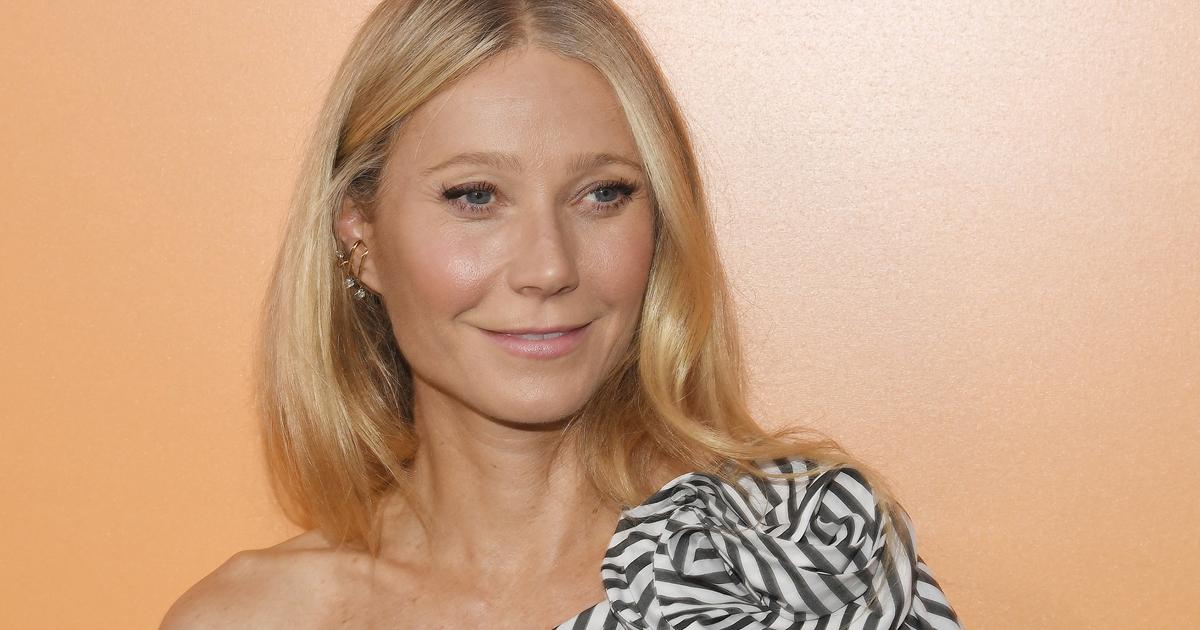 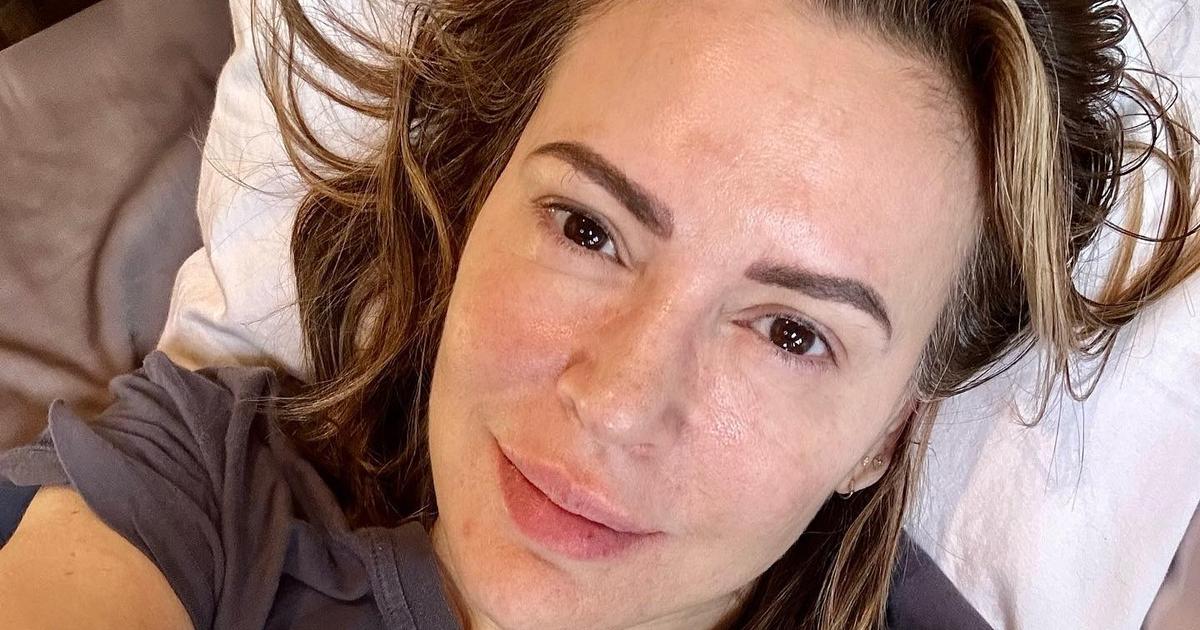 "No filter, no retouching, no makeup": Alyssa Milano's bedtime selfie for her 50th birthday

Golden Globes 2023: the best dressed of the ceremony and Daniela Pick is there too! - Walla! Fashion 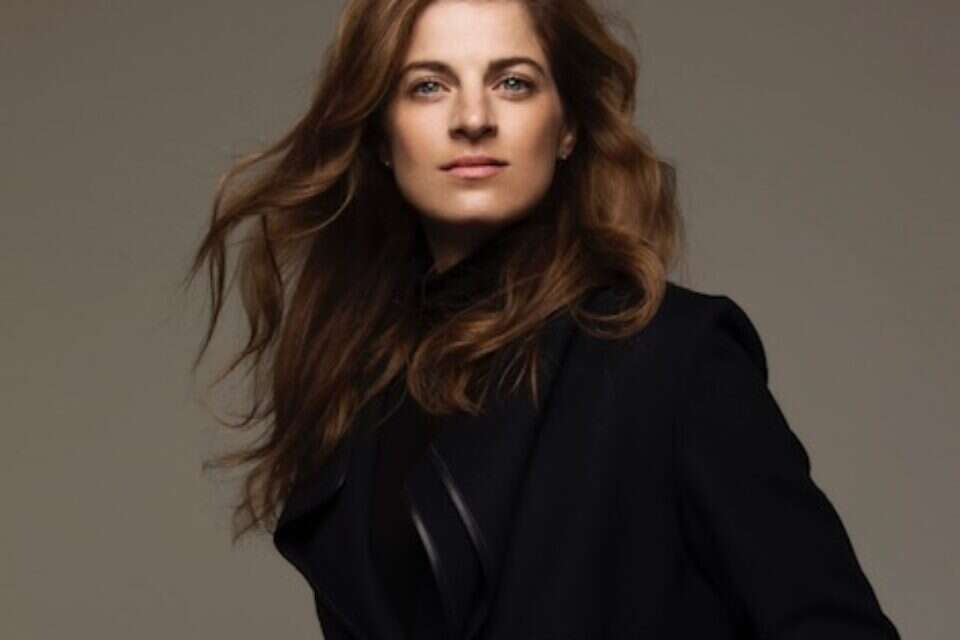 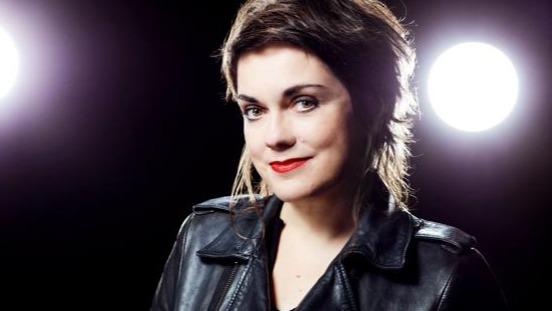 Véronique Ovaldé: “I am very struck by the interest we have in children who are beautiful”