The end of the policy has generated fear and confusion for families, as well as a struggle between US agencies to understand and explain the change. ICE was taken by surprise by ...

Gary Sánchez, from Honduras, on the right, observes how his wife, Mariela, comforts her son, Jonathan, 16, during a press conference, on Monday, August 26, 2019 in Boston. The Sánchez family came to the United States in search of Jonathan's cystic fibrosis treatment.

(CNN) - The Trump administration took steps this month to end a medical aid policy that allowed some undocumented families with serious conditions to remain in the United States while receiving medical care.

The end of the policy has generated fear and confusion for families, as well as a struggle between US agencies to understand and explain the change.

Earlier this month, the US Citizenship and Immigration Services (USCIS) sent letters to family members who had requested relief from deportation, saying that the agency's field offices "no longer consider deferred action requests," except for certain military exceptions.

After media reports about the change in policy appeared, the USCIS said its local offices would no longer consider non-military requests for deferred action, that is, temporary relief from deportation.

Instead, the agency said it will refer to the Immigration and Customs Enforcement Service (ICE) to determine whether non-military matters "justify deferred action," according to a spokesperson. ICE has discretion to determine who will be and will not be arrested or deported.

"The government has threatened to deport them," said Anthony Marino, director of immigration legal services at the International Immigrant Center in Ireland, which represents families in applications for deportation assistance. “It also means that they can no longer support themselves. Parents can no longer work. ”

Marino's clients received letters that said “they are not authorized to remain in the United States. If you do not leave the United States within 33 days after the date of this letter, the USCIS may “initiate deportation proceedings.

Most of the families Marino works with have children with medical problems, such as cancer, HIV or the need to feed with tubes or move around with wheelchairs.

In some cases, families seeking relief had sick children who were US citizens. “Those families have to decide: 'Do we abandon them or do we stay?'” He said.

The families “are scared. They are confused. They are afraid for their lives. They are having very difficult conversations. Parents ask questions like 'Do I have to leave my son an orphan?' ”He said.

The change does not affect those in Deferred Action for Childhood Arrivals (DACA) or other established programs, such as deferred action related to the Violence Against Women Act and the U Visa waiting list for some victims of certain crimes who want to help the authorities, according to the USCIS.

USCIS received about 1,000 applications for non-military deferred action per year, most of which were not approved, according to the agency. Most of these types of requests are related to family support or medical problems.

"This change of procedure took effect on August 7, 2019. Any pending application will be denied and applicants will receive notifications by mail," the USCIS spokesman said in a statement Friday.

There is no comparison of "apples with apples" between the USCIS and ICE procedures.

Individuals can ask ICE for a “suspension of deportation or expulsion,” but that is done only after someone has exhausted all immigration legal proceedings and has ordered their expulsion, according to an ICE official. USCIS is the agency responsible for legal immigration benefits, including work authorization.

ICE does not accept “requests” for deferred action, a discretionary act that allows the Department of Homeland Security to delay or prevent the application of immigration law, according to ICE.

"ICE has wide discretion and exercises that discretion, as appropriate, on a case-by-case basis during the entire immigration enforcement process in several ways," said ICE spokesman Shawn Neudauer, referring to decisions made regarding arrests, release custody during immigration procedures and prioritization for deportation.

The agency was taken by surprise by the USCIS announcement that transferred the postponement responsibility to ICE, according to three officials.

"We were not consulted before statements were made to the press," an ICE official said.

There is no new program at ICE for medical deferral, another ICE official told CNN.

A spokesman for USCIS defended the decision on Friday, saying the move was made because "it is not appropriate for the agency to judge suspended enforcement requests that are not clearly assigned to USCIS in law or policy."

“The agency has updated its procedures to reflect that. USCIS coordinated with ICE before this procedure change, ”the spokesman added in a statement.

Immigration lawmakers and advocates expressed outrage over the change.

“Children with cancer, cystic fibrosis and muscular dystrophy are now told that they must leave the country or be placed in the hands of ICE. We cannot and will not let this remain, ”tweeted Senator Edward Markey, a Democrat from Massachusetts.

According to Markey, ICE told its staff that "it will force these immigrants to go through deportation procedures before deciding their fate."

"This makes a barbaric policy even more dehumanizing," he added.

The American Civil Liberties Union (ACLU) said it will dispute the change in court, along with other organizations.

"By suddenly finishing a program that expressly protects sick children and their families, the administration may be sending people to death," said Carol Rose, executive director of the ACLU of Massachusetts.

How did the DACA issue reach the Supreme Court? What can happen?

Immigration in the United States: what does DACA mean and who are the dreamers?

Young people await the decision of the Supreme Court on DACA 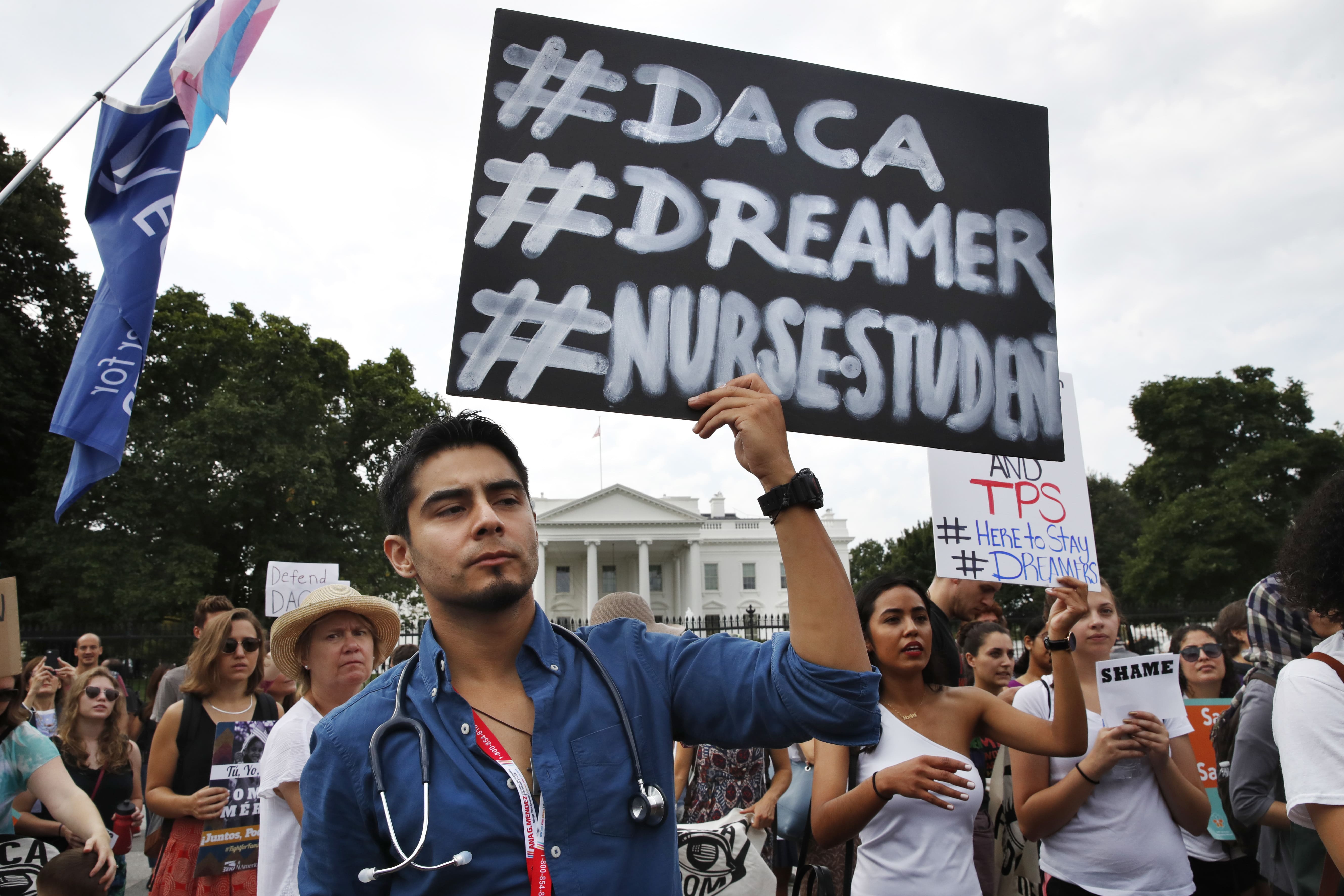 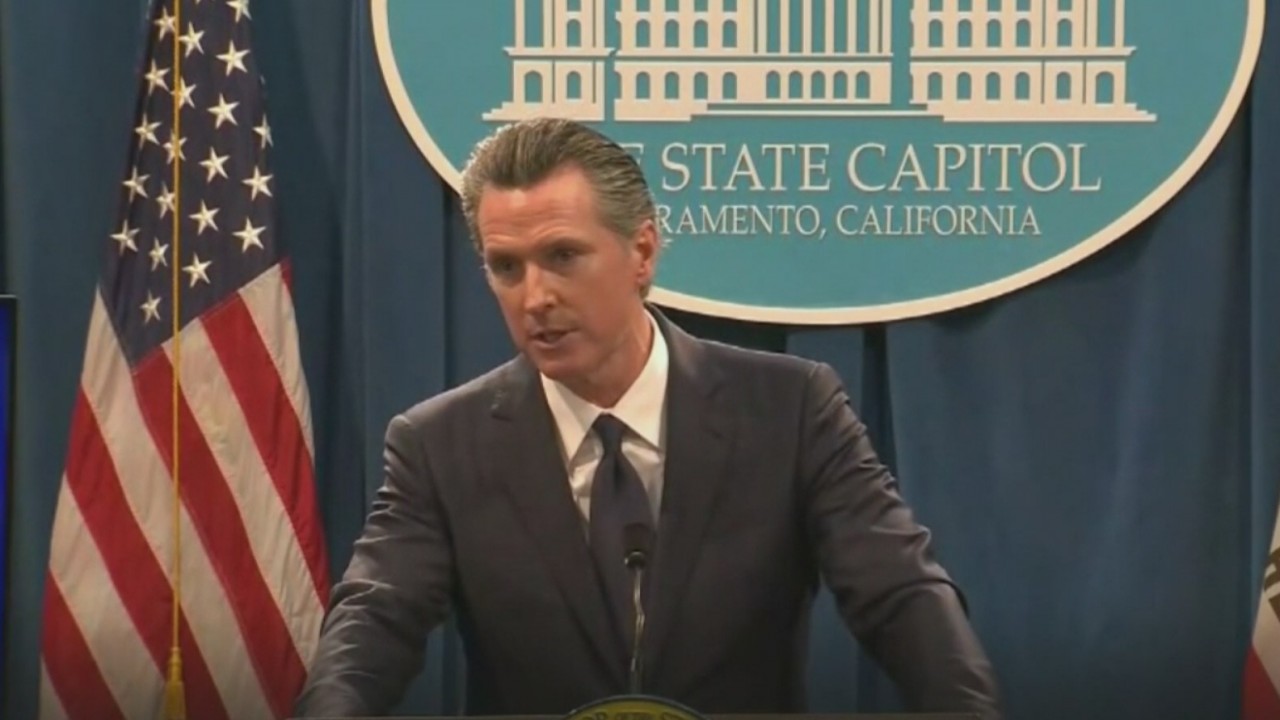 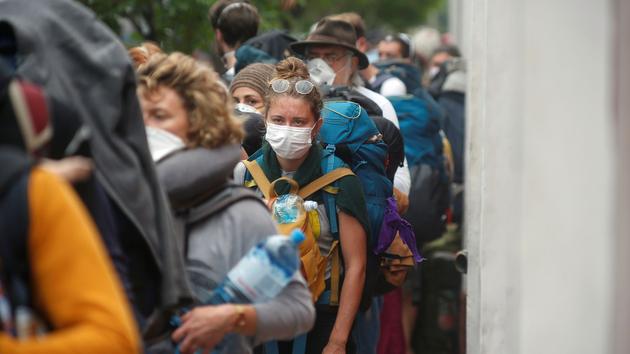 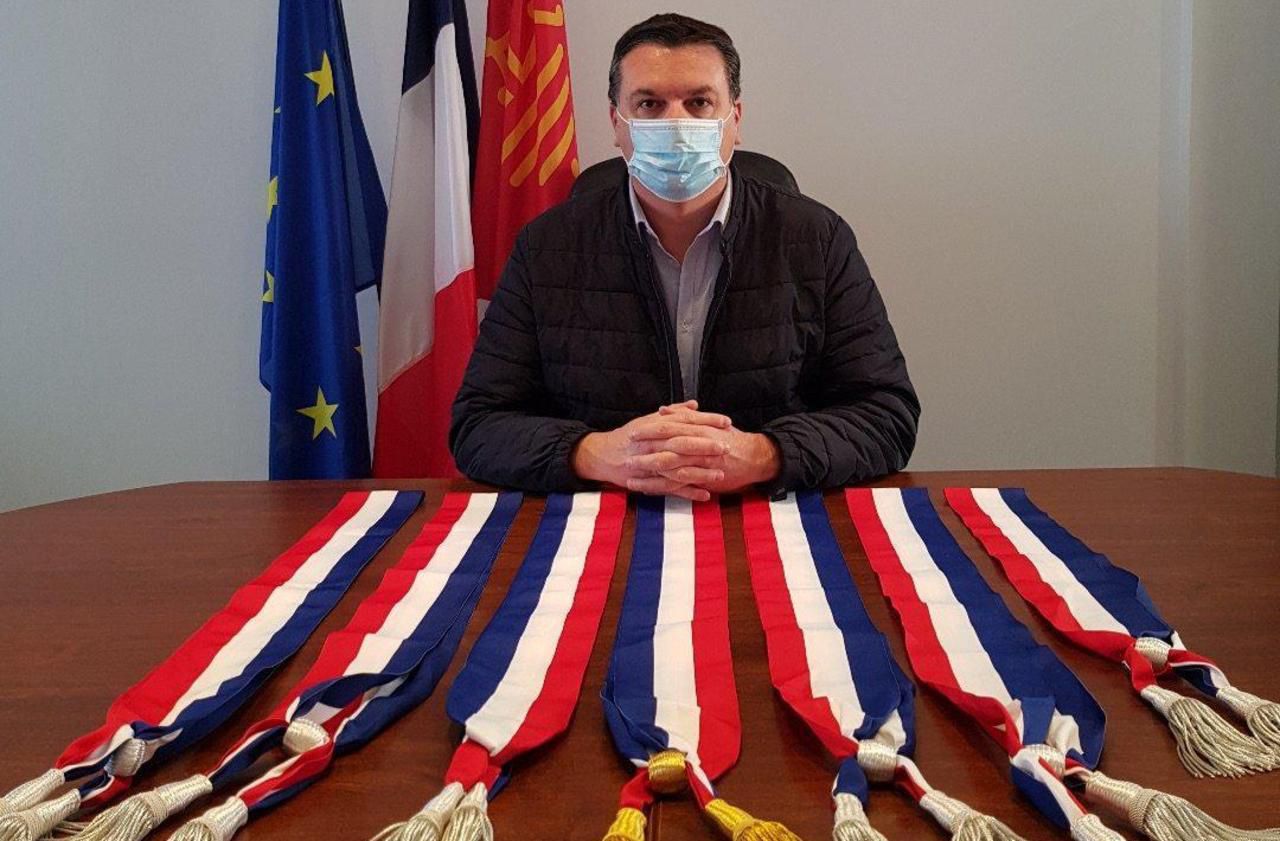 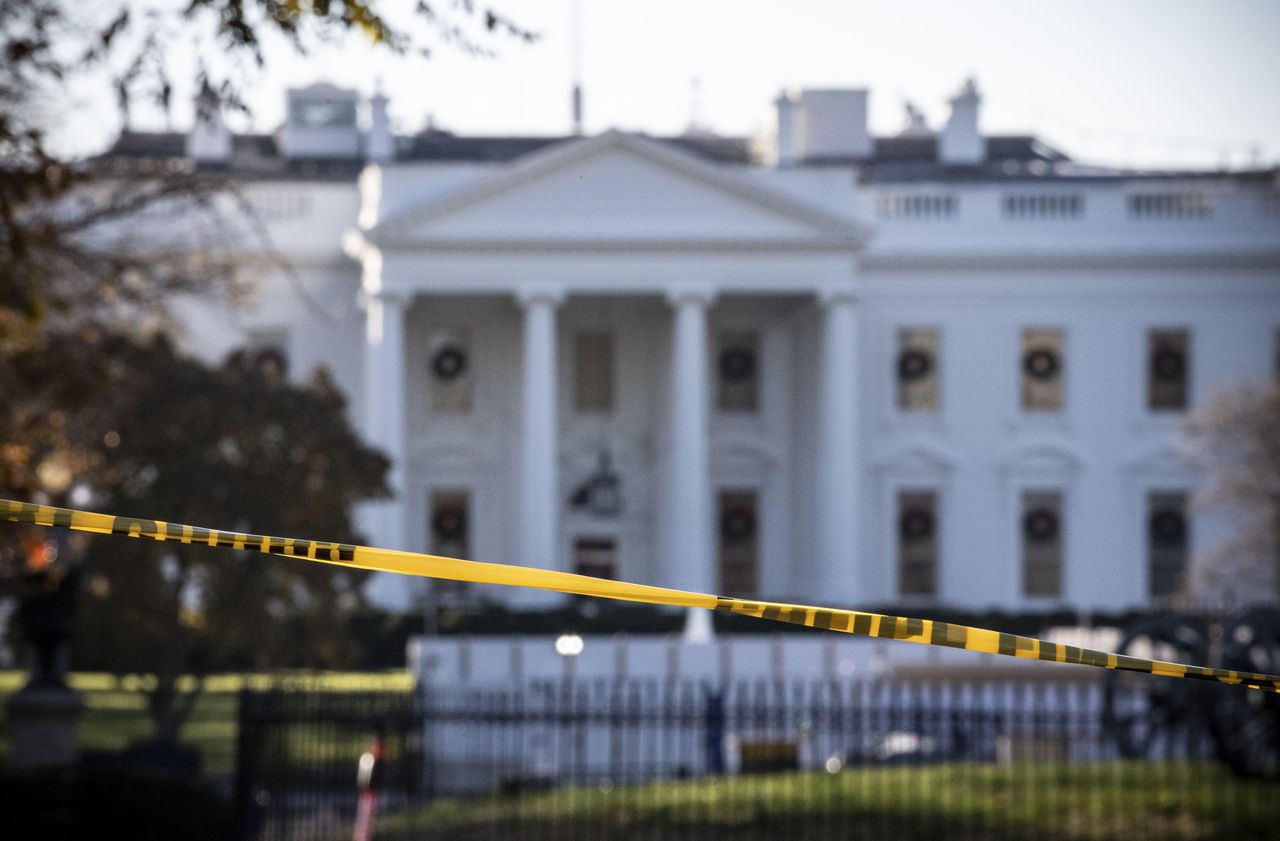 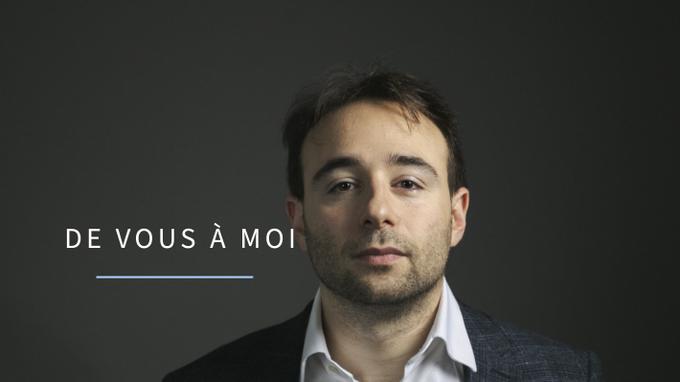 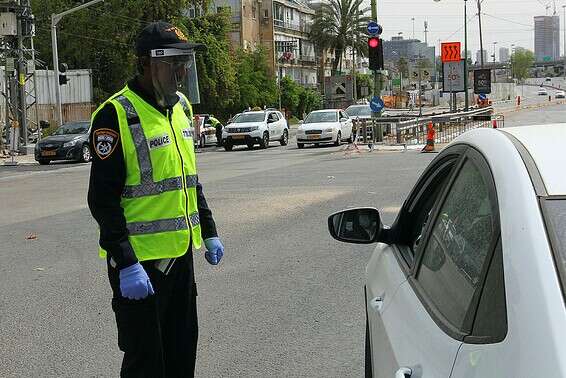 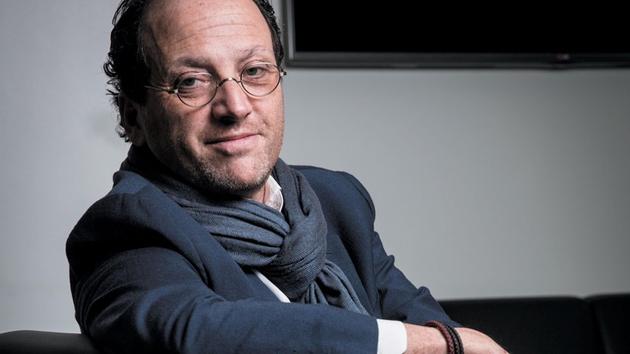