Italy's former Interior Minister Matteo Salvini made life difficult for immigrants and aid organizations. Now Salvini is gone, but a well-known aid project for migrants continues to fight for survival.

When Mamadou Kouassi came to Caserta six years ago, he did not suspect that he would find a new life in the small town near Naples: he knew nothing of his future job, of his new love and a child. And he did not suspect any of the worries he was going to face today, because much of what he has built up is suddenly back in the balance.

Mamadou Kouassi, 36, works at the Centro Sociale. In southern Italy, the center is the most important landmark for African immigrants. This is the story of Francesco Caverio Caruso, sociologist of the University of Catanzaro. Since 2002, the center has claimed 12,000 formerly illegal immigrants from Africa residence permits - through political pressure, bureaucratic and financial support.

Kouassi is one of them. He comes from the Ivory Coast, after a long escape he has found a job in the Centro Sociale.

But the Centro Sociale is about to go out. Large parts of the agreed budget for 2018 and 2019, a total of 1.2 million euros, missing. Since 2007, the center has been operating a state integration center for the protection of asylum seekers and refugees, known in Italy under the acronym SPRAR. 95 percent of the annual cost of 2,561,000 euros must pay the Interior Ministry. But it does not pay.

"We do not know how much longer we can continue without the money," says Centro employee Yassin Dia. Moreover, the work of the Centro Sociale still suffers from the effects of the policies of former Interior Minister Matteo Salvini.

Salvini himself once led the fight against the project funded by his own ministry. His term of office lasted only 15 months, but it was catastrophic for refugee workers. The Centro Sociale was always the focus of his criticism.

Meanwhile, the right Salvini sits in opposition. The populist five-star movement ruled with the Social Democrats, the Interior Ministry now leads Luciana Lamorgese. She is a designated migration specialist, who is much quieter than Salvini.

Next to the town hall of Caserta, in a union office, in which the Centro dodges, men from Ghana, Nigeria and Guinea crowd, in front of the house wait women with their children. Many came from far away to register in the Centro database. Maria-Rita Cardillo, 33, calls questions in the noisy room, types the answers into her laptop.

"Through us spirits have become people again," she says. Cardillo is a staff member of the center and Mamadou Kouassis's girlfriend. In 2013 they got to know each other at the Centro Sociale, and at the end of 2018 their son Angel Amy was born. "In Caserta I found a family and a home," says Kouassi.

His old home, the Ivory Coast, had once left Kouassi because of a bloody civil war raging there. With his parents, he set off for neighboring Ghana, then fled further, through the Sahara, where smugglers left him on the trek and he almost died of thirst.

Chased by gangs in Libya, exploited in Italy

In Libya, gangs chased him, and the police locked him up, torturing and blackmailing him. On the Mediterranean, water penetrated into the overcrowded boat, he and the other refugees were barely rescued.

In November 2008 Kouassi arrived in Italy. But even then he had to hide from the police as an illegal immigrant. In the shadow economy on the fields and construction sites of the South, he says, he was mercilessly exploited. Only when Kouassi got to the Centro Sociale did his martyrdom come to an end.

Today he works here as a mediator and translator. In Abidjan he had once studied linguistics, now he teaches in English, French, Italian or in one of the ten African dialects he controls. Kouassis's story sounds like a fairy tale, but it could eventually end soon - when the Centro has to close, he and his girlfriend lose their jobs.

With the rise of the right-wing populist Matteo Salvini, difficult times also started for the Centro Sociale. As interior minister, Salvini punched through a decree, which provided for sea rescue officers high penalties for entering Italian waters. Another decree massively restricted humanitarian residency permits and facilitated the expulsion of migrants and evacuation of occupied buildings.

So the helpers under Salvini were taken not only the money, but also the rooms in an old hemp mill, the Ex Canapificio, where they had at least been tolerated for years. It is probably unclear whether the Minister had the eviction right away, but it seems likely that he was working for it: minutes after the eviction on March 12, Salvini cheered on Facebook: "The party is over."

The projects of the SPRAR, the State Integration Center for the Protection of Asylum Seekers and Refugees, also had to take place in new rooms and partly outdoors.

The Minister of the Interior of the right-wing Lega had ordered that only people can be helped who have a secure asylum status. "Previously, we were able to obtain residence permits for 28 percent of migrants, then only two percent," says Kouassis friend Maria-Rita.

The appeal of the new Home Secretary, Luciana Lamorgese, was a clear break with Salvini's radical populist line. After all, she is considered a technocrat, she appears much quieter. And Lamorgese gives first results: Under it, individual refugee boats may call again Italian ports, the government reached an agreement in which the distribution of rescued refugees to countries such as Germany and France is regulated, at least for the time being.

But these were individual measures; much of Salvini's legacy has survived so far. Migration expert Maurizio Ambrosini of the Italian Institute for International Political Studies says: "The changes are most visible in style and language, otherwise this government is paralyzed for fear of the right-wing reaction."

Should Italy be re-elected soon, Salvini could become prime minister (read a report on his long-term campaign). With his tough course against migrants and NGOs, he rose to the most popular politician in Italy. By leaving the government he has hardly lost popularity. The migration theme is still drawing, and Salvini continues to record it.

In addition, the five-star movement, which still sits in the government, would have to support a policy change. After that it does not look like its leader Luigi Di Maio. "He has a right-wing attitude himself," says Ambrosini. "And the group around him now has the say in his party."

Yassin Dia, the employee of the Centro Sociale, has been having to make ends meet for months with a minimum wage, often without a salary. "No idea where the remittances will be, we will not get answers," she says. Even a request of SPIEGEL to the Italian Ministry of Interior remained unanswered so far.

The most important expenditures - for medicines, food or the 20 accommodations housing 130 Africans - can still be met through bank loans and donations; 50,000 euros came together in a crowdfunding campaign.

Refugees in Italy: helpers in need

Without the money of the Ministry of Interior, the future of Centro in Caserta is uncertain. The organization had helped with their work not only affected people, but also the state - namely in the fight against undeclared work.

In Southern Italy, in Campania, Calabria or Apulia, a day laborer system is widespread, the so-called Caporalato . This system mainly uses people who have no regular residence status. Also Mamadou Kouassi was exploited in the fields during the tobacco harvest, sometimes had to work for more than 40 degrees 15 hours in the chord - and got for 25 euros.

The Centro Sociale has launched an exit program for these exploited. In Caserta they get a room and board, can prove themselves in a regular job and finally get a permanent position. In the best case, the center also got them a residence permit.

However, Salvini had no interest in this work, says Nando Sigona. Sigona herself comes from Naples and teaches as a migration expert at the University of Birmingham. "Salvini wanted these people to land on the streets, he wanted to make them visible and thus cause panic in the population," he says. "At a time when boats barely arrived, he wanted to create an artificial refugee crisis."

Sigona, on the other hand, advocates swift steps by the new government of the Five-Star Movement and Social Democrats: "Migrants must be integrated quickly into the labor market and local communities."

That's exactly what the Centro Sociale has done in Caserta so far. Through the aid program for the migrants who were exploited as day laborers. But also through other programs: In Caserta migrants accompany schoolchildren to school in the morning, they advise locals in application processes or they garden in public parks.

"It's about creating an inclusive framework," says Vincenzo Fiano, one of the activists. Salvini's Lega party - still known as Lega Nord - used to hound the southern Italians, but today it's against the refugees. "In the end, we have to help both," says Fiano, "the migrants and the poor Italians."

Also in Caserta will show how the new government deals with Salvinis heritage. Whether Luciana Lamorgese is really just "a commander," as Maurizio Ambrosini admires, or whether she has the courage to undo the actions of her predecessor. In the case of the center, that would mean saving the project - and with it the new life that Mamadou Kouassi has built up.

According to Carola Rackete: prosecution investigates against Salvini Lega boss Salvini faces imprisonment: lawsuit due to tough gait against refugees is in the offing 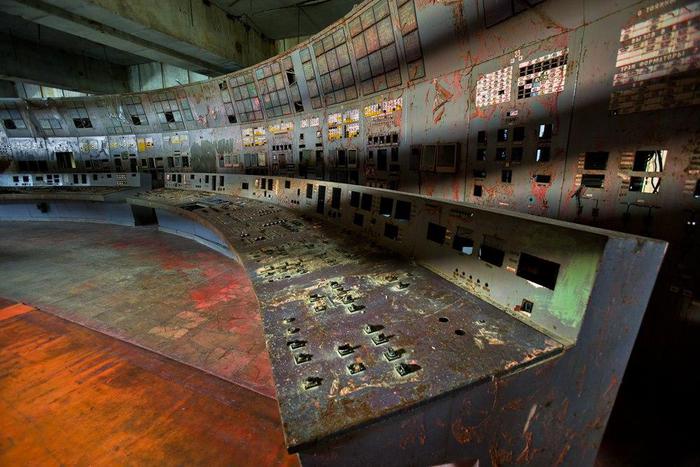