CSU boss Markus Söder warns the Union against a "one-sided fixation to the right wing". He wants to deal more with the Greens and calls these as the new left-wing People's Party.

The electoral success of the AfD in Thuringia is driving German politics. But CSU leader Markus Söder has now called on the Union not only to deal with the right-wing populist party. "You can lose elections in the East, but you have to win them especially in the West," he told the "Welt am Sonntag". Those who do not receive a majority in Bavaria, Baden-Württemberg and North Rhine-Westphalia can not be a leading force in Germany.

"We have to see clearly who this challenger is," said Söder. "Therefore: no one-sided fixation to the right wing! The main rival for first place is the Greens, we need to focus more on them."

The Bavarian Prime Minister sees in the Greens the new left people's party. "Today it's about green-red-red, not red-red-green, so we need to be more focused on them."

Söder sees the Greens as the biggest competitor in the question of the chancellorship. Anyone who becomes chancellor candidate there is yet to be determined. Winfried Kretschmann, Green Prime Minister of Baden-Württemberg, said a few days ago, according to a report by the "Stern", that he was in favor of a candidate for a chancellor by Robert Habeck.

The problem of the grand coalition is not bad policy, "but the constant self-reflection," Söder said. It had begun with the dispute between the CDU and CSU and went on with the strife of the SPD with itself and the entire government capacity. "It is crucial not to talk bad things, because if you complain, you will not get a visit in the long term."

The Union will only be number one after 2021 if it succeeds in setting new trends and developing concepts without at the same time breaking with its successful past.

Asked whether Angela Merkel will remain Chancellor until the end of the legislature, Söder replied: "Sure, we can not allow ourselves to be infected by the SPD." The Social Democrats have virtually perfected the process of their own pulling down. "

One in the CDU discussed primary election of the next chancellor candidate Söder again denied. "Urwahlprozesse bring nothing, which can be seen well with the SPD." He himself has no interest in a chancellor candidate. "I will devote all my strength to Bavaria as prime minister." 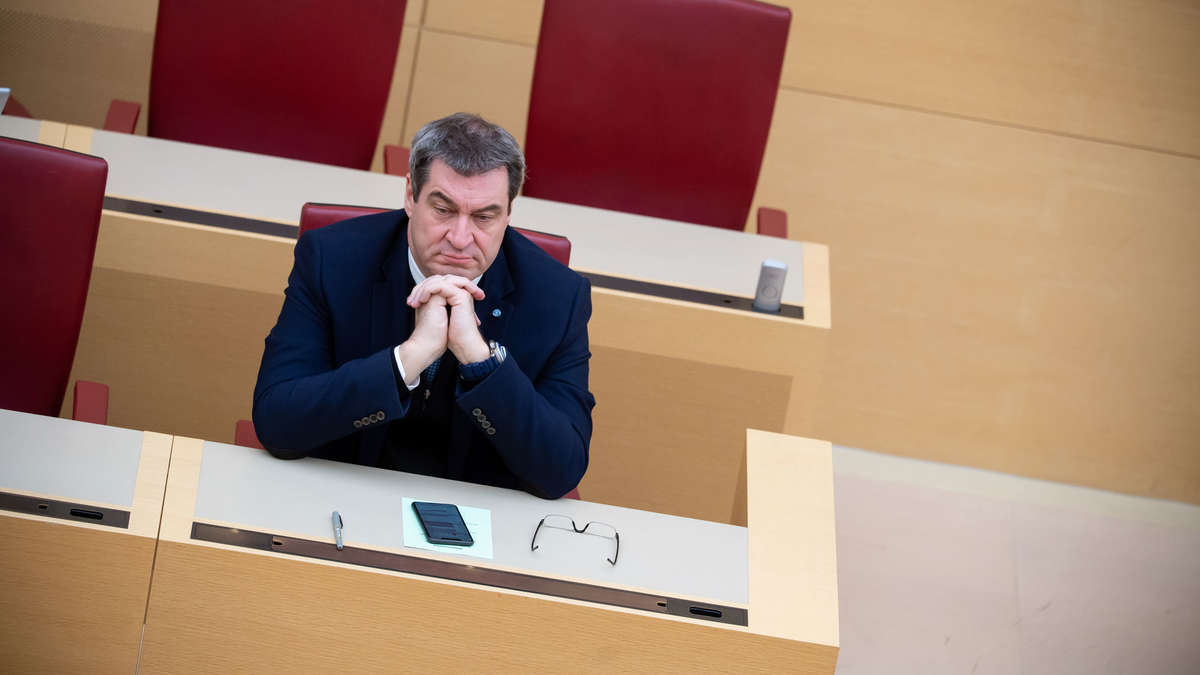 Opinion poll in times of Corona: One party convinces in crisis management