On the anniversary of the correction, the Syrian community in Russia renews its support for their homeland in the war against terrorism

MOSCOW, (SANA) - Members of the Syrian community in Russia stressed the importance of the corrective movement and its great role in establishing the Renaissance The members of the Syrian community in Russia stressed the importance of the corrective movement and its great role in establishing the modern renaissance at home and achieving great achievements at the internal level and the issues of the region and primarily the Palestinian cause.

During a ceremony held yesterday evening in cooperation with the Syrian Embassy in Moscow on the occasion of the anniversary of the glorious correction, the community expressed their determination to continue to stand by their homeland until the elimination of remnants of terrorism, expressing their pride and pride in the victories of the Syrian Arab Army.

They also affirmed their readiness to exert all their capabilities and expertise to participate in the process of rebuilding their homeland.

For his part, Syrian Ambassador to Russia Dr. Riad Haddad said in his speech during the ceremony that the corrective movement had a role in organizing political life in Syria and strengthening the axis of objection. This was an important factor in achieving security and stability by supporting the resistance.

Haddad pointed out that Syria today continues to face what was planned by the West, led by America and is working to implement their customers from regional parties, praising the sacrifices of the Syrian Arab Army in the fight against terrorism, calling on the members of the community and all Syrians to contribute to the advancement and participate in the reconstruction of their country.

On the anniversary of the correction, the Syrian community in Russia renews its support for their homeland in the war against terrorism 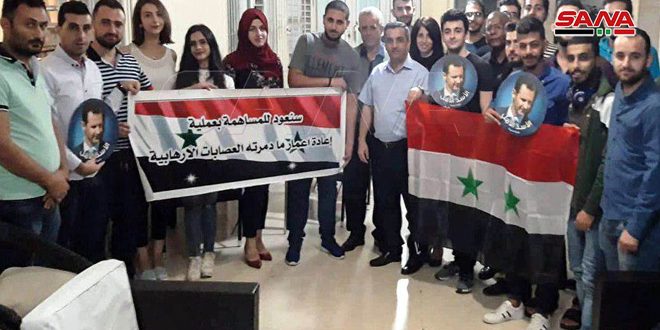 Syrian students studying in Cuba: The memory of the glorious correction strengthens confidence in Syria's victory over terrorism 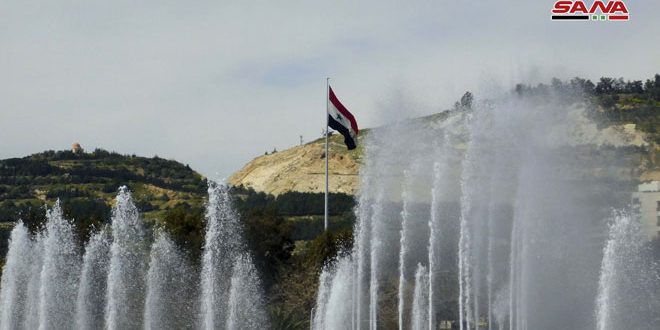 On the anniversary of the correction, the Syrians are facing aggression and siege, believing in the capabilities of their homeland 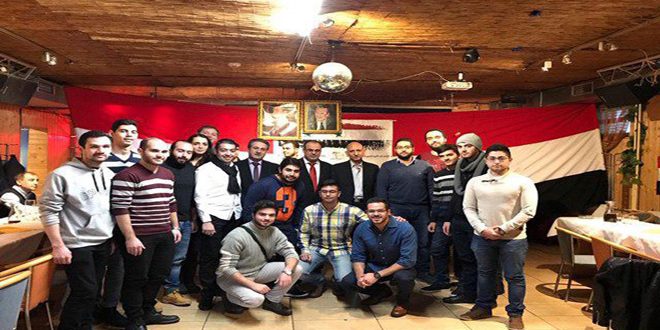 Our students in Slovakia: The memory of the corrective movement is an incentive for the reconstruction of Syria On the occasion of the 49th anniversary of the corrective movement .. A mass festival in Yarmouk camp 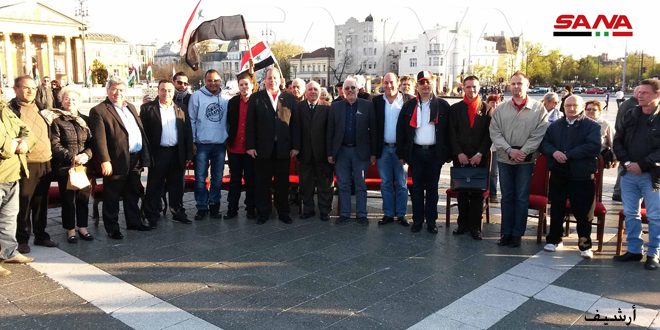 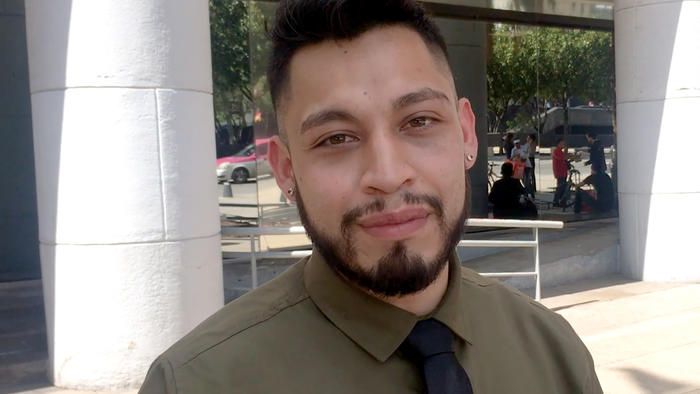 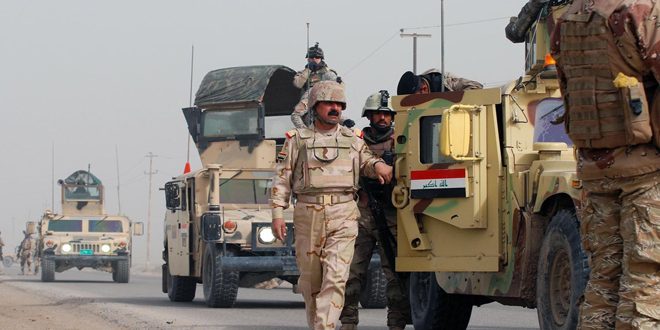 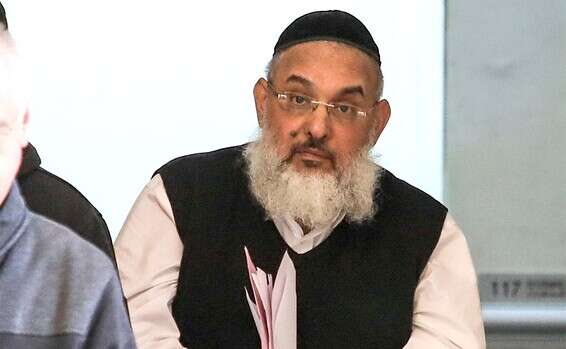 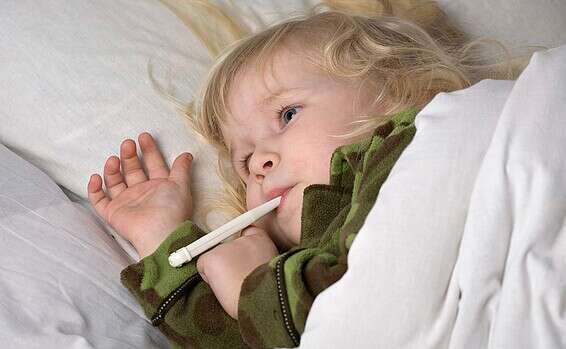 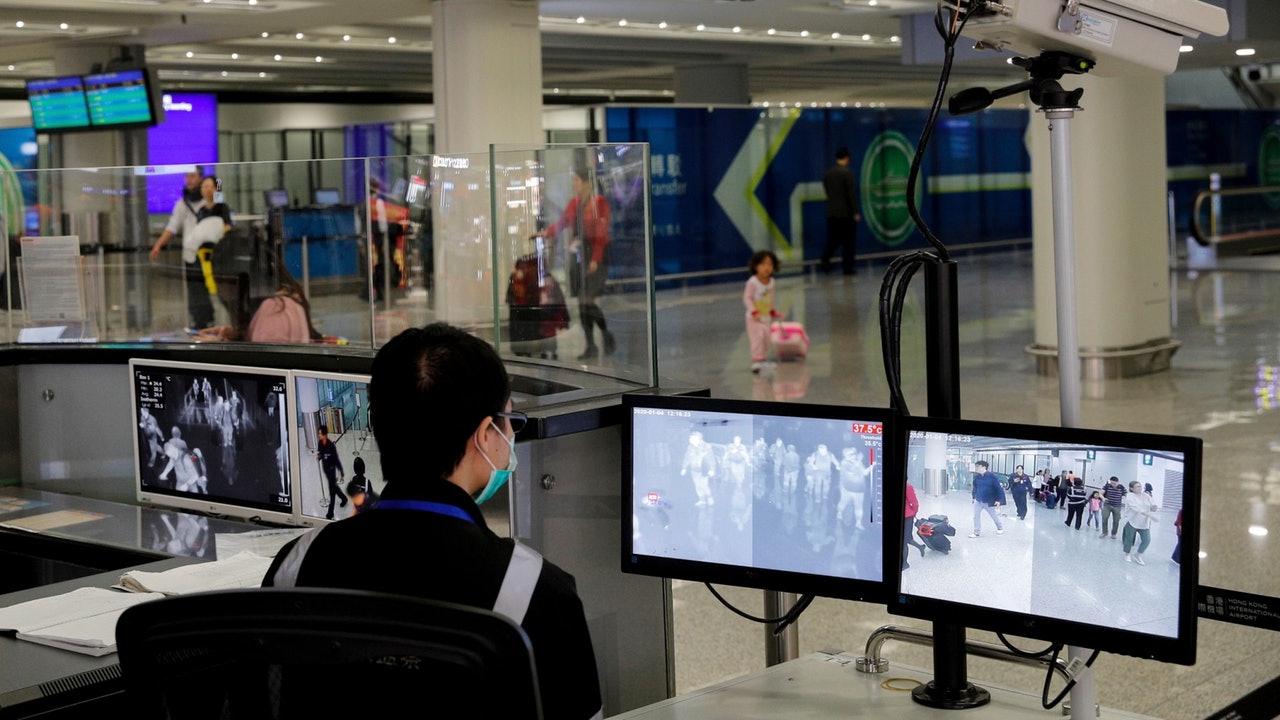 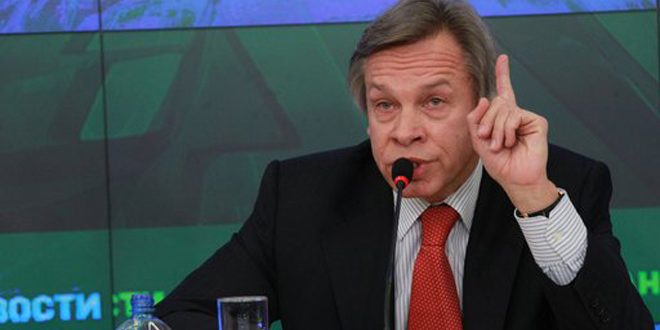 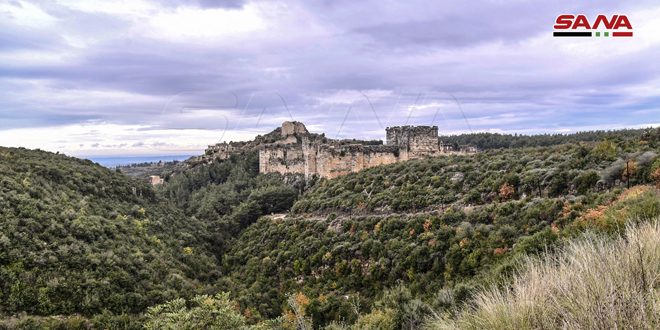