Anti-revision demonstrations lasted more than 6 months. Today (25th) is Christmas. Some netizens have launched the "Christmas Trilogy Operation", including "Christmas Crossdressing Parade" and "Here and You Shop" in multiple districts. In the afternoon From Causeway Bay Times Square and Mongkok Langham Place, demonstrators gathered and shouted slogans. Riot police are on alert outside the malls in multiple districts. Police dropped tear gas rounds outside Langham Place in the evening to disperse the protesters and intercepted and arrested multiple people in Tsim Sha Tsui and Kowloon Bay. "Hong Kong 01" will continue to follow up the situation.

Anti-revision demonstrations lasted more than 6 months. Today (25th) is Christmas. Some netizens have launched the "Christmas Trilogy Operation", including "Christmas Crossdressing Parade" and "Here and You Shop" in multiple districts. In the afternoon From Causeway Bay Times Square and Mongkok Langham Place, demonstrators gathered and shouted slogans.

Riot police are on alert outside the malls in multiple districts. Police dropped tear gas rounds outside Langham Place in the evening to disperse the protesters and intercepted and arrested multiple people in Tsim Sha Tsui and Kowloon Bay.

"Hong Kong 01" will continue to follow up the situation.

[21:12] Kowloon Bay: Telford mall security emphasized no alarm. Riot police and people at the scene continued to quarrel and said "Merry Christmas". Most of the stores in the mall are closed.

[20:56] Kowloon Bay: The riot police ran into the Kowloon Bay MTR Station, then entered the entrance of Telford Mall. After the staff arrived to understand, the police returned to the MTR Station.

[20:40] Kowloon Bay: The riot police entered the Telford platform and raised the blue flag. Many people have already entered the second phase of the mall.

[20:22] Mong Kok: A foreign man wearing a black mask was arrested and taken to a police car. At least 3 men and 1 woman are being taken to police cars.

[19:50] Kowloon Bay: A group of demonstrators marched in Telford Plaza. The Kowloon Bay MTR station is on alert. Demonstrators marched to Maxim's group restaurants, of which Starbucks has long ceased operations, while vitality sushi has closed, and Maxim's Palace is still open, but there are not many diners.

[19:45] Tsim Sha Tsui: Part of the entrance and exit of Port Carnival in Harbour City is closed. The staff member said that the store is still in operation and the closing time will be decided according to the situation.

At 12.25, demonstrators sang and sang in Telford Plaza. (Photo by Liang Huanmin)

[19:52] Mong Kok: Police used a loudspeaker outside Langham Place to point out that people at the scene participated in illegal assembly, asked everyone to leave, and raised the blue flag. Police officers were accused at the scene.

[19:38] Mong Kok: The police asked reporters to leave the interview car outside Langham Place. The reporter was hundreds of meters away from the police line. The police continued to push reporters to Argyle Street. Police said that nine people were arrested during the recent dispersal operation, including one who was subdued, who said he returned to work in Mong Kok.

[19:33] Mong Kok: Police again raised the black flag on Argyle Street and pushed south. Many people fell to the ground and were subdued.

[19:21] Mong Kok: The police raised the black flag again and warned that tear gas would be cast. A number of police vehicles reinforced and occupied the four lanes of Argyle Street. The fire truck could not be driven out, and the people at the scene cheated before the fire truck exited smoothly.

[19:00] Tsim Sha Tsui: A police officer in Harbour City pointed out that a man had hit him, and then the man and her companion were intercepted and searched. During this period, men and accompanying women repeatedly stated that the men did not collide with police officers.

On December 25, at more than 6 pm, the police fired tear gas bombs outside Langham Place. A snack shop was affected and the shop assistant felt unwell. (Photo by Zheng Zifeng)

[18:47] Mong Kok: The riot police raised the black flag again at Argyle Street outside Langham Place, and demanded that the people leave immediately, otherwise they would disperse with tear gas.

[18:39] Mong Kok: The riot police outside Langham Place boarded the police car and left. There are still a large number of riot police guarding outside the main entrance of Langham Place, and police cars are constantly on the scene to reinforce.

[18:32] Mong Kok: The police opened a loudspeaker and said that someone hit the police line and released a tear gas bomb without option. Police currently occupy Argyle Street outside Langham Place. Argyle Street still has a large number of vehicles. Police subdued several people at the scene.

[18:28] Mong Kok: The riot police suddenly fired several tear gas grenades on Shanghai Street outside Langham Place. At that time, the riot police were retreating, suddenly raising a black flag to warn that someone had attacked them.

[18:20] Causeway Bay: Hysan Place is temporarily closed, but no protesters have been seen.

[18:15] Mong Kok: Police officers outside Langham Place handed in their hands. They waved to the gathered citizens and said "bye bye"; the residents shouted in response to the slogan, and some police officers raised their guns.

[17:51] Tsim Sha Tsui: About 20 police officers entered Harbour City and intercepted a man in black before releasing him.

[17:49] Mong Kok: A middle-aged man without a mask or mask raised the US and Hong Kong independence flags outside the riot police blockade.

[17:37] Tsim Sha Tsui: No protesters have gathered in Harbour City. Customers shop as usual and take pictures in front of the Christmas tree.

[17:35] Mong Kok: People gathered outside Langham Place and the riot police quarreled with each other, and the crowd clamored; a man was now pressed by the police by the wall.

[17:23] Causeway Bay: Demonstrators in Times Square broadcast "May the glory return to Hong Kong", during which demonstrators and cartoon characters sit still and raise the "five major demands, all indispensable" gesture.

[17:15] Mong Kok: The people gathered on Portland Street once again shouted slogans, they emphasized that they wanted to express peace.

[17:06] Causeway Bay: Times Square demonstrators march in the mall, calling it a slogan, which is generally peaceful. Customers will be asked not to patronize when walking through a shop built by an artist to sell advertisements.

At 12.25, a man outside Langham Place clashed with the riot police and was arrested in uniform after being sprayed with pepper spray. (Photo by Zheng Zifeng)

[16:50] Mong Kok: A man wearing a black mask outside Langham Place was intercepted.

[16:45] Mong Kok: Dozens of riot police were on alert outside Langham Place, and the conflict broke out suddenly. The riot police fired pepper spray and arrested a man on the ground.

[16:36] Causeway Bay: There are shops closed in Times Square.

[16:26] Causeway Bay: Nearly a hundred demonstrators wandered in Times Square. During the chanting slogan, some people waved the banner of the restoration of Hong Kong and the era of revolution.

[16:25] Mong Kok: The entrance of Langham Place near Portland Street has been closed, and only the entrance of Shanghai Street is left underground. '

[16:12] Mong Kok: Langham Place demonstrators are discussing where they are going on the 8th floor, and they decide to "fall off the street."

[16:05] Mong Kok: A large number of demonstrators wearing masks gathered at Langham Place and arrived at the venue under the banner of Maxim ’s Starbucks. The CCTV in the store was covered by stickers; the staff in the store immediately packed and stowed the store. article. The mall security also locked the entrance to the platform on the fourth floor next to Starbucks.

[16:00] A large number of demonstrators wearing masks gathered at Langham Place, and some people raised slogans on the venue to call the slogans "Revenge of Hong Kong People" and "Restoration of the Revolution in Hong Kong." Long-distance monitoring; on the other side of the mall, there are still a large number of citizens shopping.

[15:58] Some demonstrators wearing Christmas reindeer costumes have left Times Square and walked to the streets of Causeway Bay

[15:35] About 50 people gathered in Times Square in Causeway Bay, some wearing black clothes and masks; but some citizens are still in the mall with the cartoon character Bekachao who was holding an event

[15:25] Stall activities in Times Square, Causeway Bay have been suspended

[14:40] At the junction of Sai Yeung Choi Street and Shandong Street in Mong Kok, police officers took out the pepper spray to drive the citizens present; a sand show asked the police officers at the scene to ignore provocations; the sand show warned another man that he was standing Office.

[14:35] At the junction of Sai Yeung Choi Street and Shandong Street in Mong Kok, riot police officers searched the belongings of the three girls and found three "pigs", two masks and goggles in their backs. Police officers were copying their ID cards; a Sha Zhan questioned the three whether the belongings belonged to them, but they did not respond. Police officers also asked them to tell their secondary schools and warned that they would be arrested.

[14:30] A taxi suspended in Tsim Sha Tsui was surrounded by a number of riot police officers. The taxi information was copied and released.

[14:08] About 10 riot police arrived at Jardine's Bazaar, Causeway Bay, some of them holding long shields.

[13:17] The situation in many areas is still calm. However, at the junction of Canton Road and Haiphong Road in Tsim Sha Tsui, there are a group of about 6 police officers patrolling along the sidewalk towards the waterfront. 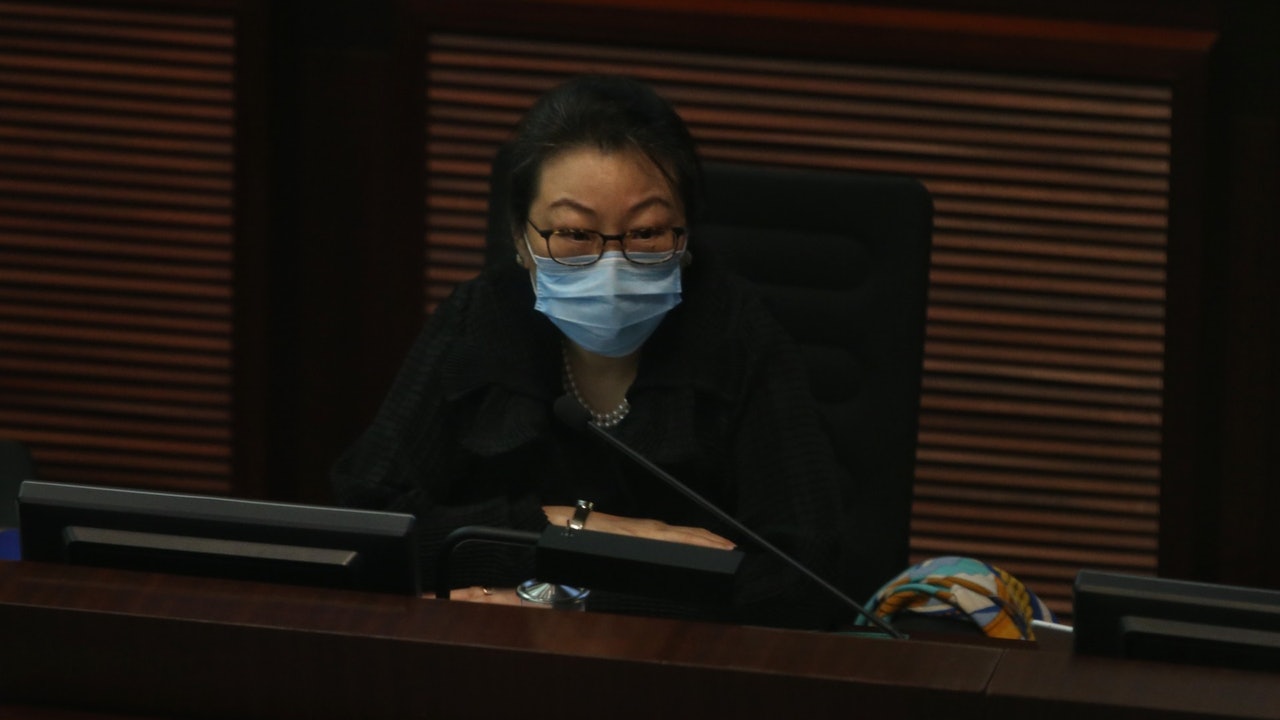 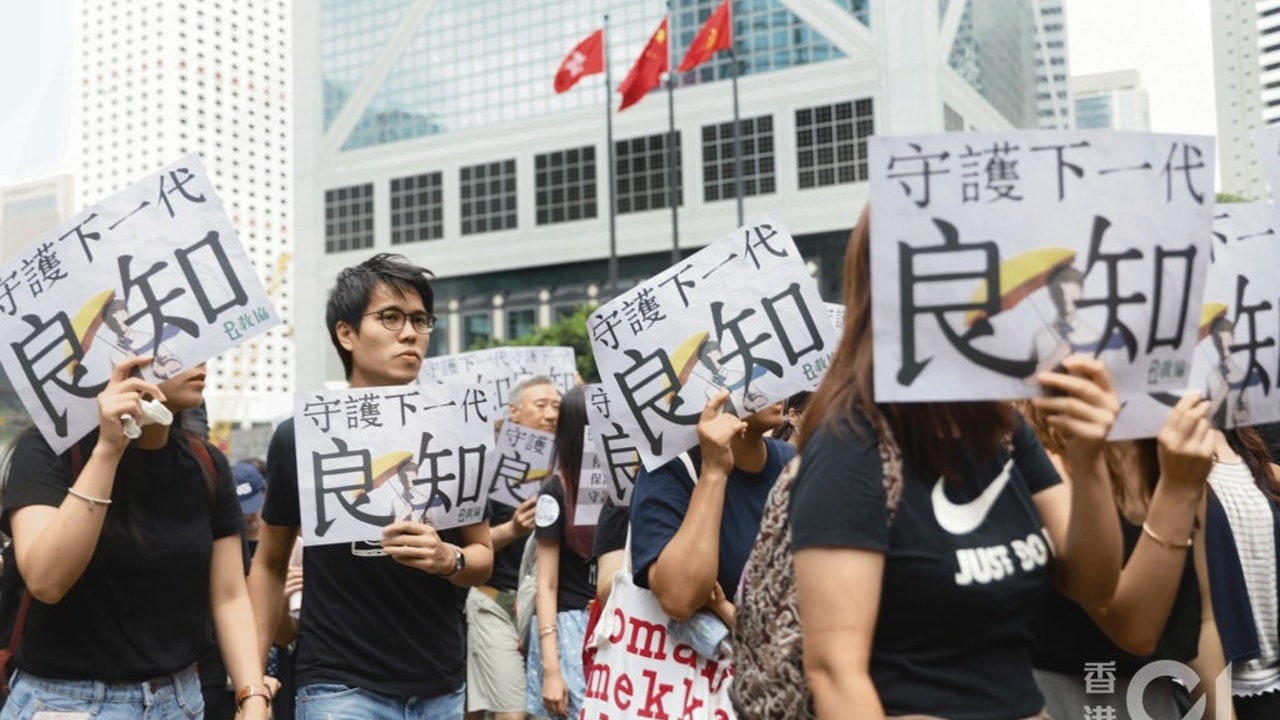 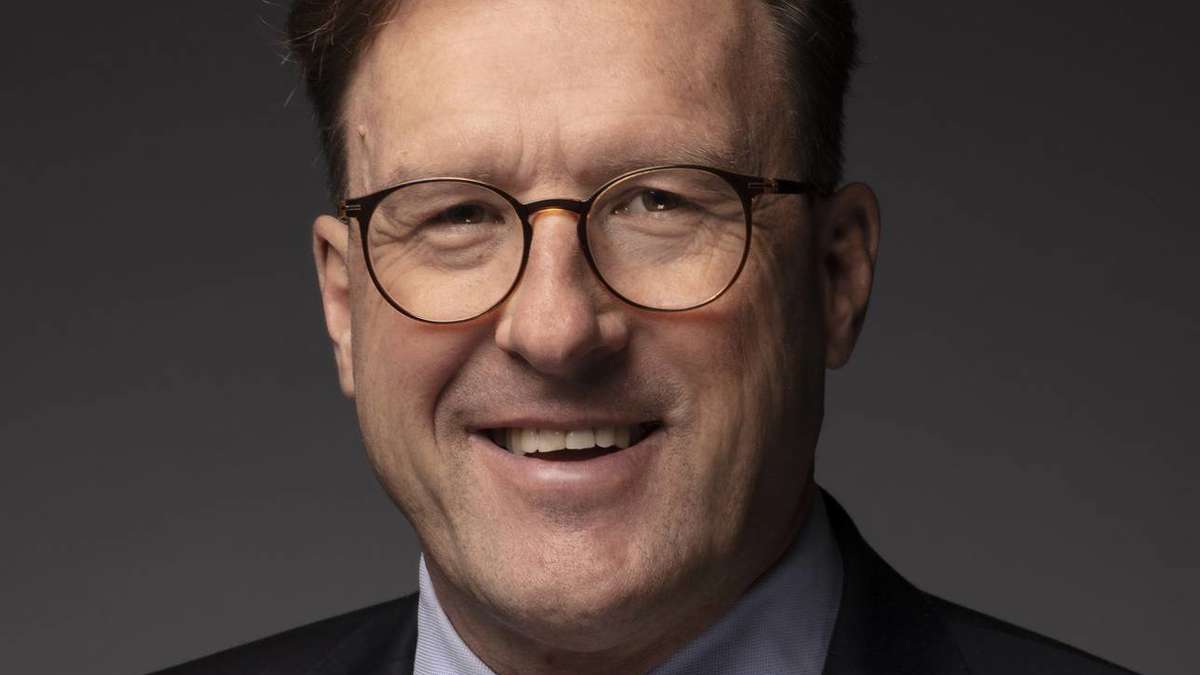 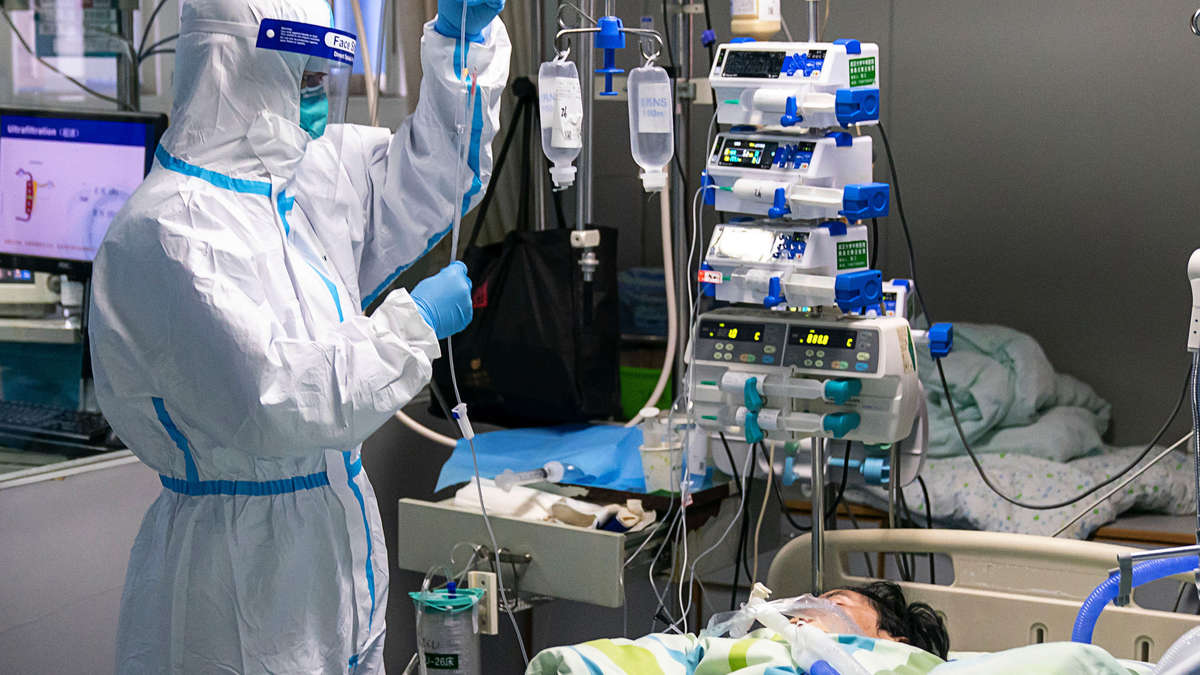 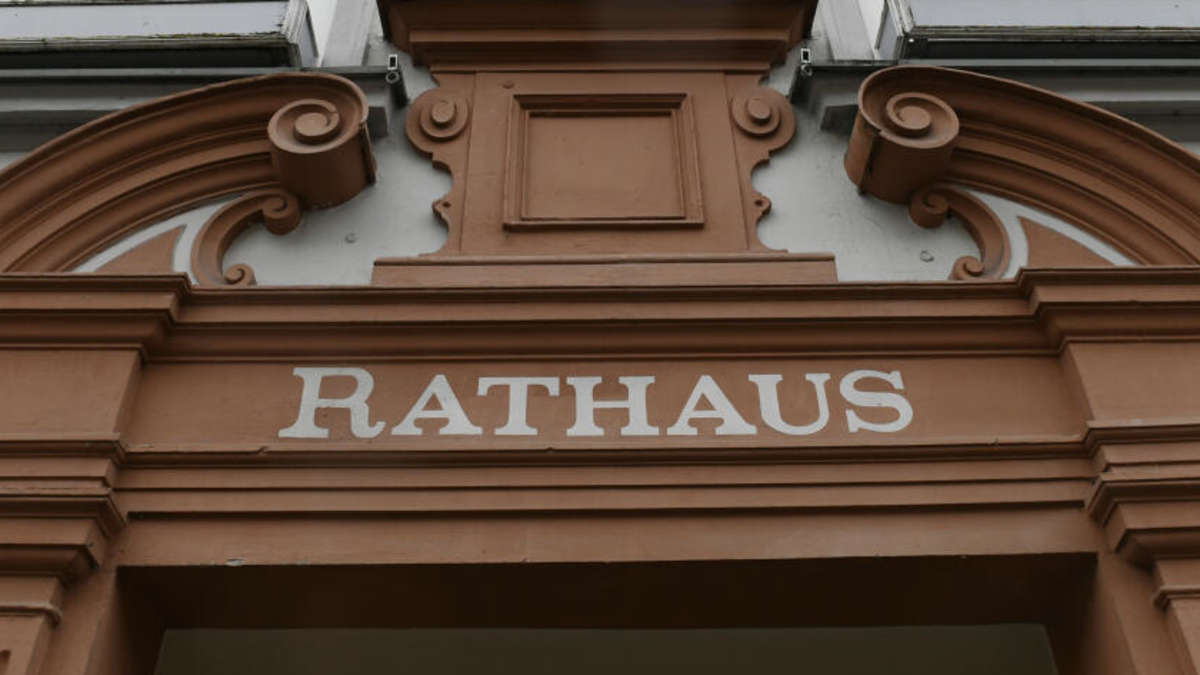