Five possible anti-Semitic incidents occurred in New York this week, all during the Hanukkah Jewish festival.

The first incident occurred on Monday morning, when a 65-year-old man told police he was beaten and kicked by another man who shouted “F *** you, Jewish” (Jo ****, Jewish), according to the New York Police Department. The incident occurred about two blocks from the Grand Central Terminal in Manhattan.

A suspect, Steven Jorge, 28, has been arrested in connection with the incident. It was not immediately clear if he has a lawyer.

Police received a second call on Monday at 8:40 pm about an assault in Brooklyn.

When the agents arrived, a 67-year-old man told them that a group of teenagers allegedly approached their 6-year-old son and another 7-year-old boy from behind, beating them in the lobby of a residential building.

The teenagers fled and the victims were treated for minor injuries at the scene.

The early morning incident occurred in front of 332 Kingston Avenue. A group of unidentified people allegedly shouted anti-Semitic insults to a 25-year-old man while walking down the street, he told police. One of the people threw his drink, he said.

The victim was not injured, but the individuals fled the scene.

The second incident on Tuesday occurred at 1454 Union Street, where a 56-year-old man claimed he was walking when a group of people approached him and one of them hit him.

Then, on Thursday, police accused a woman of assault as a hate crime after she allegedly attacked a Jewish woman in front of her 3-year-old son.

Ayana Logan, 42, is accused of using her purse to hit the victim, a 34-year-old woman in the face, NYPD spokesman Lt. Thomas Antonetti told CNN. Logan has been accused of assault as a hate crime, acting in a manner harmful to a child under 17, criminal possession of a weapon and harassment.

The NYPD Hate Crimes Task Force is investigating the incidents.

"The despicable crimes committed against our Jewish community in the last 24 hours are an attack against ALL New Yorkers," the mayor tweeted. "The New York police are actively investigating everyone and will bring those responsible to justice."

It's not enough to condemn anti-Semitism - we have to confront it.

The despicable crimes committed against our Jewish community over the last 24 hours are an attack on ALL New Yorkers.

The NYPD is actively investigating all of them and will bring the perpetrators to justice.

New York Governor Andrew Cuomo also issued a statement on Wednesday, prior to reports of the Brooklyn incidents, saying he was "disgusted" by the alleged attack in Manhattan. He also promised to provide state police assistance to the New York police in the investigation.

"This horrible and cowardly act of anti-Semitism is disgusting to our values, and it is even more despicable that it happened during the holidays," Cuomo said in the statement.

Dov Hikind, a former New York state legislator and founder of Americans Against Antisemitism, has criticized the way De Blasio has responded to anti-Semitic attacks in the city.

“I have spoken with the mayor. He doesn't know what to do, ”said Hikind. “We have presented a plan to the mayor. At this time, anti-Semitism is not being addressed. 'Convictions, you go ahead, condemn the next.' I wanted the mayor to declare a state of emergency due to these hate crimes. ”

CNN has contacted De Blasio's office to get a comment.

There have been 166 anti-Semitic incidents from January to September of this year, the New York Police reported.

Most of these crimes do not involve assault, but acts of vandalism, such as graffiti or swastikers scribbled in places like synagogues, said police commissioner Dermot Shea in September, when he was the department's chief of detectives.

But anti-Semitic incidents are the most common hate crimes reported in the city. They represent more than half, 53.7%, of all reported hate crimes, according to crime statistics from the New York Police. 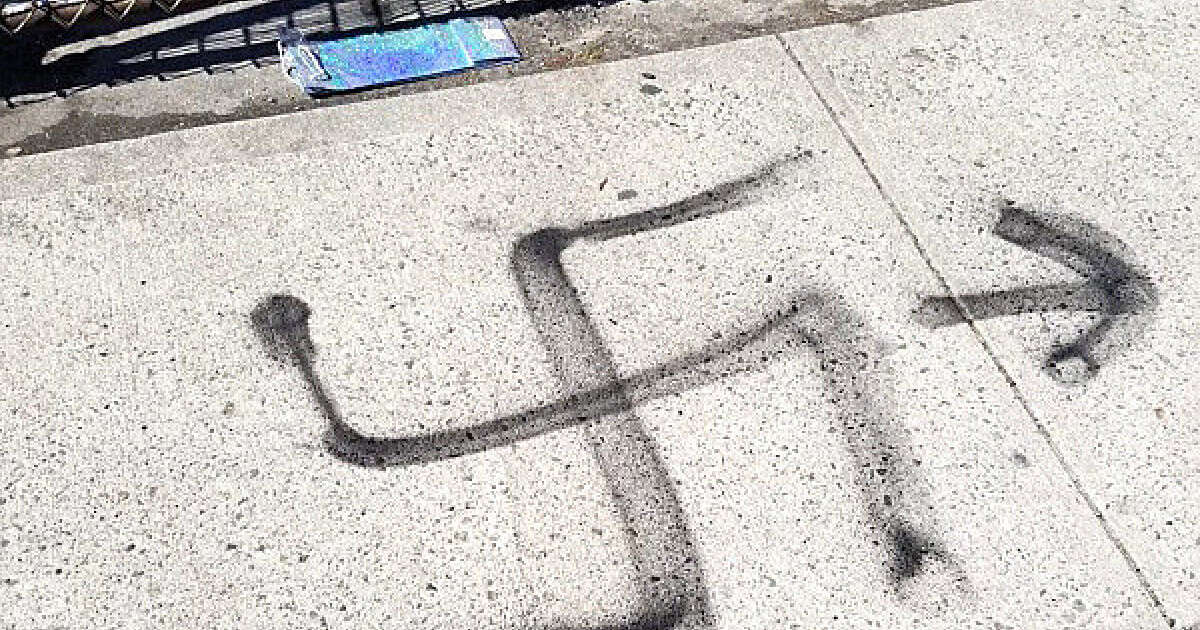