The outbreak of a new coronavirus that caused Wuhan pneumonia continued to expand. The news said that the first case was confirmed in Hong Kong. The patient arrived on the high-speed rail and was isolated and treated at the Queen Elizabeth Hospital, waiting for a second review. A total of 453 people were infected in the Mainland, and one in Macau and one in Taiwan.

The outbreak of a new coronavirus that caused Wuhan pneumonia continued to expand. The news said that the first case was confirmed in Hong Kong. The patient arrived on the high-speed rail and was isolated and treated at the Queen Elizabeth Hospital, waiting for a second review.

A total of 453 people were infected in the Mainland, and one in Macau and one in Taiwan.

It is reported that the first confirmed case of Wuhan pneumonia occurred in Hong Kong. The patient arrived in Hong Kong by high-speed rail from Wuhan and waited for a second review at Elizabeth Hospital.

[16:57] MTR: A Mainland passenger got a fever when the high-speed rail arrived in Hong Kong. It was reported that he had been to Wuhan. Mrs MacLehose Resort is closed today and is reserved for quarantine.

The first case of Wuhan pneumonia was confirmed in Macau. The Macau authorities stated that they must complete a health declaration form when entering or leaving the country. However, when a reporter from "Hong Kong 01" entered the Taipa Ferry Terminal in Macau, they found that they could enter without having to fill in. Some mainland tourists even asked why everyone wore a mask.

It is reported that the first confirmed case of Wuhan pneumonia occurred in Hong Kong, and the patient is waiting for a second review at Elizabeth Hospital.

[Wuhan Pneumonia] MTR: A Mainland passenger has a fever when arriving at Hong Kong

[Wuhan Pneumonia] Reporters do not need to fill out a declaration form to arrive in Macau. Travelers: Why do everyone wear masks?

[15:00] As of 12:00 on January 22, two new cases of pneumonia diagnosed with new type of coronavirus infection in Tianjin have been treated in isolation at designated hospitals with stable vital signs. Among the patients, one was female, 67 years old; one was male, 40 years old, and all had a history of working in Wuhan. Close contacts are receiving medical observation. Up to now, 4 cases of new pneumonia have been found in Tianjin.

The distribution of new cases is as follows: 2 cases in Guangzhou, 4 cases in Shenzhen, 1 case in Foshan, 2 cases in Shaoguan; 4 cases in men and 5 cases in women; 2 cases in severe cases, all were treated in local designated medical institutions for isolation and treatment. Of these, 7 cases had a history of residence or travel in Hubei, and Guangdong Province has followed up close contacts, and there is no abnormality at present.

So far, 26 confirmed cases have been found in Guangdong Province (2 in Guangzhou, 14 in Shenzhen, 4 in Zhuhai, 1 in Foshan, 2 in Shaoguan, 1 in Huizhou, 2 in Zhanjiang), of which 7 were critically ill and 3 were critically ill. There were no deaths. Another suspected case is under investigation.

10 cases in Zhejiang as of noon today

As of 12:00 today, Zhejiang has reported 10 cases of pneumonia caused by new coronavirus infection, including 1 in Hangzhou, 3 in Ningbo, 4 in Wenzhou, 1 in Zhoushan, and 1 in Taizhou. All cases had a history of residence, travel and close contact in Wuhan. At present, they are receiving isolation treatment at designated medical institutions. Medical observation was performed on 148 close contacts, and no respiratory-related symptoms such as fever were found.

[11:00] The first case of new coronavirus was confirmed in Macau. The patient was a 52-year-old Wuhan traveler who had visited a casino and had been quarantined.

[10:20] A press conference was held at 10 am of the State Council Information Office. Li Bin, deputy director of the National Health Committee, introduced the situation of pneumonia prevention and control of new coronavirus infection. As of 10:00, a total of 440 cases of pneumonia infected with the new coronavirus have been confirmed, of which 9 have died. Experts from the National Health and Health Commission have concluded that human-to-human transmission and medical staff infections have occurred, the virus may be mutated, and the epidemic is at risk of further spread.

[Wuhan pneumonia] Macau's first diagnosed Hong Kong and Macau terminal masks sold out, citizens are not worried about the epidemic

[02:50] According to the US Centers for Disease Control and Prevention, the first case of pneumonia was confirmed. The patient was a 30-year-old man living in Snohomish County, Washington State. He had traveled to Wuhan and returned to China. She developed symptoms and was admitted to hospital last week due to pneumonia. She is now in stable condition.

[02:15] Lu Qiuluwei, an assistant professor of journalism at the Hong Kong Baptist University and former director of global news at Phoenix TV, posted on Facebook that she wrote an article titled "Hong Kong People in the Clouds of Pneumonia" for Tencent, and it was published less than 10 hours later Removed. Qiu Luwei also quoted "relevant people" that Zhong Nanshan, the leader of the high-level expert group of the National Health and Medical Commission who had previously visited Wuhan to learn about the epidemic, would no longer accept media interviews.

[02:00] The Sichuan Provincial Health and Health Commission stated that the second confirmed case of pneumonia of imported new coronavirus infection was confirmed. The patient is a 57-year-old man who lives in Wuhan. He had a fever, Coughing went to a hospital in Guang'an City for treatment, and then received isolation treatment.

[01:05] China ’s Young Pioneer Tours, which specializes in North Korean tour groups, revealed that due to the spread of pneumonia, North Korean authorities will temporarily suspend the reception of all foreign tourists.

[00:30] Kunming City announced on the 21st that a 51-year-old man was confirmed to be infected with a new coronavirus, the first case in Yunnan Province and an imported case. The patient was from Wuhan. He went from Wuhan to Kunming on the 15th of this month. Due to fever and fatigue, he went to the Third People's Hospital of Yunnan Province on the 16th and was referred to the Yunnan Provincial Infectious Diseases Hospital for isolation and treatment on the 17th. The test results showed that the detection of the new coronavirus nucleic acid was positive, and the patient's condition improved steadily. Those who were in close contact with him did not have any abnormalities through medical observation.

[00:20] The first case of infection also occurred in Hunan Province. The patient is a 57-year-old woman named Luo. She is from Qingshan District, Wuhan. She visited relatives in Changsha, Hunan. She developed fever, cough, and other symptoms. She was admitted to a designated hospital for isolation and treatment on the 16th of this month. Stable, body temperature has returned to normal, and all close contacts have no abnormalities such as fever.

SARS expert Yuan Guoyong (second from left) pointed out that Wuhan has become a new pneumonia epidemic area, and he appealed not to go unless necessary. (Photo by Luo Junhao)

The pneumonia epidemic in Wuhan has continued to expand. In addition to the outbreak of a major infection in Wuhan, Hubei has 12 new cases yesterday, including a doctor and four nurses. In addition to Beijing and Shanghai Overseas, the other two municipalities Tianjin and Chongqing also announced their first cases yesterday.

There are many cases of infection in many cities in Guangdong, with Shenzhen accounting for the most, with a total of 10 cases. Confirmed cases were found in Chengdu, Sichuan, Qingdao, Shandong, Zhejiang, and Zhengzhou, Henan. A total of at least six provinces and all four municipalities yesterday had human infections. Some of them were local Wuhan residents, which were imported cases. A Taiwanese businesswoman who went to Wuhan to do business was also diagnosed yesterday, the first case on the island.

The World Health Organization announced yesterday (21st) in the afternoon that it believes that the new coronavirus may become persistent from person to person. The case of pneumonia caused by "new coronavirus in 2019" was first discovered in Wuhan, Hubei Province, China, and then expanded to other places.

[Wuhan Pneumonia Symptoms] Is there a human-to-human fever, cough, or stroke? Two points are different from the flu

[Wuhan Pneumonia · Live Broadcast] News: A patient from Weiyuan Hospital will be forwarded to Princess Margaret if it is positive

[Wuhan Pneumonia · Live Broadcast] News: The first case of a patient with a positive initial test in Wales Hospital

[Wuhan Pneumonia · Live Broadcast] News: A patient from Weiyuan Hospital will be transferred to Princess Margaret if it is positive 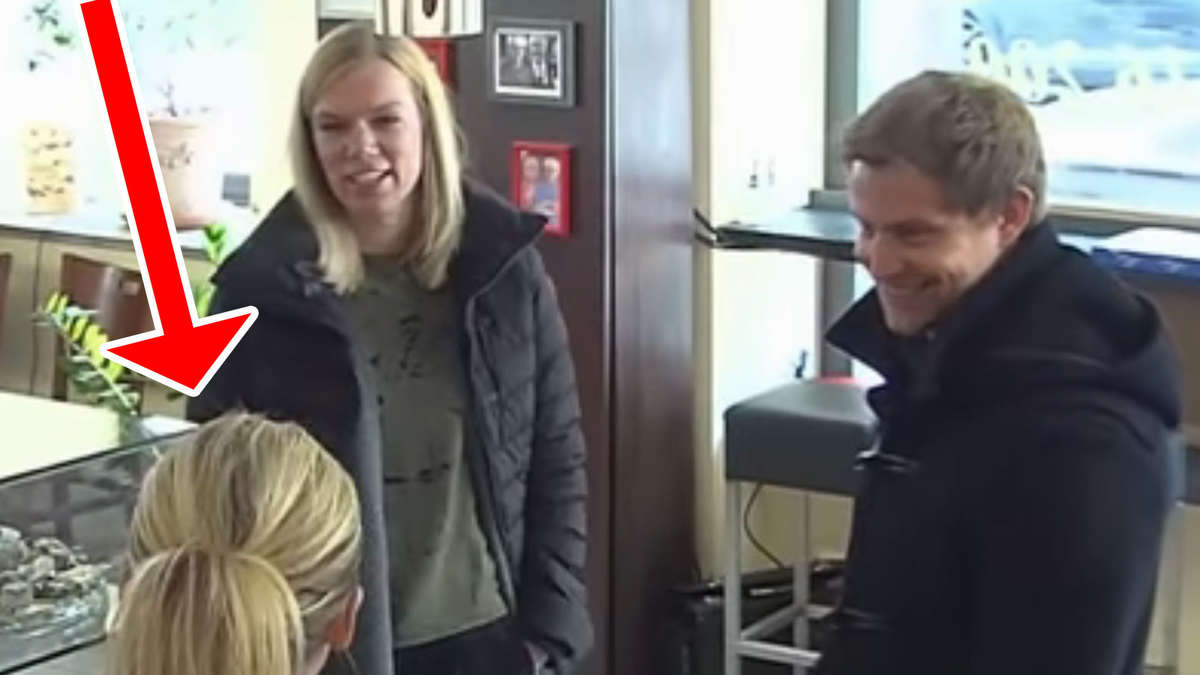 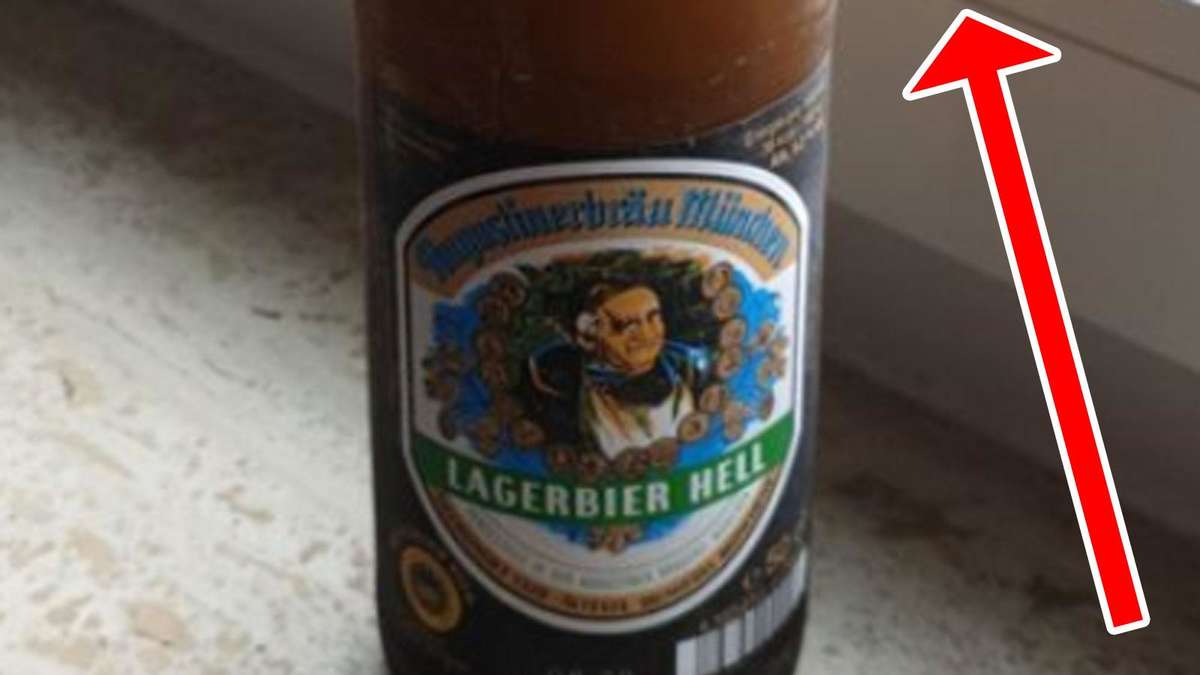 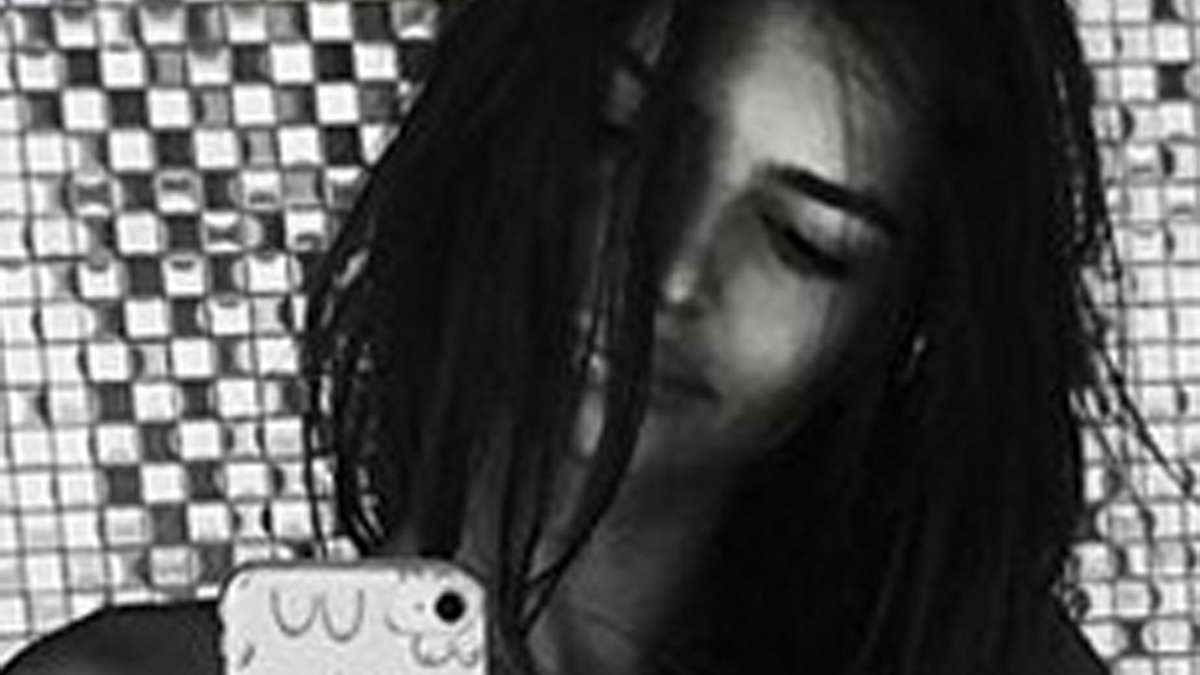 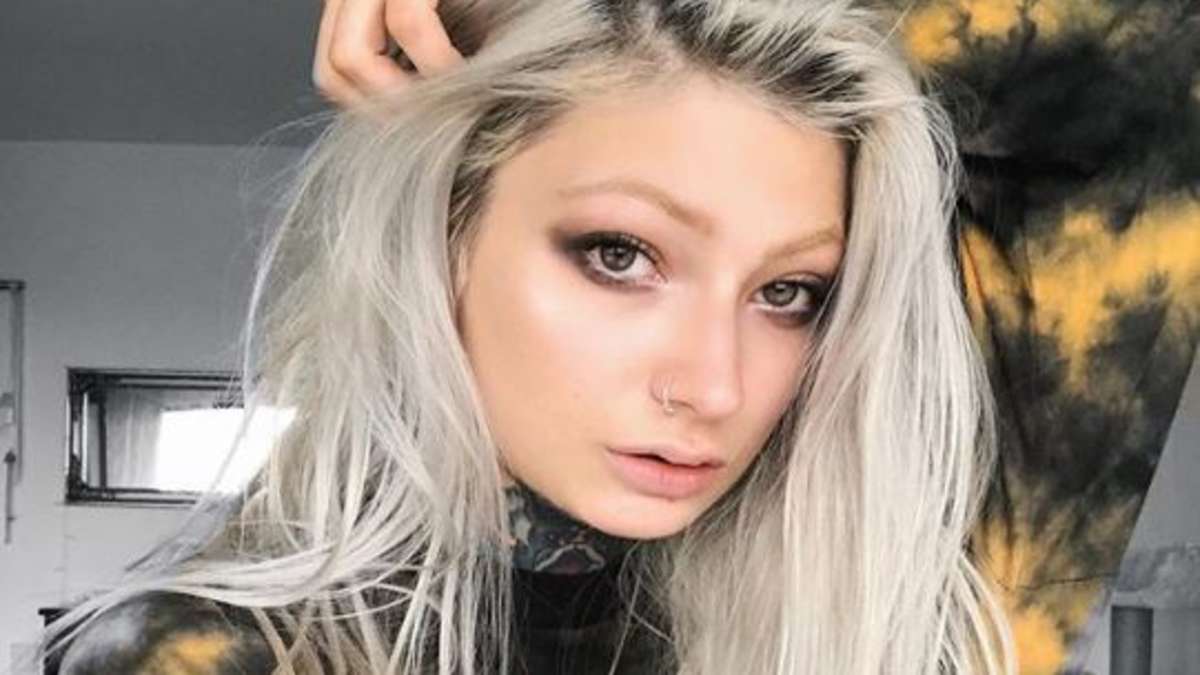 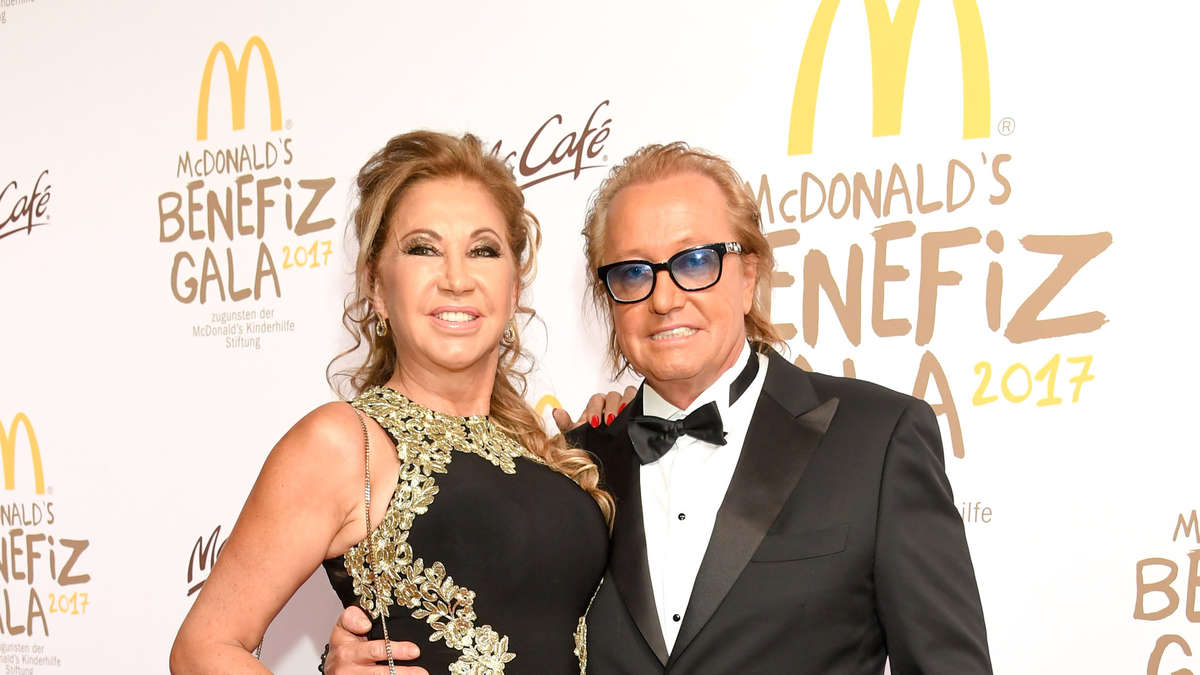 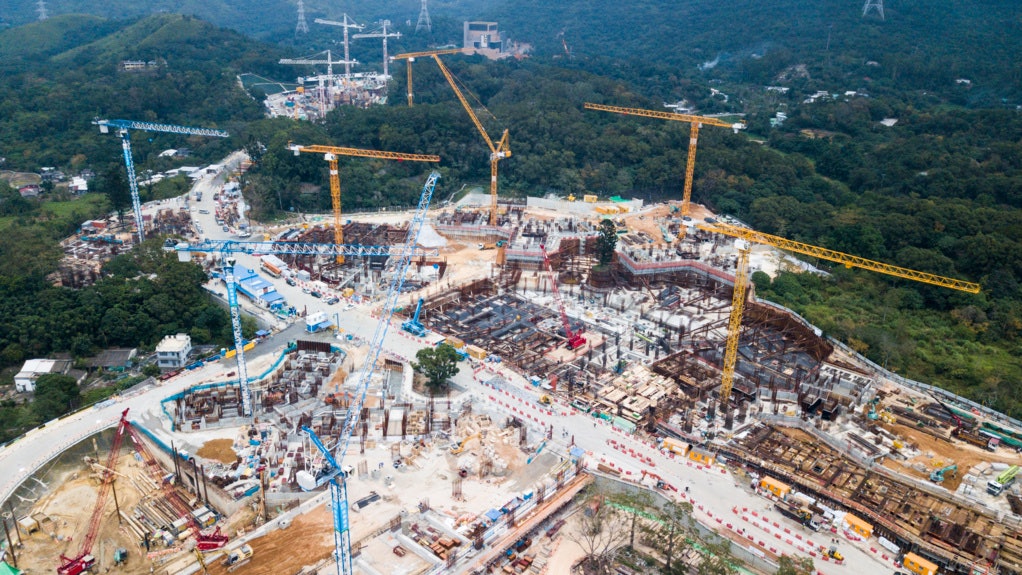 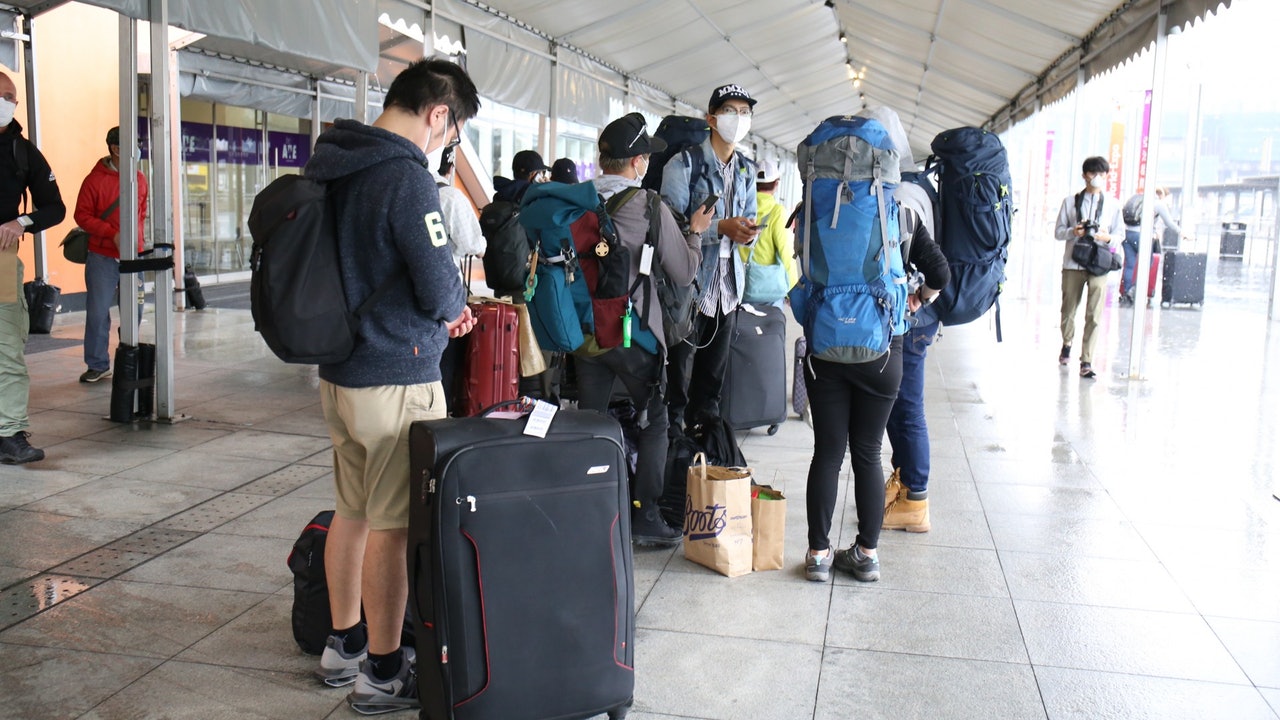 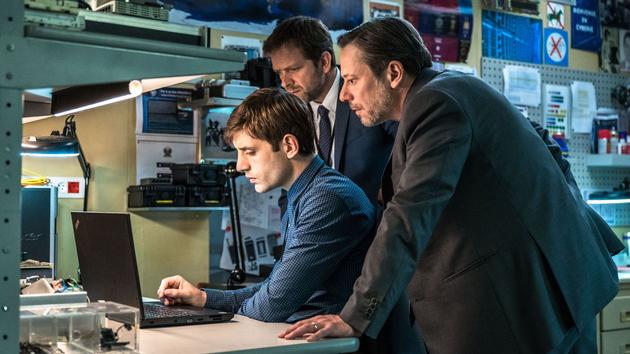 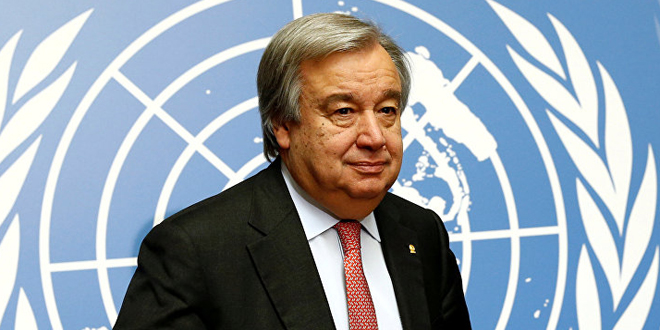 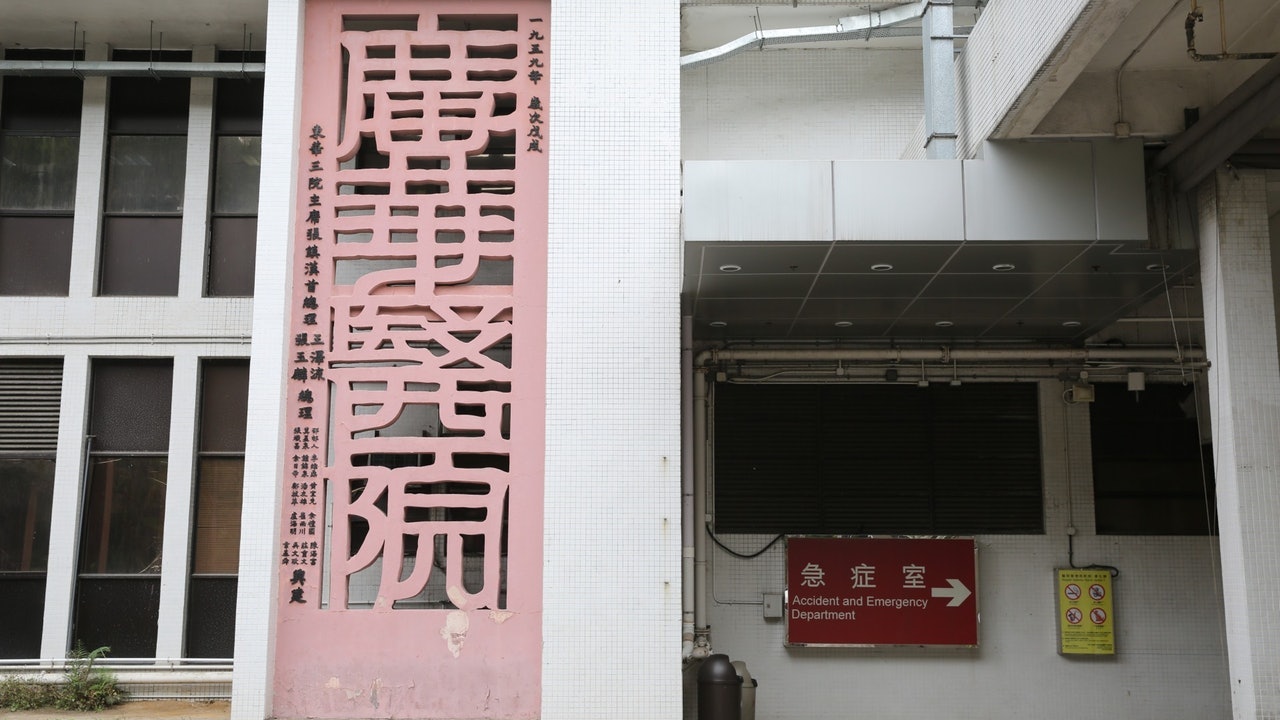