The Jerusalem Airways will leave Capitol Hill, where the two will meet with Trump and his team to present the plan. At the White House we initially planned a triple meeting, but they agreed to Gantz's request ...

Among the White House immunity debates: Netanyahu and Gantz take off for Washington to discuss century deal

The Jerusalem Airways will leave Capitol Hill, where the two will meet with Trump and his team to present the plan. At the White House, we had initially planned a triple meeting, but they had agreed to Gantz's request to meet separately. According to the leaks, this is a generous plan for Israel, but it is expected to include concessions as well

Among the White House immunity debates: Netanyahu and Gantz take off for Washington to discuss century deal

Prime Minister Benjamin Netanyahu and Blue and White Chairman Benny Gantz will depart on Sunday by air to Washington, United States, where they will land for meetings with US President Donald Trump, where he will present the "Peace Plan."

Gantz took off on a private flight through Zurich this morning, while Netanyahu will take off on a PM plane at noon after the government meeting. Both are expected to reach the White House, where apart from Trump, the two will meet with the administration's peacekeeping team led by President's son-in-law, Jared Kushner. Gantz will be the first time he meets the president, who does not usually meet political leaders who are not heads of state. Gantz is expected to return to Israel by Tuesday, the Knesset's vote on the committee to discuss Netanyahu's immunity.

At the same time, Netanyahu will return to the White House Tuesday for another meeting, and will likely face Trump in a solemn statement, while Gantz's meeting with the president is expected to be closed to the media. In the meantime, the White House is preparing to publish the plan formulated by the government in recent months to resolve the Israeli-Palestinian conflict. While Palestinians have not been invited to the White House at all and are expected to reject the plan outright, in Israel it is likely to cause political turmoil given the timing of the advertising, just over a month into the election.

Trump: Announces Century Deal Before Netanyahu Arrives and Gantz to Washington Noise in Silence: Announcement of Century Deal May Reduce the Right in the Judges' Right to Announce Century Deal: "We Will Not Deliver Land to Arabs" Obesity is not a matter of choice - and there is something Make promoted content against it

The Trump administration plan is expected to be the most friendly and generous program for Israel that has been in the history of political negotiations between Israel and the Palestinians. The details leaked so far indicate that it will include recognition of Israeli sovereignty in all West Bank localities and annexation of large areas of Judea and Samaria, including the Jordan Valley, and will impose difficult to impossible conditions for recognition of a Palestinian state.

However, the plan is also expected to include Israeli concessions, such as evacuation of outposts and transferring neighborhoods to Palestinians in East Jerusalem. The administration has been working on the plan since the beginning of Trump's term, and has rejected it several times over the past year due to repeated elections in Israel. Ahead of the November presidential campaign in America, the government decided to publicize the plan, despite the upcoming scheduling in Israel and external intervention on such an explosive issue, and last week they invited Netanyahu and Gantz to meet with the president ahead of the announcement.

Initially, the White House planned to hold a triple and joint meeting of Trump, Netanyahu and Gantz, but over the weekend Gantz's request was met with a separate meeting. Earlier this month, when reports of preparations for publishing the program began, he urged the White House not to publish it, saying it would be "blatant interference" in Israeli elections. The administration did not like the public opposition, made it clear to Gantz that the plan would be published anyway, and advised him to change direction. And so he did. Last week, during a tour of the Jordan Valley, he urged Trump to announce the plan as soon as possible before the election. Two days later, the invitation arrived from the White House, and Netanyahu and Gantz both answered it.

Only the joint statement by Vice President Mike Pence alongside Netanyahu at a meeting held at the United States Embassy in Jerusalem at the end of the World Holocaust Forum turned on blue and white red light bulbs. Netanyahu said he was the one who suggested that Gantz be invited to the summit, and Pence said the invitation to Gantz came "on the recommendation of the prime minister." Gantz's deliberate lowering has heightened the concern over white and blue that the Triple Summit in the White House is a trap designed to bolster Netanyahu; At the cockpit meeting that took place yesterday morning, it was widely held that Gantz had politely refused an invitation to Washington, despite the cost of refusing the president of the world's most powerful power.

Benny Gantz in a statement announcing he was going to meet with Trump in Washington, Jan. 25, 2020 (Photo: Reuben Castro, photo processing)

Over the weekend, Gantz considered canceling the trip, but continued to prepare for a departure to Washington. Eventually, after talks in front of the White House, it was agreed that he would come to a separate meeting, and yesterday announced that he would respond to Trump's "personal, separate and respected invitation" and he would meet with him in person on Monday.

This will be his first time in the White House, and a very unusual sight of a non-state politician getting a meeting in the Oval Room. A little over a year ago, in March 2019, Gantz, along with Netanyahu, came to the AIPAC conference, requested a meeting at the White House and encountered a refusal. Former Air Force commander, Maj. Gen. Amir Eshel, will be joined by Gantz, who in recent months advises him on the "century deal" and serves as an envoy on his behalf to the Americans, Yoram Turbovich, who was the leader of the Blue and White negotiations in recent coalition talks, and Maayan Cohen Israeli, His headquarters.

Gantz will return to vote on the request for immunity

Immediately after Gantz's announcement of the separate meetings, the Netanyahu bureau was quick to emphasize / show off that he would meet with the president twice; While withdrawing his stay in Washington at least until Wednesday, Gantz is expected to return soon after the meeting, to reach a vote in the Knesset plenum, to set up a Knesset committee to discuss Netanyahu's request for immunity. In the Likud, over the weekend they considered whether to approach Knesset Speaker Yuli Edelstein to postpone the plenum in light of Netanyahu and Gantz's expected trip, but gave up when they realized that the prospects for rejection were nil. He is apparently expected to return to Israel already, although Netanyahu's schedule tends to be very flexible overseas and does not mean that the trip will be extended.

Netanyahu's immunity hearings are expected to continue for only a week, but will take many hours. So far, the Likud has not decided whether to boycott the discussions and not to participate in them. In addition, Netanyahu has not yet ruled out the possibility of withdrawing the request for immunity to avoid the media circus it is expected to raise in the coming month. He has no majority in the committee, so the result is known in advance: his request will be rejected. Concurrent with the discussions surrounding the immunity, hearings on MK Haim Katz's request for immunity are also expected from the Likud.

In protest of the procedure: The right bloc will boycott the Knesset committee vote - Walla! news 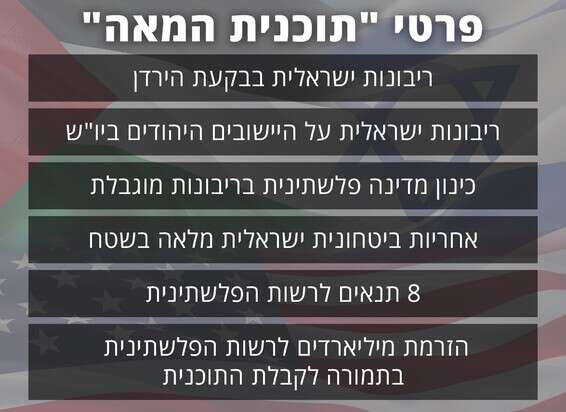 While Netanyahu is in Washington: The Knesset is set to approve the Immunity Discussion Committee - Walla! news

In two separate meetings: Netanyahu and Gantz will discuss Trump with the peace plan - Walla! news

In the background of Trump's invitation to the White House: Gantz enters press conference - Walla! news

Ambush of the Century: Gantz has come into his own with Trump and Netanyahu's minefield - Walla! 2020 elections 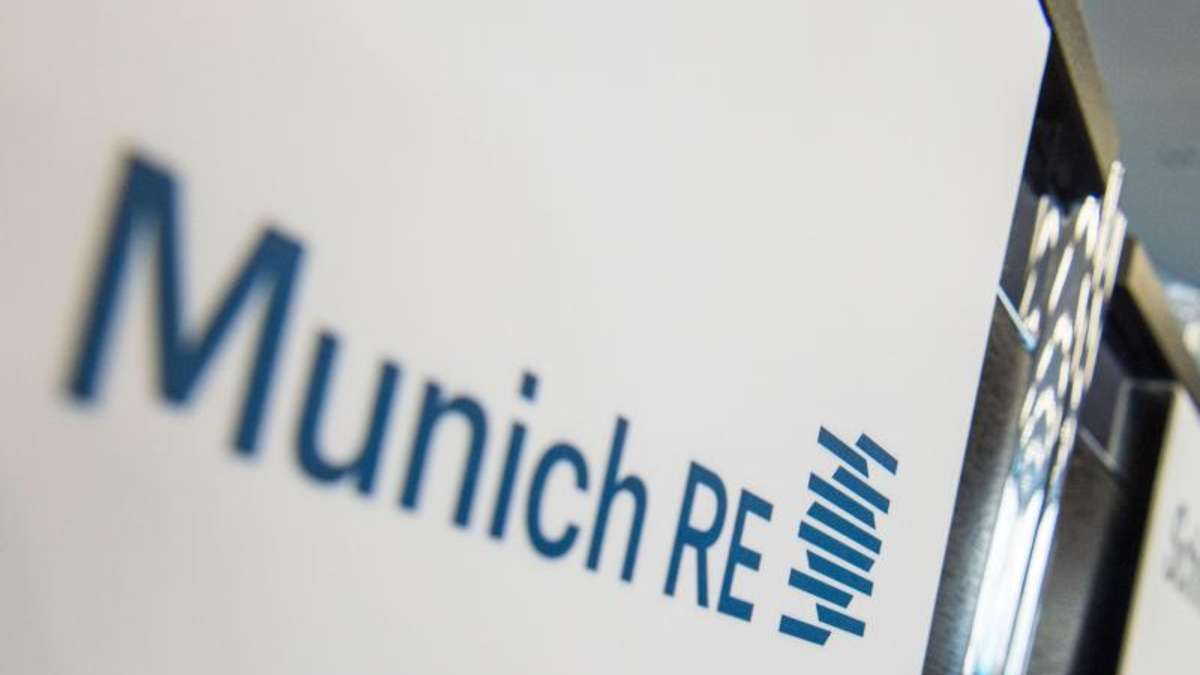 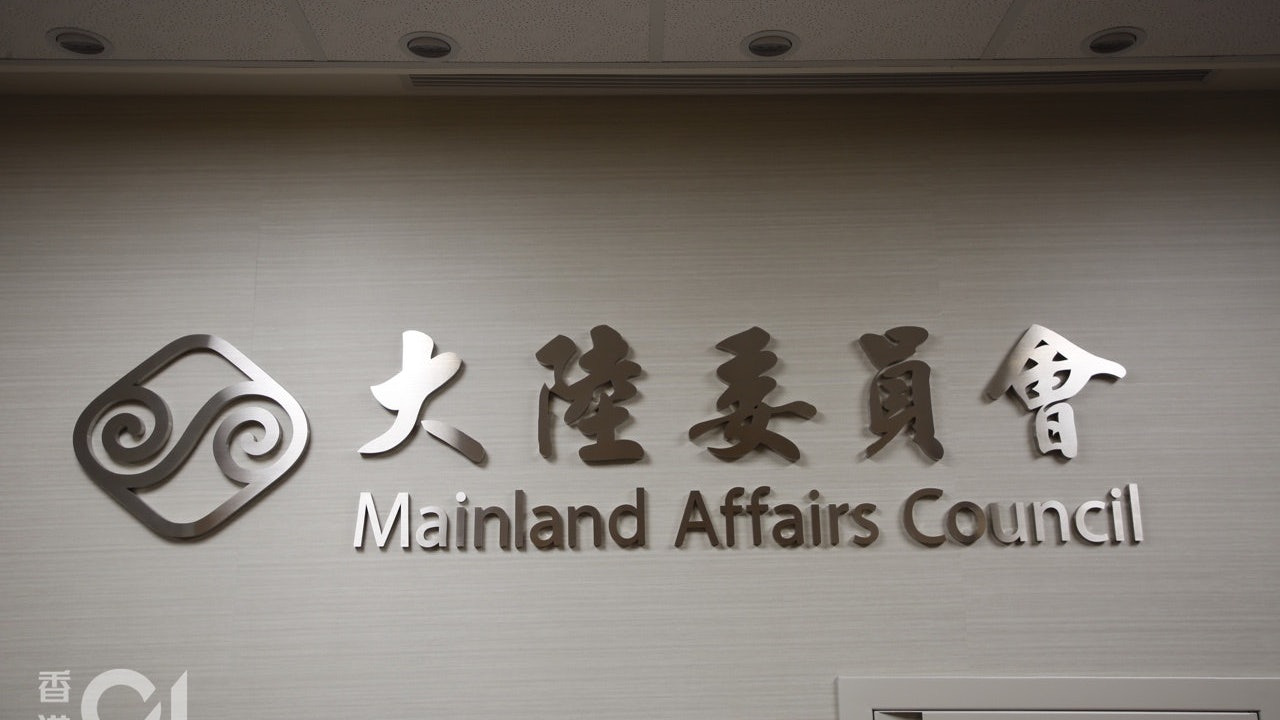 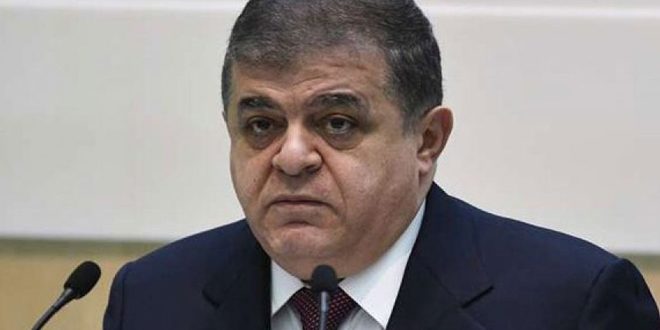 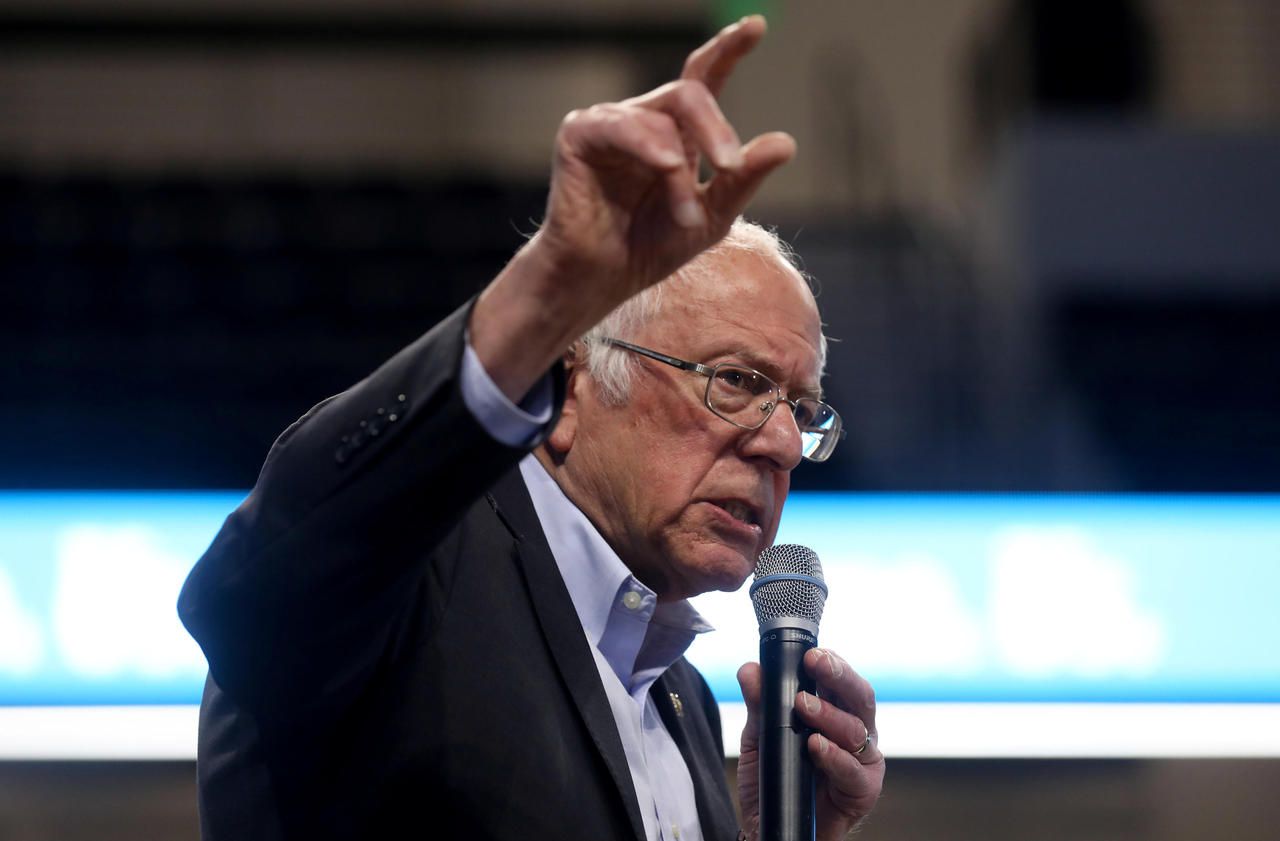 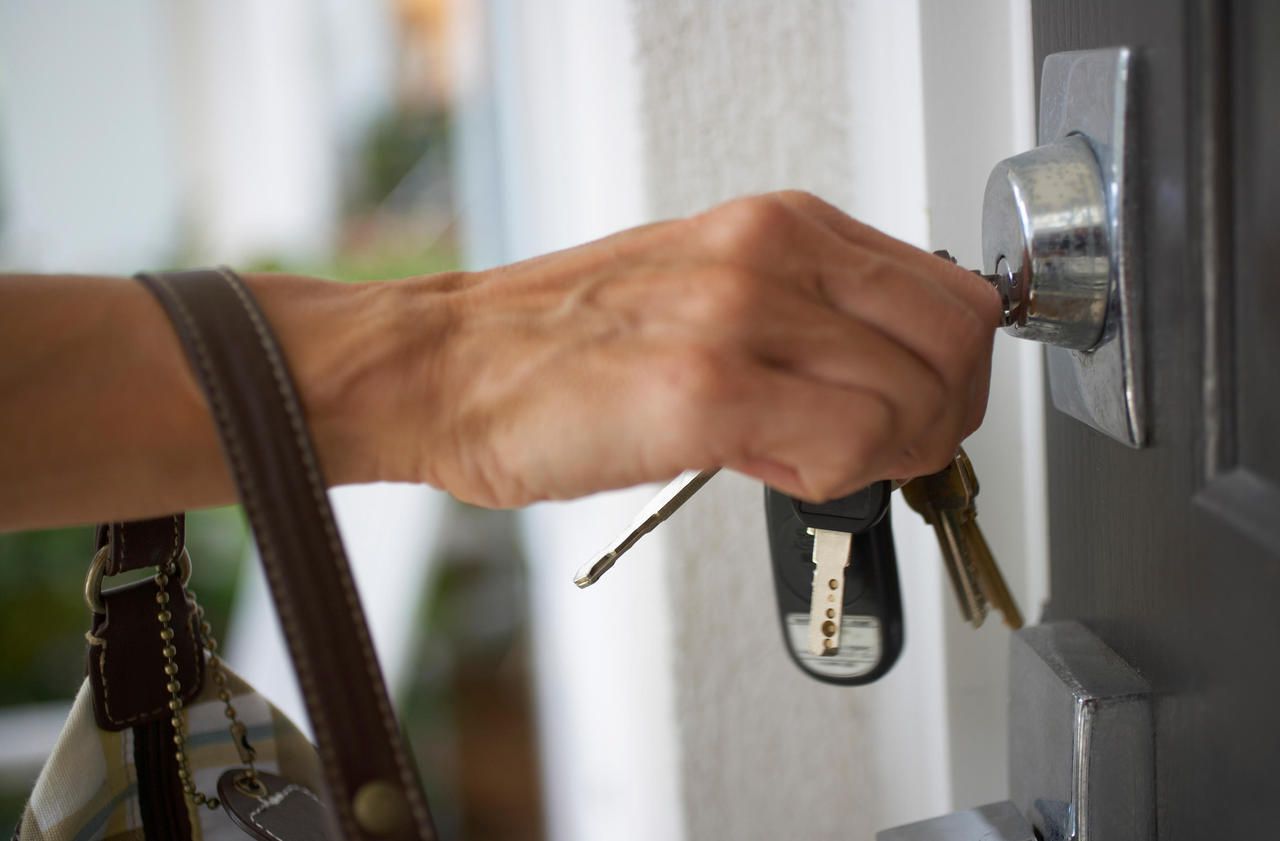 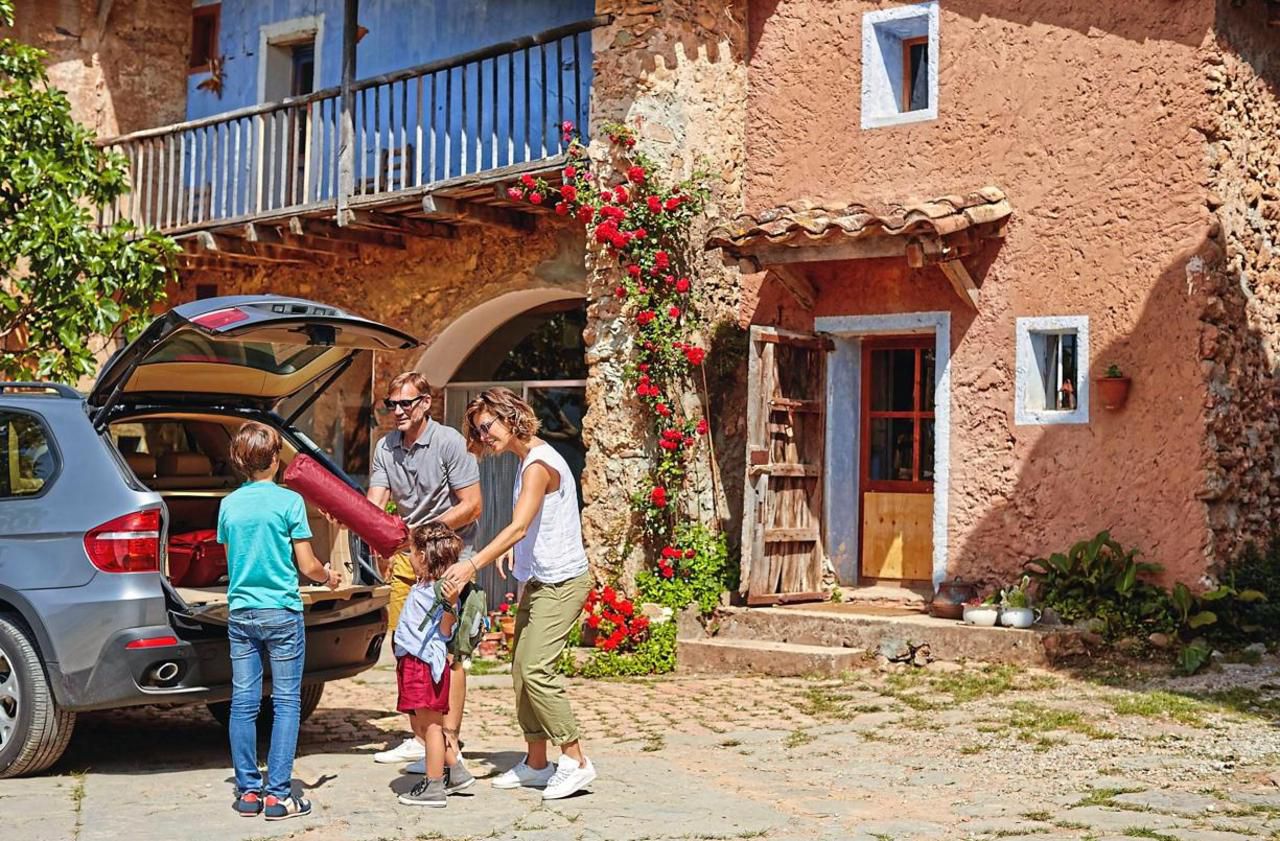 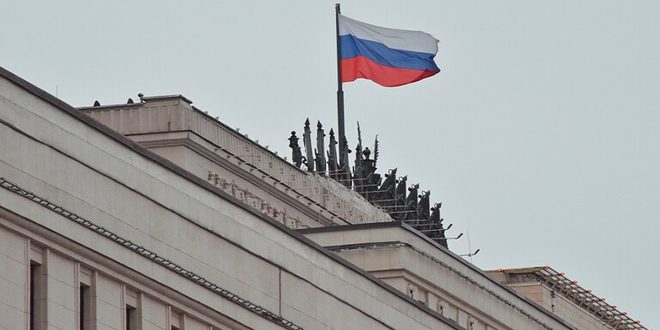 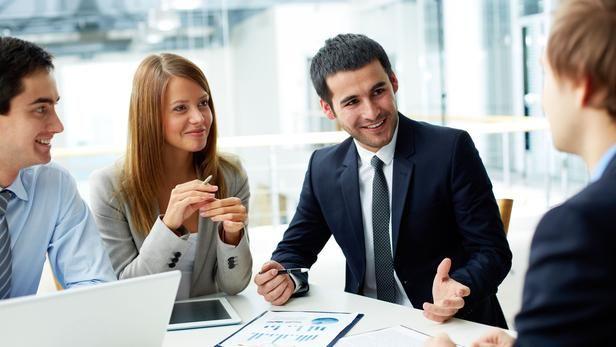