Not everyone who has a good idea can implement it. The administrative community of Oberding also came to this conclusion. Your suggestion to set up and finance your own bus shuttle service from there to the airport together with companies in the Schwaig industrial area does not seem to please the Upper Bavarian government. Rather, the authority relies on the fact that there has long been such a bus line in local public transport: line 512. Not everyone who has a good idea can implement it. The administrative community of Oberding also came to this conclusion. Your suggestion to set up and finance your own bus shuttle service from there to the airport together with companies in the Schwaig industrial area does not seem to please the Upper Bavarian government. Rather, the authority relies on the fact that there has long been such a bus line in local public transport: line 512.

Oberding - Actually, the idea of ​​the community was as bright as it was obvious. In order to curb the steadily increasing private car traffic, especially in the Schwaig industrial area, a new additional bus connection to the airport and back could provide effective remedies. Then employees from the companies there who come from Munich or the northeastern outskirts would have the opportunity to take the S-Bahn or train to the airport and change to the new bus line to the commercial area.

"After all, we have 4,000 to 4,500 employees in the industrial estate, a large number of whom also come from the Munich region," says Josef Steinkirchner, managing director in Oberdings Verwaltung. “With such a bus connection to the airport, we could relieve road traffic. Many want to get away from the car themselves and are increasingly shying away from the daily stress on the streets. ”

Oberding's municipal council also liked this idea, and so Mayor Bernhard Mücke went to the President of the Province Maria Els. But he came home without the desired result: Such a bus line already exists, line 512. In the opinion of the government of Upper Bavaria, the municipality should rather the district of Erding "as a public transport authority to increase the frequency of the MVV (Munich Transport and Tarifverbund GmbH) -Line 512 request ". After all, the government continues at the request of our newspaper, this line is currently driving to the airport and three stops in the Schwaig business park. The resulting additional costs for the district "may be replaced by the municipality of Oberding".

Line 512 has in fact served the route between Erding bus station and Airport Terminal 1 via Niederding / Notzing, Oberding and Schwaig with its blue-green buses for ten years. Verena Gros, spokeswoman for the government, wrote in writing: “The transport company that won the last tender has been on line 512 since the beginning of December 2019 after the government of Upper Bavaria granted a line permit as requested. This permit contains four additional courses compared to the previous permit for the period Monday to Friday, so that now 29 instead of 25 trips are carried out on these days. The pace is distributed irregularly throughout the day, the bus runs about every 40 minutes. ”However, because even in the morning and in the evening the employees in the commercial area and the municipality of Oberding want an even tighter pace, the district office in Erding is considering further consolidation, said the spokeswoman.

Steinkirchner also believes in an additional offer: "We passed on our request, the office received us with open arms." However, there was still no concrete promise regarding the time and costs. District President Maria Els seems to have no objection to such an expansion: “In the course of the conversation with Mayor Mücke, we showed a legally implementable solution (a line compression of line 512; red.). If further densification is desired, we will also examine it with the aim of achieving user-friendly solutions. ”The question of whether such a solution could (and should) be done by the municipality of Oberding itself was not answered.

Smutrich after Abbas' speech: We will not be partners in a government that relies on RAAM - Walla! 2021 elections Road closure in Kranzberg postponed: work on the water pipe not until April Oberding: The airport district only exists on paper 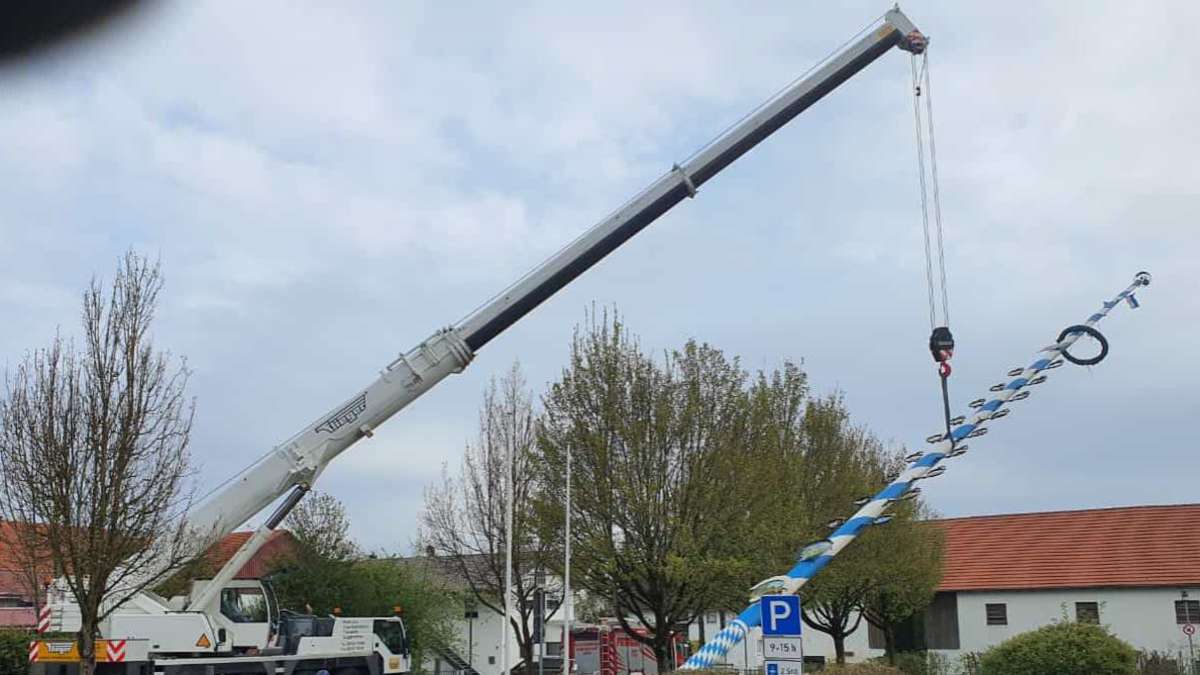 Visit from the saw: Rotten spots bring down the Oberdinger maypole