Hurricane alarm in Germany: From Sunday it will be violent - "There is a risk to life"

Update from February 8: Hurricane alarm in Germany. The country is preparing for a violent winter storm. The weather portal wetter.com shows on weather maps what is to come in Germany. Hurricane-like gusts of wind of up to or even over 120 km / h can already be expected in Northern and Western Germany on Sunday. In the night to Monday, the violent storm spreads to almost all of Germany. Only Upper Bavaria around Munich is spared. Then on Monday, the hurricane is said to rage particularly in the southern half of Germany. The weather calms down somewhat in the north.

The experts from wetter.com warn: Germany is threatened by a similarly dangerous hurricane as Kyrill 2007: “There is danger to life! (...) Restrictions on public life must be expected throughout Germany. In addition, continuous rain including the risk of flooding is expected again. "

KYRILL was one of the worst hurricanes in decades - there were fatalities and enormous damage. Germany now faces a similarly dangerous hurricane. There is danger to life! The maps show the maximum wind gusts that are currently expected. Restrictions in public life must be expected throughout Germany. In addition, continuous rain including the risk of flooding is expected again. Our meteorologist @mr_regenflocke explains in detail in the 3-day weather forecast when it will be how violent. You can find this via the link in our bio. #weather # prediction #weather #forecast #information # spring air # winter2020 # februar2020 #wetterindeutschland #orkan #sonne #sturm #sturmserie #wochenende #sabine #tiefsabine

Update from February 7, 7:58 p.m .: People in Germany have to prepare for a hurricane and massive traffic disruptions for Sunday and Monday. In the regional and long-distance traffic of Deutsche Bahn , significant impairments are expected from Sunday evening, especially in northern and western Germany, the train said. "We recommend our travelers to move their planned trip to another day from Sunday, February 9th, 2020 to Tuesday, February 11th, 2020".

Rail customers can cancel their tickets for free on these days or postpone the journey. All long-distance tickets that are affected on the critical days from 9th to 11th February remain valid - and can be used from Saturday and until at least Tuesday, 18th February. Travelers can apply for a refund in the travel centers of the railways, DB agencies and on the Internet using the passenger rights form.

Weather in Germany: Meterologists in turmoil - fear of mega hurricane

Update from February 7, 4:40 p.m .: Cologne authorities are planning to close the area around Cologne Cathedral next Sunday due to the expected storm sabine, as the dpa reports. According to information from Bild.de, other tourist attractions remain tight on Sundays: These include the Cologne Zoo, the Forest Botanical Garden and the Drachenburg near Königswinter.

Weather in Germany - Many schools in NRW remain closed

Update from February 7th, 4:00 p.m .: Germany is already preparing for an emergency for the hurricane depression: Five North Rhine-Westphalian schools have decided to remain closed on Monday or only to offer emergency care. The municipalities of Kaarst, Rommerskirchen, Neuss, Korschenbroich / Jüchen and Grevenbroich are affected. As RP-Online reports, head of department Sebastian Semmler said: "As things stand, we cannot guarantee a safe way to school."

Update from February 7, 2:30 p.m .: "Everything that is not riveted and nail-proof in the open should be secured," warns the meteorologist Michael Bauer from the DWD to dpa. Anyone who has to leave the house should be prepared for the corresponding dangers. Even if the hurricane depth is not likely to reach the dimensions of Kyrill (2007) or Lothar (1999), something else will make it dangerous: this low has persistence and can extend into the Monday evening, reinforced by polar sea air that flows in on Monday and others Can bring thunderstorms.

First report from February 7th, 11:00 a.m .: What is coming ahead is already causing a stir in meteorologists: A heavy storm could hit all of Germany in the night from Sunday to Monday - the effects are likely to be felt especially on Monday morning in rush hour traffic. But the first signs of the storm could already be visible on Sunday afternoon: The German Weather Service is already expecting gale-force gusts of up to 100 kilometers per hour for western Germany. The gusts mainly come from the northwest - but on Monday night they will be felt all over Germany. At the latest on Sunday evening, items in gardens and on terraces should be removed or well secured - the weather * will go crazy!

Weather in Germany: Storm surge for the north - hurricane up to 140 km / h in the low mountain ranges

Meteorologists foresee two key areas for the approaching low: People on the North Sea have to be prepared for violent storm surges, they should also reach Hamburg. And while the whole country has to expect gusts of wind, Sabine will rage violently, especially in the low mountain ranges: According to the German weather service hurricane gusts of up to 140 kilometers per hour are possible, experts from Wetter.de even expect gusts of up to 160 kilometers per hour.

In addition, the north of Germany has to prepare for strong showers and local violent thunderstorms on Sunday evening. The Black Forest , the Bavarian Forest and the Allgäu have to reckon with continuous rain - it is possible that rivers will also burst their banks.

"Trucks in particular should head for the parking spaces at night on Monday," warn experts on Wetter.de - otherwise driving on motorways could become a gnawing course. It should be violent for all commuters on Monday morning - because the clean-up work is then by no means finished. Meteorologist Dominik Jung warns: "The hurricane winds could paralyze Germany!"

Falling trees, blocked railway lines and disabilities at airports * will not only significantly affect rush hour traffic. The meteorologist is also worried about one thing: So far it is unclear how long the gusts will last - they can rage for several hours. As a result of the severe weather situation, it cannot be ruled out that dangerous low margins form and locally lead to further weather chaos .

Meanwhile, the damage after the hurricane low in January is visible in Mallorca - among other things, the beaches are without sand. Weather experts sound the alarm: 2019 is facing a “catastrophic” summer 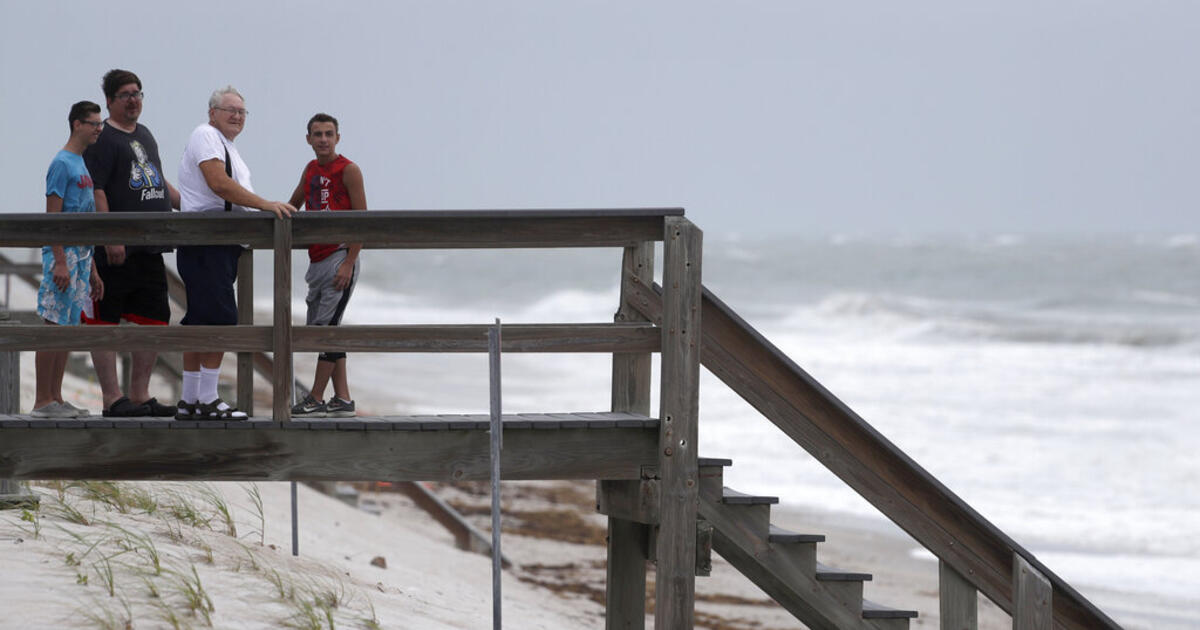 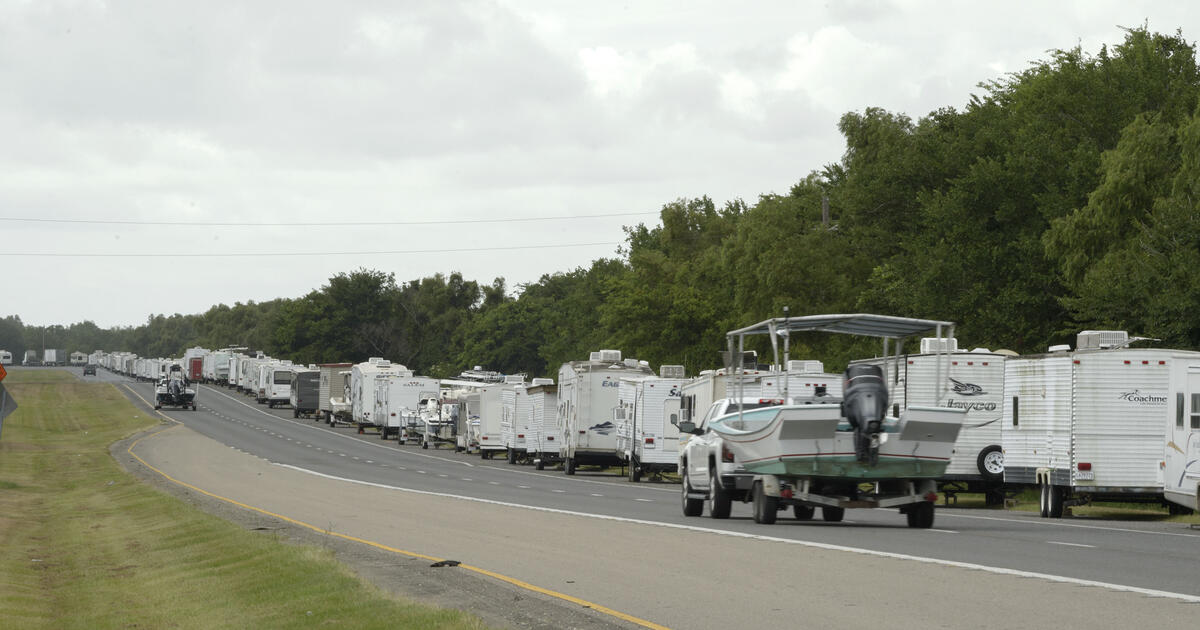 Weather warning for almost all of Germany - then it gets really bitter ...

The Cristóbal storm is already affecting strong winds in the southern United States.

Severe storms on Saturday: But the turning point is looming - experts even speak of the first heat wave 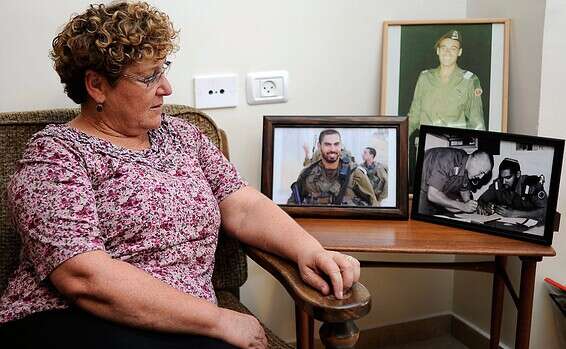 Miriam Peretz on capturing the terrorist: "This is not a day of joy" Israel today 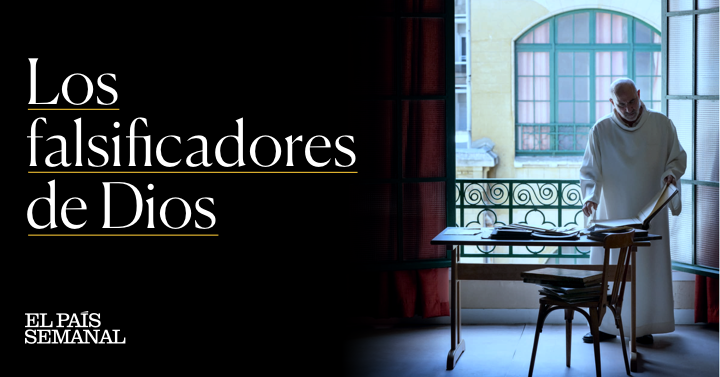 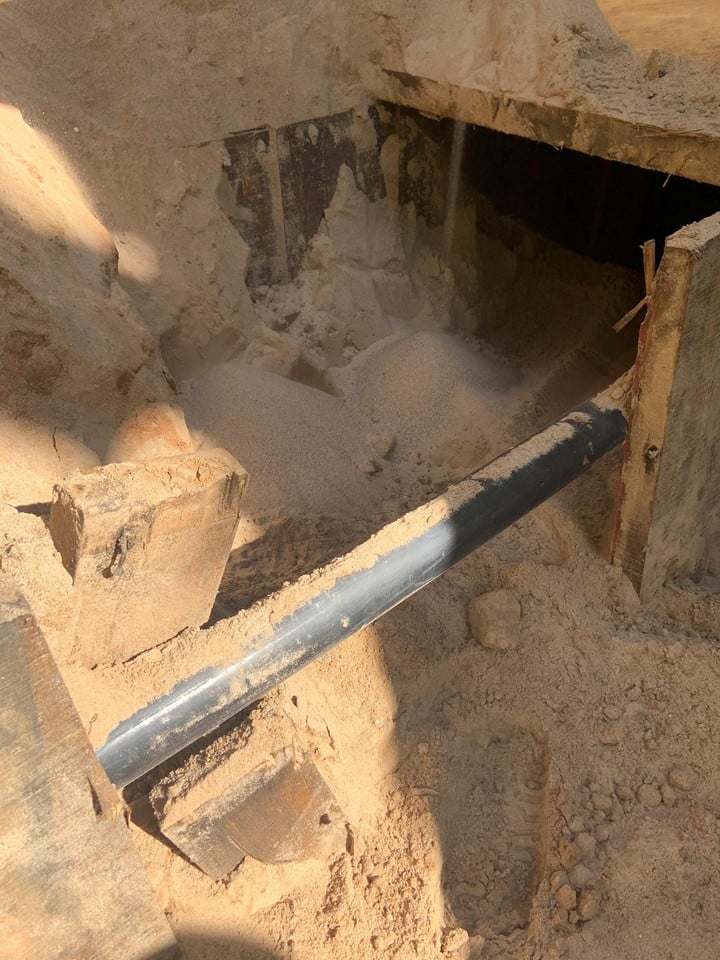 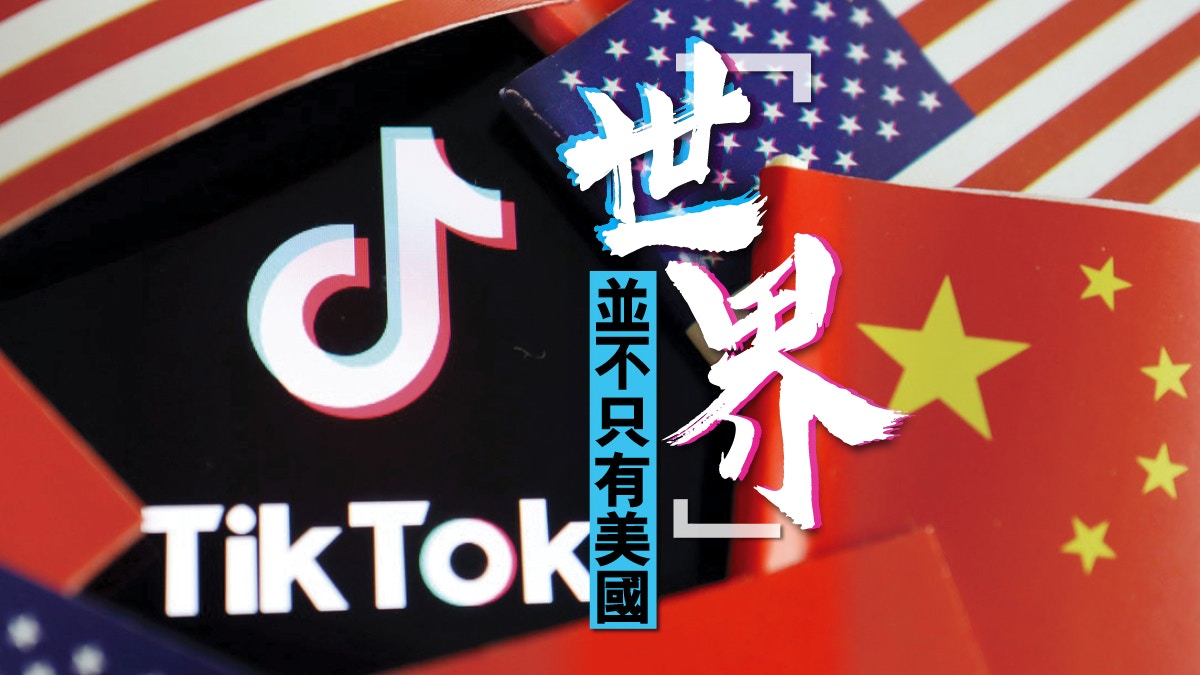 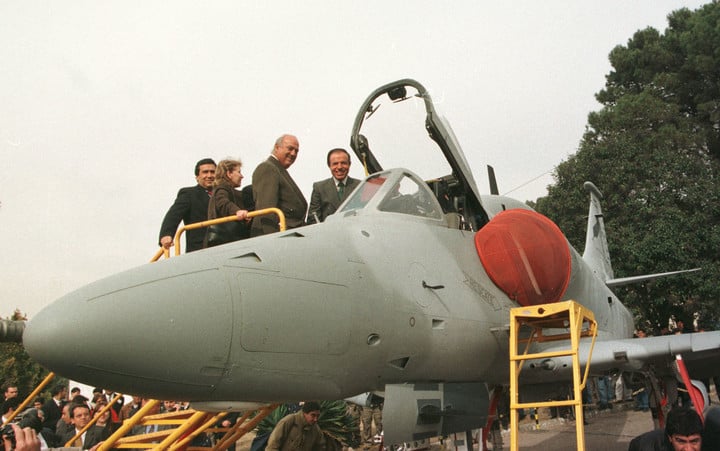 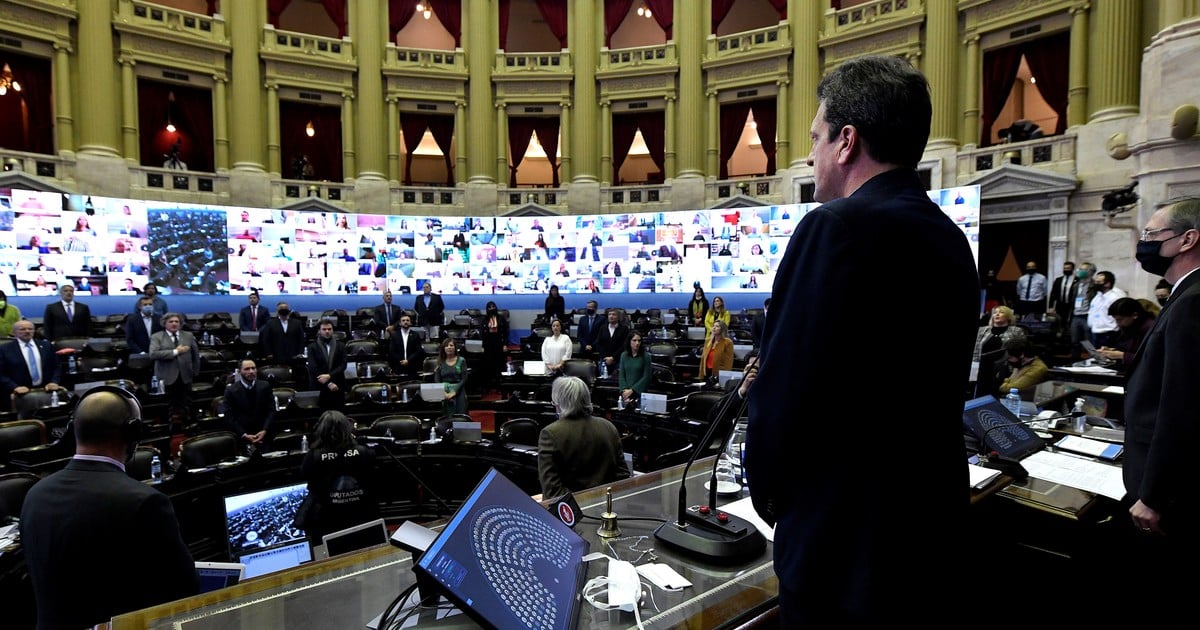 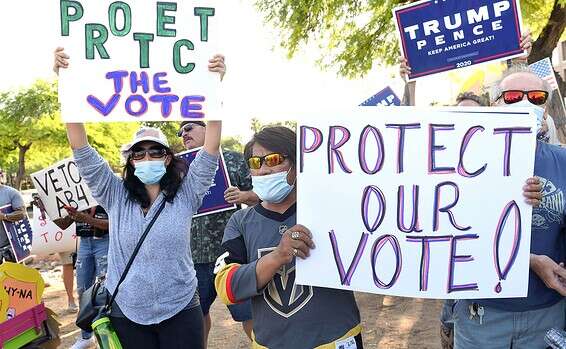 A Christian preacher claims that what is happening between Lebanon and Israel is another biblical sign of the end of the world - Walla! news
2020-08-09T21:31:39.292Z