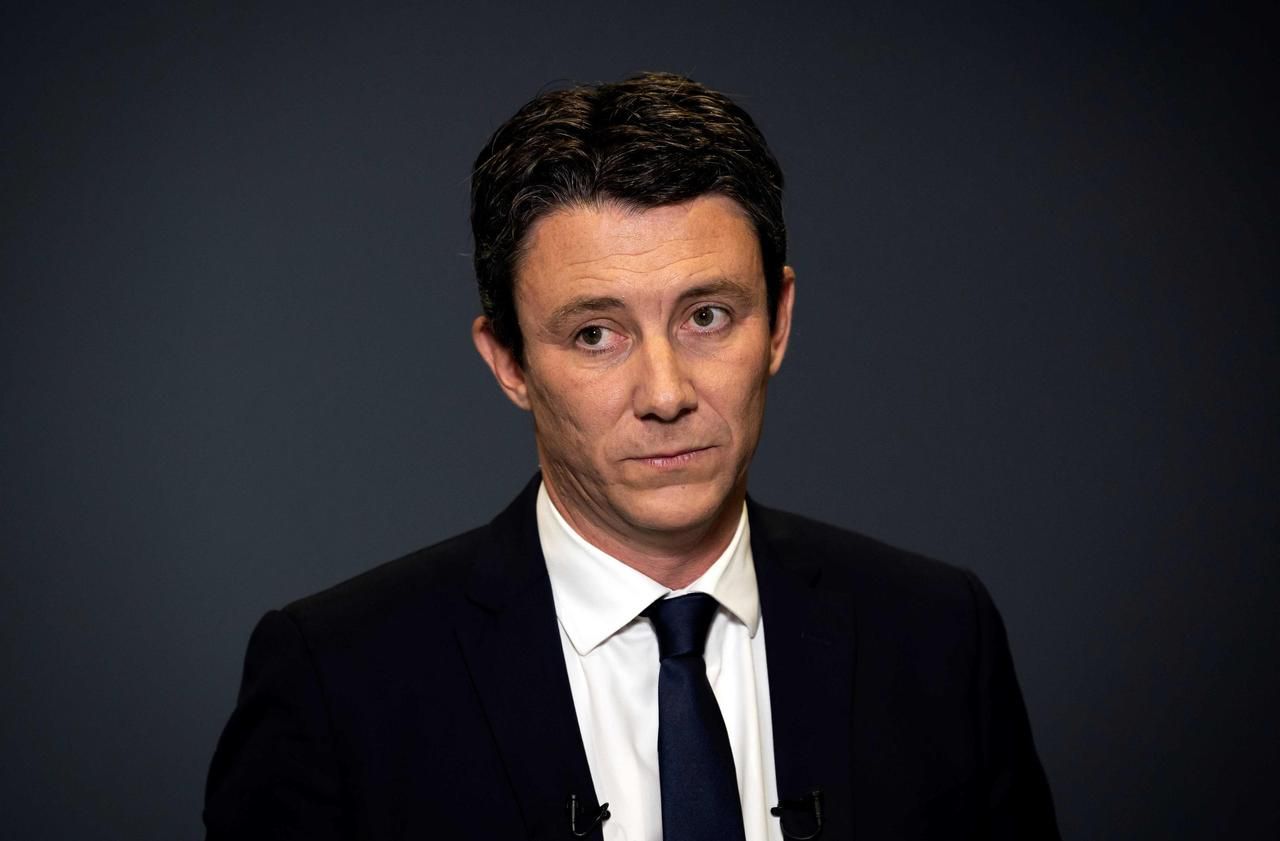 What do we know about the intimate videos that caused a thunderbolt in the middle of the municipal campaign and which caused Benjamin Griveaux to withdraw from the race for mayor of Paris? At the end of the day this Friday, the now ex-candidate had not expressed himself clearly on the authenticity of these images which are attributed to him. The Parisian takes stock.

What do these videos show?

It all starts on Wednesday, with the publication on an obscure pornographic site of an article devoted to Benjamin Griveaux. This site, registered last November in Canada, claims to denounce "civil servants and political representatives who lie to their voters by imposing Puritanism on society, while they despise it themselves".

The article in question devoted to Benjamin Griveaux describes him "as an exemplary father" and follower of "family values", citing interviews granted by the member for Paris to several media in recent years.

VIDEO. Benjamin Griveaux withdraws his candidacy for mayor of Paris

Other images are snapshots of messages written on Instagram. One of these discussions dating from May 2018 evokes an intimate video exchange carried out shortly before. The person who captured the phone screen on video then navigates to Benjamin Griveaux's Instagram profile page. The last photo posted by the deputy of Paris makes it possible to date the recording of the screen between January 26 and 28.

This article was published in three versions: one in Russian and two in French, one of which had the word "censured" added to the title. It is signed by a certain Piotr Pavlenski, also presented as being the creator of the site in the "About" tab. This Friday evening, the site was made inaccessible and displayed an error page, without us knowing why.

This "Piotr Pavlenski" does exist: he is a Russian activist and artist, who has had the status of political refugee in France since May 2017. As of Thursday evening, he claimed to Liberation to have written the text and shared the images on Benjamin Griveaux.

"I don't mind people having the sexuality they want, they can even kiss animals, no problem, but they have to be honest," he tries to justify. On Tuesday, he had offered the content to Mediapart, which had refused to publish it, the news site said.

A regular critic of Russian power, Pavlenski has had several media hits for several years. He notably sewed his mouth to defend freedom of expression in support of the Pussy Riot group in 2012, before attaching his testicles to the ground on Red Square, in Moscow, in 2013. Accused of sexual assault by a young Russian actress in December 2016, he fled to France by denouncing a coup mounted by the Russian authorities to harm him. It was there that he obtained political refugee status five months later. He has since lived in Paris. In January 2019, he was sentenced to one year in prison for burning down a branch of the Banque de France, Place de la Bastille, in 2017.

According to Mediapart, he was wanted by the French police since December 31 because of a violent brawl that occurred on the evening of last Christmas Eve.

What do we know about the person who claims to have received the messages?

We don't know much about the identity of the person with whom Benjamin Griveaux would have exchanged on social networks. On the screenshots, his identity is blurred.

Piotr Pavlenski told Liberation that he obtained these captures from a "source" who allegedly had a consensual relationship with Benjamin Griveaux. He refuses to specify how he obtained the video, arguing that this source was "protected". But it is unclear exactly where the images came from, or how they got there. This may be due to hacking or due to personal revenge or even a set-up.

How did the images spread?

After it went online on Wednesday, the article is initially not very shared. The big boost came the next day, at 6.15pm, when the deputy (ex-LREM) Joachim Son-Forget shared it on Twitter to his more than 60,000 subscribers. Contacted in the evening by Le Parisien, he denied any intention "to harm the candidate for mayor of Paris". Before him, only four Internet users had tweeted the famous link, according to a census that we established Friday afternoon from the messages still online.

Once Son-Forget's tweet is published, many accounts relay it. An anonymous post, published on Mediapart in the early evening Thursday before being deleted, ensures in particular that the "young woman who leaked these videos" would like "to remain anonymous" but that she would have "made it known that she was willing to give additional evidence "if Benjamin Griveaux were to" deny the facts ". The number of searches on Google with the keyword "Benjamin Griveaux" will explode overnight during Thursday to Friday.

What was the role of Juan Branco?

The lawyer, a fierce critic of Macronie, claims a role of "legal advisor" to Piotr Pavlenski, whom he is close to, before the famous video is put online. "We discussed together the risks involved as well as the legal framework, details the lawyer. I made sure that he was fully aware of the risks he was taking and that he was not acting impulsively. The author of the anti-Macron pamphlet "Twilight" also said that he helped the Russian activist "verify its source". "I checked the tangible items in his possession to make sure he didn't fall into a plot," he explains.

While the political class unanimously denounces an intolerable invasion of privacy and a nauseating climate, the lawyer counter-attacks on his favorite ground. "Yes, the climate is frightening when 10,000 people are arrested when they simply wanted to demonstrate and 25 people are counted dead," he says. "If, in such a climate, politicians have nothing to do but take offense at a violation of privacy, then we have an explanation for the serious crisis of representativeness that we are going through. They come to victimize themselves, I find it indecent, "he dares to the Parisian.

And the lawyer, who made himself famous by publicly revealing the homosexuality of Secretary of State Gabriel Attal, to also be threatening: "Given the elements in our possession, it is rather Benjamin Griveaux who exposes to legal proceedings. Because you can imagine that, if he resigned so quickly, it was because he was aware that it was not just that. "

How will Benjamin Griveaux react?

On the judicial level, Benjamin Griveaux let his lawyer orchestrate the response. The latter told the Parisian to consider filing a complaint after the dissemination of these images. But the whole question is who to aim for. “This video was posted on a clandestine site, without legal mention, hosted in North America (Editor's note, in Canada) and which we are told is linked to a Russian artist. Under these conditions, the question is as follows: who am I suing? Asked the penalist. A complaint seems in any case decisive to initiate legal action since the prosecution did not intend, Friday at the end of the day, to take initiative.

What are the risks of the people who published this content?

The act of voluntarily invading the privacy of the privacy of others is, depending on the circumstances, punishable by one to two years' imprisonment and a fine of between 45,000 and 60,000 euros. As these are sexually related messages, the maximum penalty is incurred.

“The judges will weigh the responsibilities of each other. The gravity is indeed not the same between transmitting these videos to a third person or bringing them to the attention of the public ", specifies the lawyer at the Paris bar Avi Bitton. The Minister of the Interior, Christophe Castaner, considered that the broadcasting of videos of a sexual nature should "obviously be continued". 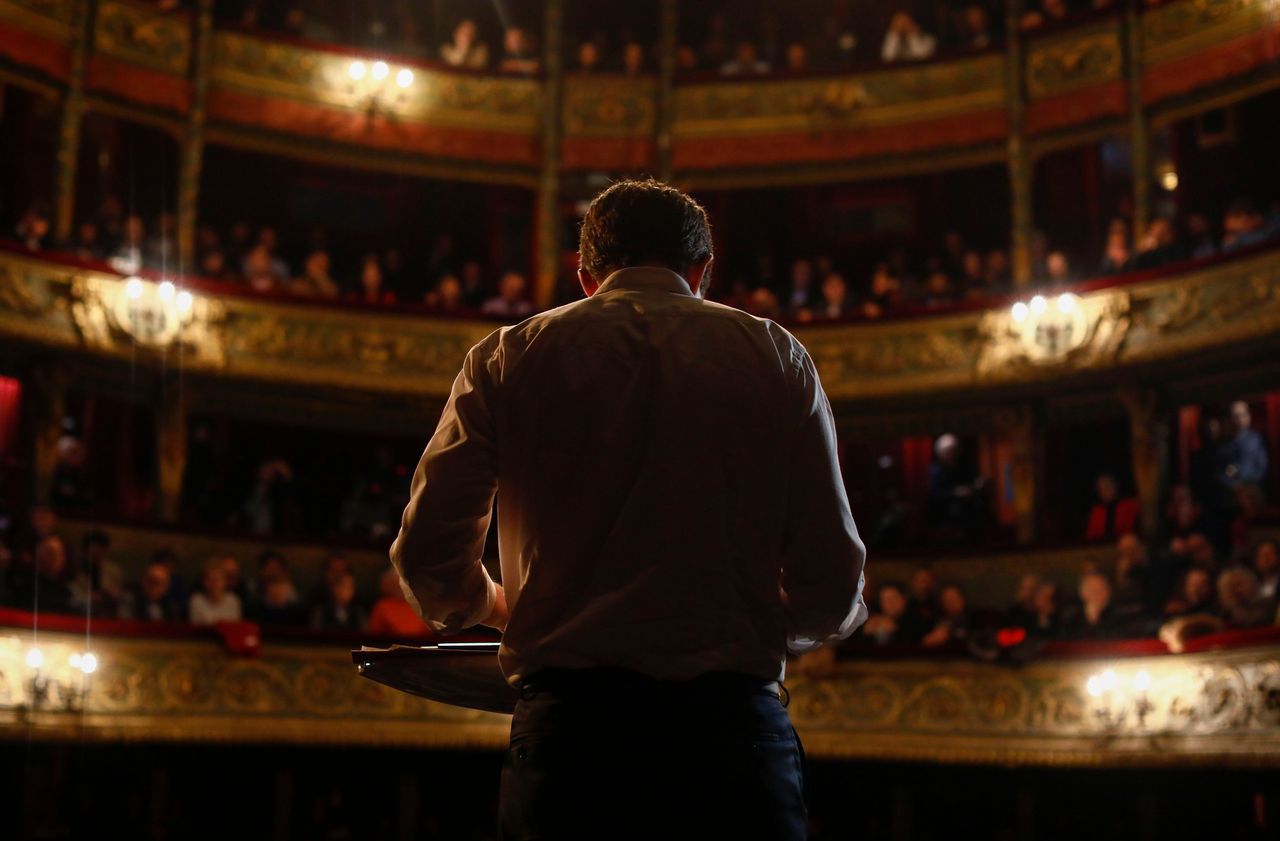 Benjamin Griveaux gives up: all shots are allowed 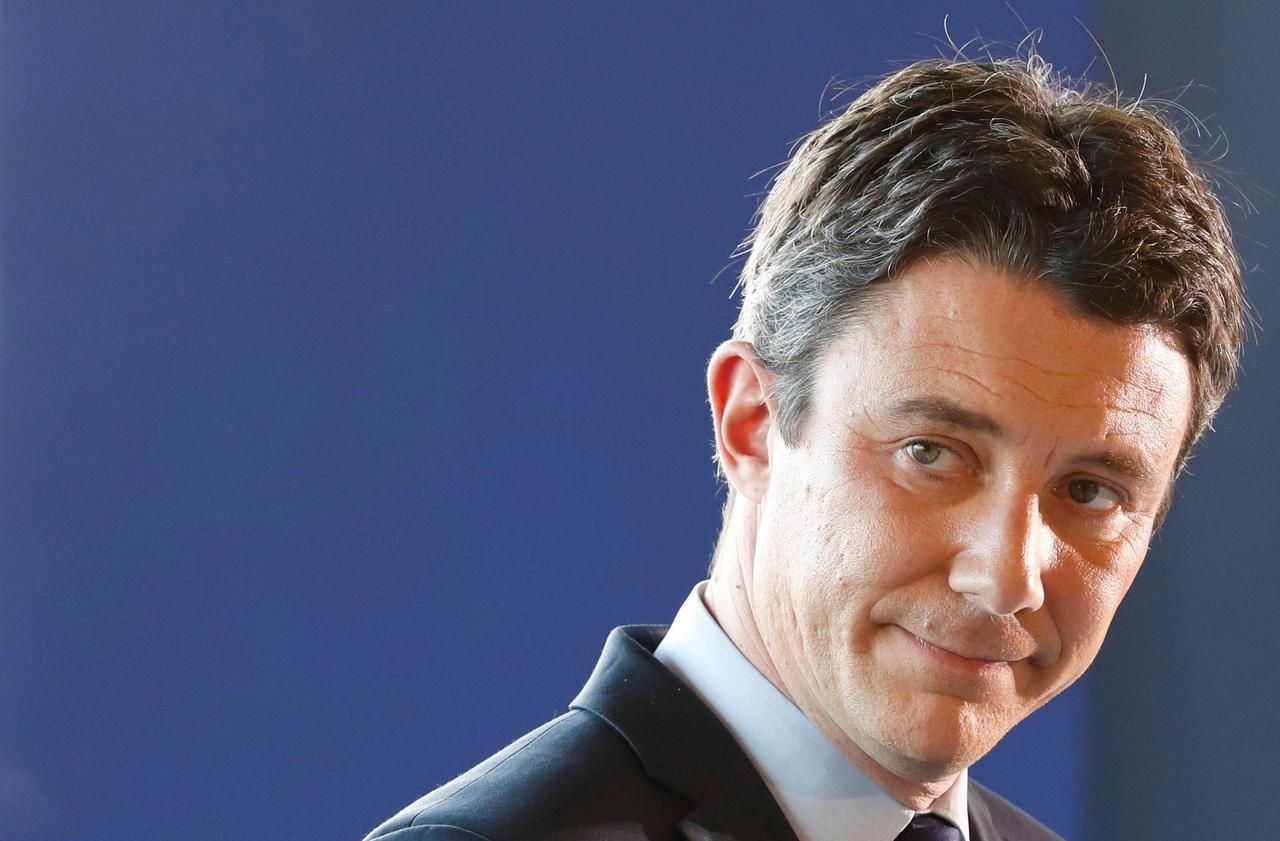 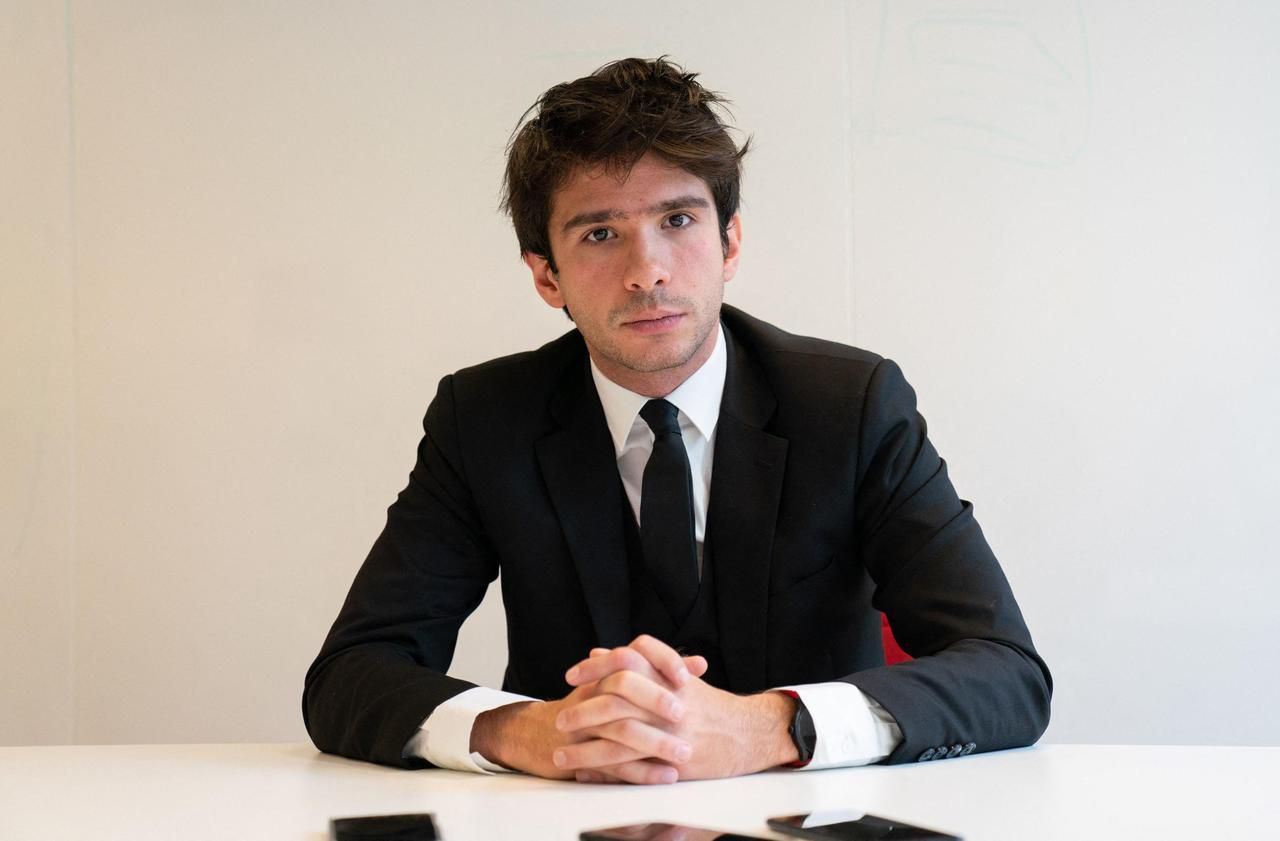 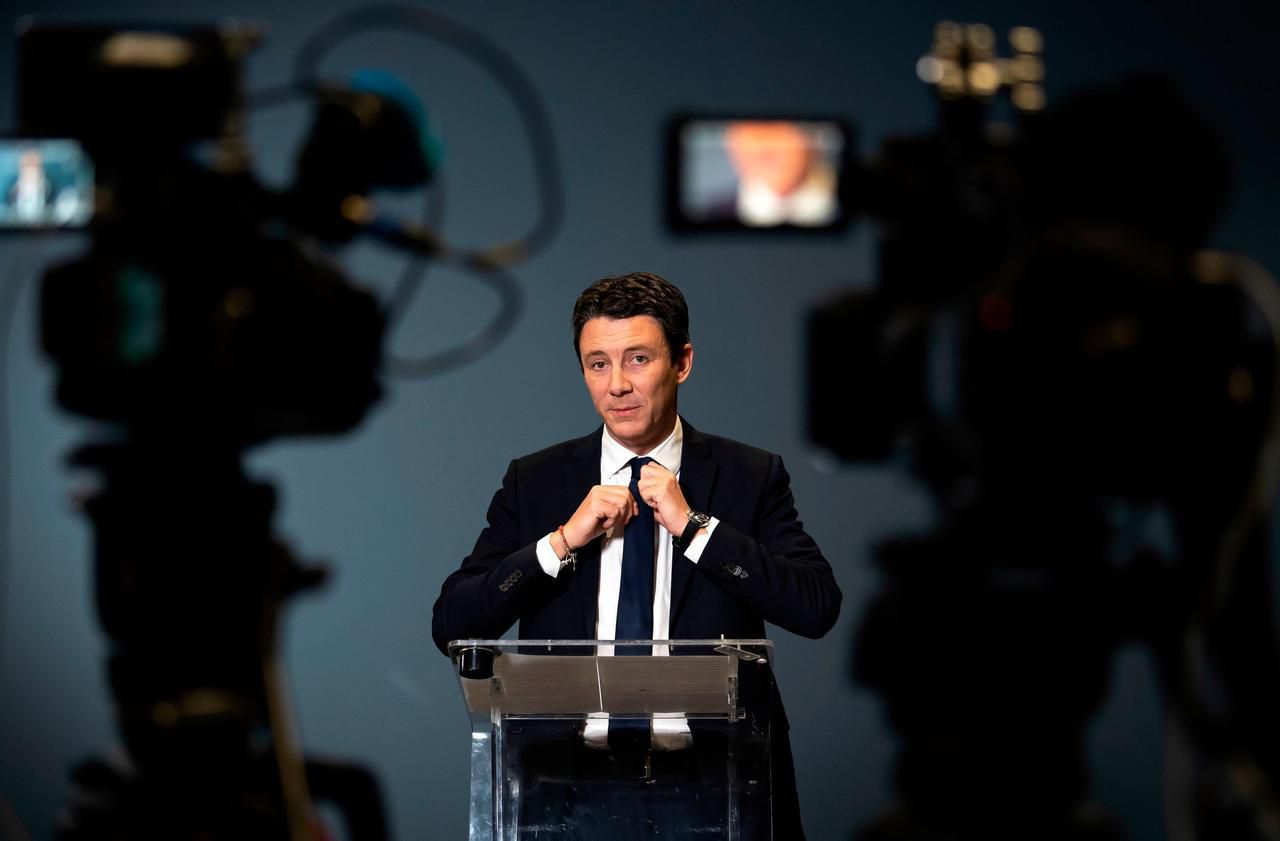 Griveaux affair: behind the scenes of a lightning bolt 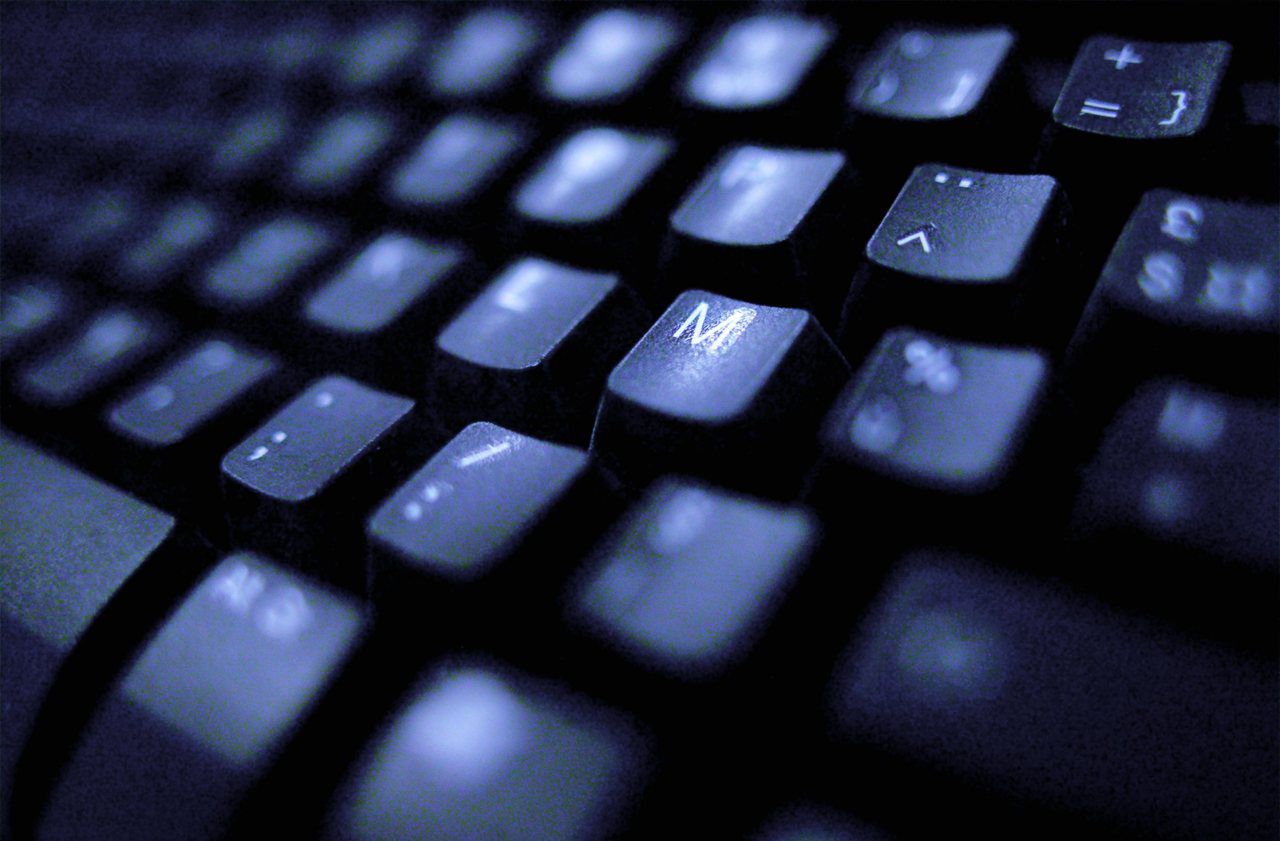 The phenomenon of "dick pics": "With the Internet, this can lead to dramas" 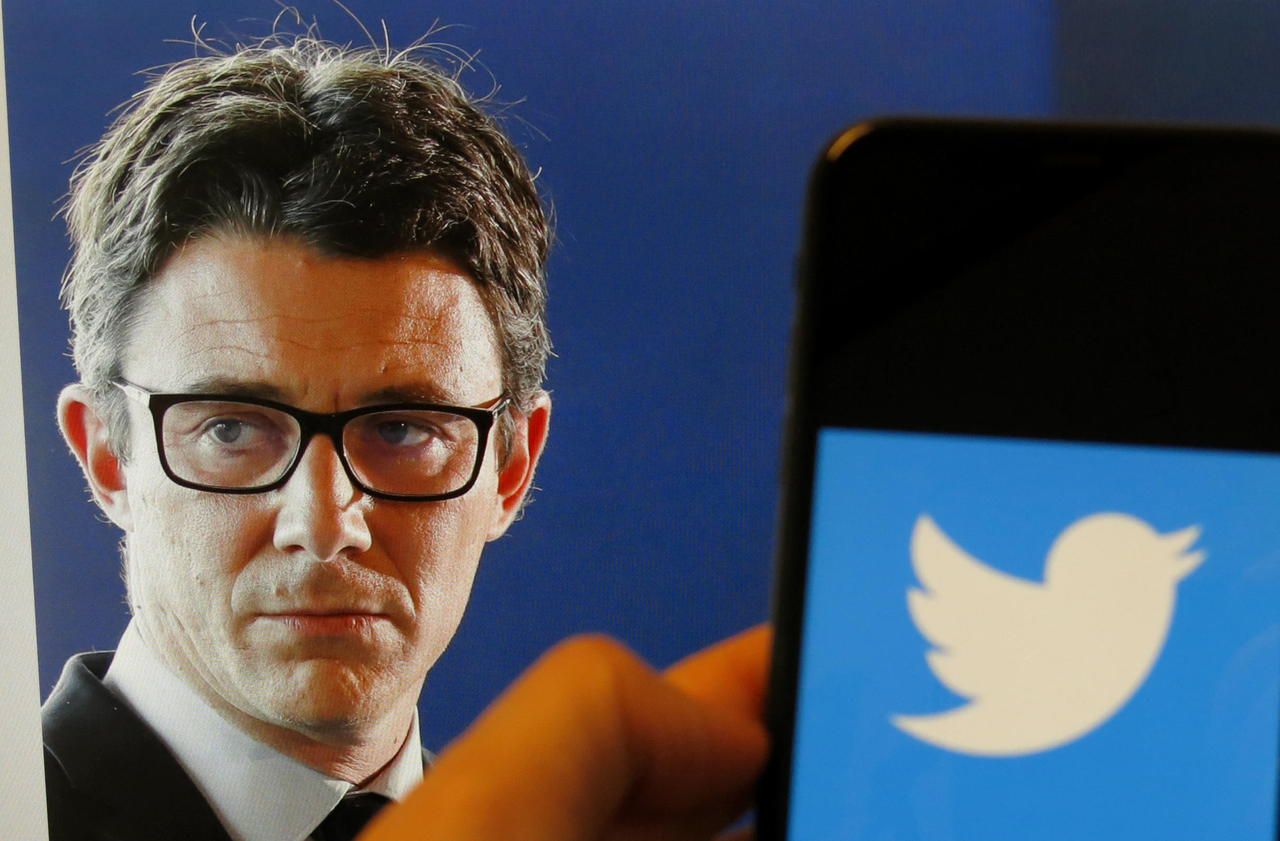 Griveaux affair: from online publication to renunciation, chronology of an express scandal 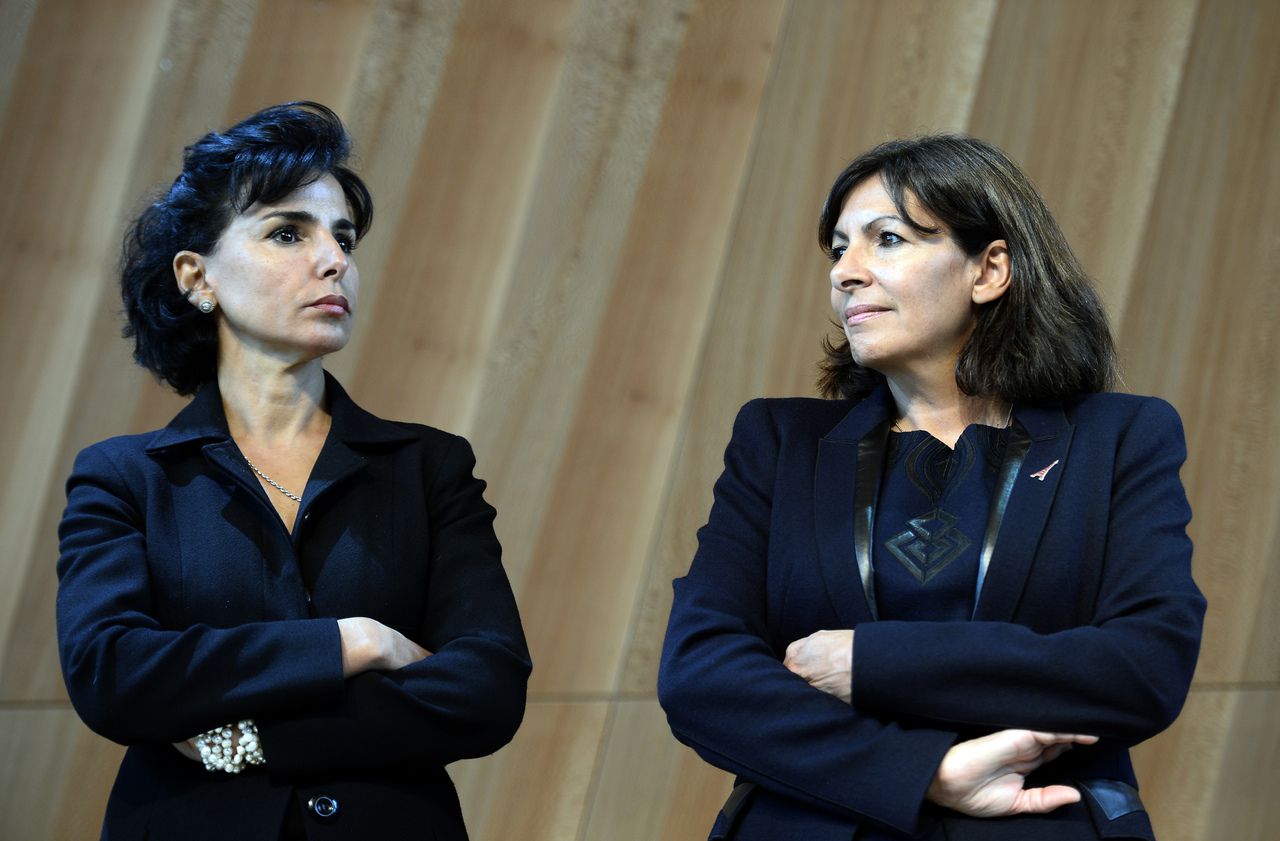 Griveaux withdrawal: his former adversaries in Paris call for respect for "private life"

Bennett: "We will extend the Bnei Brak model to other ultra-Orthodox cities"; Netanyahu: "Condemns Incitement Against the Haredi" Israel today
2020-04-05T16:18:54.146Z 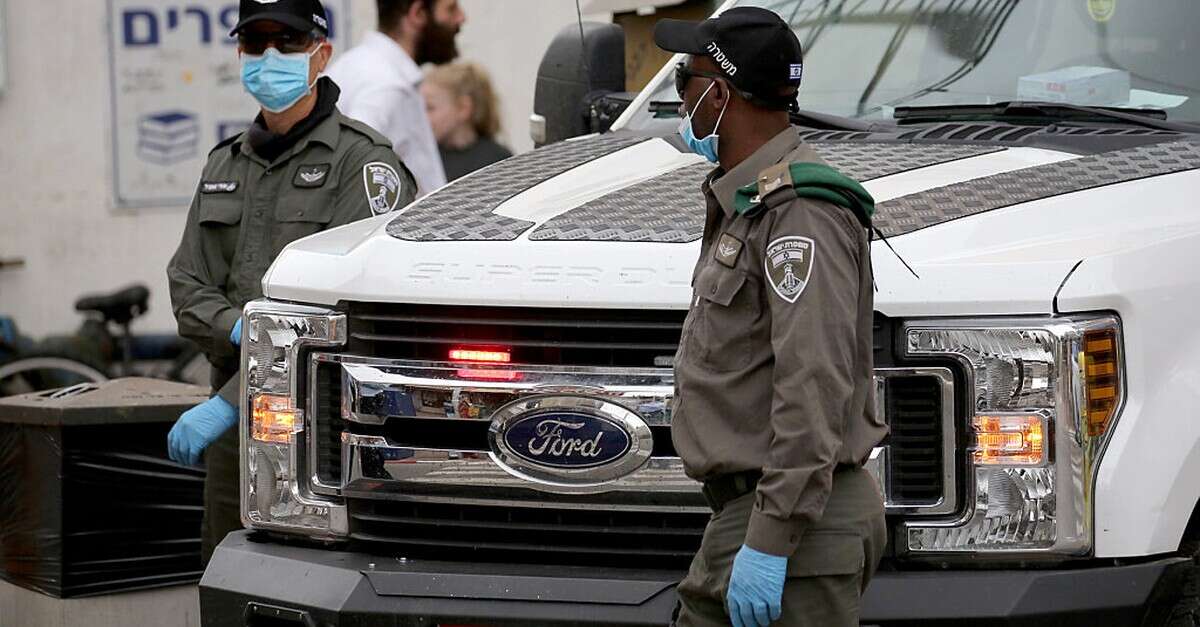 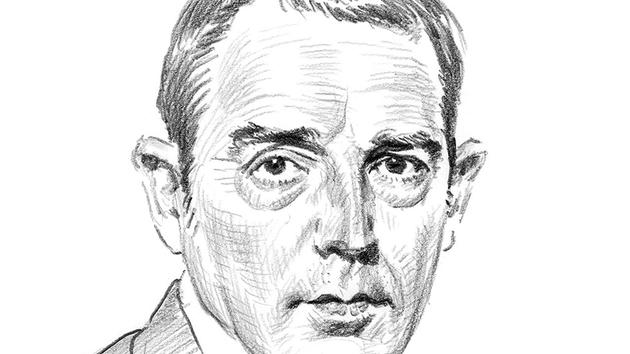 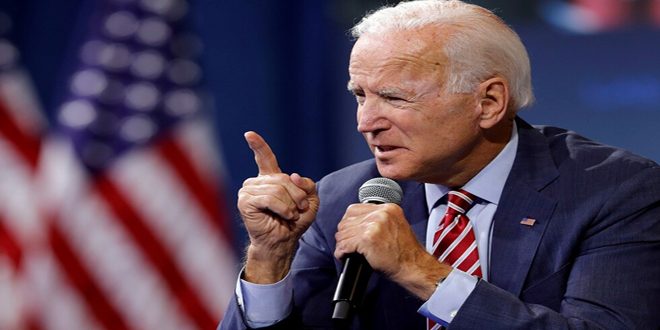 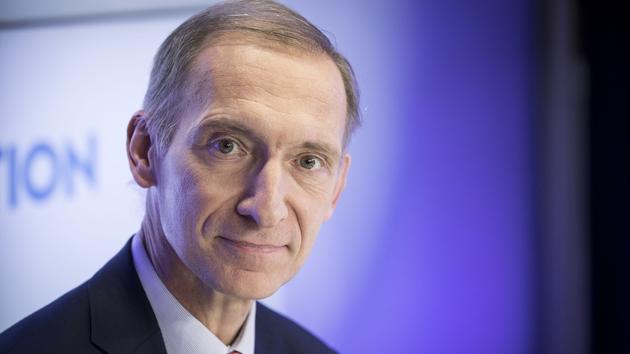 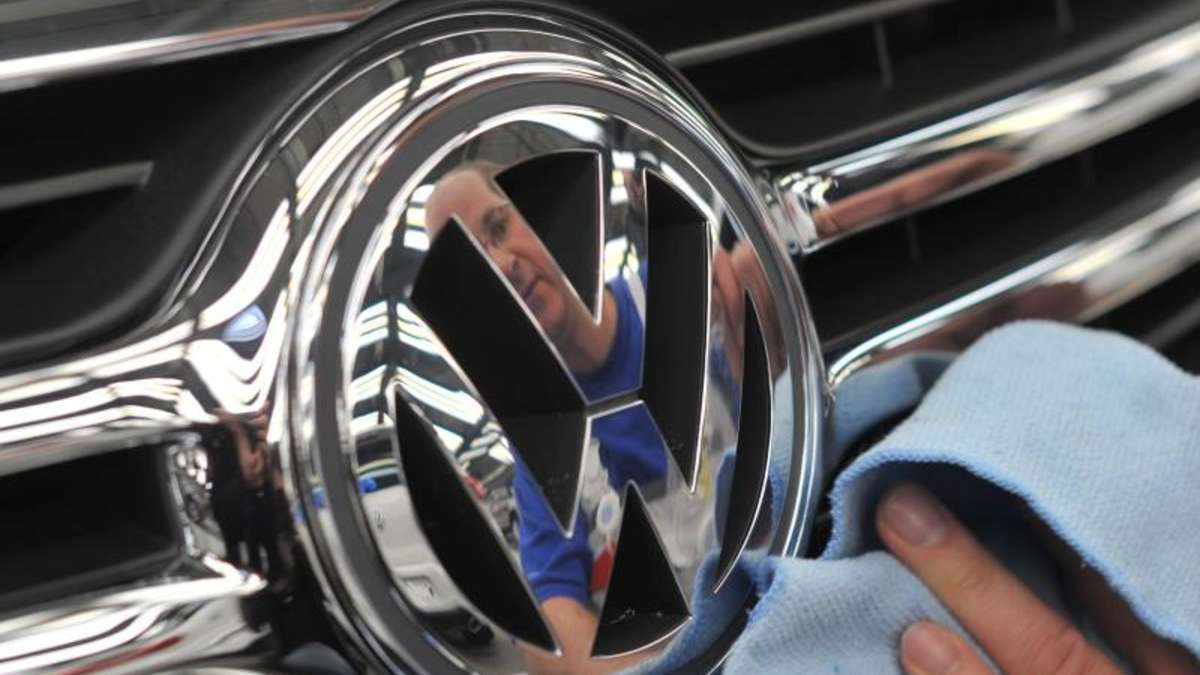 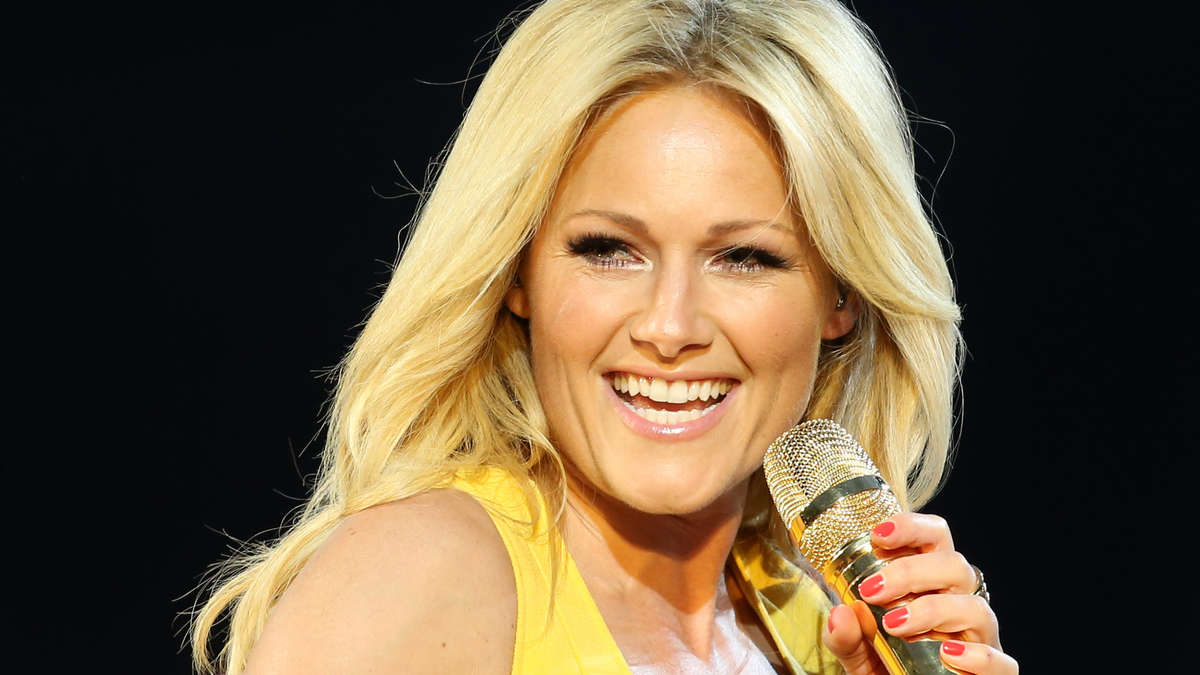