After the controversial Prime Minister election, Thuringia is in a political crisis. How can a government take office without being dependent on AfD votes? Former Prime Minister Ramelow makes an unusual proposal.

After the controversial Prime Minister election, Thuringia is in a political crisis. How can a government take office without being dependent on AfD votes? Former Prime Minister Ramelow makes an unusual proposal.

Erfurt (dpa) - To solve the government crisis in Thuringia, the left surprisingly proposed to temporarily use the former CDU Prime Minister Christine Lieberknecht as head of government.

The 61-year-old is said to form a "technical government" with three ministers for about 70 days - until a new state parliament is elected. Ex-Prime Minister Bodo Ramelow said on Monday evening after a meeting of the Left Party, CDU, SPD and Greens in Erfurt that he wanted to open a path that was acceptable to everyone and was non-partisan as a "contribution to stabilizing the country".

He assured himself that he would not run for prime minister for the time being. The country now needs a government that is capable of acting. At the same time, the 64-year-old made it clear that he will again be the top candidate for the left in new elections.

If the parliament approves new elections with the necessary two-thirds majority, then there is 70 days according to the state constitution. According to Ramelow's plan, Lieberknecht should solve the most important tasks in Thuringia with "a minister of justice, a finance minister and a head of the state chancellery". Linke, CDU, SPD and Greens want to talk about the advance again today.

The parliamentary groups in the state parliament have been looking for a way out of the political crisis for almost two weeks. The trigger was the debacle in the Prime Minister election on February 5. That day, the election of FDP politician Thomas Kemmerich, with votes from the CDU, FDP and, to a large extent, the AfD as prime minister, caused a political earthquake. The 54-year-old resigned three days later. Since then he has been managing director without a minister until a new prime minister is elected.

Thuringia's left-wing leader Susanne Hennig-Wellsow tweeted a schedule for Ramelow's advance. Accordingly, the state parliament should dissolve at the beginning of March and new elections decided. Afterwards, the state government with Lieberknecht at the top would be deployed. Afterwards, a new government is to be formed following new elections. The left again started with Ramelow as the top candidate, she emphasized.

Thuringia's head of the SPD, Wolfgang Tiefensee, welcomed Ramelow's advance. "This is a very good proposal," said Tiefensee. "Great respect for Bodo Ramelow for withdrawing himself, clearing the way for a technical government."

The negotiating group of the Thuringian CDU parliamentary group reacted cautiously. "We believe that the most important thing is that at the end of a process, the AfD cannot become stronger than it already is," said Thuringia's CDU Vice President Mario Voigt. The CDU had previously signaled that it was not interested in new elections. The background should also be that, according to surveys, it has lost a lot of favor with voters. Now she wants to talk about Ramelow's proposal in her committees, Voigt announced.

Even the Greens were initially not enthusiastic about Ramelow's push. They continue to prefer the variant "that an effective government under Bodo Ramelow is quickly established," said state spokeswoman Ann-Sophie Bohm-Eisenbrandt.

The 61-year-old Lieberknecht was head of government in Thuringia from 2009 to 2014 and at that time led a coalition of the CDU and SPD. After the state elections in 2014, the SPD opted for an alliance with the left and the Greens. This led to a change of power, even though the CDU remained the strongest parliamentary group at the time. Lieberknecht has been said to have a good relationship with Ramelow for many years.

Ramelow had always emphasized recently that he would once again stand for a prime minister election if he had an absolute majority without AfD votes - this requires at least four votes from the CDU or FDP. At the same time, he had proposed that, after his election, he would clear the way for orderly new elections - if possible after an agreement on the state budget for 2021, in order to keep Thuringia capable of acting until a state election.

60 of the 90 votes are needed to dissolve the Thuringian state parliament. Red-Red-Green has a total of 42 votes, the CDU 21 and the FDP 5. After the debacle over the election of Kemmerich, the left has increased significantly according to polls in the favor of voters, while the CDU and FDP have dropped significantly.

The SPD member of the Bundestag Karl Lauterbach wrote on Twitter that Ramelow was clearing the way for a "liberation strike" in Thuringia. "Now there should be new elections after a transition period, so that clear political conditions emerge. The CDU must no longer block government formation or new elections."

The Thuringian crisis is now escalating completely: Lieberknecht shoots against their CDU

Election drama second part: What can happen in Thuringia

The Thuringian crisis is now escalating completely: Lieberknecht shoots against their CDU 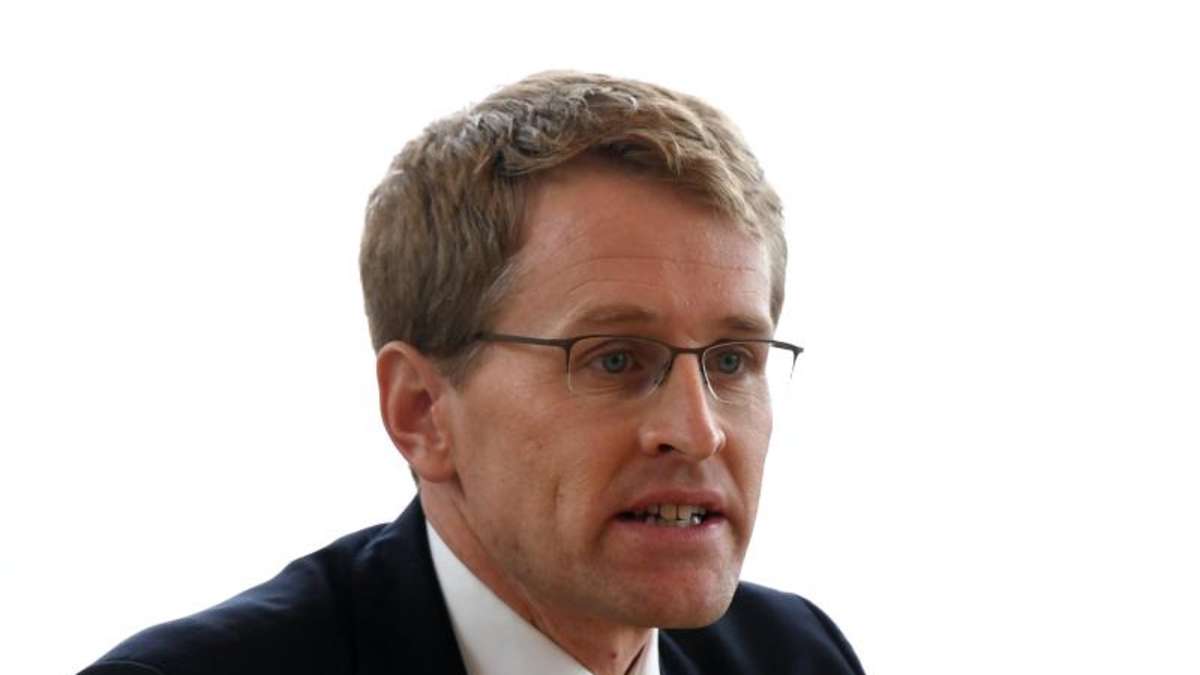 Günther on the future of the CDU: rely on Merkel in the election campaign