India's prime minister is rolling out the red carpet for Trump. The US President is said to be welcomed by thousands of cheering Indians. Trump wants to strengthen relationships - also to keep China in check.

India's prime minister is rolling out the red carpet for Trump. The US President is said to be welcomed by thousands of cheering Indians. Trump wants to strengthen relationships - also to keep China in check.

Ahmedabad (dpa) - It should be a colorful visit with cheering crowds: US President Donald Trump begins a state visit to India today to promote a stronger alliance between the two major democracies.

To kick off, Trump and Indian Prime Minister Narendra Modi want to speak to around 100,000 people in a new cricket stadium. The performance in the western city of Ahmedabad in the state of Gujarat is themed "Namaste Trump" (Hello Trump). In addition to the speeches, numerous singing and dance performances are also planned. Trump will be greeted with artistic performances and thousands of passers-by on the route from the airport to the stadium.

Trump seemed to be looking forward to the reception and was already spreading superlatives in advance. "Some people say (it will) be the biggest event in India they have ever had, which is what the Prime Minister told me," Trump said before the trip. "Seven million people" are expected from the airport to the stadium, he said of the visit to Ahmedabad - although this corresponds more to the entire population of the city. "It will be very exciting," said Trump. The performance will take place in the "largest stadium in the world".

Trump wants to underline the importance of the partnership with India - the world's most populous democracy with around 1.3 billion inhabitants - with his visit, a senior US official told journalists. The connection between the states is based on "common democratic traditions, common strategic interests and the continued solidarity of our peoples," said the official, who could not be named.

The United States sees democratic India as an important counterbalance to the drive for expansion of the Chinese communist leadership, which is increasingly seeking military and political dominance throughout Asia. The United States is therefore also committed to a strong Indian military that is committed to "peace, stability and a rule-based order in the Indo-Pacific region," said the official.

After the appearance in Ahmedabad, the US President and First Lady Melania were to fly further to the northern city of Agra, where they wanted to visit the famous Taj Mahal at about the time of sunset. The stately white marble mausoleum directly on the Yamuna River is a Unesco World Heritage Site. For Tuesday, political talks and a meeting with entrepreneurs are planned for Trump in the capital New Delhi. Trump's visit will then end in the evening with a state banquet hosted by Indian President Ram Nath Kovind.

According to the US government, Trump also wants to promote tolerance and the maintenance of religious freedom in India when talking to Modi. He wanted to express his concern about recent developments, it said. This meant a controversial naturalization law enforced by modes, which critics believed discriminated specifically against Muslims. That is why there have recently been protests against Modi's Hindu nationalist government. Muslims are India's largest religious minority. They make up around 14 percent of the population, around 80 percent are Hindus.

Trump also wanted to promote a trade agreement with the emerging emerging country in India. Despite ongoing talks, there has been little progress recently. 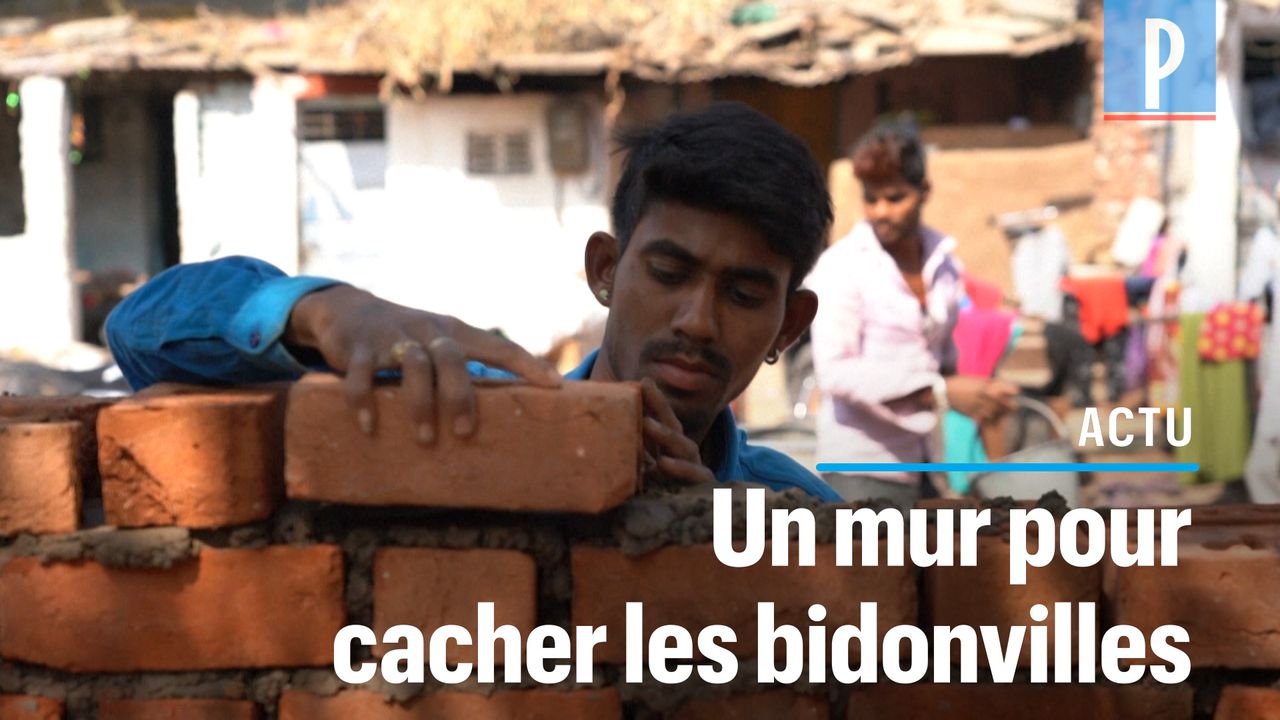 VIDEO. They build a wall to hide a slum during Trump's visit to India 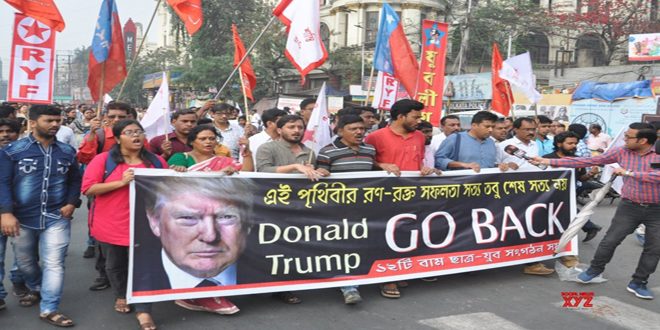 Demonstrations in India against Trump's visit 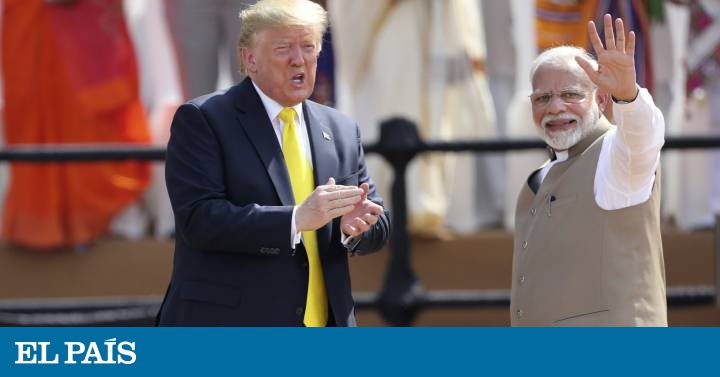 The US underpins its alliance with India

Trump to visit India on February 24-25