The president of the Holland America cruise line, which operates two ships carrying four dead and dozens of patients believed to have coronavirus, warned on Tuesday that more people could die if the boats were not allowed to dock in Florida.

Read also: Coronavirus: Costa extends the suspension of its cruises around the world until April 30

"Four passengers have already died and I fear more lives may be at risk," wrote Orlando Ashford in an open letter to local newspaper Sun Sentinel. "As of March 30, 76 passengers and 117 crew members" of the Zaandam, one of the two boats, "were suffering from flu-like illnesses, eight of which tested positive for Covid-19," he said.

"These are unhappy souls who were unintentionally caught in health, political and border restrictions that quickly swept the world," he added. "Nations have rightly focused on the Covid-19 crisis they are going through," he said. "But they turned their backs on thousands of people who were drifting at sea." "What happened to compassion and solidarity with your neighbor?"

The cruise ship Zaandam and its assistant ship Rotterdam, sent to its rescue to separate passengers into two boats, want to dock Thursday at Fort Lauderdale, 50 kilometers north of Miami.

But local authorities have spoken out, and Florida governor Ron DeSantis said on Monday that he did not want "contaminated people" on board the ships.

Read also: Coronavirus: 4 dead on board an infected liner, more than 100 French on board

His main argument is that the counties of Miami-Dade and Broward, where Fort Lauderdale is located, concentrate 60% of the more than 5,000 cases of coronavirus in the state and need hospital teams to care for their residents. Florida cannot allow "non-residents to be dumped here ... to use our precious resources," he said.

"We have the right equipment"

Meanwhile, William Burke, vice president of the Carnival company, which operates Holland America, presented Tuesday to the authorities of the county of Broward an action plan for the possible disembarkation of passengers and crew.

He offered to transfer the symptomless passengers, many of whom are currently traveling in Rotterdam, to flights to Europe and the West Coast of the United States, and to continue caring for those who are sick. edge of the Zaandam, until they heal.

"We have several artificial respirators, additional oxygen, we have the right equipment," he said, adding that he also has doctors and nurses. He added that 11 coronavirus tests had been done and that nine were positive.

Broward County authorities are expected to make a decision on the mooring of the vessels on Tuesday, in cooperation with the port authorities.

According to Orlando Ashford, there are 1,243 passengers and 1,247 crew members on the two ships, which are sailing across the Caribbean without a safe destination after several Latin American ports have denied them assistance.

The Zaandam left Buenos Aires on March 7 with around 1,800 people of several nationalities on board, bound for Chile. It crossed the Panama Canal this weekend and is expected to arrive off Florida Wednesday evening or Thursday.

Coronavirus: Canadian and British passengers on Zaandam to be evacuated 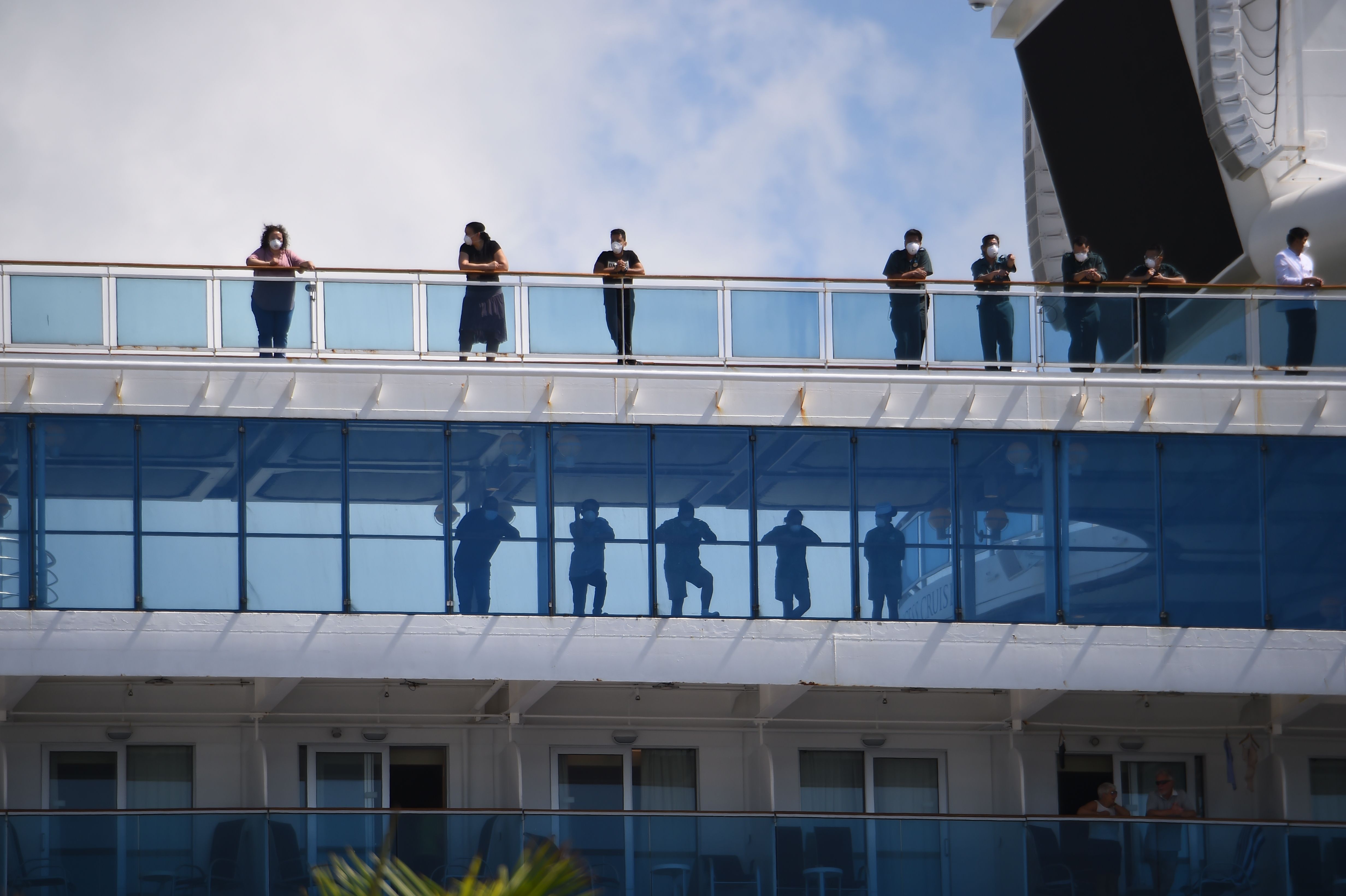 Coronavirus: the liner Coral Princess with 2 deaths on board docked in Miami

Another ship with cases of Covid-19 sails to Florida