The effect of the pandemic is the concentrated, acute effect of what the climate crisis produces at a much slower rate. Scientists and teenagers urgently ask to change the way we live 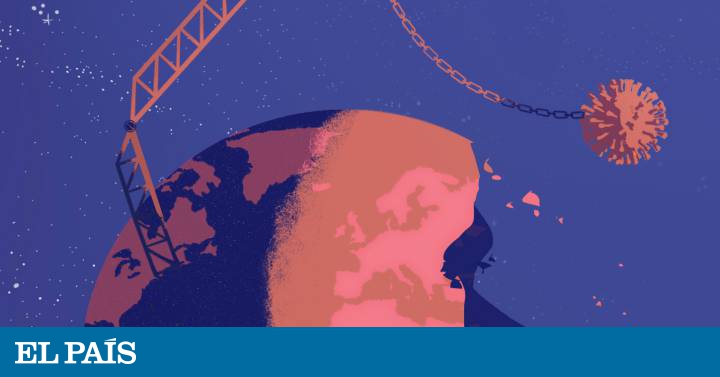 At first it was the virus. Coronavirus. In less than two months after the first death, he crossed the world aboard our bodies that fly on planes. It has become ubiquitous on the planet, but as invisible as certain gods to human eyes. A part of the global population has shut themselves up at home, schools and shops have closed their doors, ardent defenders of health insurance share campaigns to strengthen public health, landlords demand answers from science, neoliberals have been seen crying out : "Where is the State? Where is the State? " Through the windows of Facebook, Twitter, WhatsApp and Instagram, people decree: the world will never be the same.

It will not be. But perhaps it will still be quite similar. In addition to our survival, what is in dispute right now is what world we will live in and what humans we will be after the pandemic. These responses will depend on how we experience the pandemic. The aftermath - the post-world war of our time - will depend on how we choose to live the war. It is not true that in war you cannot choose. The truth is that, in war, choosing is much more difficult and the resulting losses are much greater than in normal times. In war, we have two personal paths that determine the collective: to be better than we are or to be worse than we are. This is the permanent war that each one waged behind closed doors today.

If we use the word war, we must carefully observe the enemy. Is it the virus, that creature that only follows the imperative to reproduce? I think not. The virus has no conscience, it has no morals, it has no choice. We will have to overcome it in our bodies, neutralize it to restart what we call the other world that is to come. However, everything indicates that other pandemics, other mutations will occur. The way we live on this planet has made us victims of pandemics. The enemy is us. Not exactly us, but capitalism that subjects us to a deadly way of life. And, if it subdues us, it is because, with more or less resistance, we accept it. We must change the way of living. Our society has to become another.

The impasse that the pandemic imposes on us is not new. It is the same one that put us, years, decades ago, the climate emergency. Scientists - and more recently adolescents - repeat and shout that the way we live must be urgently changed or we will be condemned to the disappearance of part of the population. And whoever survives will be doomed to a much worse existence on a hostile planet. All the scientific information indicates that it is necessary to stop devouring the planet, that consumption patterns must be radically changed, that the idea of ​​infinite growth is a logical impossibility in a finite world. It is a proven fact that humans have become a force of destruction.

The effect of the pandemic is the concentrated, acute effect of what the climate crisis produces at a much slower rate. It is as if the virus shows us what we will soon experience. Depending on global overheating levels, we will reach a stage where there is no going back, no vaccine, no antidote. The planet will be another.

As the climate crisis is slower, it has always been possible to pretend that it did not exist, reaching the paroxysm of choosing denialists such as Jair Bolsonaro, Donald Trump and all the known panda of destroyers in the world. The virus does not allow to pretend. The entire illusion that the world is controlled by humans has been dissolved in record time. And humanity has finally discovered that there is a world beyond itself, populated by others that can even destroy our species. Others we can't even see. In our dominant species fury, we extinguish many life forms. And then the virus arrives, which is not interested in giving us any message, only deals with its own affairs, and shows us: you humans are not alone on this planet nor do you have the control that you think you have.

However, the die is not cast. It is not only the future that is in dispute, but also the present. Isolated at home, people begin to do what they did not do before: see, recognize, take care of themselves. Right now, when it has become much more difficult, it seems that it is easier to reach the other. Whoever created the concept of "social isolation" failed reasoning. What we have to do - and that part of the global population is already doing it - is "physical isolation," as sociologist Ben Carrington pointed out on Twitter. What is happening today is the exact opposite of social isolation. It has been a long time since people all over the world socialized as much, as the applause to the health personnel from the windows of different cities of the world shows, music, poetry and also the caceroladas that the Brazilians organize to shout “get out! ! ” the president who has put his population in danger. Finally, humans have discovered that they can use their cell phones to get to know each other, instead of isolating each other in their device on tables in bars and restaurants.

I think the beauty that remains in the world is precisely that the luck will not be cast while we are still alive. The virus, which ripped us all off the site, regardless of the political pole, is there to remind us of that. The beauty is that a virus has suddenly given humans back the ability to imagine a future in which they want to live. If the pandemic passes and we are still alive, when recomposing the humanities we can create a society capable of understanding that the dogma of growth has led us to this moment, that any future is about ceasing to exhaust what we call natural resources, and that the natives call mother, father, brother.

The future is in dispute. Tomorrow, sooner or later, we will know if the dominant minority of humanity will continue to be the atrocious and suicidal virus, capable of exterminating its own species destroying the planet-body that hosts it. Or if we will stop this destructive force by reinventing ourselves as a society capable of sharing the planet with other species. In common sense, we will know if what we are experiencing is the genesis or the apocalypse. Or just the reissue of our invincible ability to adapt to the worst, adhering to the saving speeches that have enslaved us so many times.

The Covid-19 pandemic has revealed that we are capable of making radical changes in record time. The social approach with physical isolation can teach us that we depend on each other. And so we must unite around a global common that protects the one house we all have. The virus, which also inhabits this planet, has reminded us of something we had forgotten: the others exist. Sometimes they are called coronaviruses.

Eliane Brum is a journalist and writer.
Translation by Meritxell Almarza.
This is a version of the article published in EL PAÍS América. 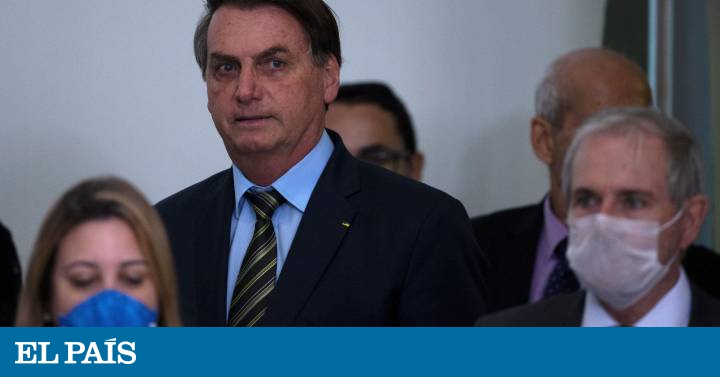 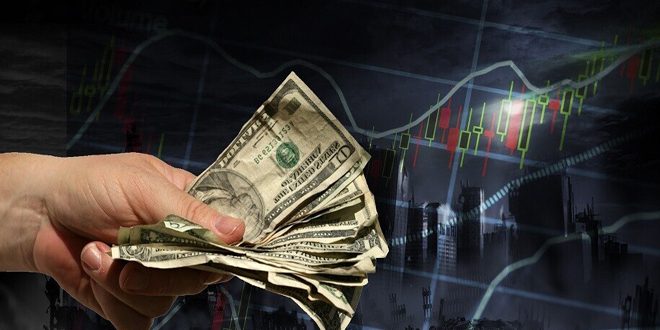 Corona virus is pushing the US economy toward collapse 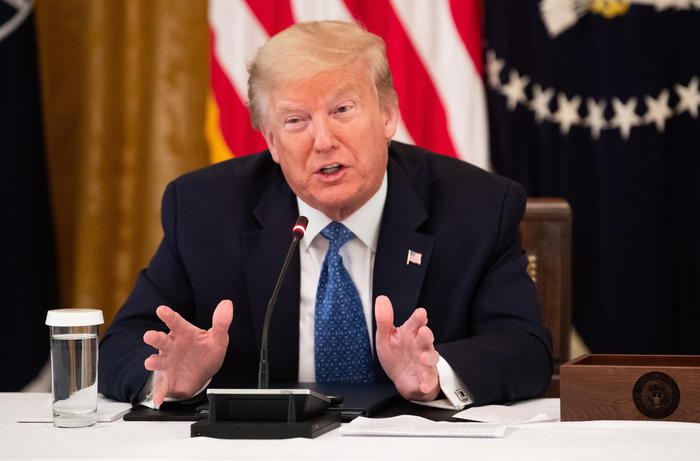 Trump, US virus record is an honor 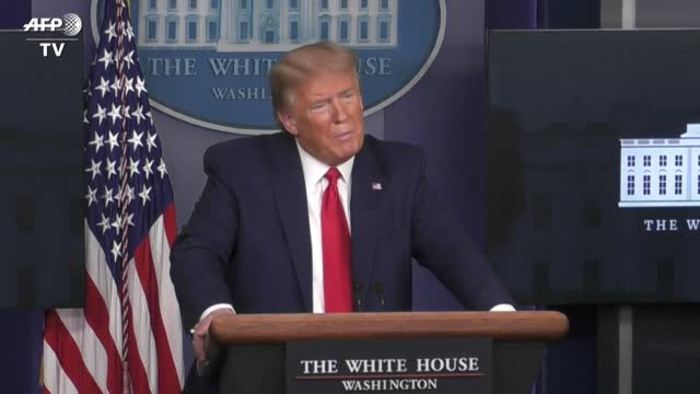 China replies to Trump: "The virus is the enemy, not us" - World 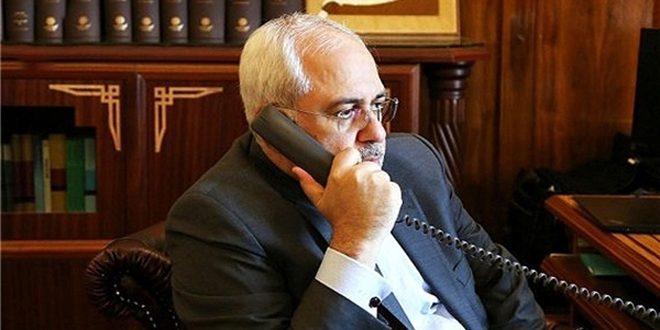 Iran: The US embargo is a major obstacle to tackling the Corona virus Corona virus in the US: Trump's real opponent is not a democrat 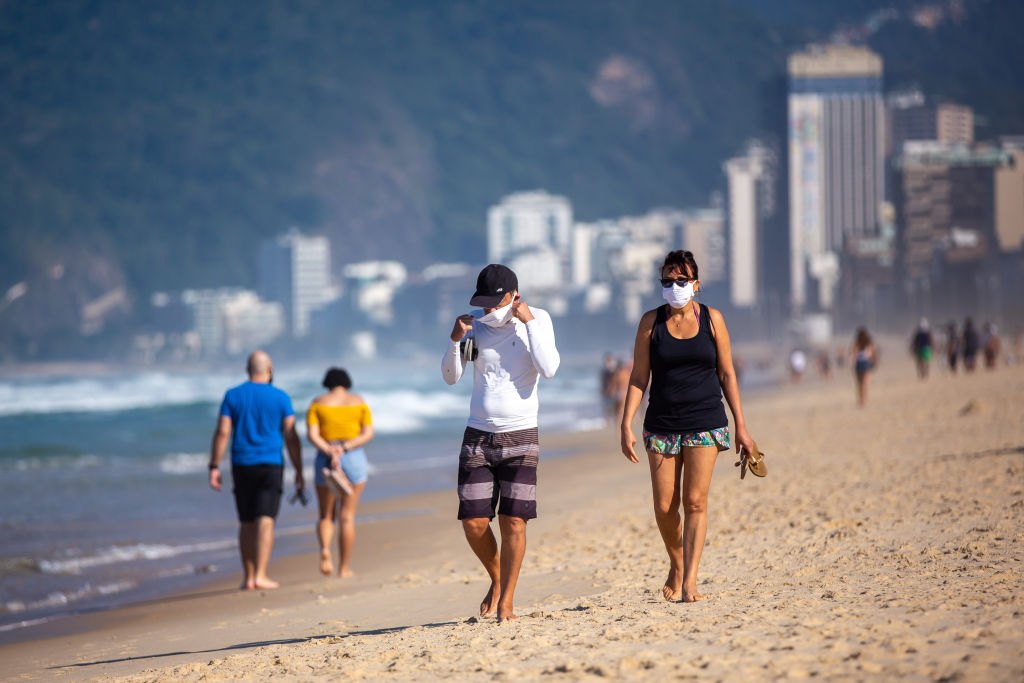 Netanyahu Environment Rejects Claims of Dysfunction: Warn We Will Open and Close According to Morbidity Data | Israel today
2020-07-07T17:08:12.031Z 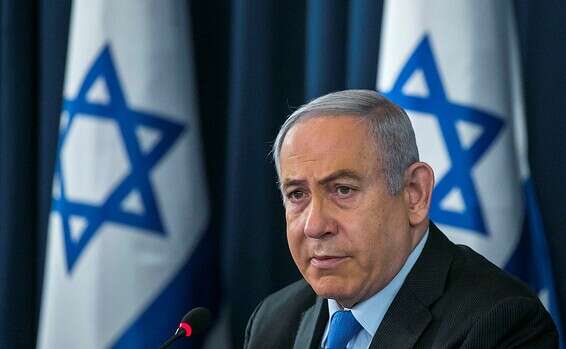 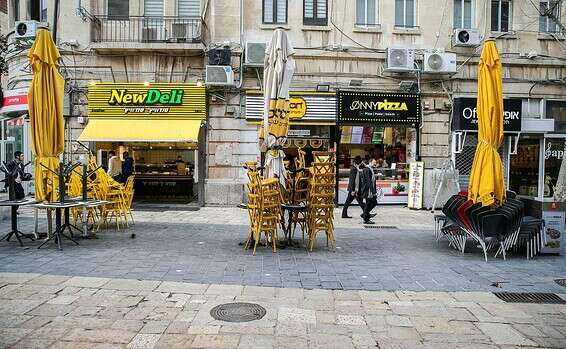 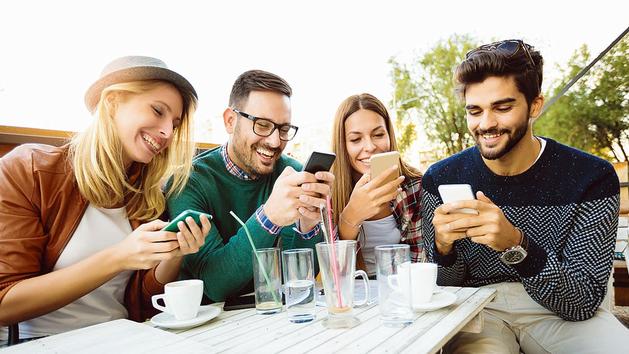 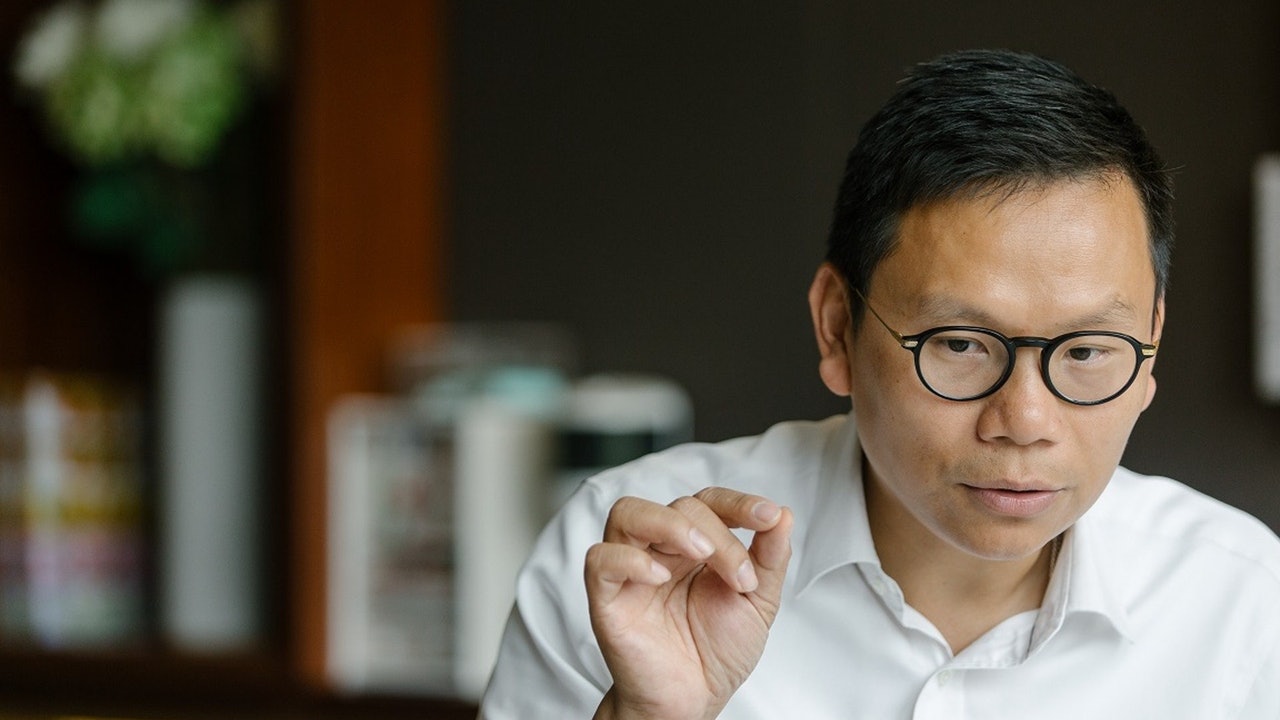 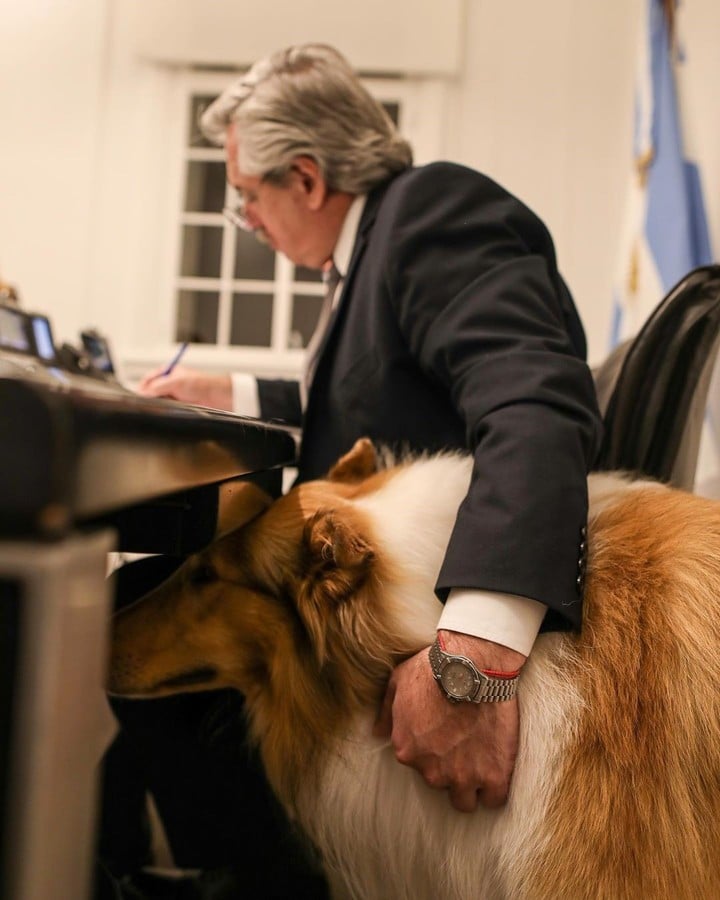 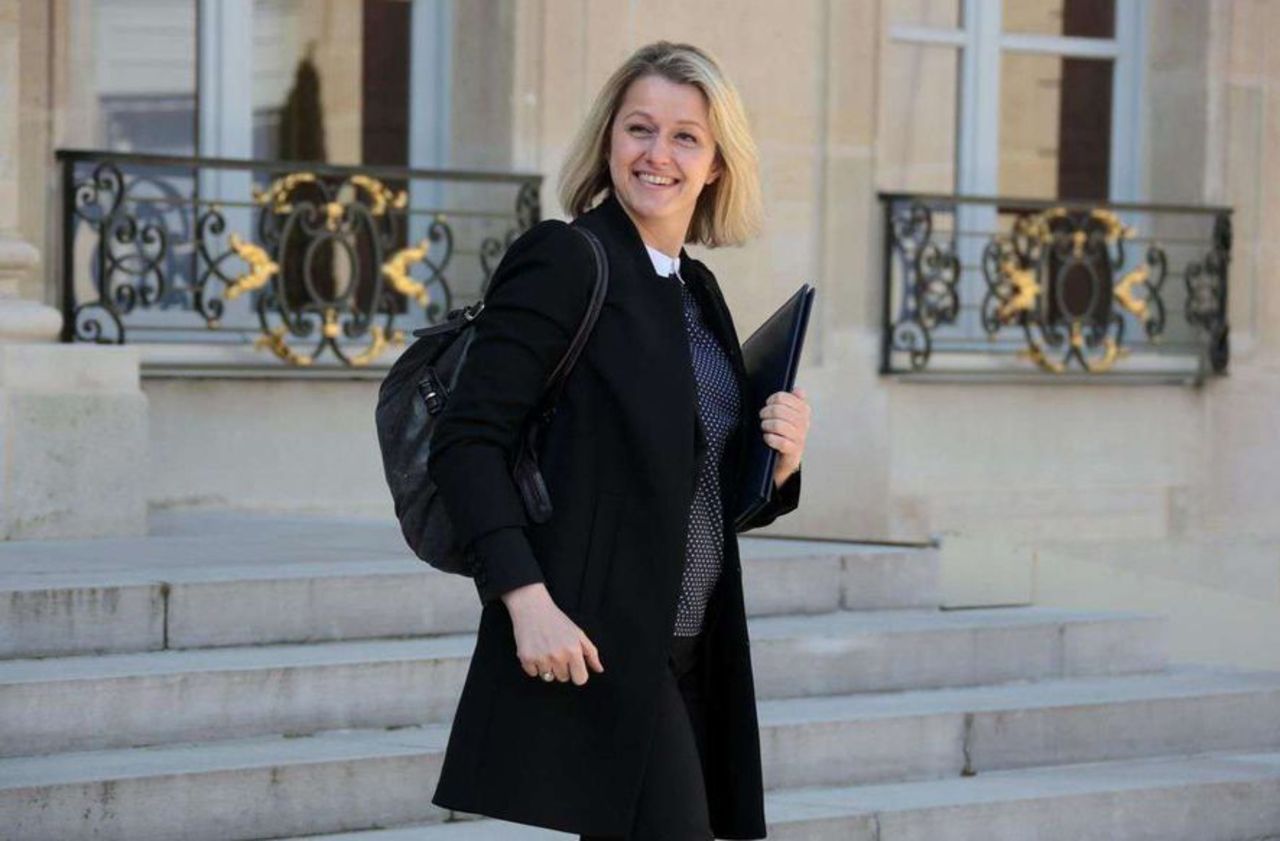