On a sailing cruise: Odyssey in the Aegean

The hair in the wind, salty air in the nose, always close to the water: A sailing cruise through the island world of the Cyclades is a great experience. But when the meltemi blows in storm force, every passenger is put to the test. 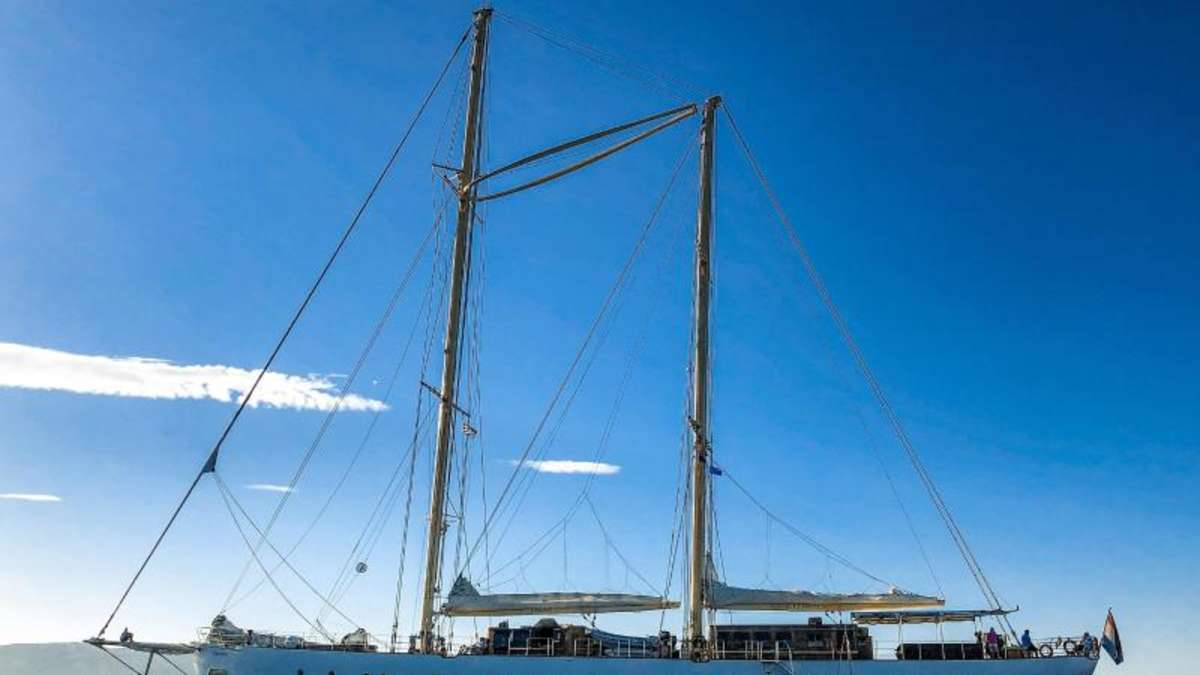 The hair in the wind, salty air in the nose, always close to the water: A sailing cruise through the island world of the Cyclades is a great experience. But when the meltemi blows in storm force, every passenger is put to the test.

Because of the Corona pandemic, traveling will not be possible for an indefinite period - but there is nothing wrong with worrying about your next vacation. How about a sailing cruise in the Aegean, for example?

Even before leaving, it becomes clear that this is a cruise in the literal sense. The wind doesn't determine the route, but it does determine the basic conditions. "He's from the northwest, we have to go northwest," said Chronos captain Niko Göttert, 53. "I don't think I can make a reliable commitment for the next ten minutes all week."

One thing is certain: The small sailing yacht will take the 22 guests on board to the port of Porto Rafi near Athens in the next few days, it will go through the Cycladic islands. The starting point of the cruise is Santorini with its whitewashed houses.

Göttert, 53, flew to the island the day before. He spontaneously took over the helm of the "Chronos" from a colleague and is now in command of the ten-man crew.

The two anchors are lifted. In strong winds, one would not be enough to keep the 54-meter-long ship in place. Göttert completes the first part of the day's stage under motor. It goes very close to the steep coast of Santorini.

As soon as the "Chronos" leaves the calm waters inside the crater, the conditions change. A strong northwest wind blows the caps off the first passengers' heads. One disappears in the sea. The crew is now hoisting three sails. As soon as they are set, the ship's inclination changes: it tilts dramatically with the wind and remains in this position.

Due to the strong headwind, the speed appears to the passengers faster than it actually is. The daily goal is becoming more and more unattainable. Göttert heads towards the small Cyclades and finds a sheltered berth in front of a pebble beach just before sunset.

Wind from the front and sun from above

With increasing darkness, the wind subsides, a typical feature of the Meltemi, as the captain describes. The Meltemi blows from the mainland of Greece towards Crete in the summer months from April to October. Then the weather is always clear and the view clear. Niko's face is bright red after a day.

Deep blue sky is also announced for the following day. It seems that the Meltemi wants to reach its maximum in September this year. "It usually wanes at this time of year," explains the captain.

The sun rises behind the island of Keros when the first passengers bathe in the turquoise sea. During this trip, the floating hotel is on the water all week.

The conditions are becoming more demanding

"The weather service reported 22 knots of wind speed for today," reveals Göttert at the morning briefing. After a short shore excursion, he wants to get going quickly.

Getting to Porto Rafti on time is becoming increasingly difficult due to the strong wind. The passengers on board decided to go on a sailing cruise to be under sail - but also to visit various islands. Instead, the longest part of the day consists of sailing itself due to the adverse conditions. The more the ship tilts in the wind, the more the mood threatens to tip over. Therefore, the captain decides to stop for a swim off the island of Donousa.

Small waves are piling up even in the sheltered bay. "With such a strong wind, your head already looks like a sail and you drift off," warns Göttert.

An unfortunate accident in the water

A couple is brave enough to swim - but then the anchor loses its hold. The ship drifts. The two swimmers float in the opposite direction. The crew immediately recognizes the seriousness of the situation. The two bathers are already two hundred meters away when the chase begins. After a few minutes they both reach the bathing stairs. You get away with the terror. Swimming trips are canceled. The odyssey continues.

The on-board instruments now report 54 knots of wind. You can hardly sit on the upper deck. There is only food below deck. The cook seems to have no problem with the swing and the inclination. He is open all day in his galley. The Canadian takes care of passengers and crew all by himself.

The god of the wind turns up again

The night is short because of the harsh conditions. The Meltemi whistles a creepy song between the ropes of the sailing ship. The anchors no longer manage to hold the boat in the morning. Departure. Only two sails are up, halfway up.

The wind whistles over the mountains of the island of Tinos and then sinks down. These so-called fall winds provide one or two additional wind strengths. The on-board instruments measure wind force ten. Fittingly, Tinos is the birthplace of the wind god Aioles in Greek mythology. The crew is constantly busy securing the ship.

Sometimes the "Chronos" only makes up one kilometer per hour. Tinos just doesn't pass as if Aioles is holding the ship. It takes three or four hours. Then the northern end of the island is reached. The sails up again.

A little later the ship anchored in the port of Andros. The "Chronos" towers majestically over all other ships in the harbor basin. At this point, Göttert and his crew are already studying the weather maps for the next day. The day after tomorrow is calm. But tomorrow the toughest storm day of this trip.

Wild ride under the stars

At two in the morning the passengers wake up to a familiar sound. The anchors are brought up. The "Chronos" is slowly starting to drive. When she leaves the sheltered harbor basin, the rocking begins. It almost throws some passengers out of bed. The ship sails all night to bypass the storm that has been announced for the day. The wild ride by moonlight leads across the Aegean to the northwest. Hardly anyone can sleep. Anchors are set for breakfast. Goal achieved.

The "Chronos" worked 224 nautical miles through the Aegean against the Meltemi. The holidaymakers on board coped well with the adventure despite all the odds. "No one has vomited in the last few days, there has never been one," says Niko Göttert. This is remarkable in these harsh conditions.

Sailing cruise in the Aegean

Arrival: Santorini can be reached from several German airports by non-stop flight. There are also many connections with a stopover in Athens.

Travel time: The period from August to mid-October is best suited for sailing trips in Greece. At this time, the providers also offer their trips.

On a sailing cruise: Odyssey in the Aegean 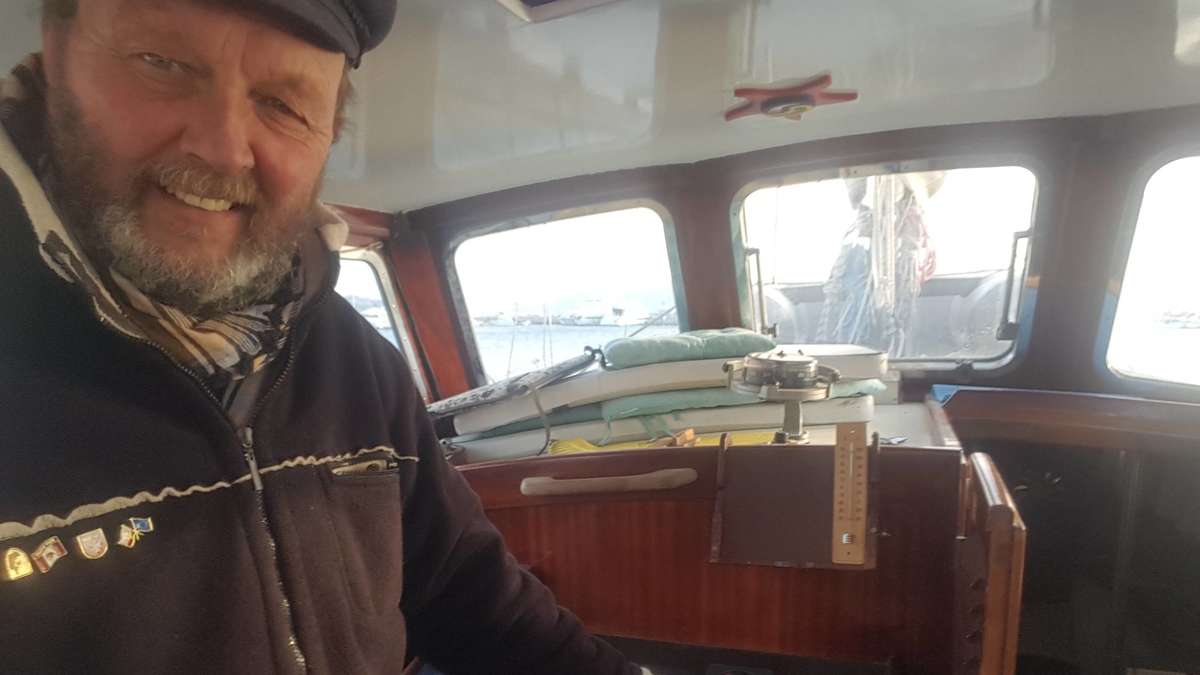 Because of Corona: Holzkirchner skipper Hermann Engl is stuck in Aegina

The odyssey of a Chilean aboard the cruise ship in Japan 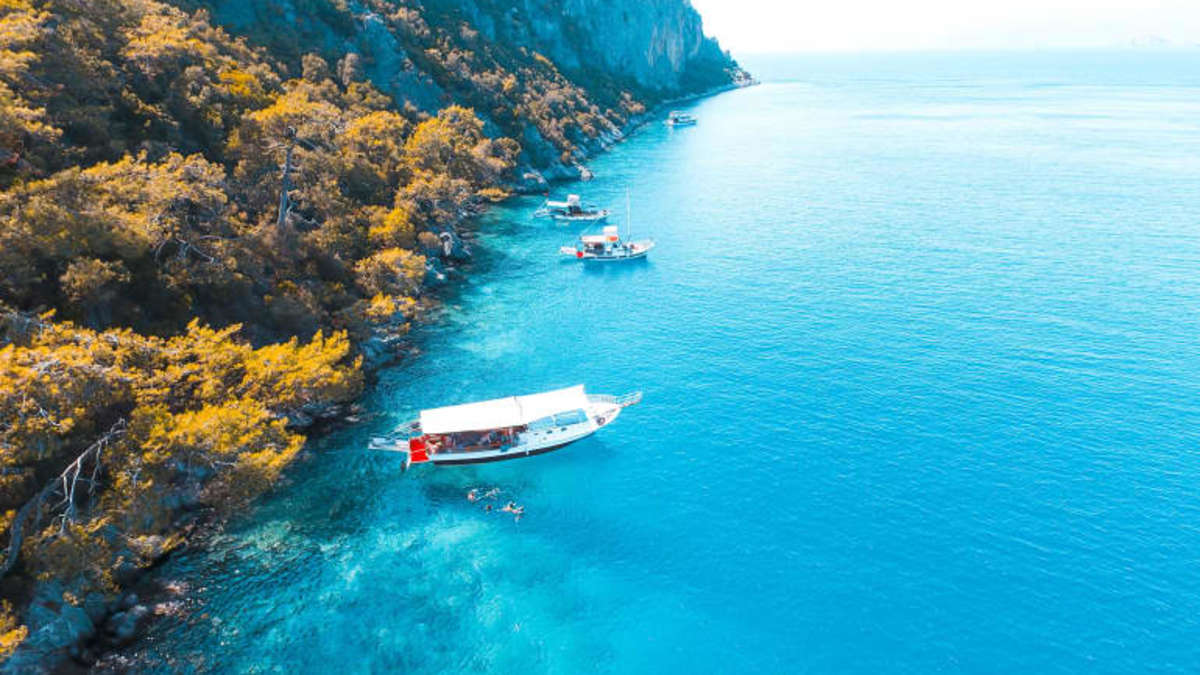 These are the 15 most popular travel destinations in Turkey

These are the 15 most popular travel destinations in Turkey 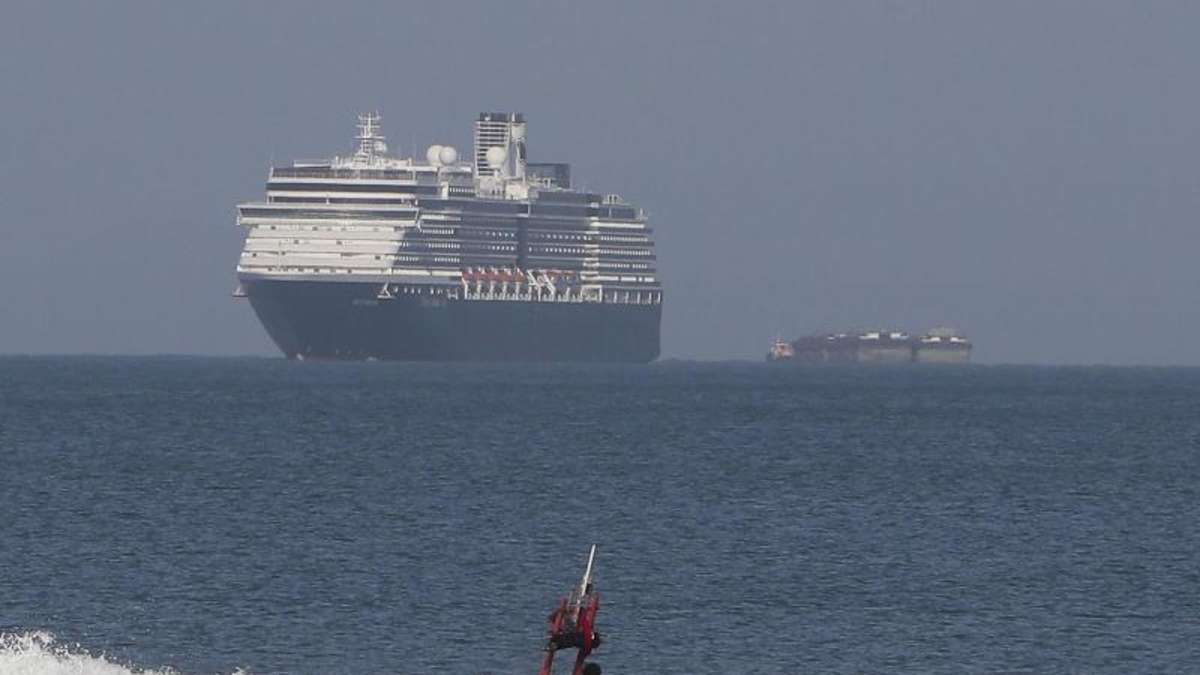 End of the odyssey? Cruise ship "Westerdam" in Cambodia