Mansour: The occupation announced the annexation of parts of the West Bank in violation of international law

New York-Sana, the permanent representative of the State of Palestine to the United Nations, Riyad Mansour, reiterated that the declaration of powers 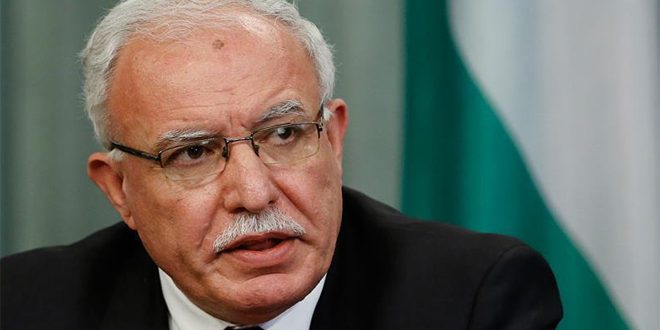 The permanent representative of the State of Palestine to the United Nations, Riyad Mansour, reiterated that the Israeli occupation authorities' announcement of annexing parts of the West Bank to his usurping entity was a flagrant violation of international law and international legitimacy resolutions.

Mansour said, according to what Wafa news agency reported today, that the crimes committed by the occupation authorities against the Palestinian people daily even in light of the Corona pandemic and its announcement to annex parts of the West Bank lands undermine any opportunity to establish a Palestinian state on the 1967 borders with Jerusalem as its capital.

Mansour pointed out that the occupation is taking advantage of the Corona pandemic to move forward with its settlement plans with the full support of the American administration in complete contempt for international law and the calls and warnings of the international community, human rights organizations, civil society and people of conscience around the world. Mansour: The escalation of occupation violations against the Palestinians violate international law The occupation announces a new plan to establish 2,600 settlement units in the West Bank