Söder wants billions of euros for the economy and technology

Markus Söder wants to boost the economy with another package - and indicates willingness to compromise on other issues of the coalition in Berlin. But he also wants significant tax cuts. 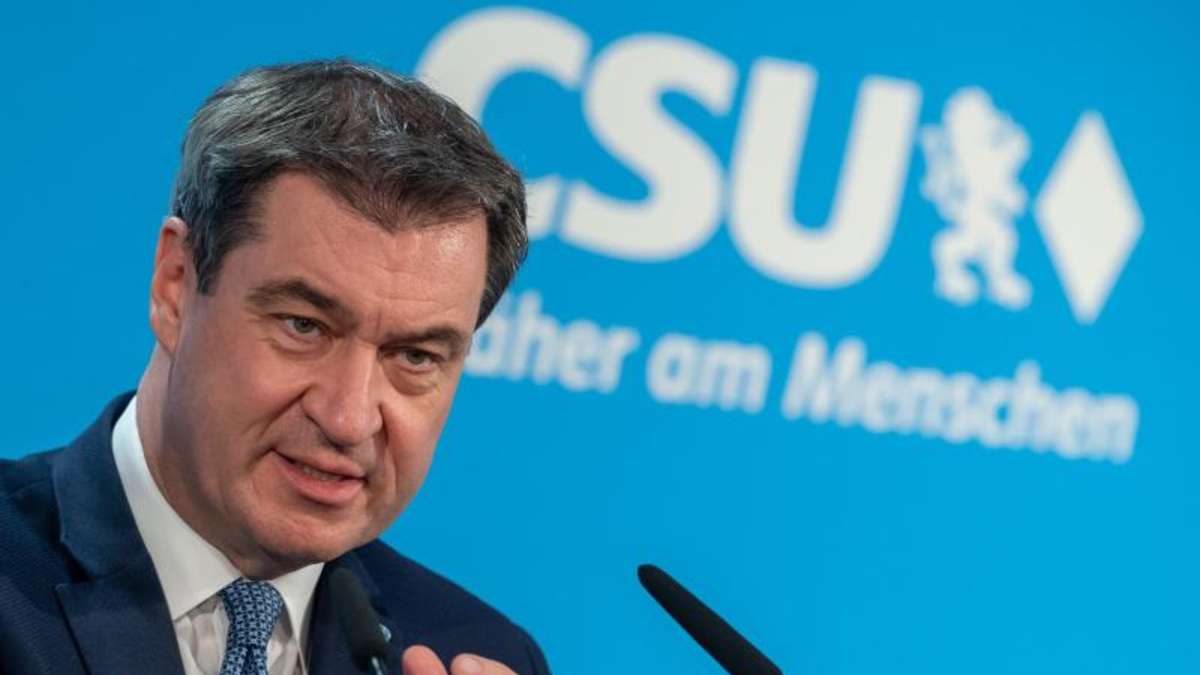 Markus Söder wants to boost the economy with another package - and indicates willingness to compromise on other issues of the coalition in Berlin. But he also wants significant tax cuts.

Munich (dpa) - In view of the Corona crisis, CSU boss Markus Söder is calling for a coalition decision for a multi-billion euro economic, technology and tax reduction package.

The coalition committee of Union and SPD will discuss this on June 2, Söder said before a video session of the CSU board in Munich. He spoke in favor of implementing the basic pension as agreed. He rejected the proposal made by Federal Finance Minister Olaf Scholz (SPD) for old debt relief for local authorities.

Söder warned that after the crisis in Germany one had to start again. Given the export problems, it is important to strengthen demand. But he also asked: "We have to make a technological leap." In digitization, robotics and artificial intelligence, one has to catch up in comparison to countries like the USA or China. "We urgently need a high-tech program," said Söder. It takes "billions" for research, but also for digitization in schools. Germany has a lot of catching up to do here, and you have to catch up as soon as possible.

In tax policy, Söder called for "not small-small", but rather massive measures. The key thing for him is the early abolition of the solidarity surcharge - preferably complete and immediate. Söder now also indicated willingness to compromise: one could talk about exemptions and allowances so as not to give the whole amount. So far, the coalition has agreed to cut the solidarity surcharge nationwide in 2021 for around 90 percent of the payers.

Söder refused to postpone the basic pension. The CSU is in favor of implementing these exactly on schedule. It was now "no time for endless policy debates", there should be no tactical delays. "The government must be able to act and act." The Union had previously called for the basic pension to be postponed or put on hold because of the Corona crisis.

Söder strictly rejected old debt aid for heavily indebted cities and municipalities, as Federal Finance Minister Scholz wants. At the moment, this is "the completely wrong instrument". "It is completely absurd to pay off old debts now so that new debts can be created." When it comes to investments, Bavaria is ready to help, including nationally, the Bavarian Prime Minister emphasized. "But there will definitely be no old debt settlement."