The meat industry should now be properly cleaned up - after the corona crisis revealed the grievances. Minister Hubertus Heil has now announced plans.

The meat industry should now be properly cleaned up - after the corona crisis revealed the grievances. Minister Hubertus Heil has now announced plans.

Update of May 20: Minister of Labor Hubertus Heil (SPD) has announced measures to combat grievances in the meat industry . The cabinet had agreed on "more surveillance by the labor protection authorities of the federal states" - in a concerted action by the authorities, including customs, massive controls would soon be in place, Heil said at a press conference in Berlin on Wednesday afternoon.

According to him, the federal government also wants to clean up with idiosyncratic work constructions in the meat industry: From 2021, tasks in large slaughterhouses, for example, should only be taken on by their own employees: no contracts for work and hiring out of work are possible.

The minister emphasized that it was not about small butchers in the country or the meat counter in the supermarket. One has an eye on “ meat factories ”. The law should be drafted accordingly.

Heil criticized the industry violently: It was "not acceptable" if some of the non-applicable health and safety regulations were observed, he explained. The effects have recently been felt in entire counties - partly as a lockdown. "It is even more important that the dignity and health of employees, no matter where they come from, count in this country," said Heil. Now also against "scandalous accommodation conditions" of employees and fraud at work. Foreign employees should be better informed about their rights.

Heil also criticized very fundamentally. Lobbyists have always tried to "loop through " legislative plans . He also observed that "great creativity and energy were used to circumvent applicable legal regulations". You can no longer move from “self-commitment to self-commitment” in industry.

View of a slaughterhouse: The meat industry has emerged as a hotspot for corona infections.

Munich - The first and hopefully the only wave of infections during the corona crisis is ebbing away more and more. The butchers * have recently emerged as a source of danger for renewed expansion . Numerous employees became infected with the virus. Some slaughterhouses even had to close in the meantime, and countries underwent comprehensive tests *.

All of this raised questions about the hygiene measures in the industry . And lets politics launch sharper guns. So said Labor Minister Hubertus Heil , he wanted to "clean up properly in this area." The SPD politician is striving to largely ban labor contracts in slaughterhouses.

The meat industry wants to tackle it: Federal Labor Minister Hubertus Heil is challenged in the wake of the corona crisis.

In the course of the questionable working conditions, the pricing of meat products is also being scrutinized. It comes as no surprise that Greens boss Robert Habeck , who raged in the picture : "Prices for meat or milk, which are below the production costs of the farmers, are simply a mess."

The family man of four sees retail locks as  "thumbscrews" for farmers. These would have to be paid accordingly if animal welfare and climate protection were required of them.

Union fraction vice-president Georg Nüßlein surprisingly hit the same line  . The CSU politician emphasized in the Augsburger Allgemeine : "The indecent price war for meat is the root of many evils." However, the party executive rejected his suggestion to raise meat prices via VAT.

This view is too simple for the SPD too. "We will not let the Union go through that. It is about changing the business model in the meat industry substantially, ”Group Vice Katja Mast clarified in an interview with afp .

The  Federal Association of the German Food Industry also criticized the price debate. This considers the "planned economic demand for a minimum price for meat" for a "bad relapse into past believed eco-populism ". Rather, meat products were part of a balanced diet due to their "valuable ingredients and this should not only be reserved for the affluent part of our society".

For its part, the Food, Pleasure, Catering Union (NGG) is pushing for a rapid end to the “ unsustainable and inhumane working and living conditions of those employed in German slaughterhouses with work contracts”. NGG Vice President Freddy Adjan said: "The German government must finally act to protect employees and the population ."

Makes various demands on the government and the meat industry: Green leader Ribert Habeck and his party draw up a seven-point plan.

Corona crisis: Green elaborate seven-point plan for a reform of the meat industry

The Greens have already prepared a paper for fundamental reform. The newspapers of the "Funke Media Group" cited a seven-point plan by the party, which included a minimum price for animal products as well as a ban on contracts for work and an expansion of state controls in the factories .

Habeck denounces "the dramatic problems of the agricultural industry": "It works according to the principle: mass production of meat at dumping prices thanks to dumping conditions ." benefit from it ”.

Corona crisis: “Tierschutzcent” is to finance the renovation of stables

In order to remedy the violations of occupational health and safety in the meat industry, Habeck pleads for  general contractor liability in the industry. For example, clear hygiene and health standards would have to be observed in workers' accommodation  . The living and sleeping facilities are to be controlled effectively, as is the workplace.

The housing conditions of the animals would also have to be improved . This is where the vegetarian comes into play with “an animal protection center on animal products”: “This is used to finance the renovation of stables and give animals more space.”

We provide information on developments in the USA and around the world in our news tickers.

Foreign Minister Heiko Maas answers questions from ARD viewers on TV - one is torn apart on the Internet. A new rule about the corona virus would question the distance rule. Politicians in the pharmaceutical industry mercilessly flash off with a vaccine demand - this reveals a fundamental problem. 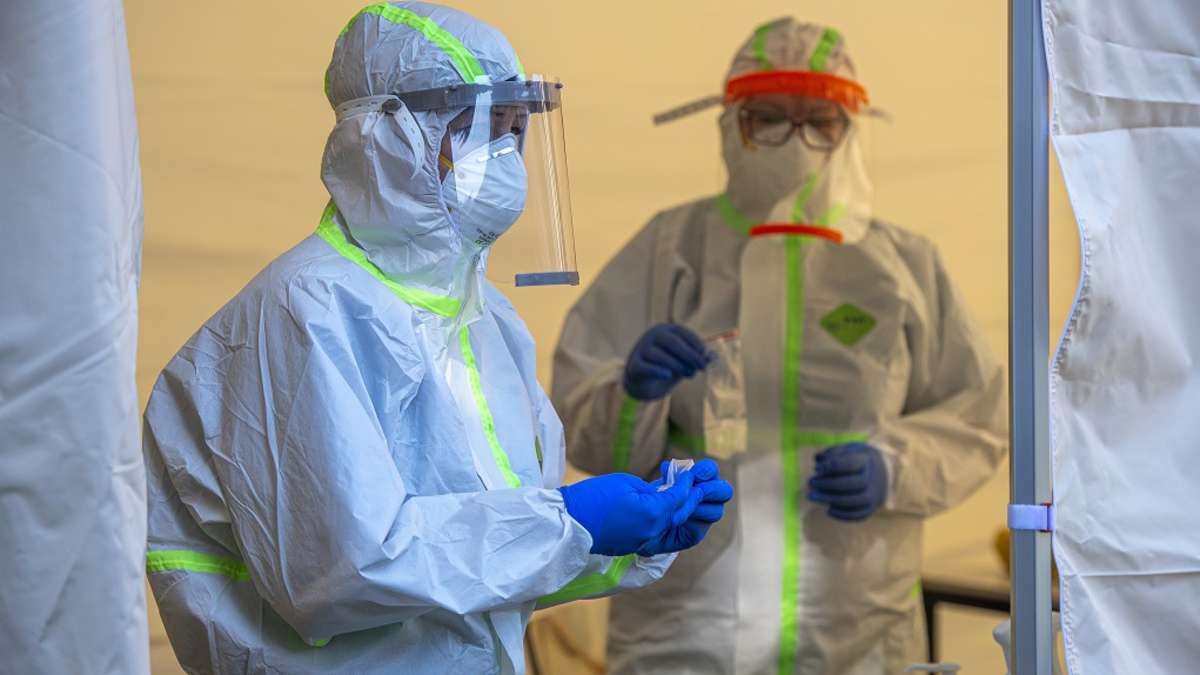 Next outbreak of corona: 92 infected people reported in meat plant 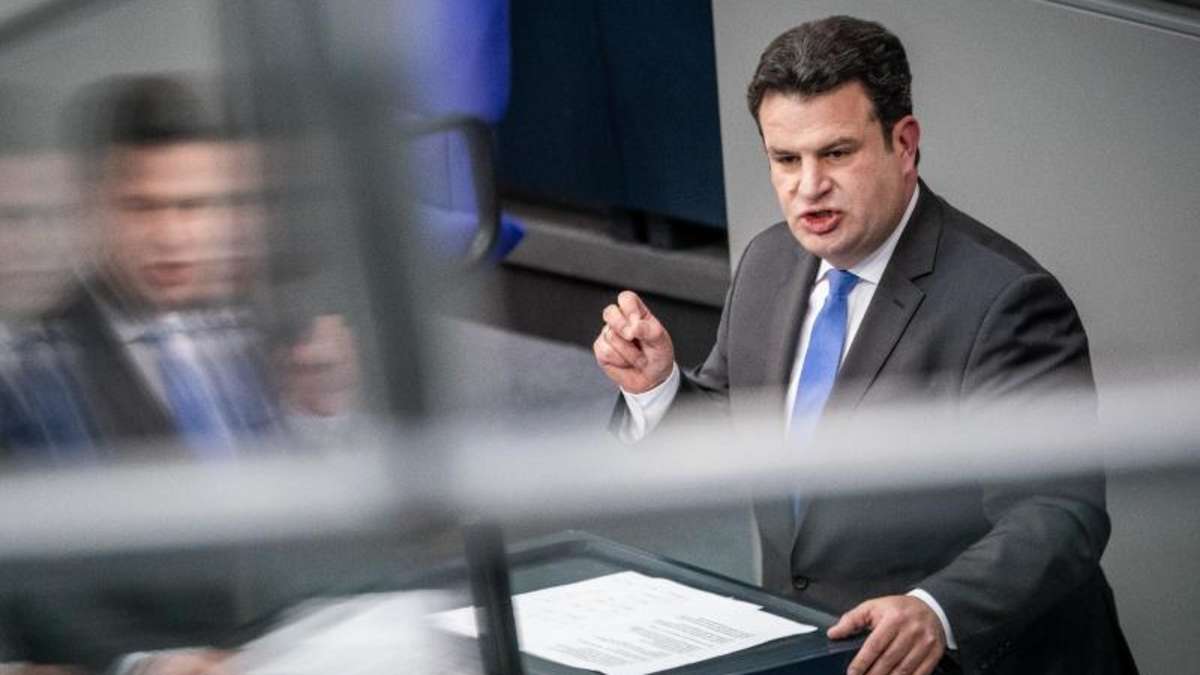 Corona in slaughterhouses: Federal government wants to "clean up" Because of Corona: hosts and hotels experience the worst month in 25 years - and expect no improvement