Finnish Foreign Ministry: Israel’s plans to annex parts of the West Bank are a flagrant violation of international law 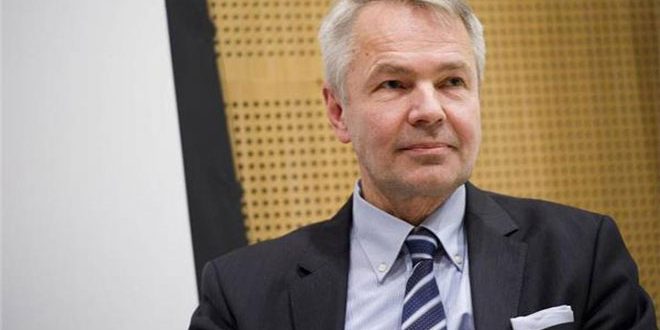 Haavisto stressed during his meeting with the ambassador of the State of Palestine to Finland, Tayseer Al-Ajouri, in Helsinki today, according to what "Wafa" reported, that his country's position is firm and based on respecting the right of the Palestinian people to self-determination and the establishment of an independent state.

Haavisto said that his country is working with other countries within the European Union to take a united position in the event that the government of "Israel" announces the start of the annexation procedures, explaining that Finland is committed to the European Union policy in this regard.

For his part, the ambassador of Palestine called Finland to continue working with the European Union to prevent the implementation of annexation schemes and the application of international legitimacy decisions.