A protest stand in Al-Hasakah, denouncing the US attack on an army checkpoint in the countryside of Qamishli

Al-Hasakah-SANA Today the city of Hasaka witnessed a protest, denouncing the American attack on an Arab army checkpoint Al-Hasakah witnessed today a protest stand denouncing the American attack on the Syrian Arab Army checkpoint in the countryside of Qamishli and to demand the exit of the American and Turkish occupation.

Yesterday, aircraft of the American occupation forces attacked a Syrian Arab Army checkpoint southeast of Qamishli, which led to the death of one soldier and wounding two others.

A protest stand in Al-Hasakah, denouncing the US attack on an army checkpoint in the countryside of Qamishli A popular protest stand in the village of Al-Bajaria in the Qamishli countryside, calling for the expulsion of the American occupation forces A national protest for the people of the village of Qubbat Zaki in the southern countryside of Qamishli, denouncing the American and Turkish occupations 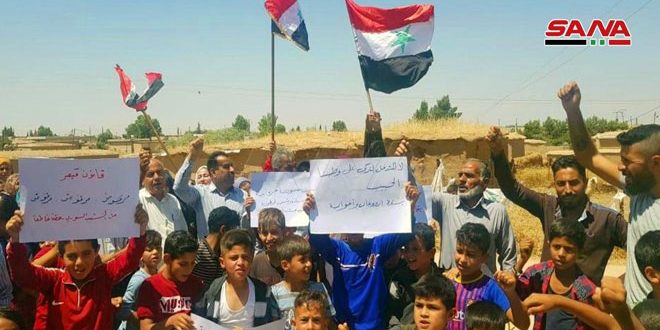 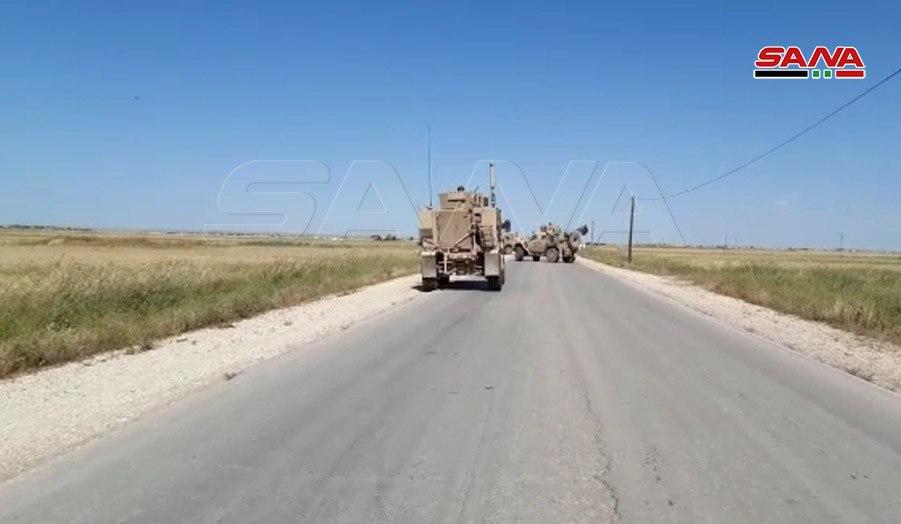