A member of the Philippine crew died after a boiler exploded in the main engine room, causing the fire. So far there is no danger of oil spill in the ... 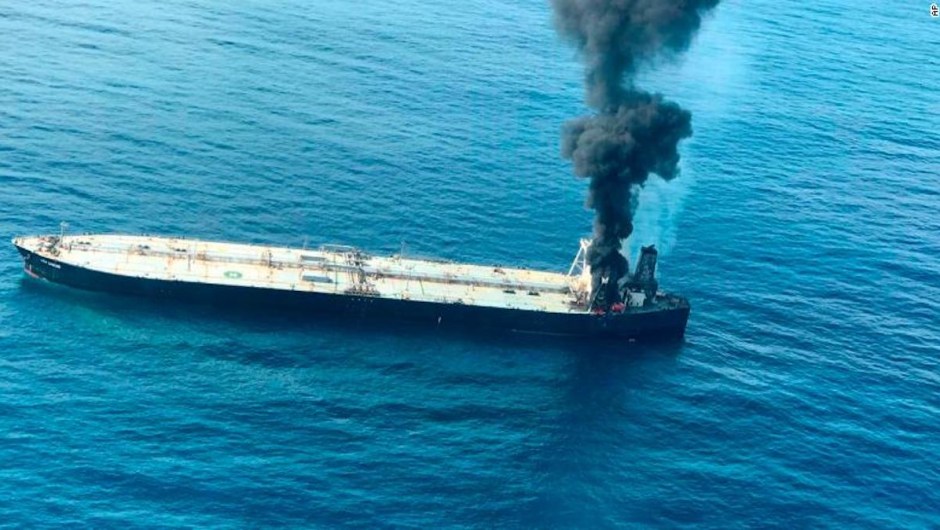 This photo released by the Sri Lankan Air Force shows smoke rising after the fire broke out aboard the New Diamond.

Fire crews from Sri Lanka and India are working to put out a massive fire aboard a tanker that has been burning since Thursday off the coast of the South Asian island nation.

A member of the Philippine crew died after a boiler exploded in the main engine room, causing the fire, the Sri Lankan Navy said.

All the other people on board, 22 in total, were rescued from the ship, which is carrying 270,000 metric tons of crude oil.

The photos and video showed thick black smoke billowing from one end of the Panamanian-flagged tanker, the MT New Diamond, 70 kilometers from Sangamankanda Point in southern Sri Lanka.

In this photo provided by the Sri Lankan Navy, an injured MT New Diamond crew member is transported on a stretcher to an ambulance.

The 20-year-old ship had been destined from Ahmadi in Kuwait to the Indian port of Paradip, according to Marine Traffic, which monitors global shipping.

“Efforts are being made to prevent the fire from spreading to the oil cargo.

Information on an oil spill has not yet been received.

The fire fighting continues, ”he said.

According to a statement from the Sri Lankan Navy, the fire currently "has had no effect" on the oil stored on board and "the necessary measures are being taken to prevent the fire from spreading to these crude storage facilities."

"There is still no risk of the ship spilling oil into the ocean," the statement said. 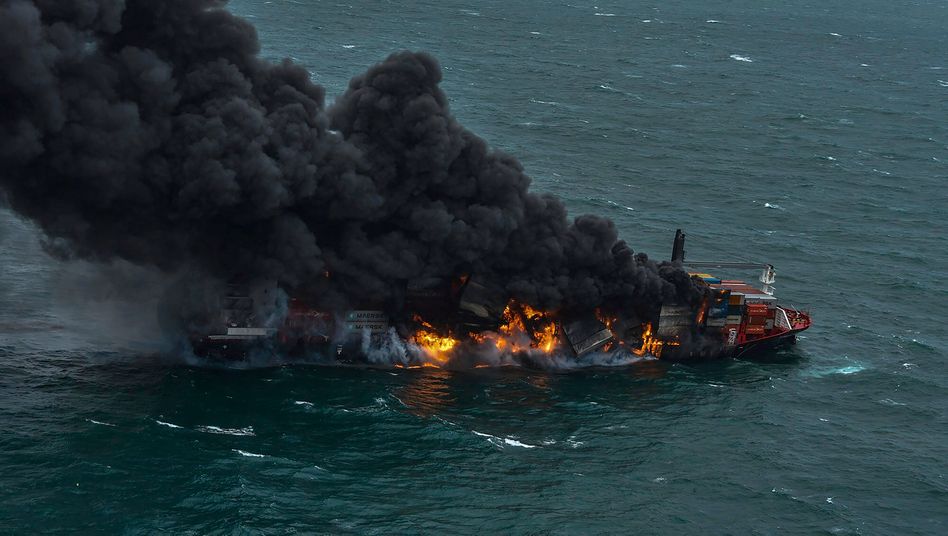 Sri Lanka: Ship with chemicals on board burns in the Indian Ocean 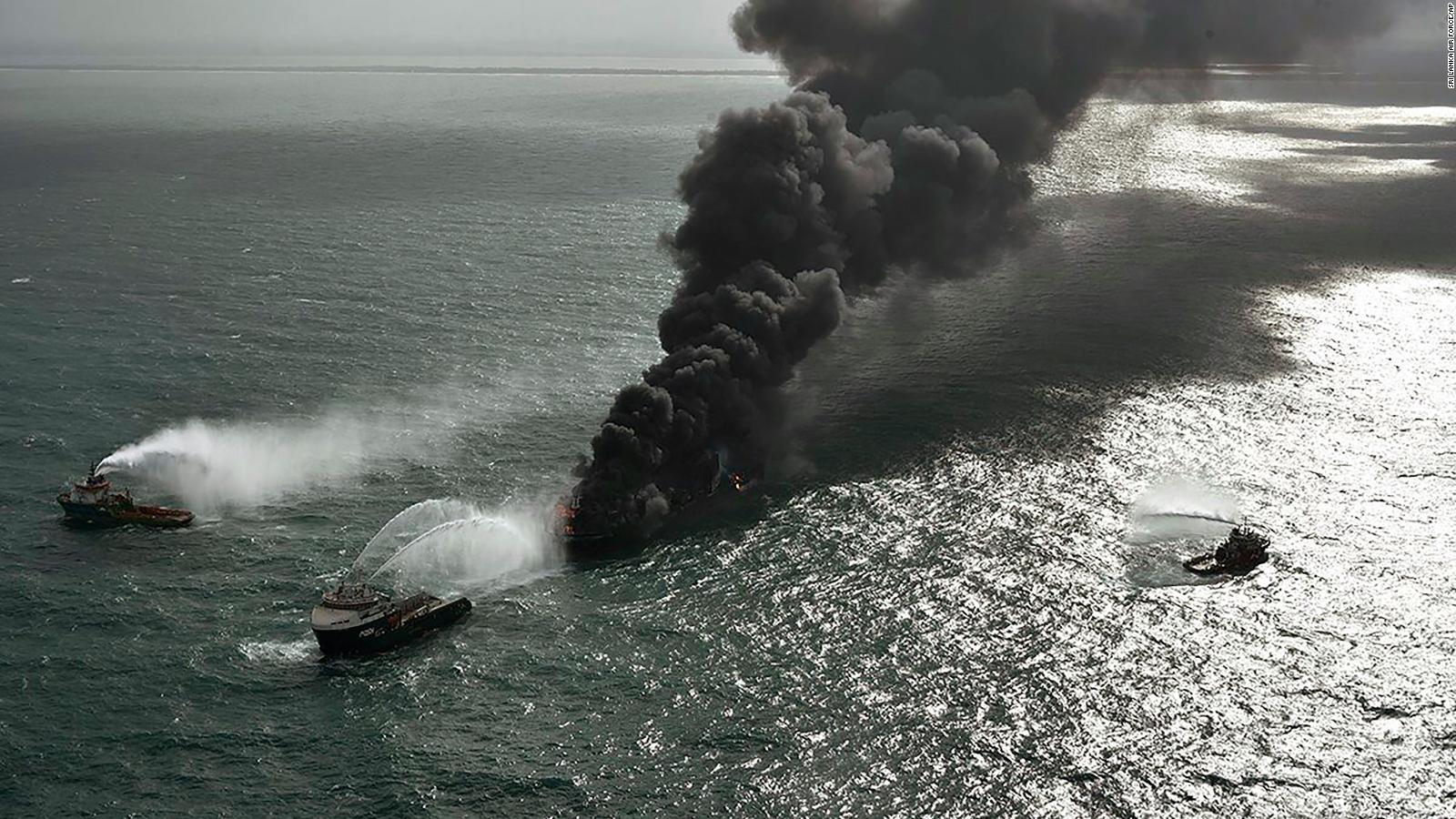 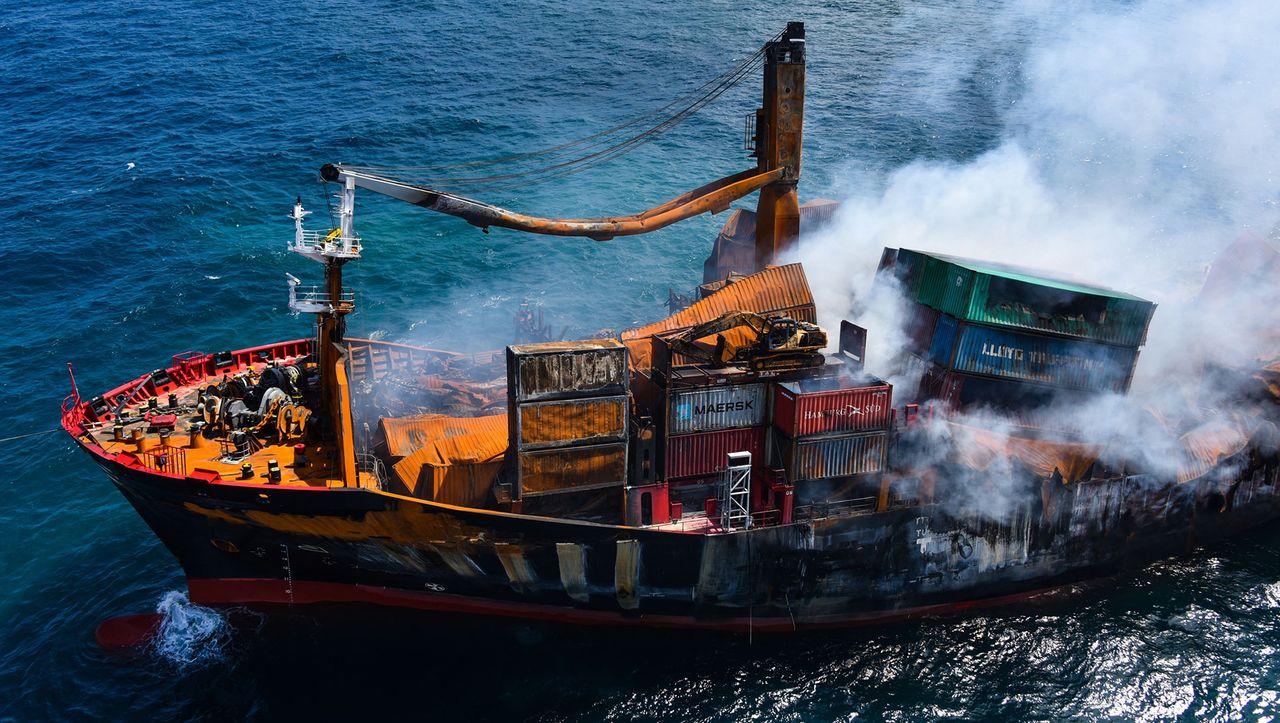 Is this the best crab restaurant in the world? | CNN 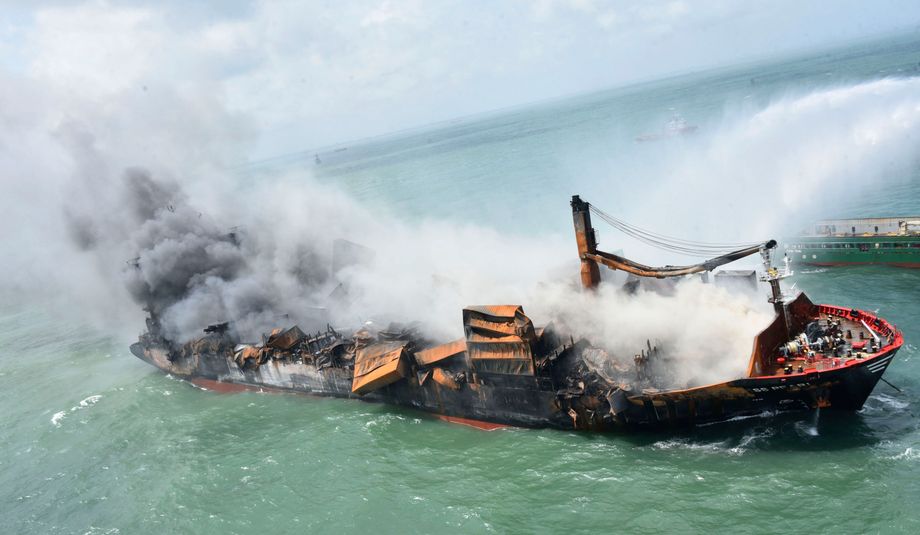 Accident of the »X-Press Pearl«: The environmental disaster in Sri Lanka