These Ikea furniture are now worth thousands of euros

and decoration company has accumulated a large number of icons behind its back.

In 2016 the Ikea Museum opened its doors in Älmhult (Sweden), the brand's global headquarters, to collect and make this extensive archive known to the entire world.

At the same time, the feverish collecting for his most unpublished, scarce or unknown pieces was on the rise, revaluing affordable products at their launch and which now reach astronomical figures in auctions and

, similar to those produced in the workshops of Le Corbusier, Perriand and Jeanneret.

This phenomenon, which may be contradictory to the

that the firm supports to provide a beautiful and functional design to the largest number of homes possible, is based on the rarity and scarcity of production of these pieces.

On the other hand, its creation date is not a definitive element to determine its value.

An example of these are the rattan chairs signed by

In the following list you will find some of the most sought after objects of Ikea among its collectors.

If it is in your living room, congratulations.

There are various hypotheses about his authorship.

The most popular current attributes it to

as a design he made for the Swedish brand in 1944. Other voices claim that Ikea simply launched this model in the fifties, taking inspiration from the Muslingestol chair that the Danish architect would design a decade earlier.

This seat popularly known as the

in allusion to its enveloping shape reminiscent of a clam, reaches large figures in auctions and private sales.

Here it shows a version upholstered in sheepskin that preserves the original naive silhouette, with its characteristic

that look like they came out of the furniture of a cartoon.

His surname gave him the name of Vitra's first self-produced chair and the most famous in its own catalog, created using the innovative injection molding technique.

The Vilbert seat brought together the last lashes of postmodernism and Panton's pop mind in one piece.

Its geometric design and plastic colors could well take us to a room designed by the Memphis group.

MDF boards covered with tinted melanin were created to split, and they are screwed with black hardware that remains in sight.

There are only 4,000 units and some of them bear the inscription "Verner Panton for Ikea" which increases their value.

It was one of the last designs that the Danish architect signed before his death in 1998.

Gillis Lundgren, the creator of the legendary Billy bookcase from Ikea.

His is also the power of

that characterizes the furniture of the Swedish firm, and that despairs more than one in its execution.

The industrial designer was a member of his creative team since 1953.

for its comfortable backrest in deep carmine red, the great value of this piece lies in its short production limited to 1972. The vibrant upholstery rests on a tubular steel frame, a faithful reflection of the fervor for the curvilinear silhouettes of the epoch.

The name of this Swedish master linked to ceramics and jewelery resonates regularly at art auctions.

He is also the author of the National Geographic bookstore, born to hold 25 years in numbers of this magazine on each shelf.

Theselius painted it yellow in honor of his headboard.

A metal plate with the inscription "designed by Mats Theselius for Ikea PS, unlimited edition" already warns us of the rarity it comprises.

Despite being the least long-lived design on the entire list, its artisan production was a challenge for Ikea, reducing it to the few copies that the brand's most avid collectors crave.

They are made of rattan and brushed steel so they can be used outdoors.

Tord Björklund, one of Ikea's star signings during the eighties and nineties.

His are the designs for the Bogen rotary table and coat racks, the Skanör display cabinet and the MunkMagiker shelf.

The eighties were also minimalist and crude in terms of interior design.

Ikea championed this lesser-known side of the time with pieces such as Skye, a

with an unmistakable Scandinavian design in which Björklund created a comfortable leather cushion on a tubular metal base in the same color.

Its ergonomic design is an evolution of the original model created by the Swedish designer in 1970.

Karin Mobring, a member of the creative leadership of Ikea since the sixties.

Mobring was commissioned to bring the Swedish giant closer to the new generations, a goal he accomplished by fusing materials as heterogeneous as steel, pine or leather.

Her furniture is currently reaching high bids in online auctions.

An example is the Natura armchairs, which can exceed 3,000 euros for a two-piece set.

Inspired by the armchairs of British officers, this chair instantly reveals a mid-century past.

The perfect cube generated by its wooden structure allows them to be stacked vertically and thus save space when not in use, one of the basic principles of Ikea's functional philosophy.

It is completed with cushions upholstered in linen that adhere to the wood with small belts.

This coffee table matching the famous chair of the same name was an icon for functional houses in the eighties.

With the return of the Bauhaus aesthetic to the most everyday decoration, its price now rises to unthinkable figures for the time.

Its solid structure in enamelled metal, glass and plastic withstand the test of time even outdoors.

The Troligen model symbolized a new era for waiting rooms and offices with an industrial aesthetic that fused steel with noble leather.

Both the three-seater model (in the image) and the armchairs, both designed also available in velvet, are comfortable and enveloping just by looking at them.

Erik Wörtz, the Danish designer who signed major design milestones for Ikea in the 1960s such as the Kolding sofa and armchair set, now valued at almost 5,000 euros.

Designed in palo santo wood, recognizable by its density and oily texture, this desk is a clear example of the functional beauty that enthralled masters like Adolf Loos in their fight against ornament.

It has three drawers, a hinged door for storage and a secret tray in the style of the Villa Müller progenitor.

Niels Gammelgaard, another of the essential names in Scandinavian design in the twilight of the 20th century.

Together with Lars Mathiesen he created Pelikan Design, recognizable for its visionary steel furniture and sustainable materials.

The iconic bookshelves of Marcel Breuer and Nils Strinning come to mind when Guida is first observed.

This piece shares with both designs that modular tenacity that allows it to be adapted to different formats and needs.

This vertical storage unit is made of ABS plastic fibreboards, with a gray base and brightly painted edges.

They fit easily on a steel frame.

The British met at the Royal College of Art in London and met again at the Ikea offices to create this legendary stool.

Belonging to the Ikea PS series, the limited edition collection that the brand devises every year to accommodate the innovative proposal of young talents, it stands out for its red wool cover handwoven around the steel base.

In this way, the seat is soft and comfortable without the need for an additional cushion and on a revealing three-legged structure.

The opaline glass of the lampshade, characteristic for its semi-translucent appearance, competes for prominence with the terrazzo base.

This conglomerate of cement and stone or glass that we abhorred when we were little and now populates the most Instagram-proof houses, reveals the era in which this lamp was designed.

The postmodernism of Ettore Sottsass and Alessandro Mendini is palpable in the environment but without touching that expressive kitsch that singled out the work of the Italian masters.

At Ikea, less is always more.

Your date of birth is instantly revealed - behind this vibrant wall clock lies the prolific 1980s.

If the geometric play of the plywood panels is reminiscent of the art deco ornamentation of cities like Los Angeles or Miami, the use of hot pink, blue and cyan accelerates time travel by a few decades.

One of the most unknown and coveted pieces in its extensive archive.

The Dutch creator began her career in the Ikea design team, developing in parallel since 2007 her own studio in Gothenburg and lamps for the firm Pholc.

Her work is characterized by a strong sculptural component without diminishing the lightness of the finish.

Another piece that emerged from the Ikea PS factory.

Each Hasslo is based on an orange-tinted steel wire frame, one of the flagship colors of the Swedish brand.

Both the seat and the backrest acquire that light patina thanks to the semi-transparent polyurethane, which allows it to be used outdoors.

In addition, it is stackable, another hallmark of the Ikea quarry.

950 euros a set of four chairs in Design Addict. 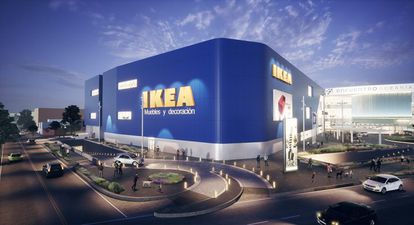 New Ikea air filter does not help against Corona - users are divided: Attractive for "cats"?

Rip off? IKEA angered customers: "That is an absolute cheek" 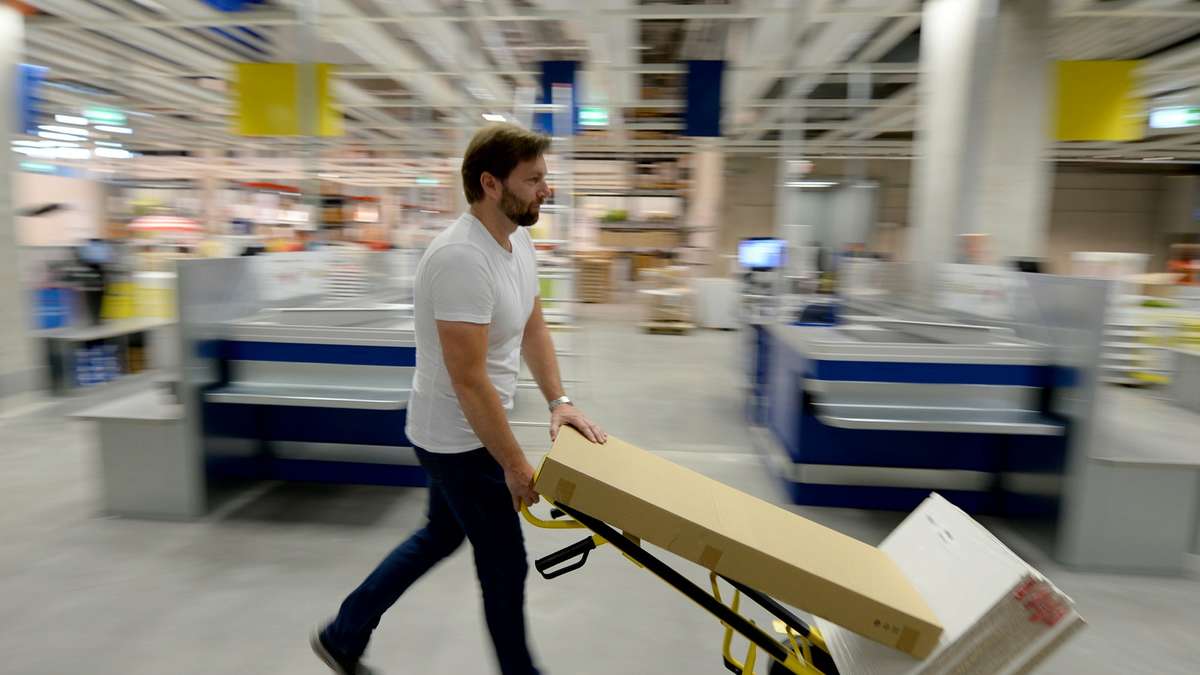 Diego Santilli and Facundo Manes confirmed their candidates and sparks will be drawn in the interior of the Province
2021-07-25T03:02:28.910Z