XV of France: Galthié does not rule out resigning if Laporte is not reelected

During a long interview with Midi Olympique, the coach of the Xv de France indicated that he would think about staying in his post if Florian Grill defeated Bernard Laporte, on October 3, during the elections for the presidency of the FFR. The support is complete, unconditional.

Three weeks before the elections for the presidency of the French Rugby Federation, Fabien Galthié has clearly indicated his preference.

He wishes the re-election of Bernard Laporte against his opponent, Florian Grill.

A choice justified by the coach of the XV of France by his privileged links with the one who held his position from 2000 to 2007.

“To put things in perspective, Raphaël (Ibanez, the manager of the Blues, Editor's note) and I have a clearly special bond with Bernard.

We have been working together for twenty years.

During his first term as manager, he made me his captain.

He first made me a holder with the Blues, then gave me the armband.

For his second term, Raphaël was appointed captain.

In 2019, he came to get us to first become Jacques Brunel's assistant for me and then, from 2020, coach and general manager for Raphaël.

There is therefore a very strong bond of trust with him.

It is undeniable, we cannot question it. "

The question (of resigning) could indeed arise after the elections

A bond so strong that Fabien Galthié declares himself ready for all eventualities if Florian Grill were to be elected.

“Our daily operating method is in close collaboration with Bernard Laporte, with its validation.

) Karim (Ghezal), Shaun (Edwards), William (Servat), Laurent (Labit) and Thibault (Giroud), we can go to the Top 14, Pro D2 and Fédérale clubs, working there, seeing our players, it is an approach pushed by Bernard who gives us the means to do so.

To answer your question, because we are focused only on the athlete and not on the political field: if ever the question should arise after the elections, I will think about it when the time comes. "

"READ ALSO: Ibañez in Figaro:" The link with the managers of the Top 14 has never been broken "

The coach therefore puts his resignation in the balance.

“For twenty years, my fate has been linked to that of Bernard, that's a fact.

A very strong bond exists between us.

He trusted me to put the France team back on the right track.

He appointed me for it.

The question does not arise today, it could arise after the elections.

If I am elected, that supposes an intelligent relational work with the staff of the XV of France

few days before these statements, Florian Grill had assured that he did not want to separate from the current boss of the Blues in the event of an election.

“Fabien Galthié will keep his place if I am elected.

I was very convinced by the presentation of Galthié and Ibanez to the steering committee.

I have no problem with them.

But my role, if I am elected, will be to create the conditions which will allow this French team to win.

This will require intelligent relational work with the staff of the XV of France. "

Before adding, in a smile a bit cowardly, implying a significant involvement of Bernard Laporte with the Blues.

“I will be in my place, that of president of the FFR.

I will not be an encore coach.

Or Fabien Galthié will not be an alternate coach… ” Laporte loses his temper against Di Meco on RMC: "First you shut up, you, Eric!" 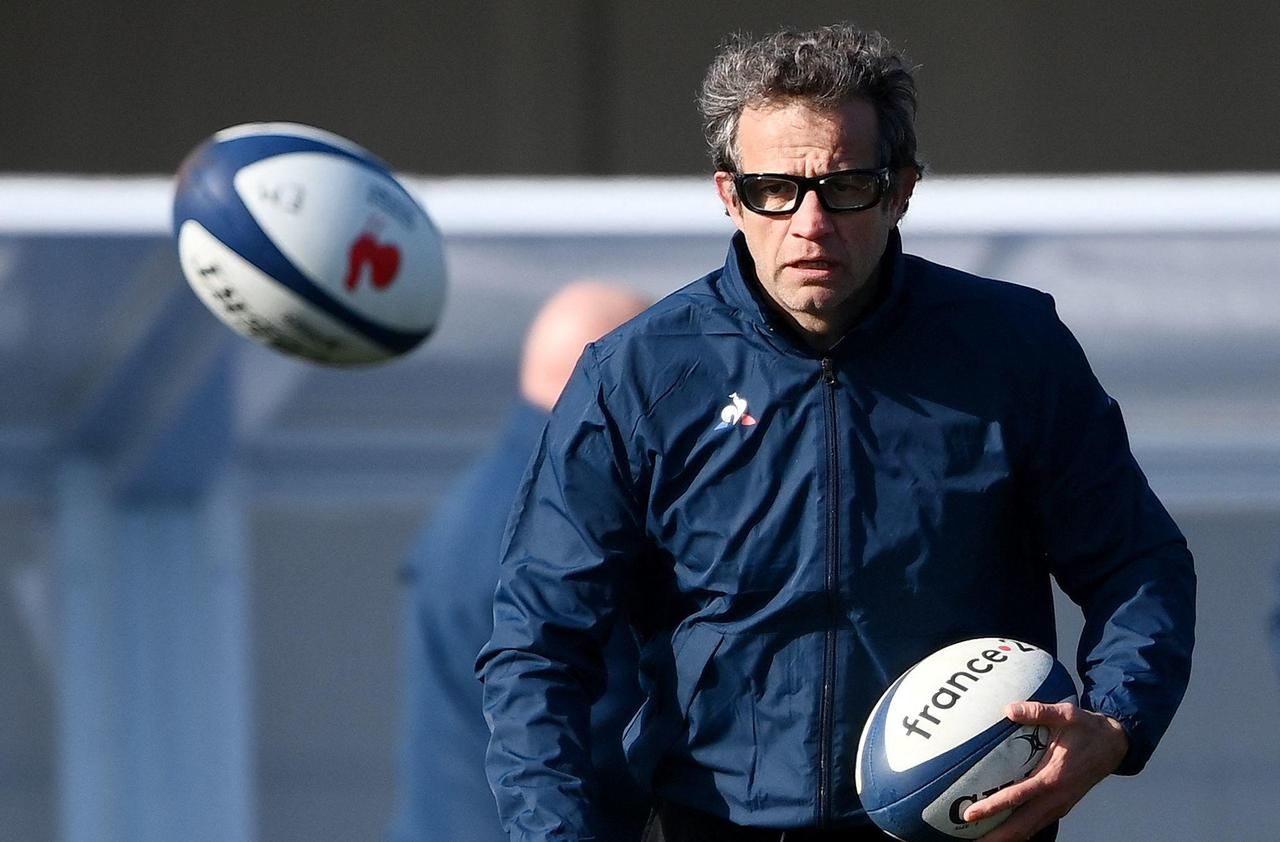 Six Nations tournament: France-Scotland threatened after a new case of Covid-19 among the Blues XV of France: Bernard Laporte wants "to really know if someone was at fault or not"