Eight EU countries warn of the difficulty of doing business in the country. Agroindustrial companies demand action against Amazon deforestation 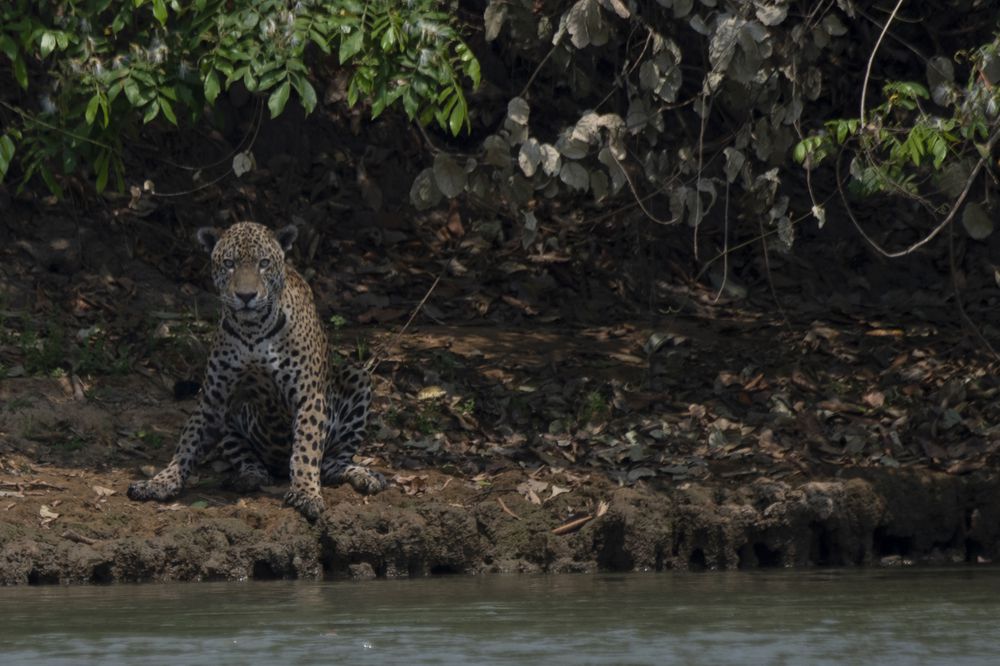 As the Pantanal burns and the Amazon registers increasingly high rates of degradation, Brazil's economy may be out of play.

Apart from the warning signs issued by investment funds and Brazilian banks, and the threat that the trade agreement between the European Union and Mercosur will not be finalized, Vice President Hamilton Mourão received a warning letter signed by ambassadors on Tuesday. from eight European countries: Germany, the United Kingdom, France, Italy, the Netherlands, Norway, Denmark and Belgium.

The message left no room for doubt: while the issue of deforestation and preservation are the focus of governments and companies on the continent, “Brazil is making it more difficult for companies and investors to comply with its environmental criteria , social and governance ”.

International pressure joins an unprecedented reaction from more than 200 organizations, including NGOs, agribusiness companies and the financial sector, which sent a message to the Government urging it to take measures to reduce deforestation in the Amazon.

“Not only because of the progress of the environmental and social losses that it entails, but also because of the threat that forest destruction in the area imposes on national economic issues.

There is a clear and growing concern on the part of various sectors of national and international society with the advance of deforestation ”, says the text, signed by the so-called Brazil Climate, Forests and Agriculture Coalition.

The group has sided with NGOs such as WWF and the industries JBS, Marfrig, as well as Basf and Bayer.

One of the group's proposals is that there be more transparency in actions and surveillance in forests.

The pressure, however, has not changed the Bolsonaro government's response.

“The behavior we see in the environmental crisis is a reflection of the government's position in the face of the covid-19 pandemic.

They deny that it is a big problem, they deny the seriousness and they feed the narrative by means of statements that lack any scientific foundation ”, says Rômulo Batista, one of the spokesmen for Greenpeace.

Vice President Hamilton Mourão, head of the Amazon Council, rules out that the Government is making a mistake and speaks of "selectivity in the disclosure of data" on deforestation.

“When the data is negative, the person discloses it.

When they are positive, he does not disclose them, understand? ", Said the vice president in a statement to the media on the afternoon of the 15th. When asked who that person would be, Mourão replied:" I do not know, I am not the director of INPE [Brazilian Institute of Space Studies] ”.

What the vice president does not say is that the data is public.

All you have to do is enter the INPE website to find out, almost in real time, how many sources of fire have occurred in each biome.

Military in the woods

Mourão defends that one of the ways out to fight the fires is to keep the military in constant operation in the forests until 2022 and to decree a moratorium on fire, in effect since July, a strategy that the Green Party has already questioned in the Federal Supreme Court.

The vice president and the environment minister, Ricardo Salles, have entered into a campaign to discredit the speeches of environmentalists and their followers.

Using unauthorized excerpts from a Greenpeace video, the vice president wrote on Twitter: “Whose side are you on?

Of those who truly preserve or those who manipulate your feelings?

Brazil is the country in the world that most preserves its native forests.

The video was a response to another publication by the Articulation of Indigenous Peoples of Brazil.

In the piece, the organization says that “Amazonia is the heart of Brazil.

Whoever sets it on fire is the country's enemy ”.

It also asks that, in defense of the Amazon, the Brazilian president should stop being financed.

“We discussed today issues that we should not be discussing, that had already been overcome.

We have to prove that the fire exists, that the data are facts, and not ideology.

We have to fight against the legend that fire is for subsistence, and that it is a crime, not caused by lightning ”, says the deputy director of the Centro de Vida Institute (ICV), Alice Thuault.

While the government struggles with the facts, reality continues to prevail in the Pantanal.

The Federal Police launched Operation Matáá earlier this week, which carried out ten search warrants in Mato Grosso do Sul. According to the institution, investigations indicate that the fire in the area was intentional to transform native vegetation into pasture for cattle.

For this reason, there are clear indications that the fires were started.

Impunity, allied to Bolsonaro's policy of reducing the number of infractions, are other factors that interfere with the increase in fire.

Despite the record of fires, this year there has been a 48% decrease in infractions registered by the Brazilian Institute of the Environment (IBAMA) in Mato Grosso and Mato Grosso do Sul, the two Pantanal states.

Data published by the

and corroborated by EL PAÍS show that, from January to September 14, IBAMA registered 223 infractions in the two states this year, for 425 in the same period of 2019.

When analyzing the images from the INPE and NASA satellites, the ICV also found that up to the month of August, only nine points accounted for 67% of the fire sources in the entire Pantanal of Mato Grosso.

In five of them, it can be noted that the property where the fire started was private, and that it was registered in the rural environmental cadastre (CAR).

In other words, it is possible to know who should be preserving that area and, since they did not do so, they could be attributed criminal responsibility.

Another three points were from unregistered areas.

And one, in an indigenous land.

“The state fines paid in Mato Grosso are around 2% of the amount of fines imposed.

The cycle of accountability does not close.

It is an impunity that ensures the continuity of the fires year after year, ”says Thuault, from the ICV.

In 33 days, the fires in the Pantanal practically devastated the Encontro das Águas State Park, on the border between Mato Grosso and Mato Grosso do Sul. Satellite images analyzed by technicians from the NGO Instituto Centro de Vida reveal that, on 9 August, some sources of fire came only from the northern part of the park, a well-known ecotourism point in the area.

On September 13, however, the fire was already coming from everywhere, reaching 85% of its 108,000 hectares.

The flames have become routine due to the clear lack of planning by environmental agencies, mainly at the federal level.

The analysis was prepared for EL PAÍS by various representatives of four civil society organizations that work mainly in the environmental area: ICV, Greenpeace, WWF and Observatório do Clima.

Since the beginning of the year, it was already known that the region would face its worst drought in almost five decades, that the flow of one of its main rivers, Paraguay, would be considerably reduced, and that the lack of action in the main neighboring biome, the Cerrado would directly affect the Pantanal.

Even so, the government took almost three months to deploy brigades and cut the budget to fight the fires by up to 48%.

“This situation in the Pantanal is repeating itself.

We also had a great catastrophe.

2019 burned more than in the last ten years.

It was already a sign that planning was needed.

But nobody has done anything, ”says Cássio Bernardino, Conservation Analyst at WWF-Brazil.

As of the 15th, the Pantanal had already registered 15,453 heat sources, according to the National Institute for Space Studies (INPE).

It is the highest rate in the historical series, which began in 1998. More than 15% of the entire Pantaneiro territory has been destroyed.

In the Amazon, the figures are not promising either.

During the same period, the Amazon biome exceeded the total number of outbreaks registered for the entire month of September 2019. 20,486 fire outbreaks have already been registered, an increase of 86% compared to the same period last year.

One of the criticisms made of the Bolsonaro government's management is related to the reduction of funds for prevention and environmental surveillance.

The two main federal agencies that act in this area are IBAMA and ICMBIO (Chico Mendes Institute for Biodiversity Conservation).

On the other hand, the prevention and control of forest fires fell by 16% during the same period, going from 8.76 million dollars annually to 7.37 million.

At ICMBIO, the decline was proportionally greater.

The area of ​​environmental surveillance and prevention and combat of forest fires ran out of 48.6% of its budget.

At the beginning of 2019, the Government dissolved the Council of the Amazon Fund, which managed international money for the environmental area of ​​the entire country.

The governments of Norway and Germany are the biggest contributors.

Today, there are more than 283 million dollars frozen in an account that no one can use because there is no one to manage it.

"While we worry about budget cuts, we have international money standing still that could be being used to prevent and fight fires," says Suely Araújo, an expert in public policy from the Observatório do Clima and former president of IBAMA.

The government's response is to invest in militarization to fight fires.

The Verde Brasil 2 operation, led by Mourão, is the main one.

"With two months of this operation, the salaries of a thousand IBAMA guards are paid for a year," says Araújo.

For her, the problem is not necessarily the lack of resources, but the lack of political will to use them. 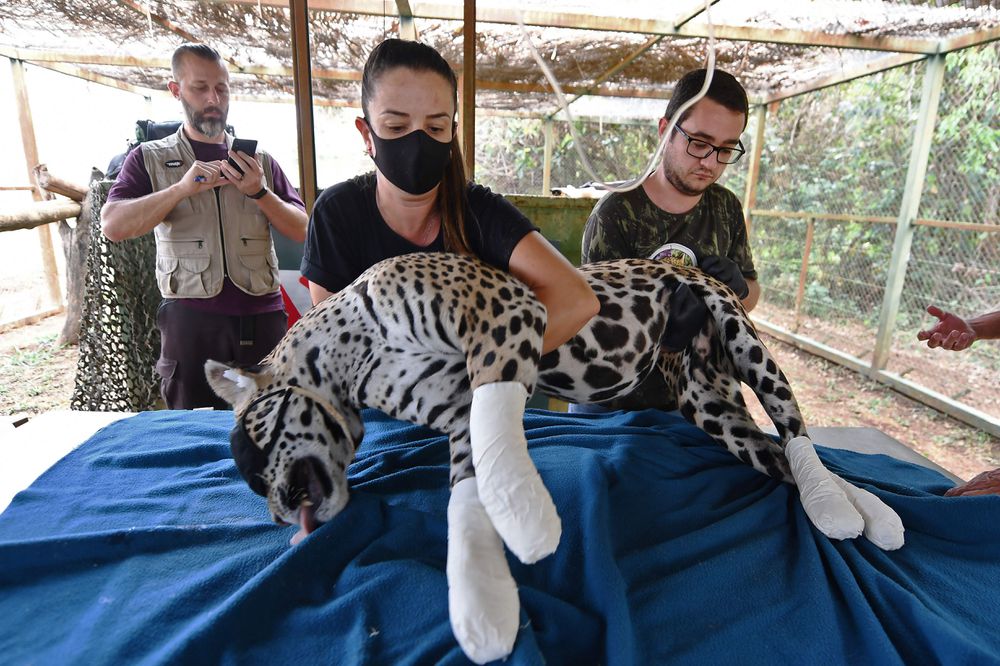 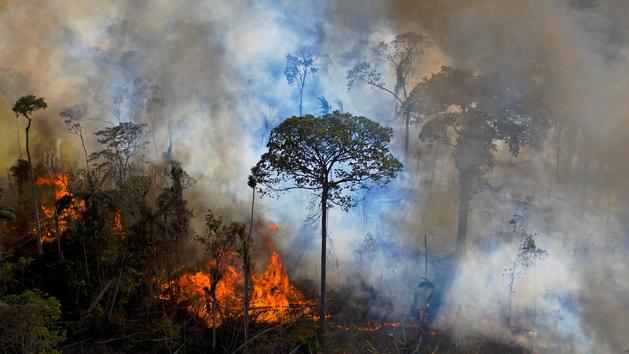 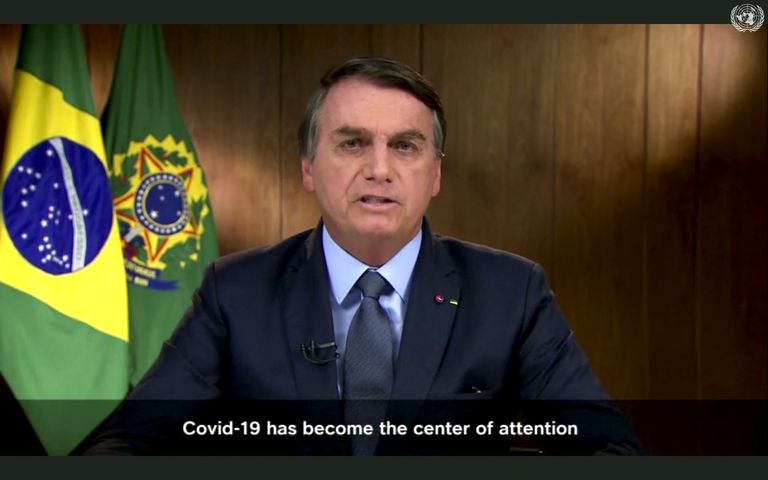 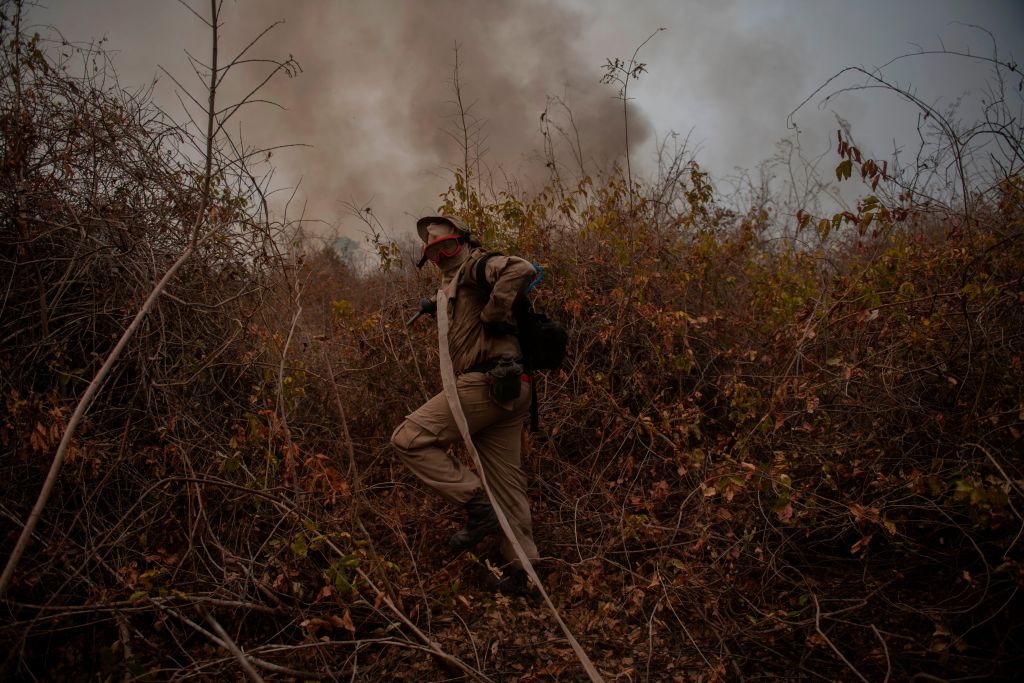 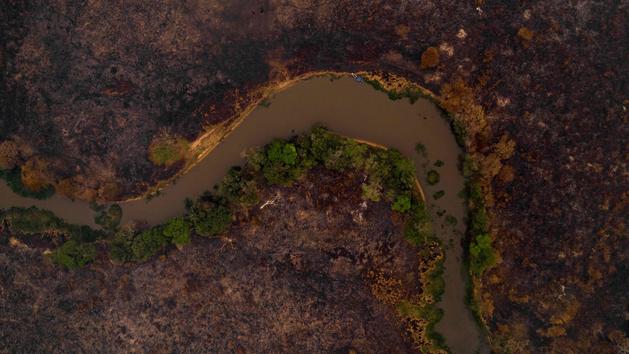 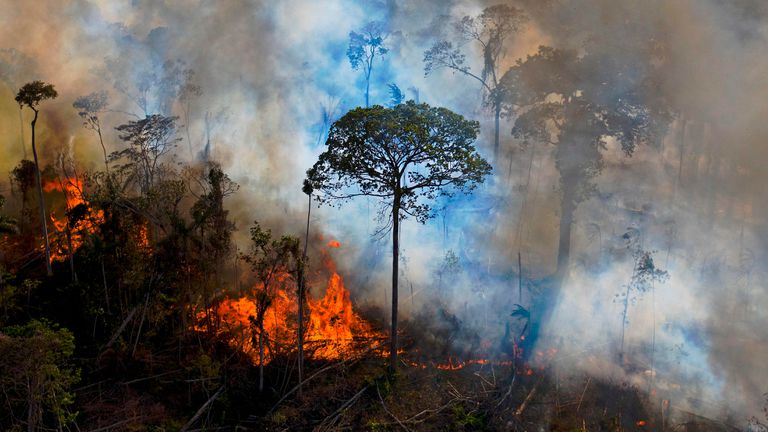 The Brazilian Amazon faces the worst fire wave of the decade 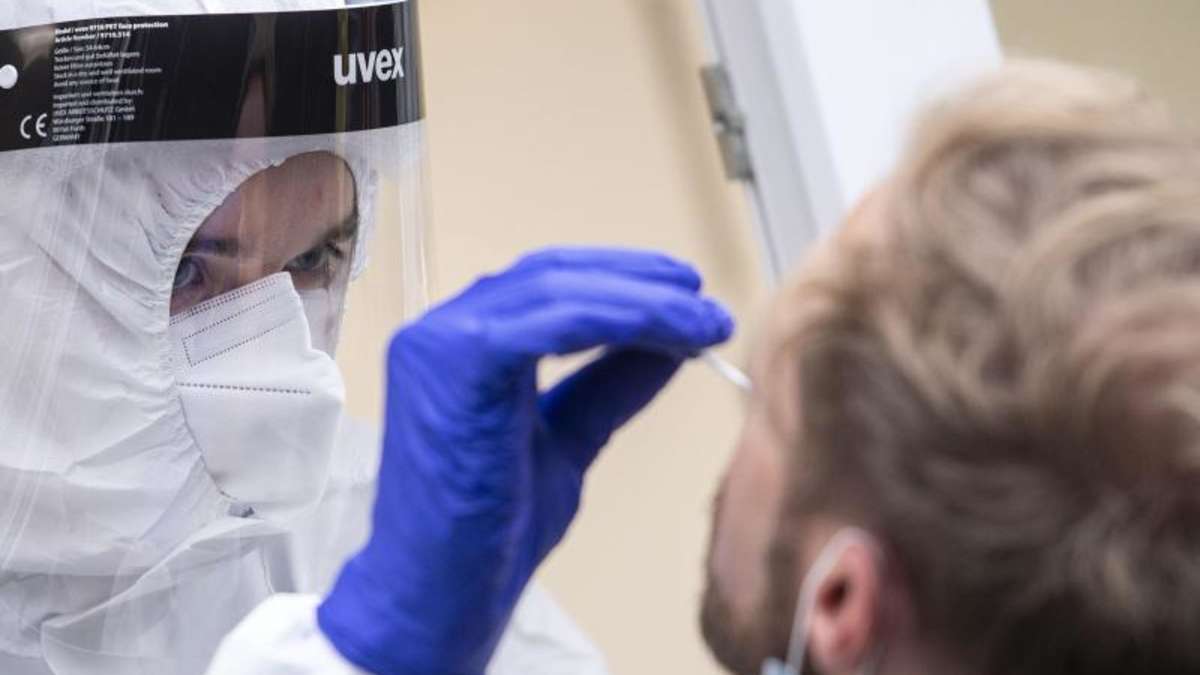 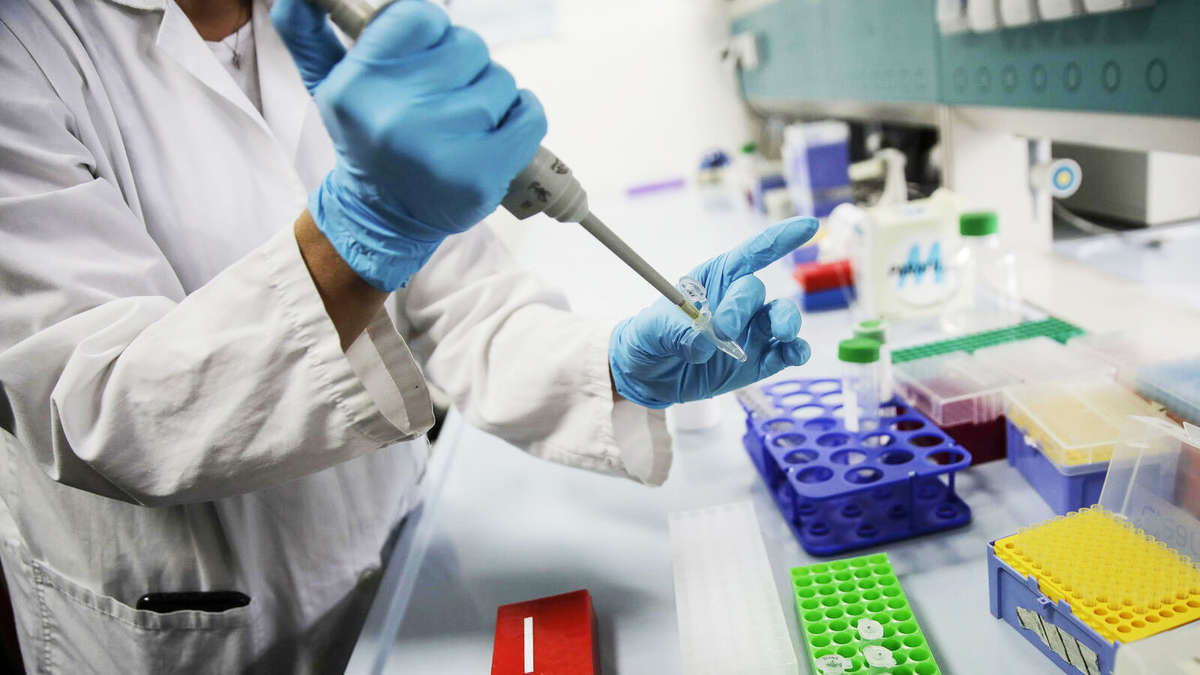 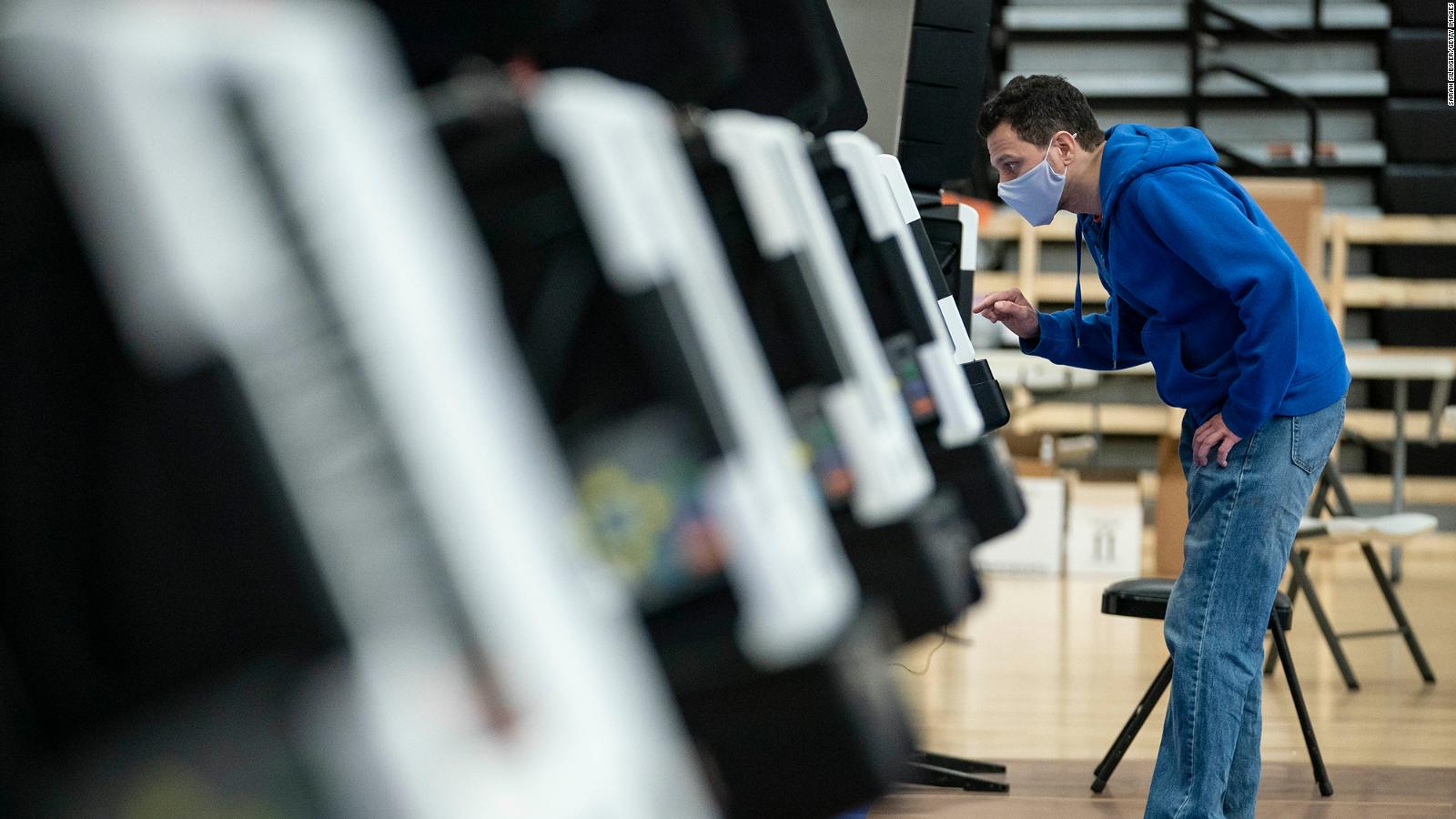 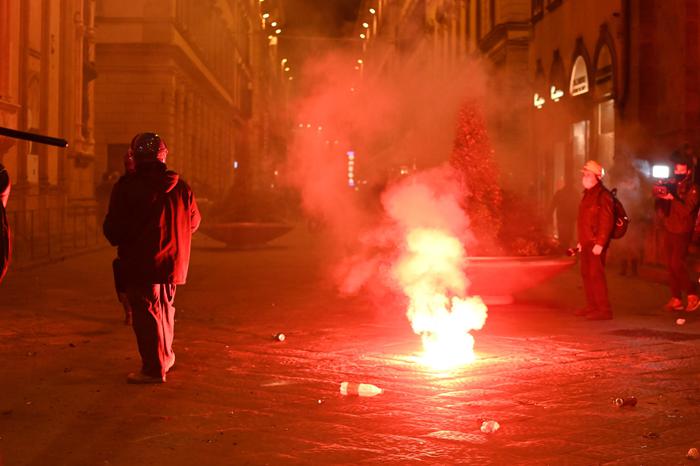 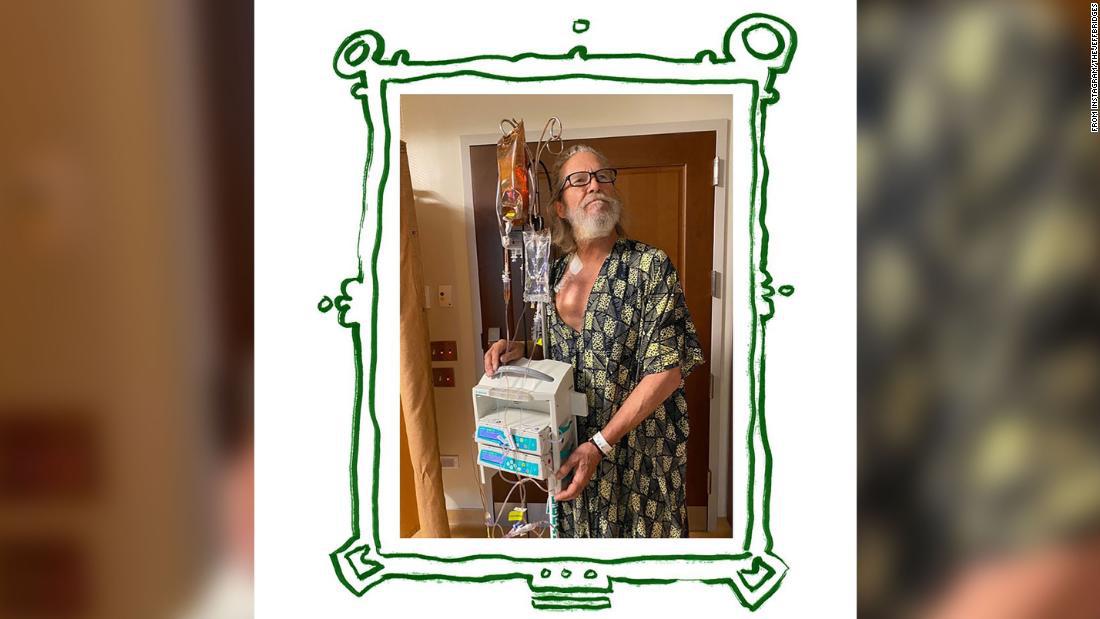