Last weekend, the Ministry of Commerce of China officially announced the "Regulations on the List of Unreliable Entities." Mainland official media reporters quoted news that HSBC Bank is likely to be included in the list. HSBC’s main profits are in Mainland China and Hong Kong.

Last weekend, the Ministry of Commerce of China officially announced the "Regulations on the List of Unreliable Entities." Mainland official media reporters quoted news that HSBC Bank is likely to be included in the list.

HSBC's main profits are in Mainland China and Hong Kong. If it is included in China's "unreliable entity list", the consequences will be very serious.

This made the parent company Hui Holdings, which had been trapped in its business and Sino-US rivalry, once again plunged into the water. The market opened on Monday (21) and fell below the psychological threshold of 30 yuan, and closed at a low of 29.3 yuan.

HSBC has a deep relationship with Hong Kong. It was once a representative company in Hong Kong. For Hong Kong people, HSBC's experience is somewhat empathetic.

If HSBC is indeed included in the "list of unreliable entities", what will be its fate?

Recently, HSBC has been experiencing negative news, and the past weekend has been even more troublesome.

According to mainland official media, HSBC is likely to be included in China's "unreliable entity list" along with FedEx and others, indicating that HSBC may face Chinese sanctions.

HSBC’s main business and profits come from the Asia-Pacific region, especially the Greater China region where Hong Kong is the mainstay. If HSBC is included in China’s "Unreliable Entity List", it will not be allowed to invest in China, engage in import and export, or even prohibit its related People entering and exiting, even if the regulations may not affect Hong Kong, it will have an unimaginable blow to HSBC.

"Global Times" chief reporter Qingqing Chen said on his personal social network that HSBC may be included in the "list of unreliable entities."

HSBC may get China's release

At the end of May last year, China put forward a "list of unreliable entities," aimed at imposing sanctions on foreign companies that are harmful to China and that do not comply with market principles to block and cut off supply of Chinese companies.

However, the news about the list has been reported for more than a year and has not been specifically announced. At one time, people thought that China had abandoned its plan in consideration of foreign capital retention and business environment.

After more than a year of deliberation, the "Regulations on the List of Unreliable Entities" finally came out. Obviously, China has not given up the relevant decision.

From the content of the Regulations, although the dilemma HSBC faces is severe, it is not without a solution.

China's establishment of the list should mainly use the punishment mechanism as a lever to correct some behaviors that are considered to infringe on Chinese enterprises and national interests.

Some people believe that the "list of unreliable entities" will discourage foreign investors from investing in China, which may not be worth the loss.

It is difficult to say how much impact it will have at the moment, but the authorities have put forward relevant regulations after careful consideration, which means that HSBC has to face up to a series of issues that the mainland is concerned about.

It is very likely that HSBC will not be included in the "Unreliable Entity List" immediately, but will be investigated and there will be room for defense.

It is estimated that as long as the company meets the requirements of China after the correction, it can be released and will not be completely blocked.

In the case of HSBC, it may eventually have to make a partial compromise with China in exchange for a list of departures.

In fact, HSBC's position has always been very special, and China and the West are inseparable.

On the positive side, HSBC's particularity helps it to find ways to reap the benefits of both China and the West. On the negative side, once it is not handled properly, it may become a dilemma, or even be attacked by both sides as it is now.

It was reported last year that Meng Wanqiu was arrested by HSBC for confidential confession, which has already been targeted by Chinese state media. It is not surprising that it has fallen into the "list of unreliable entities."

On the other hand, HSBC does not necessarily please Britain, the United States and other countries.

Last week, the BBC quoted a confidential document saying that HSBC allowed suspected Ponzi schemes investigated by the US to transfer tens of millions of dollars from the US to Hong Kong between 2013 and 2014. HSBC clarified that the incident was reported to the US authorities.

Regardless of whether this affects HSBC, some concessions made by HSBC to the Chinese government, such as expressing support for the "Hong Kong National Security Act" and closing some accounts suspected to be connected to the protesters, have attracted dissatisfaction in the United States and even been dissatisfied by the US Secretary of State. Peo criticized by name.

Liang Zhenying, vice chairman of the National Committee of the Chinese People’s Political Consultative Conference, stated that HSBC cannot make money from China while doing things that harm China’s sovereignty, dignity and people’s feelings with Western countries. "We want to let British government, politicians, HSBC and other British institutions know which side of the bread is buttered".

The current predicament of HSBC is not a microcosm of Hong Kong.

Hong Kong has a connection with both China and the West. When Sino-US relations are mild, they can reap both sides.

However, as China and the United States have fallen into a full-scale struggle, Hong Kong has seen difficulties. If it is not handled properly, it may fall into the current predicament of HSBC.

However, HSBC can still choose not to do business in Hong Kong and mainland China. It's over a hundred, but Hong Kong does not have the space to choose whether it is in China or not.

As a part of China, Hong Kong can strive for space under "one country, two systems," but it cannot ignore and respect the sovereignty and national security issues that the central government is concerned about. This is also the foundation for Hong Kong to continue to settle down. 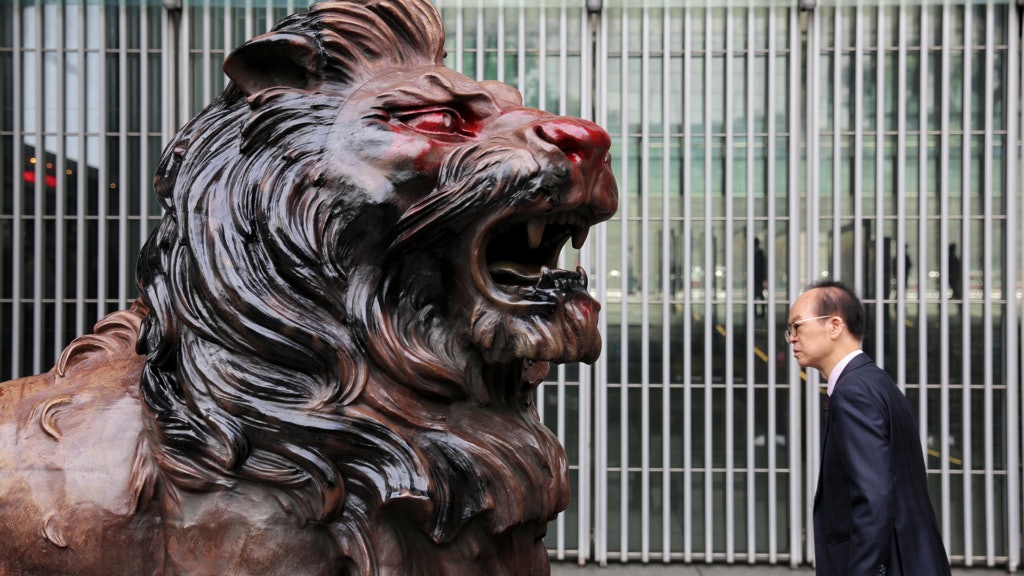 HSBC rumored to be listed as unreliable, stock price falls below 30 yuan 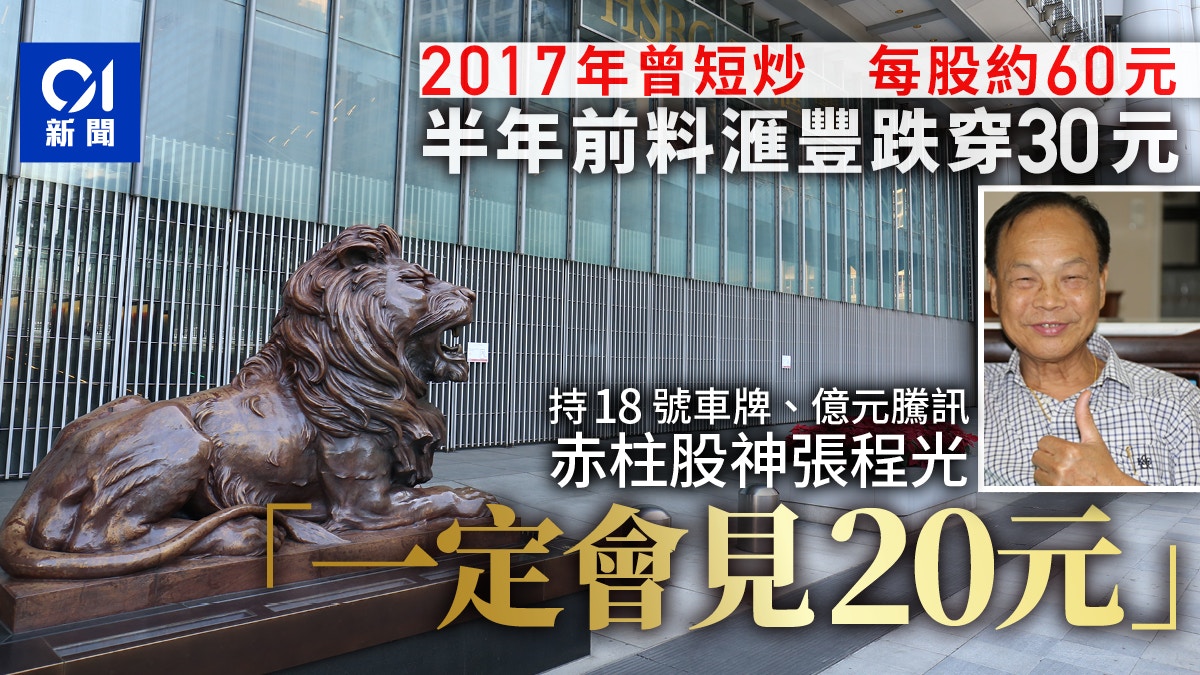 HSBC hits a record low, Stanley stock Shen Zhang Chengguang once reduced Tencent's switch to HSBC, expected to be as low as 20 yuan 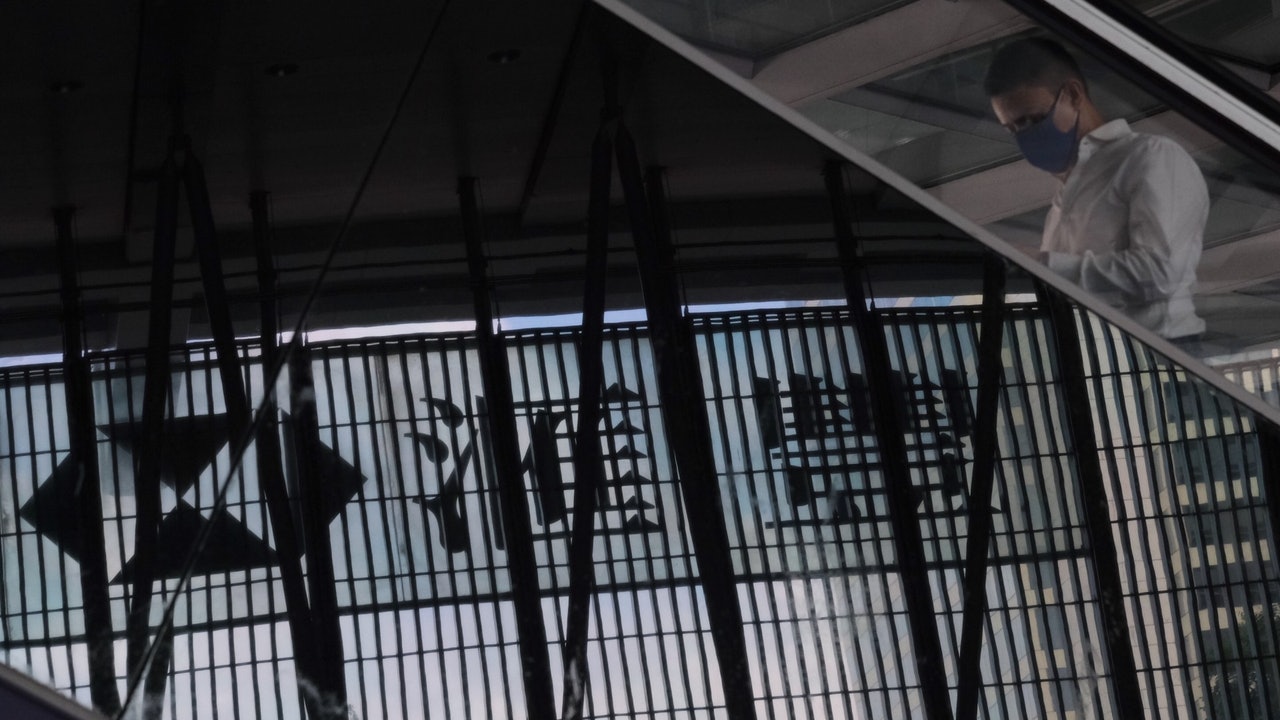 HSBC shares hit a 25-year low Chen Zhenying: All friends around him "stop the loss" 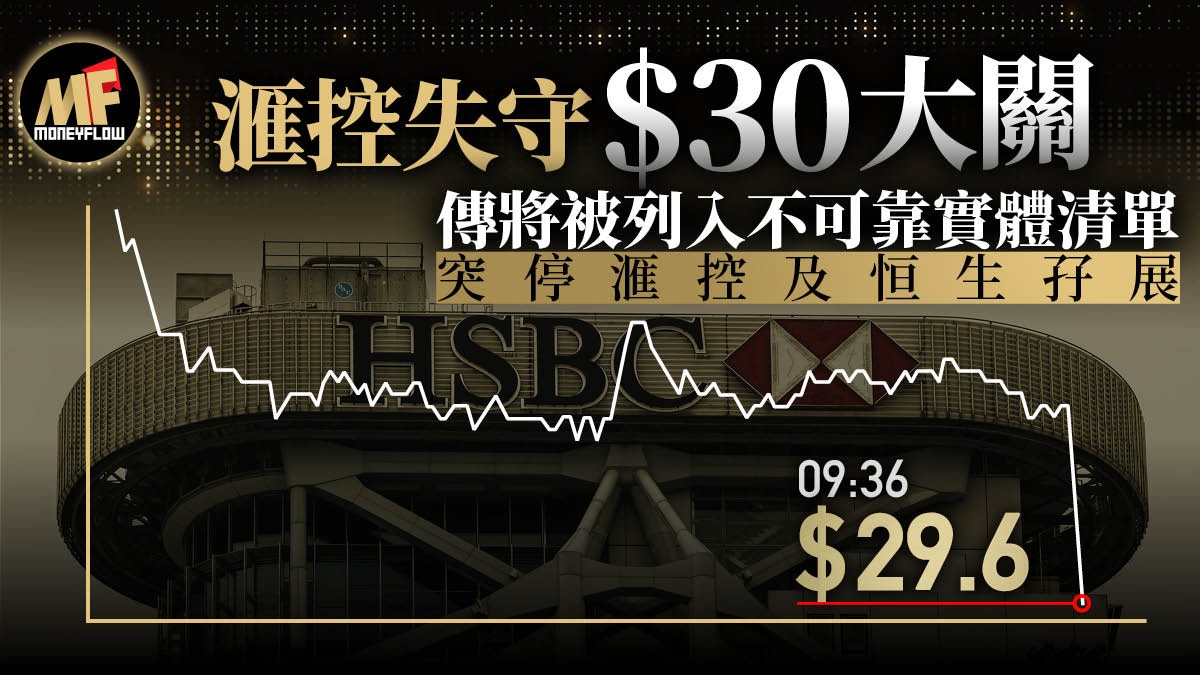 HSBC loses 3.2% and falls below the 30 yuan mark and will be included in the list of unreliable entities 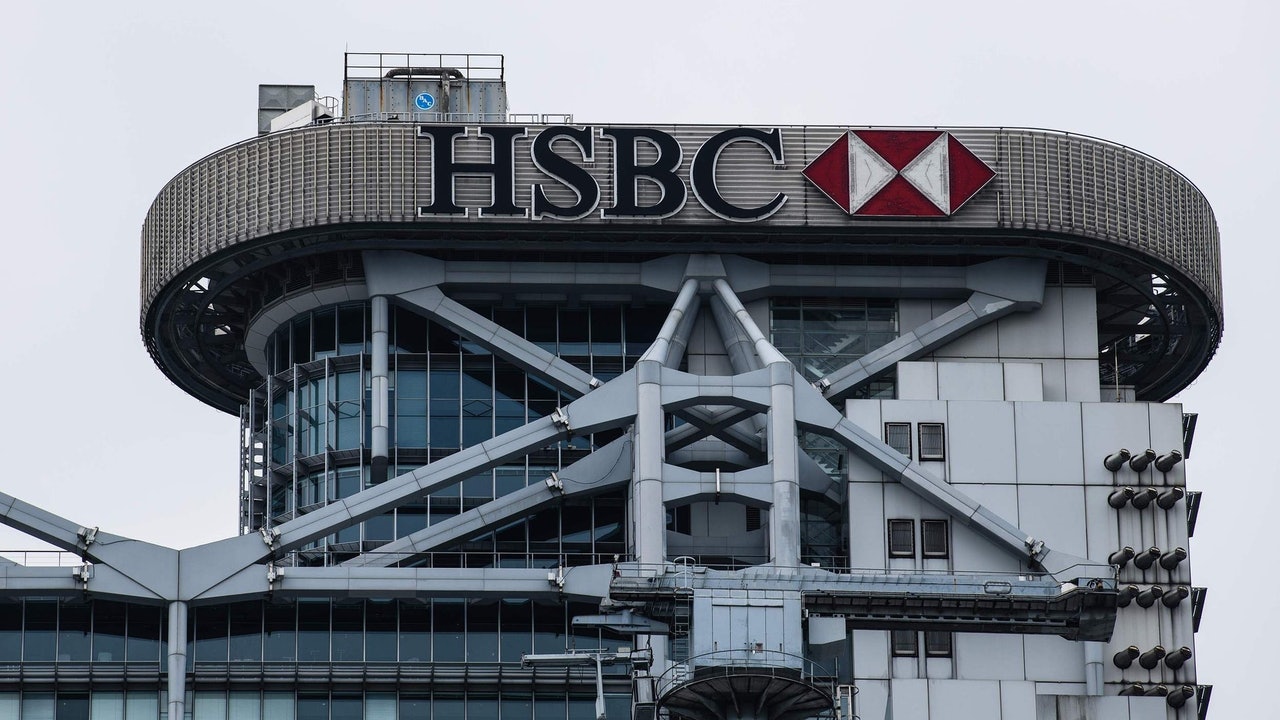 HSBC fell 3.2% and fell below the 30 yuan mark and will be included in the list of unreliable entities 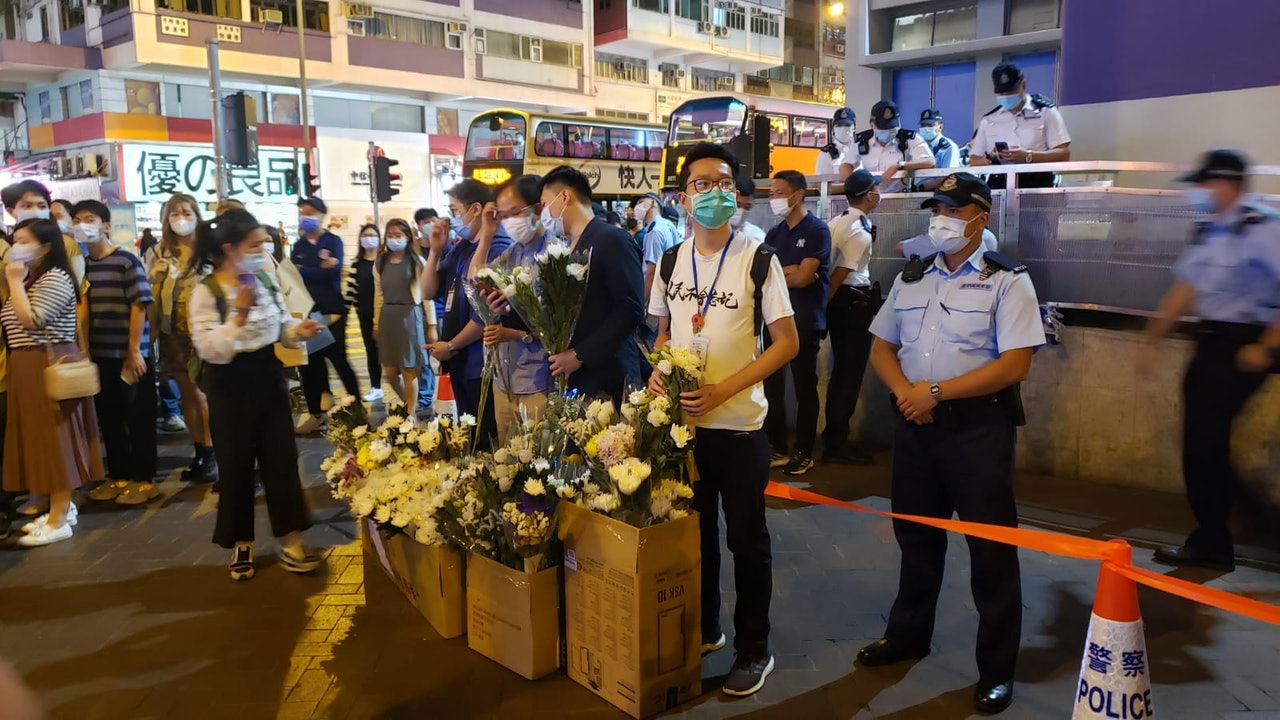 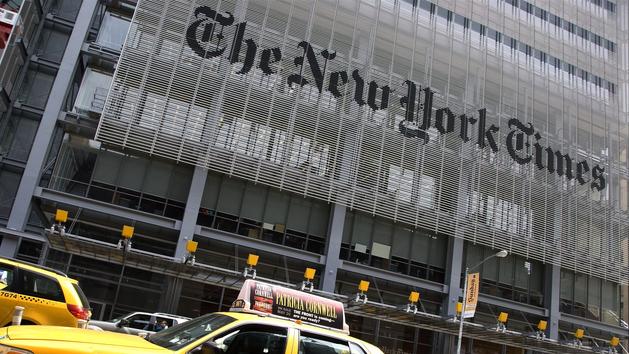 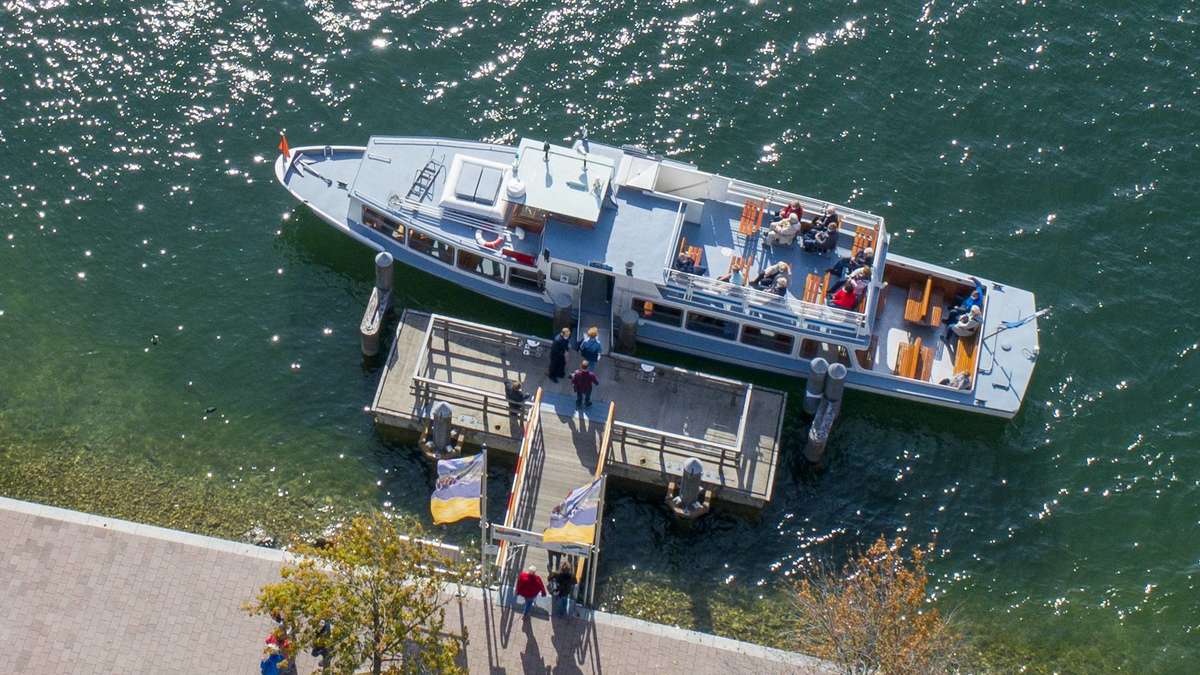