Rising corona infection numbers, worries about new restrictions and dreary guidelines from overseas sent the Dax in depth on Thursday. The leading German index is losing around 3 percent. 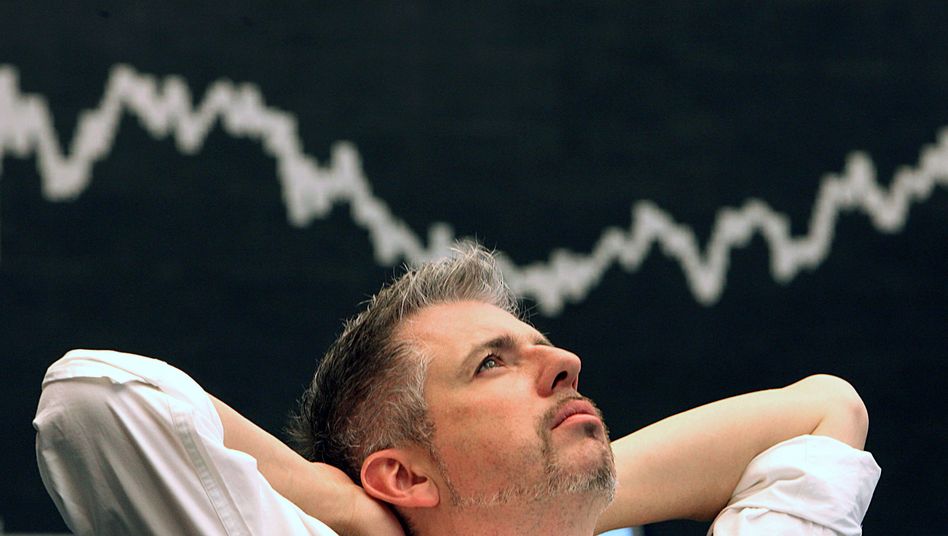 Down: The Dax comes under pressure again

Rising corona infection numbers and dreary guidelines from the overseas stock exchanges weighed on the German stock market on Thursday.

All 30 DAX stocks were in the red.

The shares of Volkswagen, Siemens and Telekom were among the biggest losers, with losses between 3 and 4 percent.

"Covid-19 is back on the stock market," said Christian Henke, an analyst at the brokerage firm IG Markets.

In view of the increase in new positive tests in Germany and the upcoming flu season, fear of a second lockdown arises again.

"This would have fatal consequences for the economy and the financial markets."

The MDax of the 60 medium-sized stock market stocks was 1.8 percent lower.

After a weaker second half of September, the Dax had picked up again since the beginning of October and jumped the hurdle of 13,000 points.

But in view of the rampant pandemic, the German benchmark index recently ran out of breath.

At the trading centers in Asia, prices also fell on Thursday, just as the indices in the USA had closed weaker the previous day.

For Germany, the Robert Koch Institute (RKI) reported more than 6,600 new infections with the corona virus within one day.

Although the Dax has recently shown itself to be surprisingly robust, according to the market, some observers are now expecting increasing selling pressure on the stock exchanges.

Auto and chemical stocks under pressure

On the corporate side, members of the industries particularly affected by the pandemic came under pressure in the morning trading in the Dax family.

In the leading German index, in which there was not a single winner, the car values ​​held the red lantern with losses of around three percent.

In return, real estate stocks, which are considered defensive, were able to hold up best despite price losses.

In the MDax, Lufthansa shares, which had already been very weak on the previous two trading days, continued to slide.

Concerned about new global travel restrictions, the paper of the airline went down by more than six percent at the end of the index.

The Thyssenkrupp shares meanwhile continued their almost unbroken price decline for weeks with a minus of more than five percent.

The supplier ElringKlinger, on the other hand, set off a bright firework of prices with an increase of 18 percent in the back rows of the stock market: Here a cooperation with the aircraft manufacturer Airbus and a positive analyst comment attracted investors.

The companies want to jointly develop fuel cells for aviation in the future.

Dow Jones and Nasdaq with losses

Another negative factor currently remains the political rigidity in the USA: There the negotiations between Republicans and Democrats about a further economic stimulus program to cushion the Corona crisis are still at a dead end.

US Treasury Secretary Steven Mnuchin believes it will be difficult to reach an agreement before the presidential election on November 3rd.

In addition, there is still uncertainty about the EU's future relationship with Great Britain.

The initial buyers on Wall Street quickly retreated on Wednesday.

The Dow Jones Industrial turned into the red early on and finally lost 0.58 percent to 28,514.00 points.

The day before, the US benchmark index had paid tribute to its previous rally and fell by a good half a percent.

Most of the Asian exchanges gave way on Thursday.

One reason was dwindling hopes for a quick agreement between the Democrats and Republicans in the US on a new economic stimulus package.

The Japanese leading index Nikkei 225 recently fell by around half a percent.

The Hang Seng index in the Chinese special administrative region of Hong Kong fell by more than one percent, while the CSI 300 with the 300 most important stocks on the Chinese mainland stock exchanges recently held up well with a small plus.

While the economic agenda is mainly dominated by data from the USA, investors on the corporate side still have to digest some quarterly reports from the previous day before the quarterly data from the construction company Hochtief follow during the course of the trading day.

Meanwhile, the wholesaler Metro with its declining sales figures for the past financial year is in view.

However, the group was able to achieve the upper end of its own targets on a like-for-like basis.

This Thursday, the well-founded statement of the Metro management board on the takeover offer from billionaire Daniel Kretinsky is expected, which he had already rejected.

Drägerwerk shares were clearly positive before the trading session.

The Lübeck-based medical and security technology group continues to benefit from the high demand for its products in connection with the corona pandemic and reported a sharp increase in sales and earnings for the past quarter.

Volkswagen and the truck and bus subsidiary Traton could also be worth a look.

Traton is putting pressure on the planned takeover of the US truck manufacturer Navistar and has now set a deadline of this Friday.

Traton has made it clear that they do not want the takeover at any price, said a dealer.

The euro was stable above the $ 1.17 mark in early trading on Thursday.

In the morning, the common currency cost $ 1.1755, roughly the same as the night before.

The European Central Bank (ECB) set the reference rate on Wednesday afternoon at $ 1.1750.

On Thursday there are only a few economic data in the eurozone that could cause more movement in the currency market.

However, some high-ranking central bankers have spoken out, including ECB President Christine Lagarde.

In the US, the weekly initial jobless claims are likely to attract the most interest as they provide insight into the labor market.

It is true that the job market has tended to recover from its slump in the Corona crisis in recent months.

However, almost half of the job losses, which run into the millions, have not yet been made up for.

The euro gained ground to trade at $ 1.1762 in the early afternoon.

The European Central Bank (ECB) set the reference rate on Tuesday at $ 1.1787.

On the bond market, the current yield fell from minus 0.56 points the previous day to minus 0.58 percent.

The price for a barrel of the US West Texas Intermediate (WTI) was also unchanged at $ 41.03.

According to market observers, an industry report supported prices, indicating a sharp decline in US oil stocks.

The government will announce its official weekly data on Thursday afternoon.

The numbers come a day later than usual on Monday due to a public holiday.

with material from Reuters and dpa 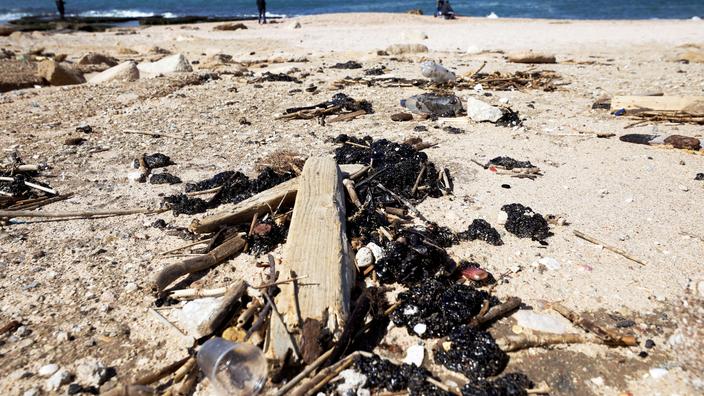