The "Queen Anne's Revenge" was the flagship of the infamous pirate Blackbeard, her hull covered with lead patches. They reveal how bad things were with the three-master - and why it ran aground. 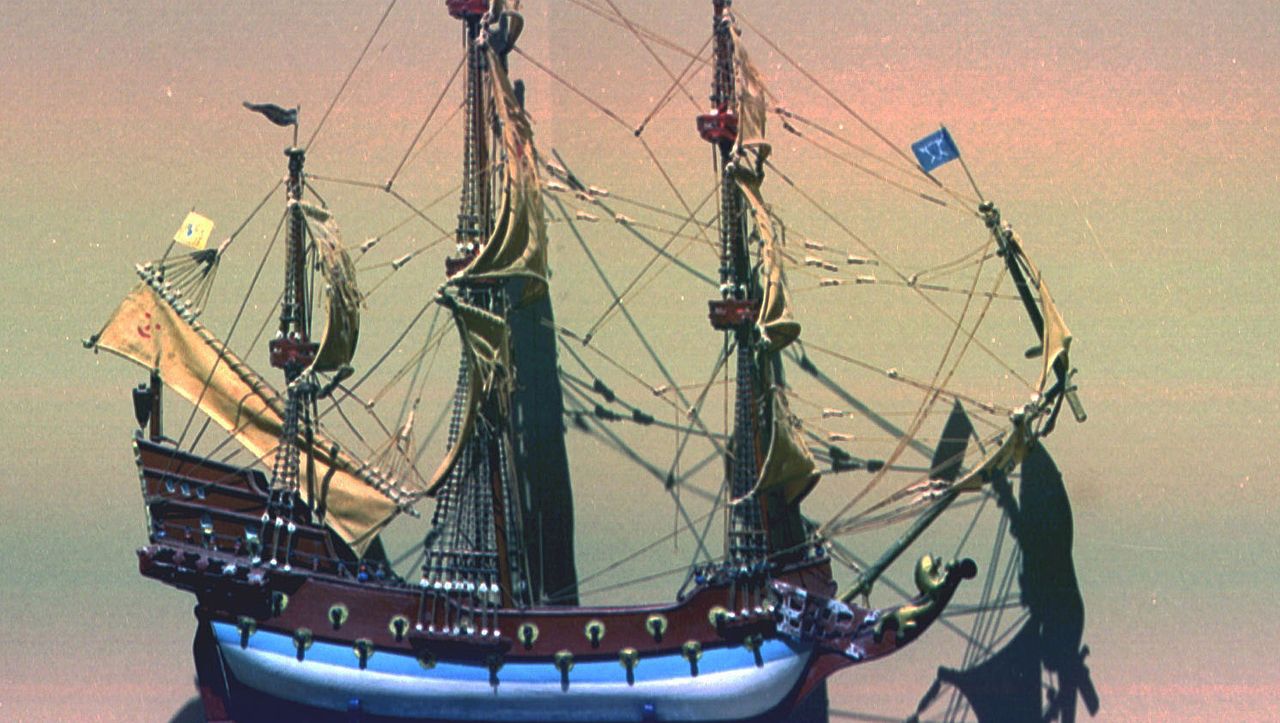 Edward Teach, better known as Blackbeard, was one of the most feared pirates of his time.

As soon as the masts of his flagship appeared on the horizon, the captains of the slave and merchant ships trembled with fear.

All the more inglorious was the end that the notorious pirate prepared for his "Queen Anne's Revenge" off the coast of North Carolina: On June 10, 1718, after successfully blocking the port of Charles Town, he set the ship aground in the shallows of the Beaufort Channel left it behind, along with part of the crew.

Blackbeard fled with most of the valuable booty.

But the accident was probably not an accident - it could have happened on purpose, as the archaeologist Jeremy Borrelli now discovered when investigating finds from the wreck.

Because the proud "Queen Anne's Revenge", once the horror of the Caribbean and the American east coast, was already a floating wreck at that time.

And Blackbeard must be glad to be rid of her.

Borrelli is a researcher at East Carolina University in Greenville.

Numerous lead patches that had been found during dives to the wreck over the years brought him on the trail of the pirate.

Such patches, the scientist reports in the "International Journal of Nautical Archeology", were used as emergency plasters to seal leaks - they were common on heavily used ships such as the "Queen Anne's Revenge".

The oldest known lead patches come from the Porticello wreck, which sank in the Strait of Messina around 400 BC.

And sooner or later every seaworthy vehicle inevitably got leaks.

Because even if a ship belongs in the water, its destruction begins with the first wave contact.

Within a few minutes in the water, a slimy film of bacteria and other microorganisms forms on the surface of the hull.

They begin to decompose immediately and prepare the way for further life: after three weeks the wood is so attacked that barnacles and mussels can establish themselves and cause additional damage.

If the swell then exerts strong pressure on the planks, seawater will soon penetrate through cracks.

Lead was ideal for mending leaks

They first smeared a mixture into the cracks, which could contain tar, resin, animal hair or ground glass.

They also hammered lead patches over the wound in the wood.

Lead was the ideal material for this: it was easy to shape and flexible enough to accommodate any movement of the planks.

Depending on the size of the leak, the caulkers cut larger plates, patches or strips - sometimes they just pressed wires directly into the cracks.

All these forms of lead patchwork were found on Queen Anne's Revenge.

And they survived the 300 years in the water of the Beaufort Inlet well.

When divers brought the pieces with them from the depths, some of the nail holes were still clearly visible, and some of them even had remains of the sealant.

Why does an archaeologist deal with inconspicuous lead patches instead of gold doubloons on a pirate ship?

"The ship itself is one of the most important artifacts in the entire find complex," explains Jeremy Borrelli.

"By examining its structure, we learn about construction techniques, modifications or what measures have been taken to increase the service life."

Because when the pirate captain took over the three-master, it was nowhere near a virgin sailing ship.

Blackbeard captured the "Queen Anne's Revenge" on November 28, 1717 near the west Indian island of Saint Vincent from a French slave trader.

Built as a merchant ship in 1710, she had transported slaves in the Transatlantic Triangle for most of her service.

The owners gave as little thought to the maintenance of the "La Concorde", as it was then called, as to the human cargo below deck.

Sailors cheated for their prey

The ship suffered many wounds.

In 1712 an English warship fired on her bow off Haiti and caused severe damage.

Five years later, the "La Concorde" got caught in a storm that cost her two anchors and the figurehead.

When Blackbeard took possession of the ship, he sold the slaves in the port of Martinique and abandoned the old crew there - except for a few specialists.

Among other things, he kept the captain, two carpenters and the caulker with him: precisely those seafarers who knew every plank, every bolt, every weak point of the ship.

The French "La Concorde" has now become the British "Queen Anne's Revenge", named after the last Queen from the House of Stuart.

"The historical records of serious leaks clearly indicate that the 'Queen Anne's Revenge' was not in the best shape," summarizes Borrelli.

"Whether the leaky hull prevented navigation and led to the run-up, or whether Blackbeard was aware of the devastating condition and wanted to get rid of the useless vehicle - we don't know. Perhaps we will never know. But these aspects of the wreck too examine gives us insight into the possible mindset of one of the most feared pirates in history. "

Historical reports mention another reason Blackbeard may have abandoned his ship: greed.

The accident gave him an excuse to launch 25 of his seamen on a small sandy island off the coast before switching to the much smaller ship "Adventure" in his fleet.

He kept your share of the booty for himself.

Rusty lumps from the ocean floor reveal a lot

At the bottom of the Beaufort Inlet there are probably still many answers to questions about Blackbeard's life - because so far only around 60 percent of the ship has been examined.

And since divers from a private research company discovered the "Queen Anne's Revenge" in 1996, the wreck has been causing new surprises.

Divers recovered two enema syringes like the ones doctors used to treat diarrhea, infections, syphilis and indigestion, as well as a urethral syringe that could be used to inject mercury into the urethra - a common cure for syphilis at the time.

The instruments are stamped by French manufacturers from the late 17th and early 18th centuries;

they were part of the equipment of the French surgeons on board the "La Concorde", which Blackbeard had kept with the carpenters and the caulker.

Most of the artifacts first come to the surface as lumps: lumps of iron rusted beyond recognition, mixed with sediment and other materials.

From some there is nothing that can be saved.

"But recently the laboratory was even able to preserve a piece of paper with words printed on it," says Borrelli, "with which a cannon barrel was sealed."

It turned out to be a page from Edward Cooke's "A Journey to the South Seas and Around the World".

So the infamous pirate actually owned an on-board library.

"Most of the time we don't know what we will find by examining and conserving these lumps," says the archaeologist, "but I am curious to see what we will learn next about the life of Blackbeard." 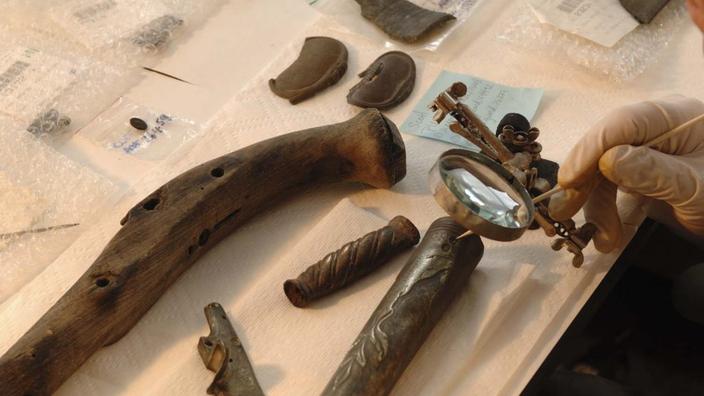 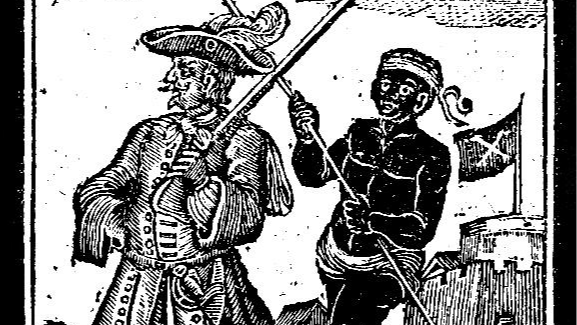 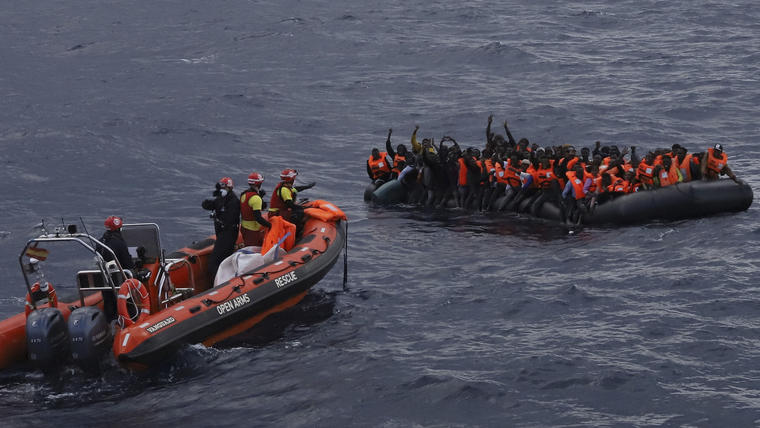 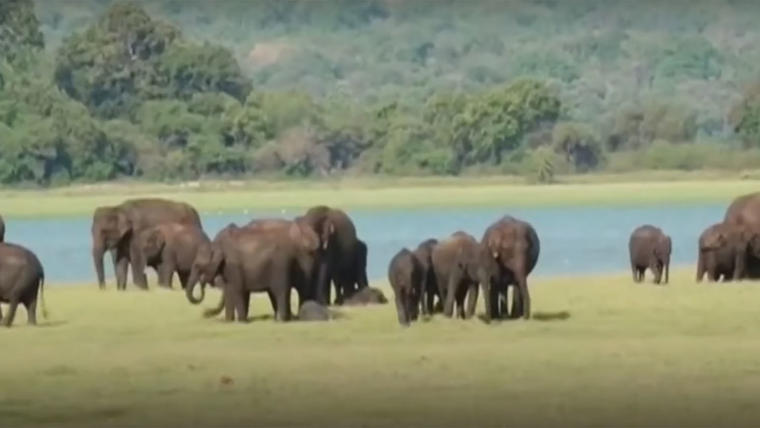 The infamous pirate Henry Every vanished without a trace in the 17th century. These coins can solve the mystery 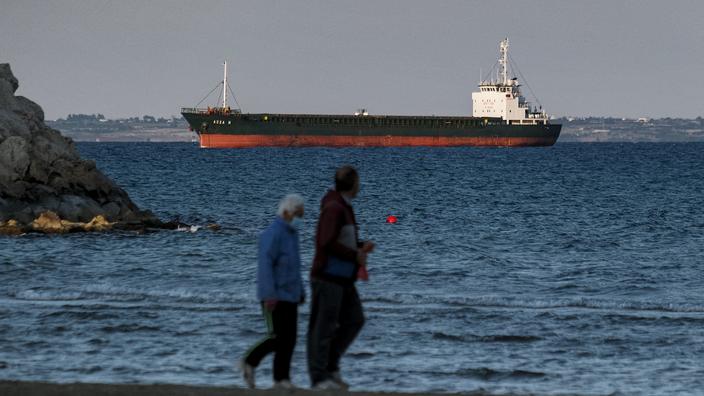 "Pariahs of the Caribbean": at sea, the agonizing upsurge of floating clusters 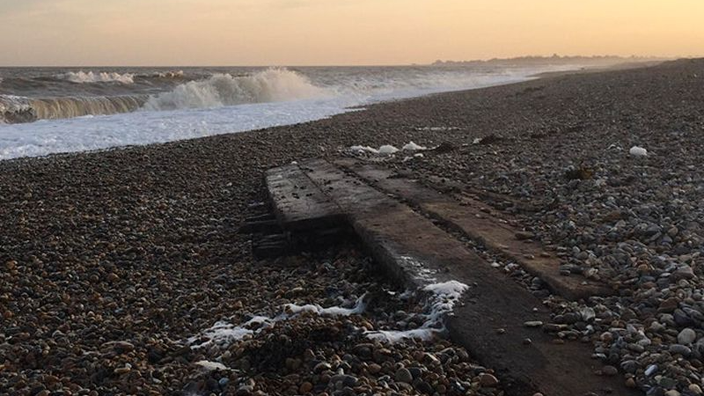 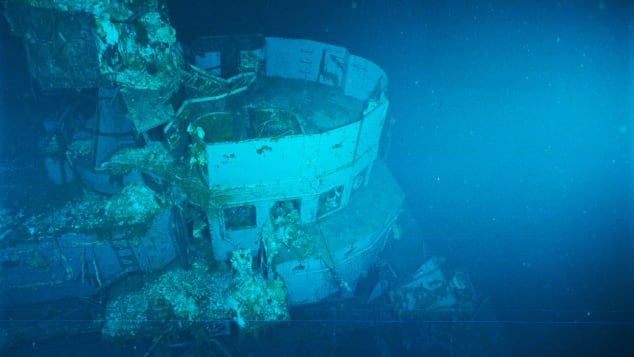 The man who found the Titanic faces a new mission