Cathay Pacific Airways, which has been rumored for layoffs and reorganization, today (21) announced its final plan to lay off 8,500 employees. You are the leader of the local aviation industry. Cathay Pacific has been rooted in Hong Kong for more than 70 years. There have been countless years of prosperity. It has also been named the best airline in the world. Unfortunately, its performance has declined in recent years and the failure of oil futures investment has caused losses. 30 years of "blue chip" status. Under the epidemic, the global aviation industry is in recession, and the temporary recovery is indefinite. Cathay Pacific, which has experienced many industrial storms, Asian financial turmoil, and SARS, also requires government capital injection for unprecedented proportions. "Hong Kong 01" looks back on Cathay Pacific's past 70 years of history. 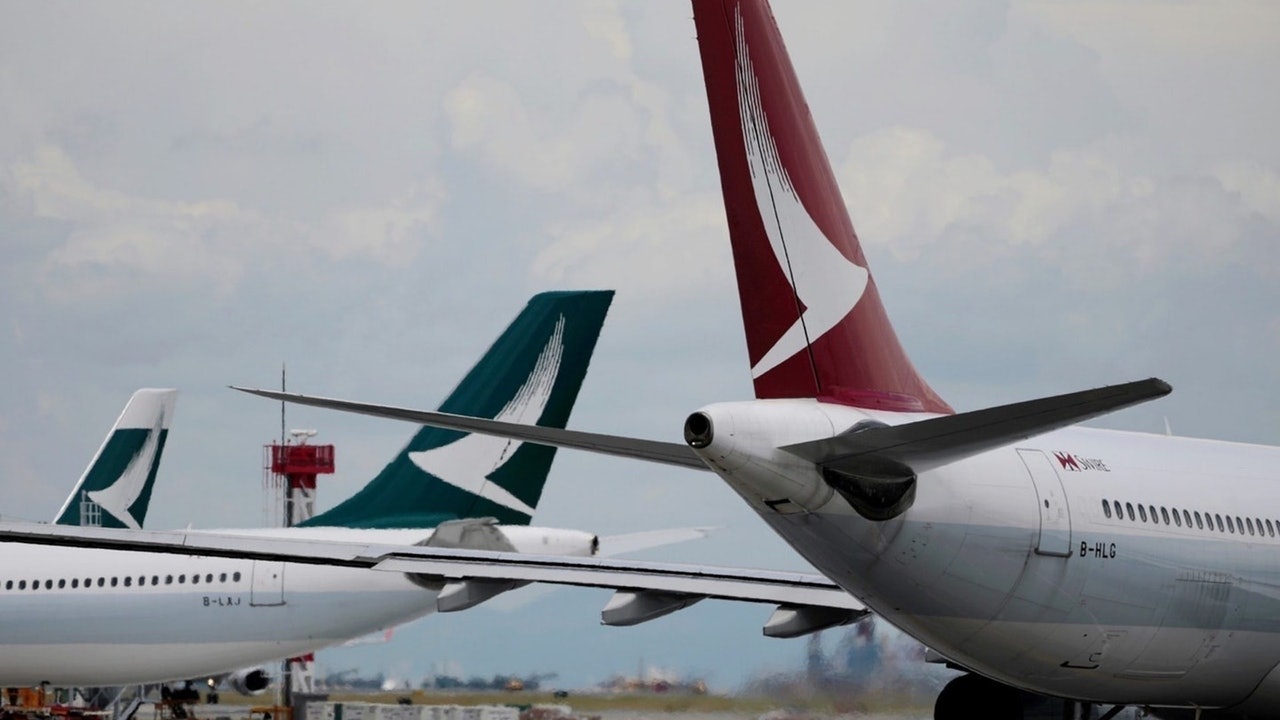 Cathay Pacific Airways, which has been rumored for layoffs and reorganization, today (21) announced its final plan to lay off 8,500 employees.

Cathay Pacific was founded in 1946 and was the first airline to provide civil aviation services in Hong Kong. It was founded by two Air Force pilots who had participated in World War II, namely Roy Clinton Farrell from the United States and Sydney Hugh de Kantzow from Australia.

Cathay Pacific initially developed in Shanghai under the name of "Aohua Import and Export Company", and was the first to transport goods to and from China and Australia, and then to Hong Kong to operate.

By 1948, the then British-owned commercial firm Taikoo International had acquired 45% of Cathay Pacific, Australia’s largest private airline, Australian National Airways, acquired 35%; the remaining 20% ​​was held by the original founders each holding 10%.

In October of the same year, the company officially registered its name as "Cathay Pacific". Among them, "Cathay" was the ancient name for China by Europeans in the Middle Ages, meaning "Khitan"; "Pacific" symbolized the two founders. China’s dream of flying across the Pacific.

Since then, Cathay Pacific became the only airline registered in Hong Kong, dominating the aviation industry for a period of time, until Dragonair was established in 1985.

In the decades of monopolizing the aviation industry in Hong Kong, Cathay Pacific opened a flight to Osaka for the first international airline in 1960; in 1982, it launched the first non-stop service from Hong Kong to Vancouver, Canada; later, it launched direct flights to Hong Kong. Non-stop flights from London, England.

Won the 4th best airline in the world

Despite decades of prosperity, Cathay Pacific also bursts with labor from time to time, and it is not the first large-scale layoffs.

In June 1981, 1,500 ground crews negotiated with the management about a salary increase and broke down, so they launched a three-day strike. At that time, all passengers' luggage was not weighed.

At the end of 1992, Cathay Pacific experienced a shortage of manpower. The labor and management negotiated on this. The flight attendants refused to work overtime. The management fired three employees. As a result, the employees went on strike at the beginning of 1993. It lasted for 17 days. The then Legislative Council finally intervened and established a monitoring committee to ensure The employees were not settled by the fall, and 3 employees were reinstated to finally resolve the tide of work.

By 1999, the Cathay Pacific Air Services Staff Association pointed out that Cathay Pacific unilaterally changed the salary structure of cabin attendants, suspended one-year salary increases, etc., and filed a lawsuit in the High Court. The lawsuit lasted for many years. Until March 2005, the union won the lawsuit. Compensation of 350 million yuan.

By 2007, labor and management renewed their dispute over the policy of self-payment of medical fees. They planned to strike during the Christmas tourist season. The Labor Department intervened to coordinate the incident, and the two parties finally reached an agreement.

After that, 250 Cathay Pacific employees demonstrated at the airport at the end of 2012, protesting an increase of only 2%, and issued an ultimatum. They planned to strike again during Christmas. In the end, the two parties reached an agreement to defuse the labor tide.

Cathay Pacific layoffs are not soft.

After the return of Hong Kong, immediately faced with the Asian financial turmoil, the tourism industry was hit hard. Cathay Pacific was also hit at the time and decided to lay off 760 employees.

As of May 2017, due to a huge loss of 8.5 billion yuan in fuel hedging, Cathay Pacific eventually turned from profit to loss and needed to lay off 600 employees; in November of the same year, Cathay Pacific was removed from the HSI constituent stocks and lost more than 30 years "Blue chip" status.

It is rumored that Cathay Pacific layoffs front-line flight attendants: basic salary reduced to 7000 yuan, colleagues change from perplexity to find a way out

Cathay Pacific layoffs | Pilots’ union survey: More than 90% of citizens believe that the international reputation of HAECO is critical

Anti-amendment incident was accused of using words to encourage employees

On August 9, the Civil Aviation Administration of the Mainland issued a safety risk warning to Cathay Pacific, requesting that those who participated in and supporting illegal demonstrations and demonstrations be prohibited from flying inland flights, and requested Cathay Pacific to report the identity information of all crew members flying to and over the airspace of the Mainland, such as Without review, the flight will be rejected.

He Gao, then chief executive of Cathay Pacific, resigned after the incident.

Cathay Pacific later fired many employees, including Shi Anna, the chairman of the Cathay Dragon Air Crew Association who was laid off due to social media remarks. It also promoted a "push gray" policy to encourage employees to report violations.

The trade union once held a rally to protest against this, thinking that the series of incidents were white terror and suppressed the employees' freedom of speech.

Entering 2020, the new crown pneumonia is raging around the world, countries have imposed entry restrictions, and the aviation industry is the first to bear the brunt. Cathay Pacific's multi-month passenger capacity has fallen by more than 90% year-on-year. Even if measures such as no pay period are introduced, it will not help. Announced to inject 27.3 billion Hong Kong dollars into Cathay Pacific.

Financial Secretary Chen Maobo said that if Cathay Pacific had an accident, systemic risks might be triggered, and the government decided to rescue and protect Hong Kong's status as an international aviation hub.

However, Cathay Pacific has always been unavoidable to lay off staff and reorganize its fate. As for the prospects, it is still unpredictable. 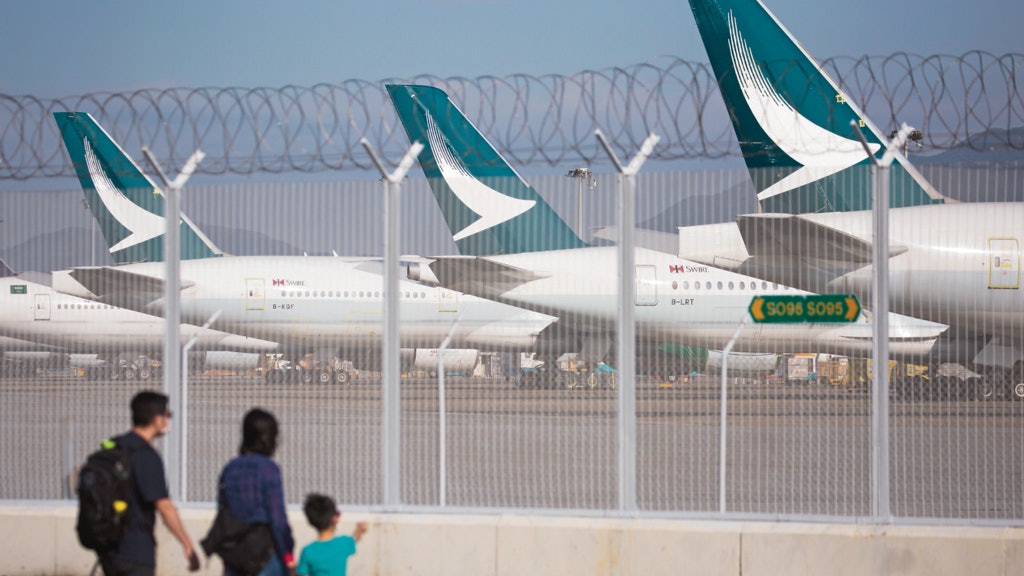 Cathay Pacific Chairman of the Greater Bay Area Aviation Application for Operating License: The most ideal time for non-approval of new airlines 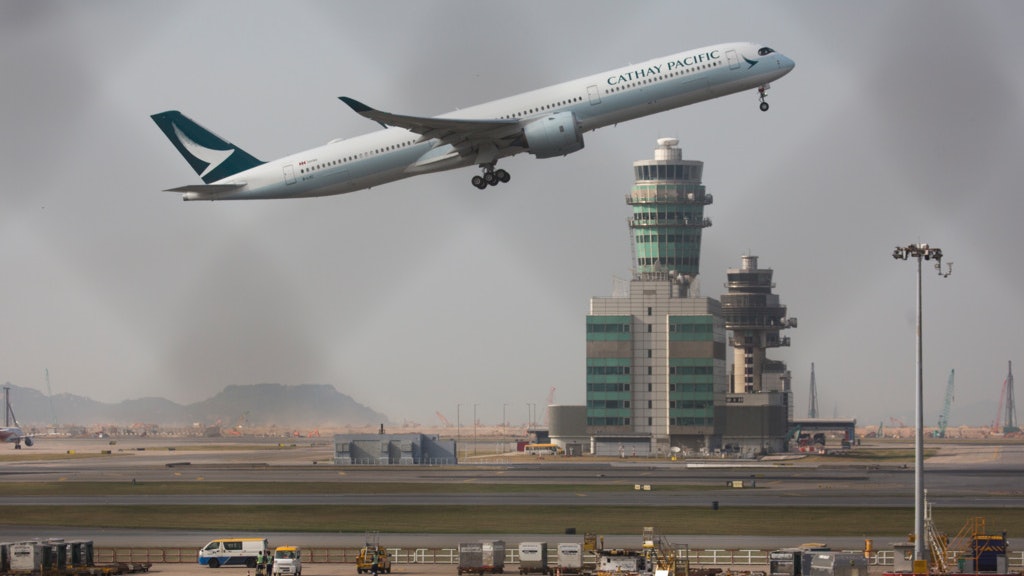 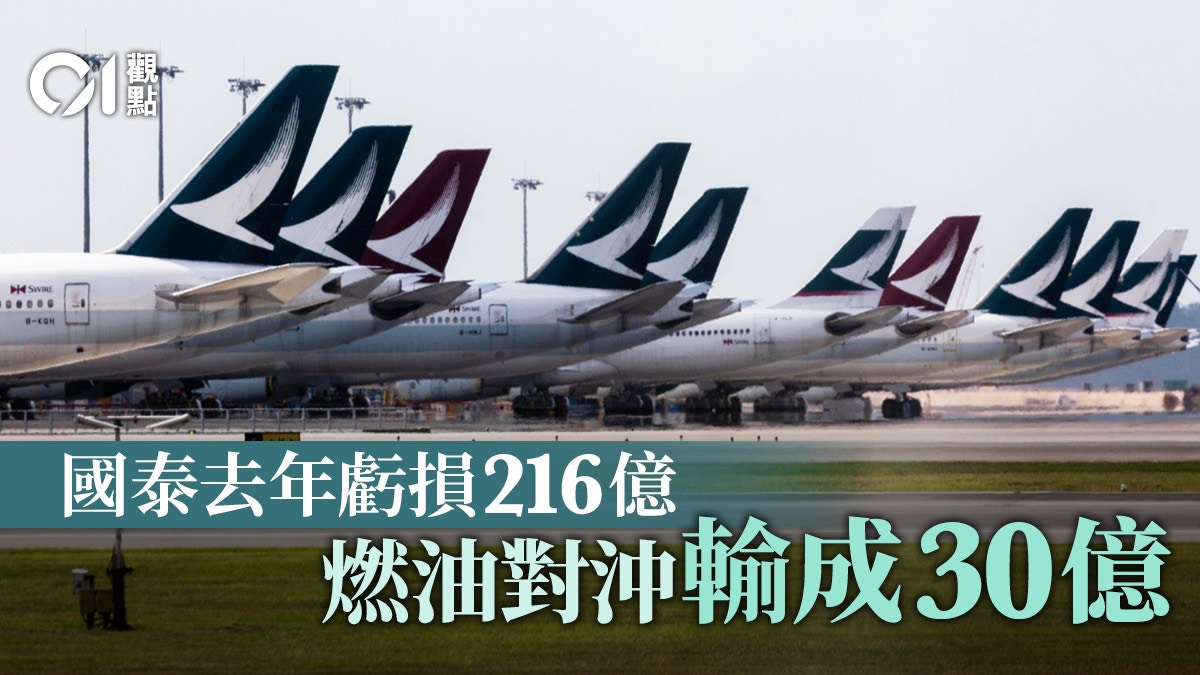 What should the Hong Kong government do if Cathay Pacific loses 20 billion yuan? 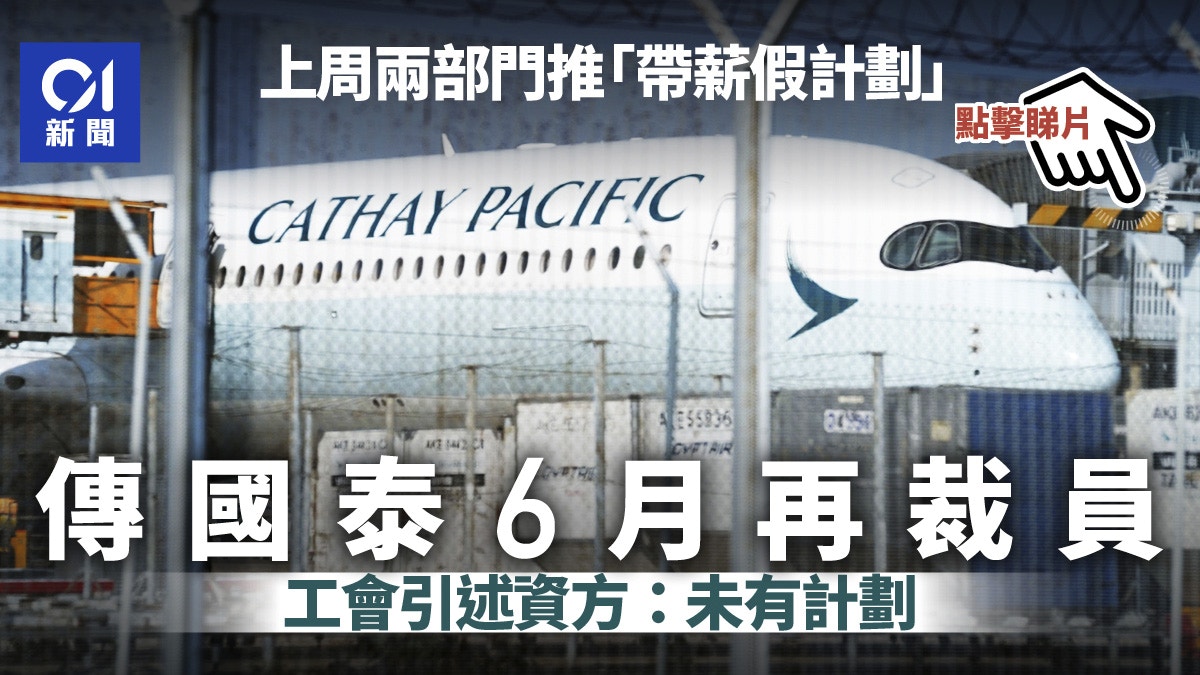 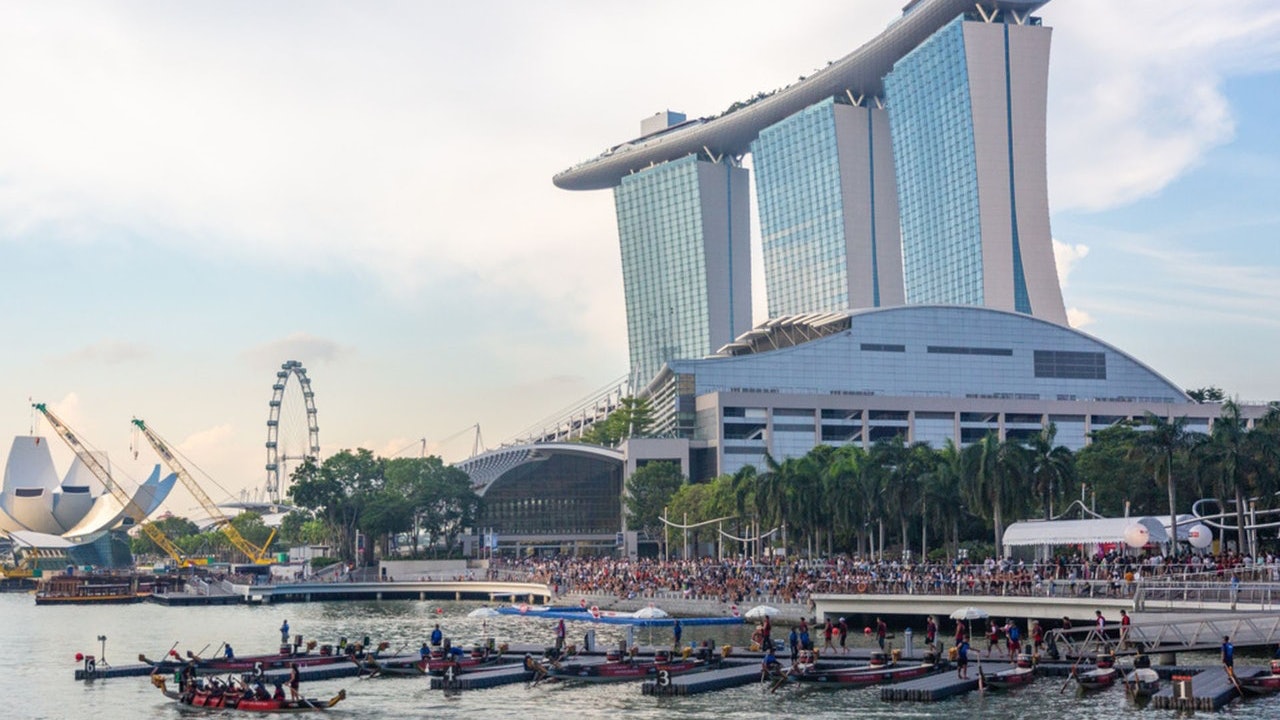 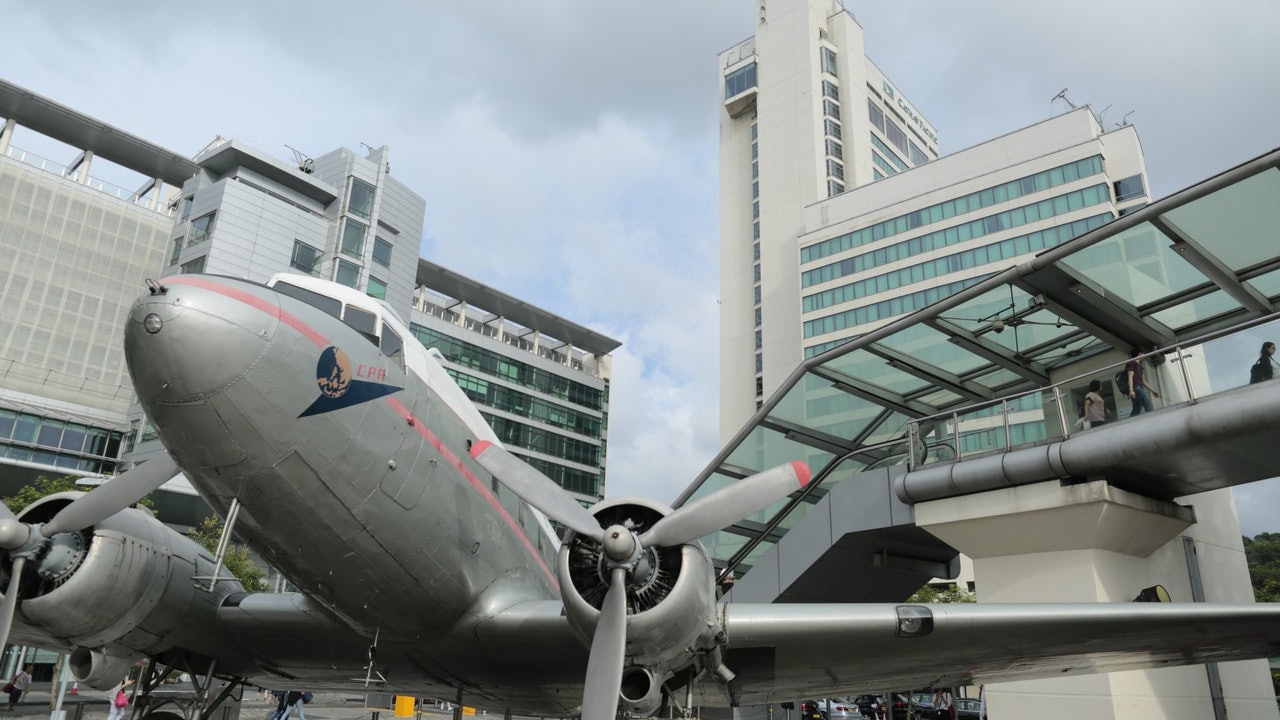 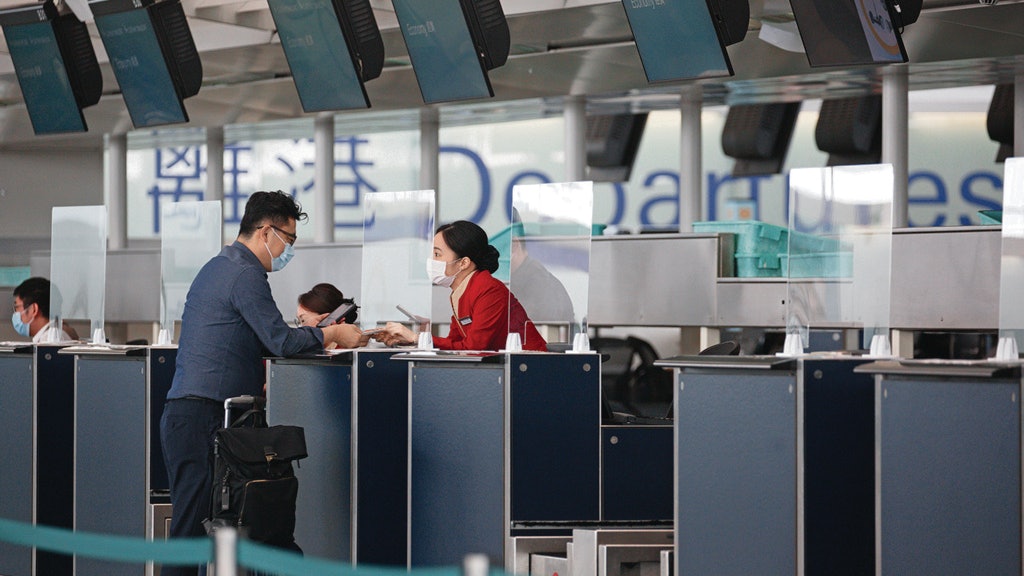 Cathay Pacific merges the two positions of airport ground service to take effect on September 1, and about 30 people want to "stewed mushrooms" 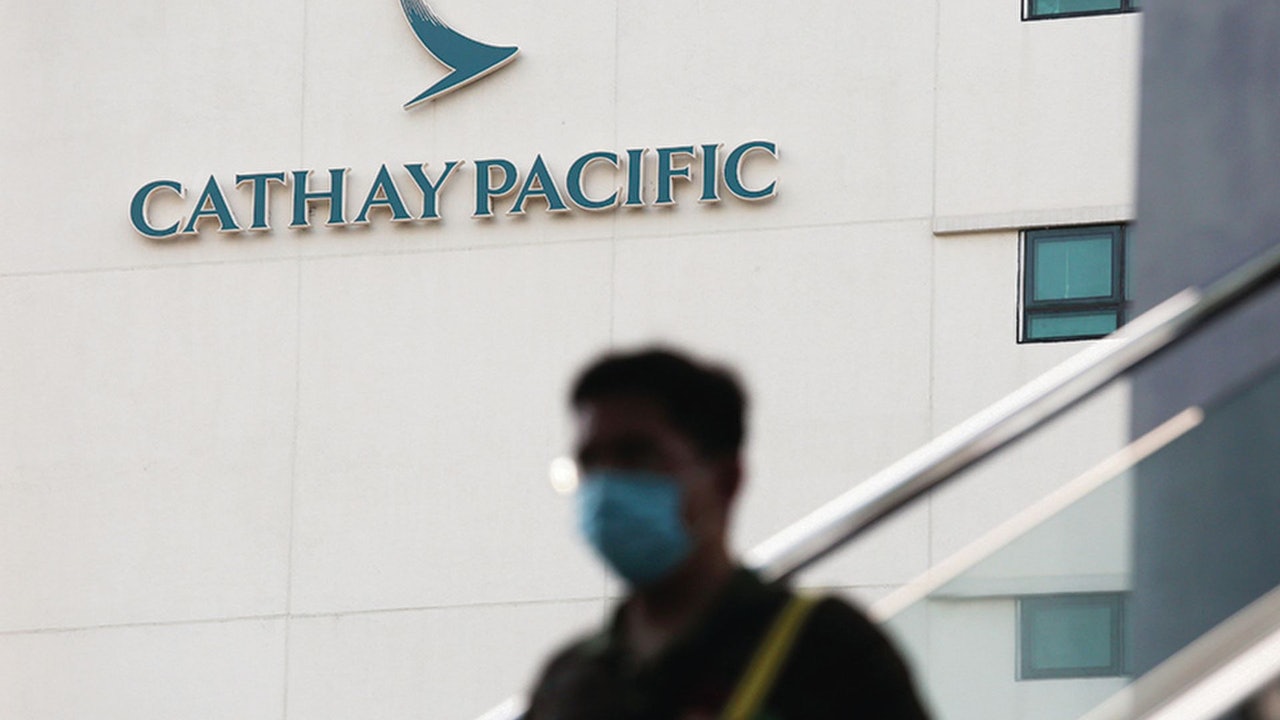 Cathay Pacific raises 6.74 billion yuan in convertible bonds to meet the challenge of the epidemic