Cautiously and with few announcements, Kicillof explained how the quarantine continues in Province

If the reduction of cases in the AMBA is maintained, the activity in shopping centers and group sports in the open air would return. The interior tripled the cases in two months and puts the return to school on hold. 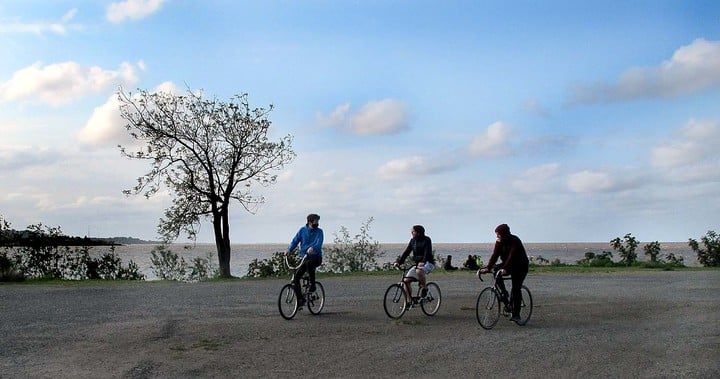 Next week in the suburbs there would be the

"if the decrease in cases continues" in the 35 municipalities that are part of the AMBA.

steps already announced that are pending

and have a date are the authorization so that the residents of summer houses can go to those destinations from November 1 and the return -short and limited- to the school presence in a handful of districts of the inside.

Axel Kicillof reiterated this Friday that the epidemiological panorama continues "in decline" in the Buenos Aires metropolitan area.

Seven weeks have been recorded with this trend: in the last of August there were 5,300 infections a day on average and in the one that ends today there were 2,800.

The number of ICU bed occupancy also decreased: from 1,200 to 896, which was on Friday.

“The reduction is substantial but slow.

We have to keep walking carefully ”, asked the governor.

The cases in the province are in decline and some municipalities in the suburbs have already been implementing flexibilities and allowing outdoor sports.

The opposite situation occurs

in the wide provincial pampas

That is why 48 districts are still in phase 3 in the interior;

In the governor's previous presentation on the quarantine process -on October 10-, he explained that changes would occur every 15 days "

subject to the continuation of the drop in cases

and the occupation of beds in the health system."

After that, on October 19, the Chief of Staff, Carlos Bianco, reported on the authorizations that began to apply from that day: personal from private homes (without use of public transport), outdoor gyms, gastronomy on streets or sidewalks, Outings and social gatherings for up to 10 people and private multi-family works in the AMBA area.

If the scenario of low contagions continues,

next Monday they would

allow the presence of customers in shopping centers and group sports in the open.

Cultural activity is already allowed in workshops and ateliers and sports with a maximum of 10 people in interior districts with low circulation of the virus.

"If it improves, we will continue with businesses in shopping centers without gastronomy, outdoor sports practices that would be announced from Monday," explained Kicillof on Friday afternoon.

If the drop in cases continues, next week the commercial centers of the suburbs will reopen.

It will take another 10 days for other activities that remain restricted as prevention of the pandemic to be authorized.

In the Government they explain that “from the productive sector there are a few items left.

And the other social actions will have to wait for stages where the virus can be controlled ”, is the official argument.

Also in the evaluation process was

the claimed return to

It is that these days, as in the game of the goose, several lockers were pushed back.

The return to some joint activity of students and teachers in 24 districts that complied with the protocols established by the Federal Council of Education was planned.

But there were outbreaks and contagions and

the reopening had to be postponed

Therefore, there will only be face-to-face activity (for students in the last years of primary and secondary school) in 338 public and private establishments in 15 districts.

It is expected that from November 10, activity will also return to 357 schools in nine other municipalities that, according to the traffic light system, are in the "medium risk" category.

But they will be social and re-linking meetings in school settings.

The return to classes in Capital.

In the Province, the process is delayed due to the number of coronavirus cases.

"Many mayors stated that they prefer to wait because they fear sprouts and I agree with them," said Kicillof.

, in the schools of Rauch, Chascomús, Adolfo Alsina, Saavedra, Lamadrid and Chivilcoy (six of those selected) the possibility has already been ruled out due to the persistence of coronavirus cases

Lobos went from low to medium risk and was put on hold until the next evaluation.

Neither the least populated municipality of Buenos Aires, Tordillo, with 1,500 inhabitants, will resume face-to-face classes as reported by the mayor on social networks.

González Cháves and other municipalities will resolve with the directors and with the regional agents of the educational area, in the next few hours.

So far, the only ones confirmed for any student activity in schools would be Tres Lomas (where 11 thousand people live), Puán (15 thousand) and Alberti (8,200).

Daireaux, Ameghino, Lavalle, Monte Hermoso, Salliqueló, May 25, Nueve de Julio, Bragado, Carlos Tejedor, Guaminí and Lezama will discuss it with school directors, according to the recommendation made by the minister of the area, Agustina Vila.

Rodríguez Larreta announced how the quarantine continues in the City: gyms and lounges of bars and restaurants open 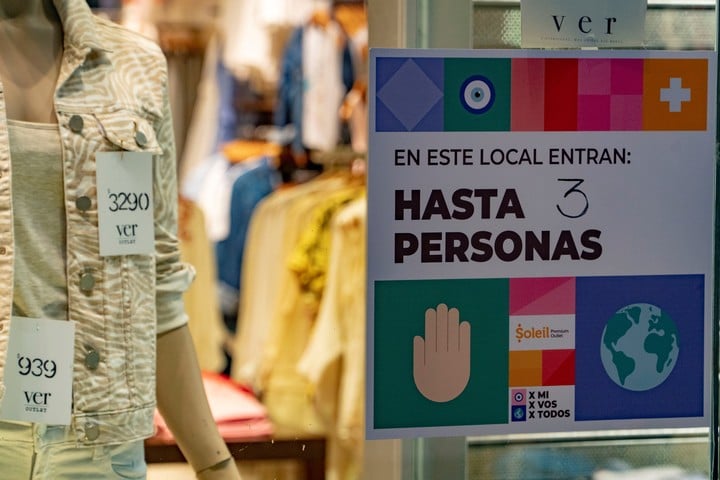 Cautiously and with few announcements, Kicillof explained how the quarantine continues in Province 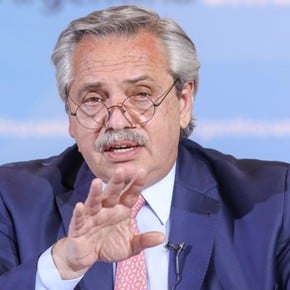 Official announcement: what activities will be enabled in Greater Buenos Aires and since when 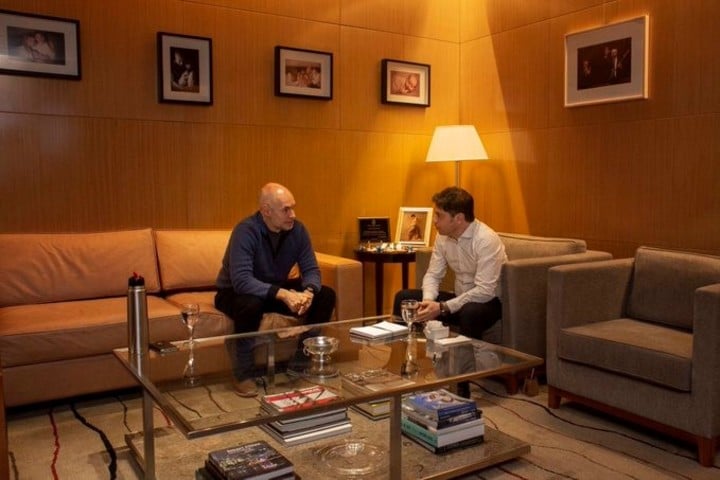 Quarantine due to the coronavirus: the Government admits "errors" and Alberto Fernández returns to lead the announcement 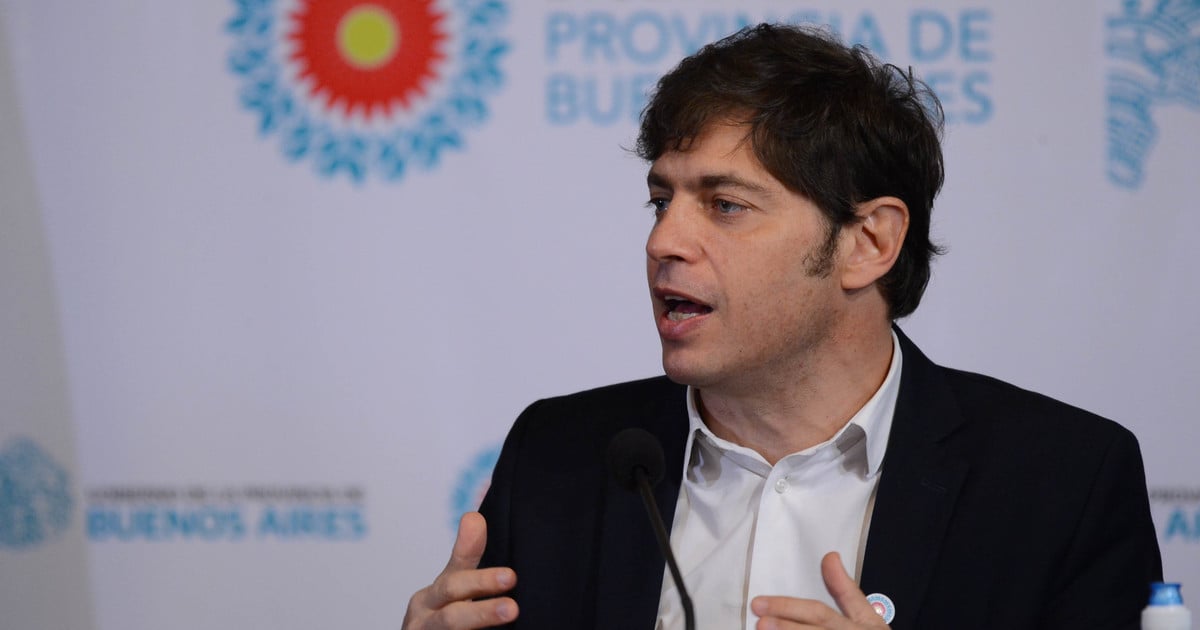 Axel Kicillof on quarantine: "What is coming is a 'Stop and Go', a coming and going according to infections" 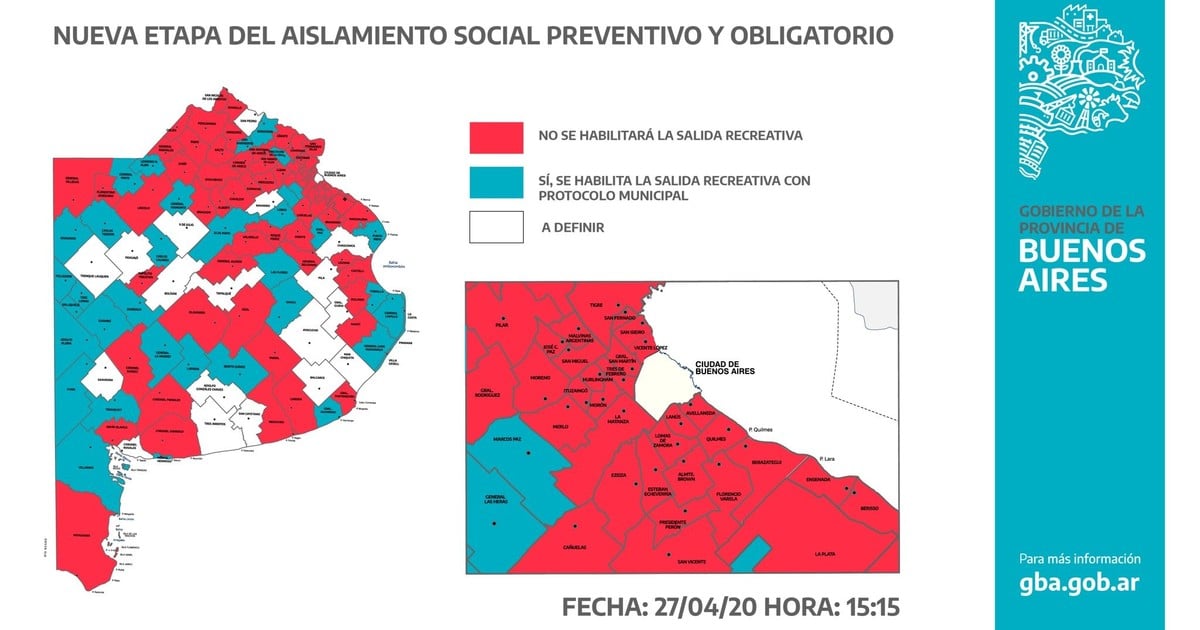 Coronavirus in Argentina: how was the map of recreational outings after the latest changes confirmed by the Province 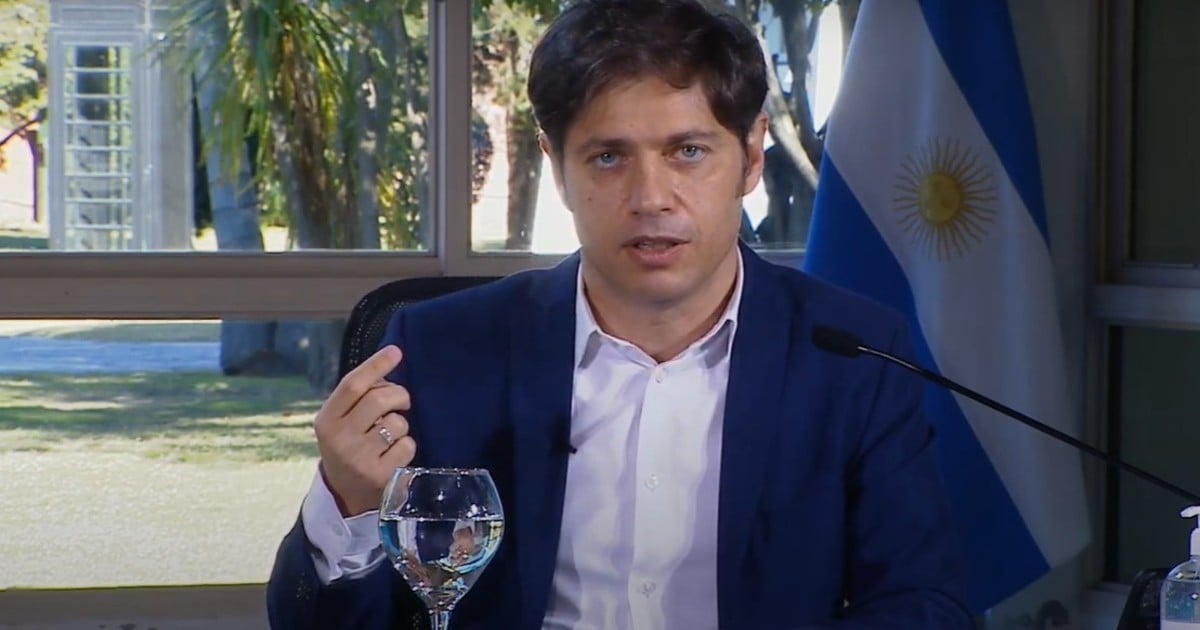 How the quarantine in the GBA continues: the "cautious phase 3" will be with shops and activities, but without runners or recreational outings 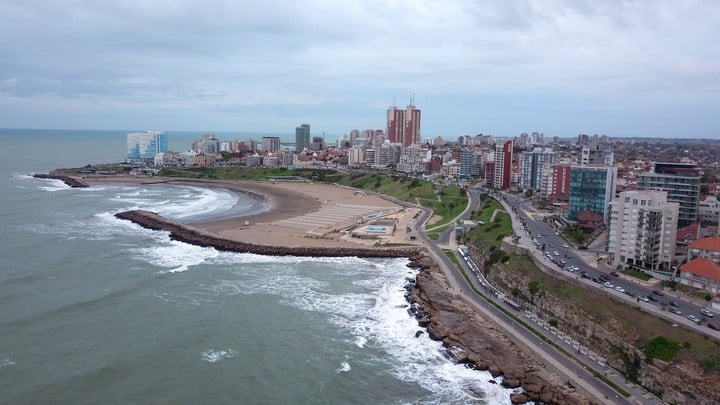 Quarantine: the Province once again postpones the return to classes in several municipalities and will not add openings on Monday 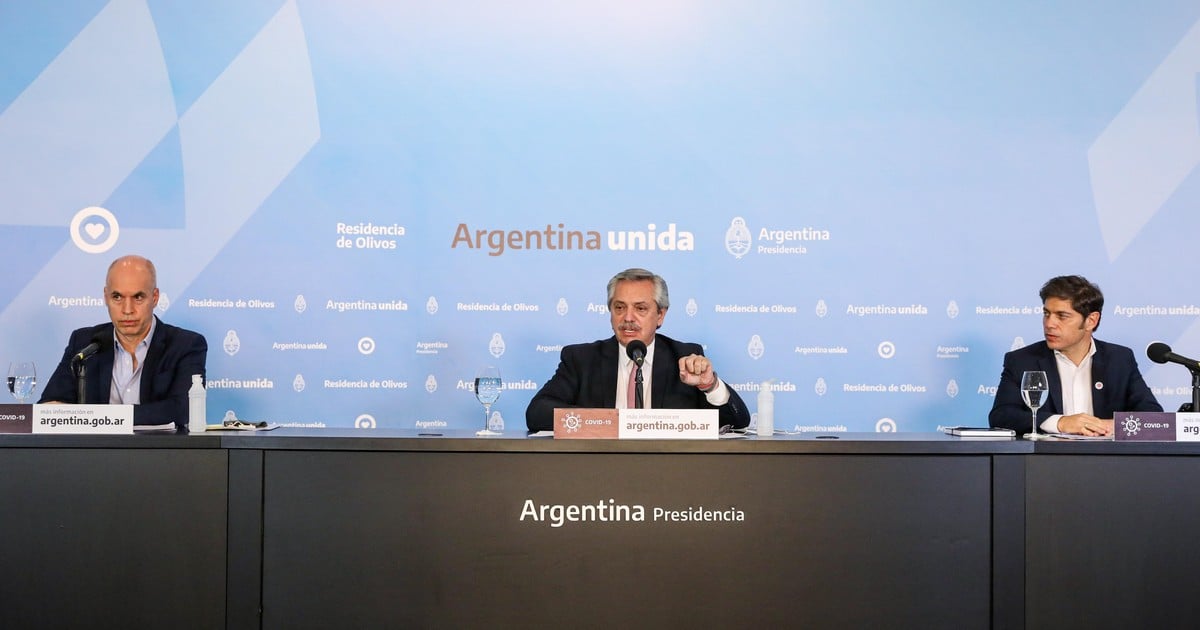 Summit in Olivos: Alberto Fernández defines with Axel Kicillof and Horacio Rodríguez Larreta when the quarantine in AMBA lasts 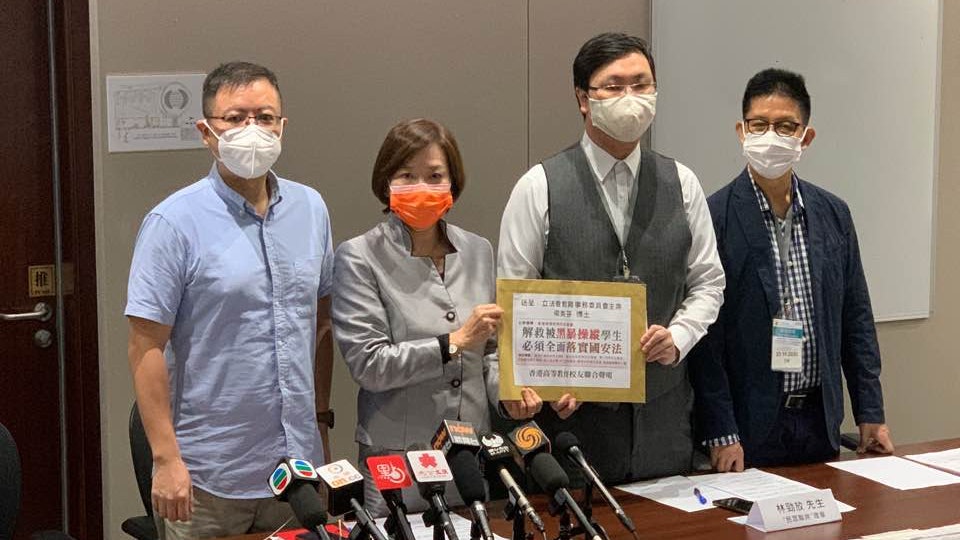 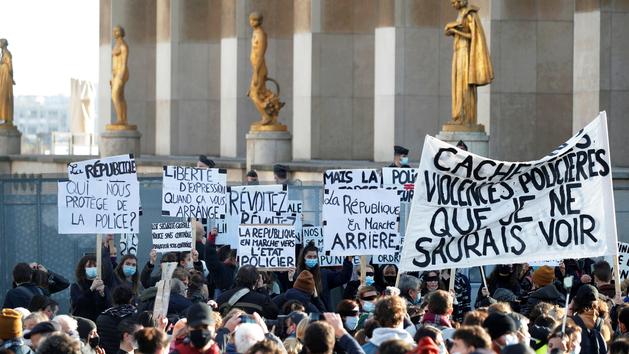 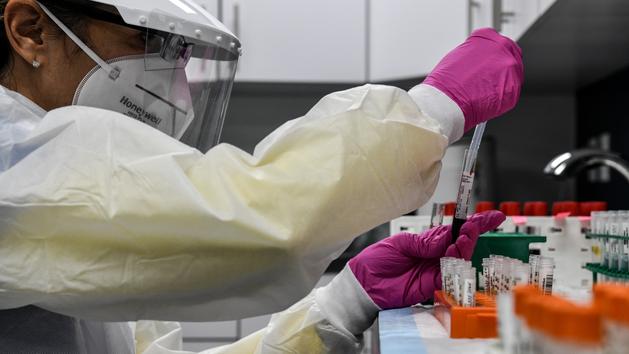 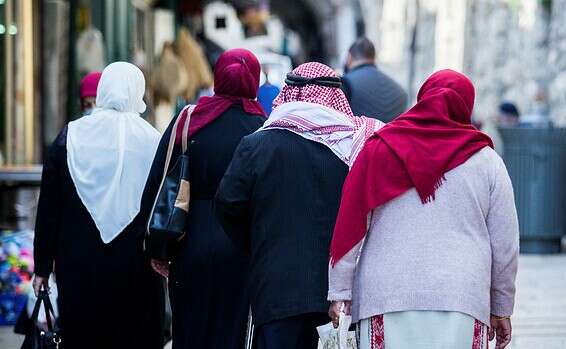 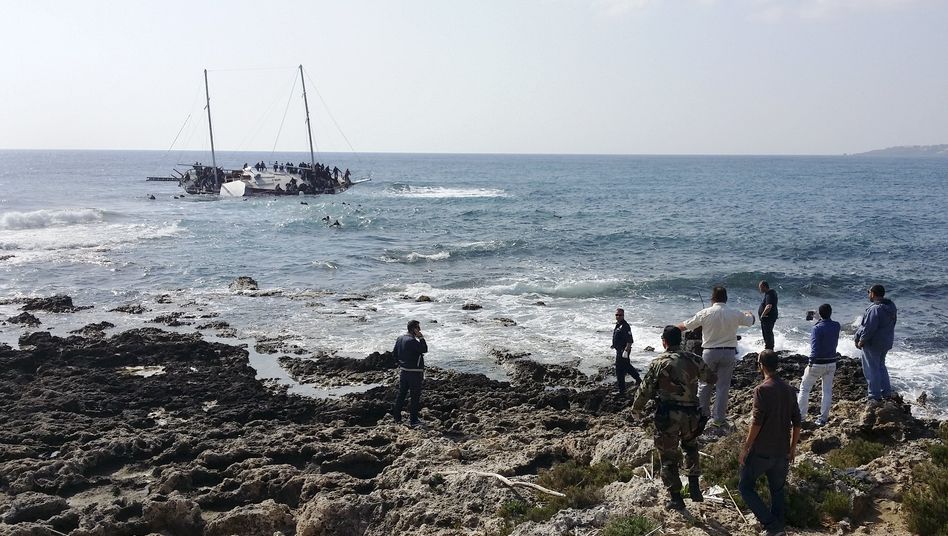 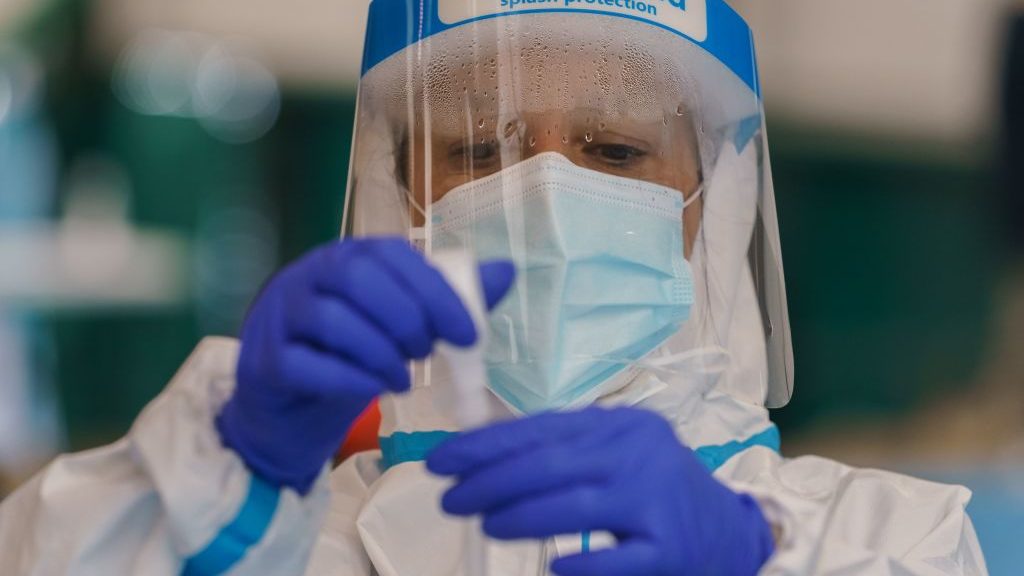 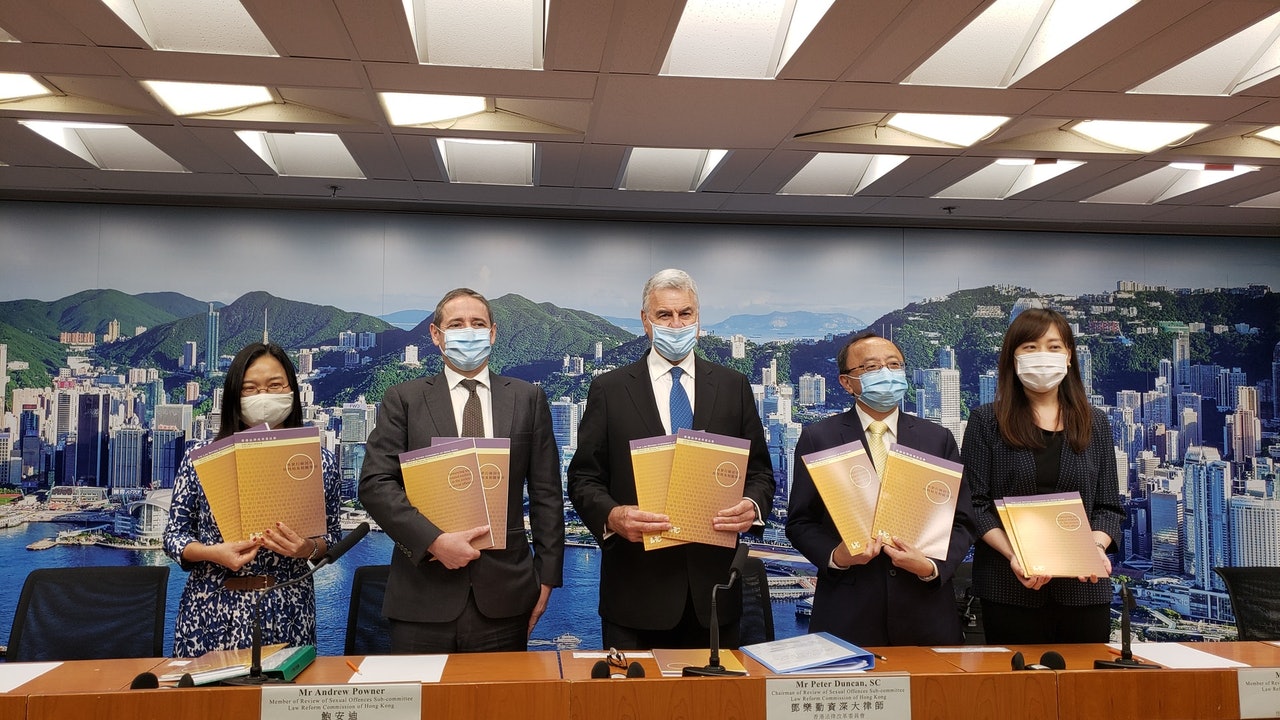