A change in the corona strategy: Merkel is planning a “lockdown light” for Germany - and is getting broad support

Chancellor Angela Merkel and Head of the Chancellery Helge Braun are said to have made a Corona appeal directly to the top CDU bodies. The situation is assessed as "threatening": "Every day counts". 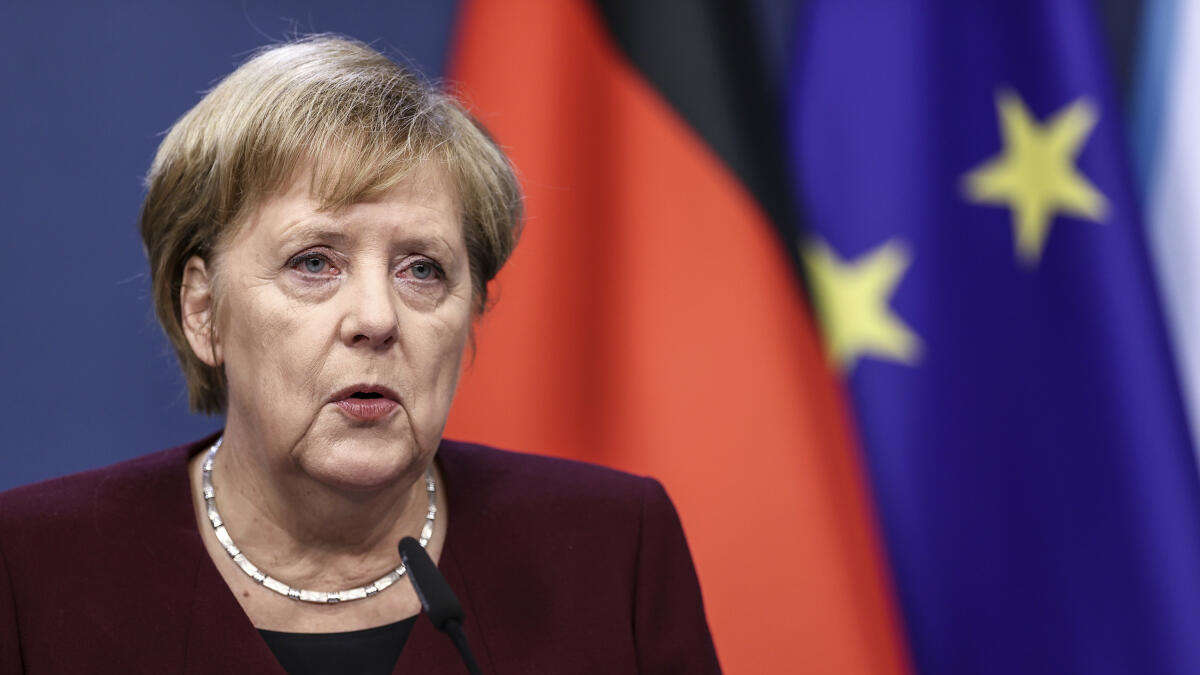 Chancellor Angela Merkel and Head of the Chancellery Helge Braun are said to have made a Corona appeal directly to the top CDU bodies.

The situation is assessed as "threatening": "Every day counts".

On Wednesday, the 16 Prime Ministers will meet again with

- the measures may be

“Lockdown Light” is the keyword.

Now more voices are being raised who can imagine such tightening: If the number of

Compared to the news portal “The Pioneer”, he speaks of more stringent measures, “for example that we shut everything down for a week”.

He himself calls it a "very, very hard" solution.

"Otherwise we will run into an uncontrollable lockdown," warns Lauterbach.

And what do the Germans expect?

the YouGov opinion research institute on behalf of the

a lockdown in which shops, restaurants and schools will be closed.

23 percent do not believe in it, 13 percent did not provide any information.

Merkel on the corona pandemic: "A practical test for our society"

the danger of growing social upheaval in the

"The pandemic hits us all, but some are particularly hard," said Merkel on Monday evening in a video address on the occasion of the presentation of the German Social Prize.

This is especially true for those who are "not on the sunny side of life" anyway.

is proving to be a "test for our society and its cohesion," said the

The Chancellor emphasized the important social role of charities, but also their contribution in the fight against extremism.

and the 16 prime ministers

for the prime ministerial

Apparently, the Chancellor is planning a

because of the increasing corona infections

, several measures are to be tightened.

"It will have to be discussed what can be done to curb the spread of the virus again as soon as possible," announced government

"Our focus must be on what the federal and state governments can do together to break this trend as quickly as possible." The seriousness of the situation is "I think everyone is aware".

Seibert said he “counts on resolutions”.

, which most recently was based primarily on regional measures.

However, the past Prime Minister's conferences showed that the 16 country leaders were often unable to agree on uniform measures, but whether this will change on Wednesday remains questionable.

At 6 p.m. Angela Merkel will give

at the award ceremony of the Social Prize 2020 of the

It is not clear whether she will also comment on the current corona situation.

should, according to information from the

in an appeal directly to the

Since there is currently a doubling of the number of

every seven days, the conclusion that the measures taken so far would not be sufficient.

A slowdown in the infection process is not noticeable.

In addition, the health authorities could no longer understand chains of infection.

The current situation is

Merkel appeals to top CDU bodies: the situation is "threatening"

Their appeal is clear:

"The increase must be stopped"

The head of the

well in the summer.

Now the situation has changed, however, and if the development progresses like this, the

would be overloaded at some point.

Therefore, you absolutely have to shut down all contacts.

In this way, the pandemic could be made controllable again.

already warned that tougher and uniform measures must now be taken in the fight against the pandemic.

Decisions on this would have to be discussed this week.

appeals about the corona situation

- internally, however, the German head of government is apparently even clearer.

In the meantime, further details on Merkel's statements in a

virtual meeting with the Union parliamentary group leaders are

that she “did not have a good feeling”;

they assume that the number of

According to the information, Merkel expects that

no major events will be

until at least February, even in the open air

Corona cannot be brought under control "with simple means".

Due to data protection concerns in Germany, the

Korean way of tracking is also

not a means - for the same reason, the

Merkel had "let it through several times" that one could have listened to her earlier, the article says.

as a main reason for the rising numbers

The Chancellor deliberately did not want to sound “opinionated”.

Indirectly, she also made it clear that she considers

capacity problems in some regions' hospitals

"I do not think that someone in Mecklenburg-Western Pomerania, where there is still capacity, would like to be admitted to the hospital because it is already full elsewhere", quoted the

The Chancellor allegedly stated that she expected the vaccine from the manufacturer Biontech to be approved in mid or late December.

Most recently there was talk of a vaccine approval in spring 2021. Already on Sunday it was reported that Merkel had declared in the switch her concern about “very, very difficult months” - and with regard to the corona pandemic of a “visitation “And (again)“ doom ”spoken.

In the past few days, the daily new infections were always in the five-digit range and the number of reproductions was well above 1. In addition, the number of corona hotspots in the country is increasing noticeably.

More and more of the 401 German urban and rural districts are breaking the critical incidence mark * of 50 new infections per 100,000 inhabitants.

While there were 97 districts a week ago, there are currently 251. In view of these worrying developments,

On Saturday, the CDU politician * already made an appeal to the population and again urged people to refrain from traveling and making contacts.

“The order of the day for all of us is: reduce contacts.

Meet a lot fewer people, "she said in her video podcast published on Saturday.

said that compared to last week, "the

The number of corona infections continues to rise rapidly.

But we are not powerless against the virus.

What everyone can and should do now: Reduce contacts and meet fewer people.

Chancellor Merkel in an unusual podcast:

Corona in Germany: internal Merkel conversation seeps through - "it cannot go on like this"

After her warning words on Saturday, the

next day and again warned of difficult times.

"We are facing very, very difficult months," said the

according to bild.de, in a switching conference with the

information, the head of the Union faction, Ralph Brinkhaus (CDU), also took part in the round.

, which is to take place on October 30, Merkel “doesn't have such a good feeling” because of the current infection situation, because “it can't go on like this,” the

from the confidential conversation.

In addition, the Chancellor * is said to have

as a "visitation" and "calamity" that no one could have imagined before.

Corona in Germany: what's next?

For the coming months, the

therefore not very optimistic and apparently predicted that no larger events would be possible outside at least until February.

could not be mastered "with simple means".

is said to have

explicitly not used the Corona in Germany: decision on fourth vaccine in the EU should be made soon 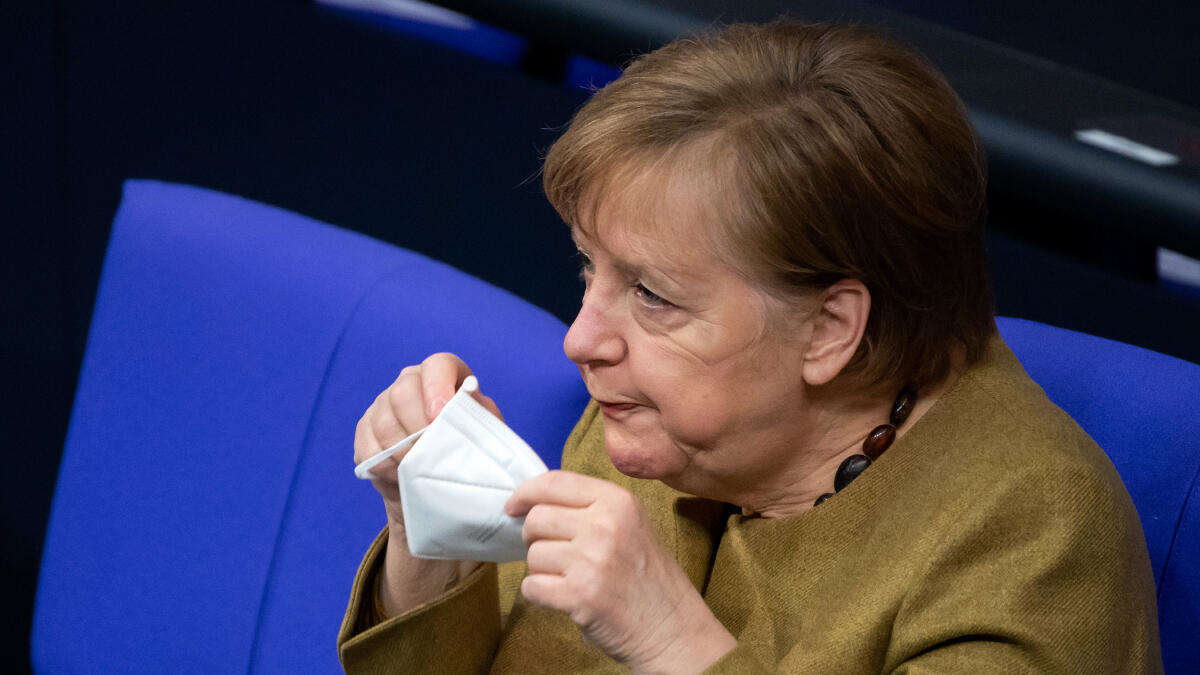 Corona: ARD announces surprise - Chancellor Merkel in the evening in a TV interview

Merkel threatens vaccination refusals with consequences in an ARD interview: "If you don't want that ..." 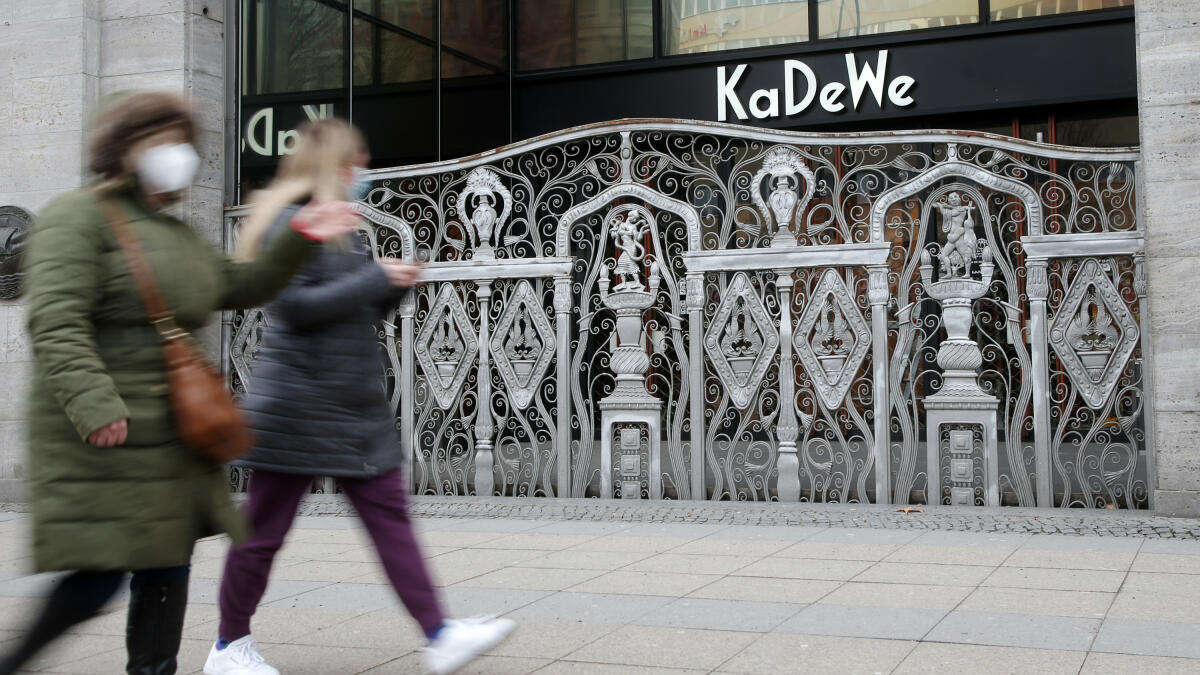 No easing for retail trade: trade association with demands on Merkel - is a revolutionary idea coming?

No easing for retail trade: trade association with demands on Merkel - is a revolutionary idea coming?