Outline War: In what format will the studies be resumed? | Israel today

| EducationThe Minister of Education proposes: A-D will study for at least four days and in capsules • On the other hand, a proposal was made in a discussion with the Prime Minister: A-B will study for five days, C-D - only four Education Minister Yoav Galant presented yesterday the outline that his ministry has put together for the return of first- and fourth-grade students starting next week, but followin 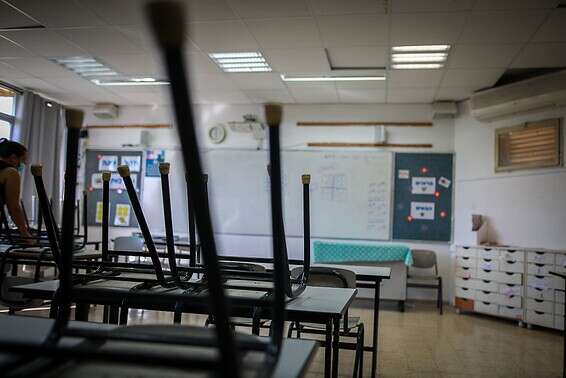 The Minister of Education proposes: A-D will study for at least four days and in capsules • On the other hand, a proposal was made in a discussion with the Prime Minister: A-B will study for five days, C-D - only four

Education Minister Yoav Galant presented yesterday the outline that his ministry has put together for the return of first- and fourth-grade students starting next week, but following public pressure, the prime minister proposed his own outline.

As part of the plan outlined by the Minister, it was determined that first and fourth grades will study at least four days a week in educational institutions, in order to allow school principals administrative flexibility.

Those who do not have the appropriate resources to hold five days for everyone, will be able to transfer the resources of third-fourth grades (which are intended to study five days) to first-second grades.

This will allow the move for first-second grades to study for at least four days instead of three, as was feared to happen due to the conditions set by the Corona Cabinet for dividing the grades into two.

Minister Galant said in a conversation that although many authorities have announced that first- and fourth-grade students will study for five days, in practice he estimates that not everyone will be able to afford it and that is why the provision of at least four schooling days is intended for first-fourth grades.

"Anyone who can have five school days at one age or all will be blessed, and we will help him," Minister Galant said.

Grades 5-6 will continue at this stage in distance learning.

The pressure starts to take effect

It should be emphasized that the outline proposed by Galant is based on the Corona Cabinet's directive three days ago, which instructed the Minister of Education to formulate an outline that will address the learning of first- and second-graders in groups of up to 18 children per class, and will be submitted today to the Corona Cabinet.

Channel 12 reported that in the discussions held yesterday by Prime Minister Netanyahu with the heads of the local government and representatives of the Ministry of Health, another proposal was considered: to increase the number of school days in first and second grades to five and cancel the capsules, which will be in the afternoons. According to this proposal, they will study four days a week and divided into capsules, so, three days before returning to school, no one still knows what the final outline will be.

Speaking to reporters, Galant said the results of distance learning are evident, among other things, in impairing the acquisition of critical basic skills at young ages such as reading and writing, as well as in high school dropouts, personal difficulties, increased distress, increased screen use - causing nervousness and depression in children, Injury within the family and increase in obesity due to decreased activity outside the home.

The plan drawn up by the Ministry of Education, in coordination with school principals and heads of authorities, was chosen as "Going Forward" and was intended to address the next two weeks, as outlined by the Corona Cabinet, which authorized the Minister of Education to formulate an outline.

As reported in "Israel Today", the cabinet did not stipulate that first and second grades will study three days a week, but stated that the classes should be divided into two classes in these strata, so that each class will have up to 18 children (these conditions are not relevant to third graders -D, which since the beginning of the year have been divided into capsules of up to 18 children in a class, in contrast to first- and second-grade students).

The Cabinet has authorized the Minister of Education to formulate a plan that will meet these conditions.

Recall that the program is intended for the next two weeks only, and only after there are conclusions regarding morbidity in the education system, a more permanent plan will be formulated.

Minister Galant said that "our original plan is to return primary school students to five days of schooling. Given the budget constraints and health conditions set by the Ministry of Health - I have decided that first and fourth graders will come to schools for at least four days a week, and there will be institutions where I will trust and believe in our excellent principals and teachers, who together with the heads of the authorities will run the educational institutions in the best possible way. The school principals will take care of the education of the students, while maintaining and taking care of their health and safety. "

The question of the upper classes

And what will happen in two weeks?

The Ministry of Education will operate as determined by the Corona Cabinet.

Galant estimated that the upper grades would eventually return to study and said his office was considering postponing the winter dates of the matriculation exams to help students.

"I very much hope that we will stay on small amounts of patients. I think it is expected that with the release of the economy there will also be an increase in morbidity in different sectors. I hope the cabinet gets my position and opinion because the education system is what is called vital economy. One way or another, and certainly not to stay closed for months, because the prices are heavy and we can not stand it on the pedagogical side. "

Meanwhile, many teachers and teaching staff approached the testing complexes across the country yesterday and performed a test to rule out the corona virus.

In many complexes it has been announced that priority is given to teaching staff and teachers.

Classes in fifth-sixth grades will be resumed next week, Lili closed in orange and red localities - Walla! news 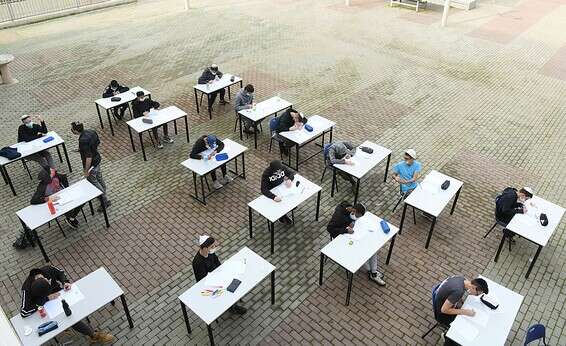 Netanyahu: I talked to Putin about the possibility of purchasing the Russian vaccine for Corona - Walla! news

New traffic light: the model that will allow the return of studies in half of the localities in the country - Walla! news

Less than a week to go back to grades: 5th-6th grades are still uncertain - Walla! news

Ahead of the cabinet meeting: it seems that the studies will not be resumed tomorrow either - Walla! news

"Calculated risk": The Ministry of Health hopes that the return of studies will accelerate vaccines - Walla! news 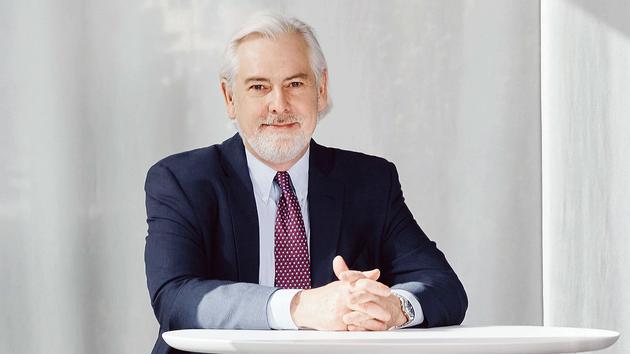